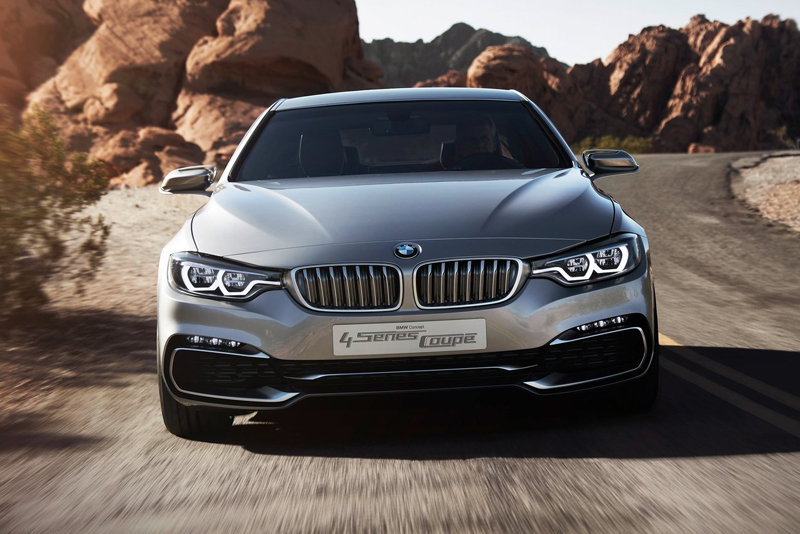 Marking the start of a new cycle for BMW, the 4 Series will represent aesthetic and dynamic appeal for the brand. Question is, will superstitious asians frown upon the dreaded number?

See it as the new 3-Series Coupe, the BMW 4-Series Coupe Concept will replace the sporty range of BMW's bread and butter sedan. But while the younger crowd may not be affected by the new numeric branding, the older folk here in our asian countries may not be so keen to wear that badge. "4" in mandarin and a majority of its dialects sounds like the word "die".

Many superstitious drivers have avoided having this number on their registration plates, or anywhere on their car for that matter. Years ago, the Alfa Romeo 164 was even rebranded the 168 for our markets.
For BMW's sake, I'm sincerely hoping that this will not hinder customers from owning a 4-Series though, because the initial impressions look rather superb.

With a wheelbase that measures 50 mm longer than that of the existing 3-Series Coupe, (45 mm has been added to the front track and 80 mm to the rear track), the car looks substantially longer in the photos already. At 1,826 mm wide, the BMW 4-Series Coupe Concept is 44 mm broader than its predecessor, its roof line is also 16 mm lower - all this results in a more low-slung stance and sportier proportions. 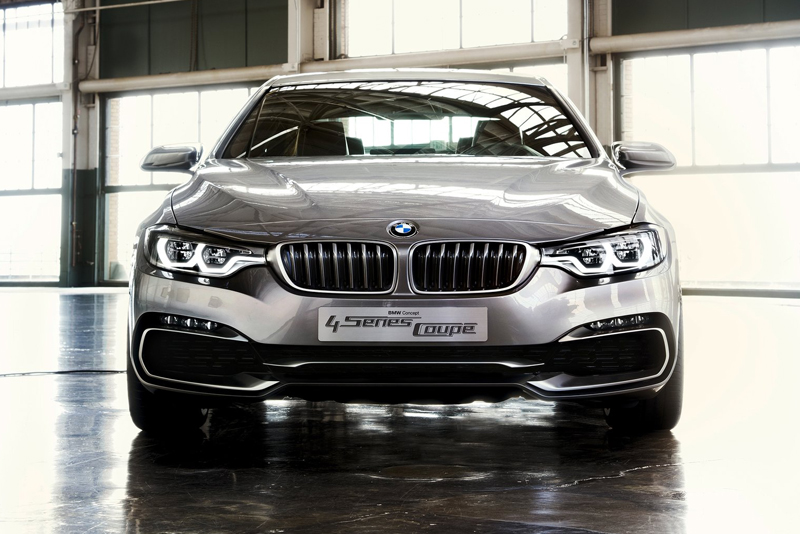 The new concept car has a stronger front and rear-end that adds a three-dimensional depth to the overall design. The kidney grille is closed off in the interests of optimising aerodynamics and keeping fuel consumption low, and the areas between the elaborately designed, satin-finish grille slats are blanked off by dark surfaces. 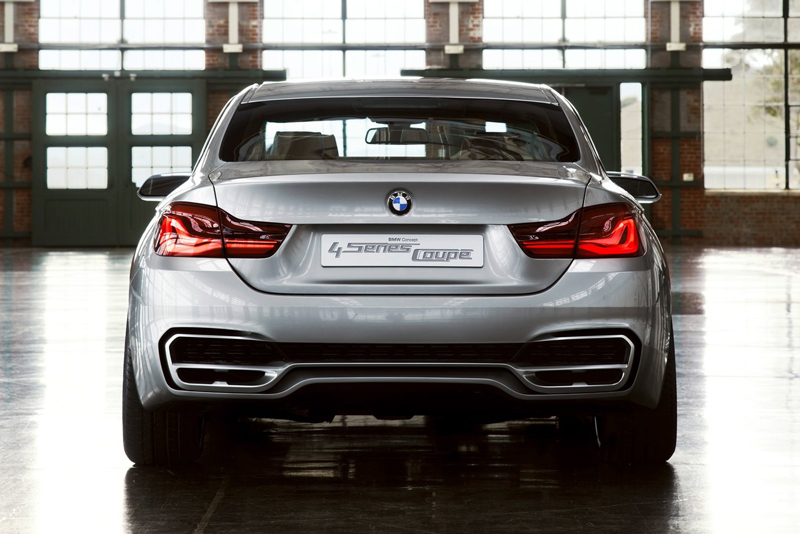 The full-LED headlights are a hexagonal, extremely technical-looking take on the customary BMW twin circular design. The dynamically chiselled, slimmer interpretation of this iconic design cue integrates seamlessly into the front end. An optical fibre leads out from the inner headlight tube and forms a visual link between the inner headlight and the kidney grille. In so doing, it gives the front end of the Coupe an even broader look. 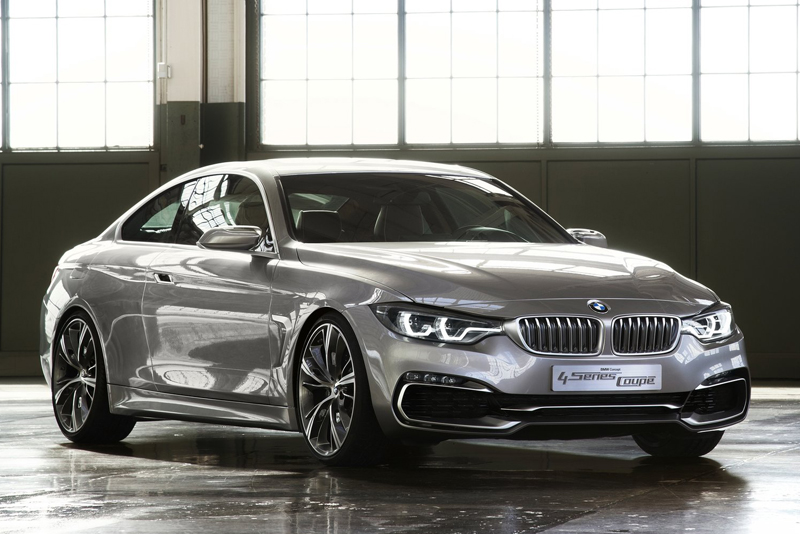 The most eye-catching feature of the car's nose beyond the familiar BMW kidney grille and twin circular headlights is the large air intake in the front apron. AT the rear, the L-shaped rear lights of the BMW 4-Series Coupe Concept blend harmoniously into the car's overall design. 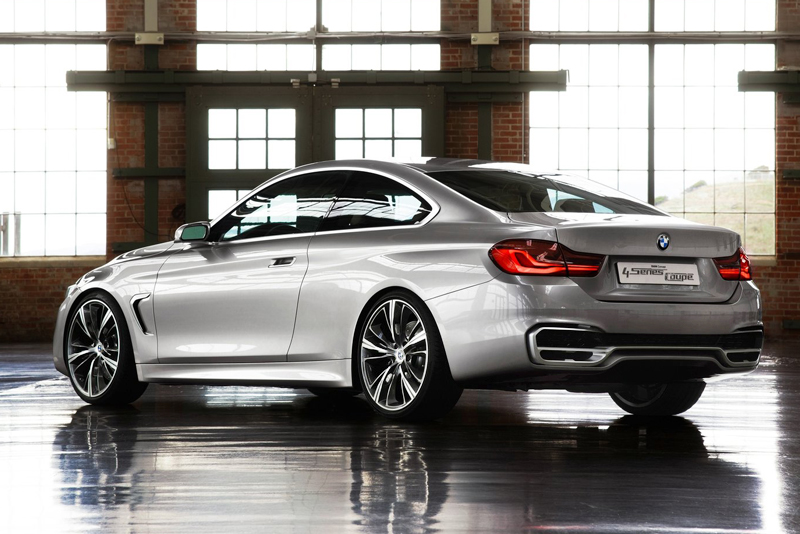 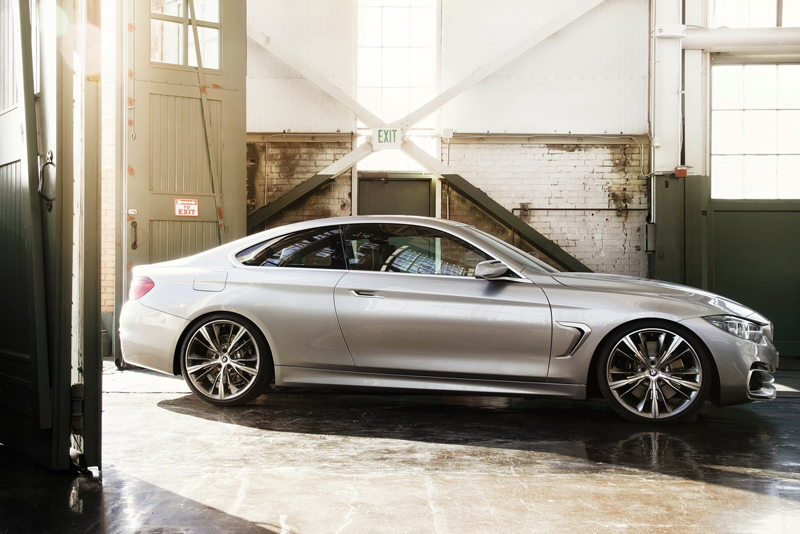 The fine detailing of the BMW 4-Series Coupe Concept exterior is continued inside the car, numerous elements of which reflect the exceptional attention to detail with which the BMW 4-Series Coupe Concept has been put together. As well as discreetly embossed "BMW Individual" lettering on the seats and door sill strips, the seats are also home to very special hand-braided leather trim elements, which run vertically down the seats and enhance the interior's feeling of class. The likewise leather-covered cup holders also adopt the braiding theme, as do the floor mats. 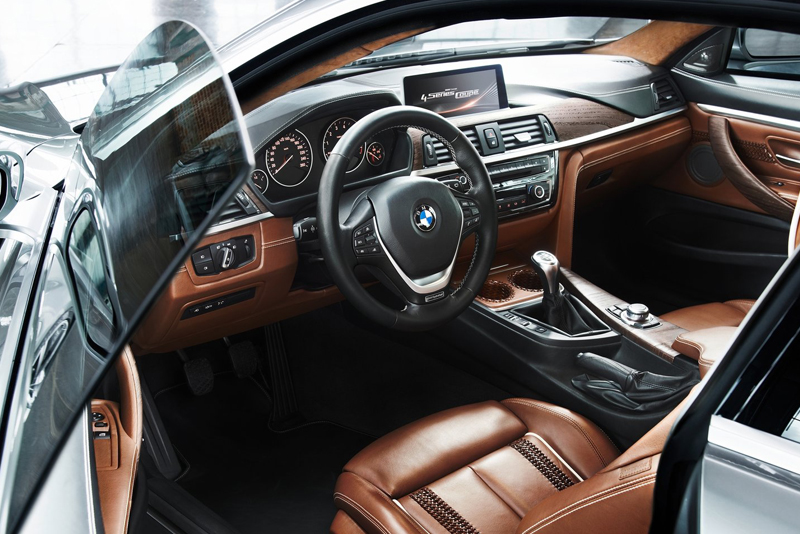 No official news on engines just yet, but expect the usual twinpower turbocharged units for some high-end punch in the top-of-the-range units.