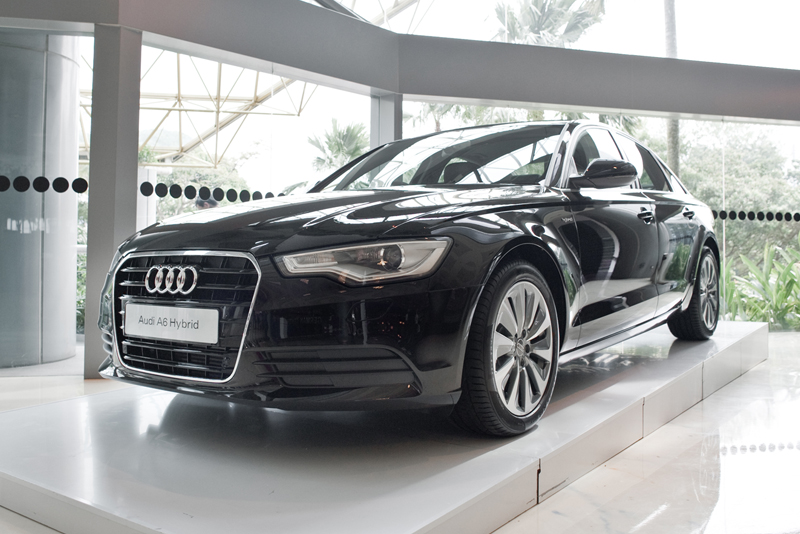 Efficiency of a four-cylinder engine with the performance of a V6? That's what the Audi A6 hybrid offers. Combining the best of both worlds in efficiency and power.

Powered by a 2.0 TFSI with 211 bhp and 350 Nm of torque, the A6 hybrid works together with an electric motor producing 54 bhp and 210 Nm of torque to produce a combined 245 bhp and 480 Nm of system torque. The electric motor is mounted directly behind the TFSI in the space usually occupied by the torque converter in front of the modified eight-speed tiptronic.
"Technology and progressiveness stand at the core of the Audi brand. We are therefore very proud to introduce the hybrid model to the Singapore market as an addition to the successful Audi A6 line-up. With more than 20 years of experience in hybrid technology, Audi is excited to bring you an efficient and dynamic product, all rolled into one,” said Reinhold Carl, Managing Director of Audi Singapore.

The Audi A6 hybrid can drive at up to 100 km/h purely on electric power and has a range of three kilometers at a constant 60 km/h. It can also drive using the combustion engine alone or in hybrid mode. 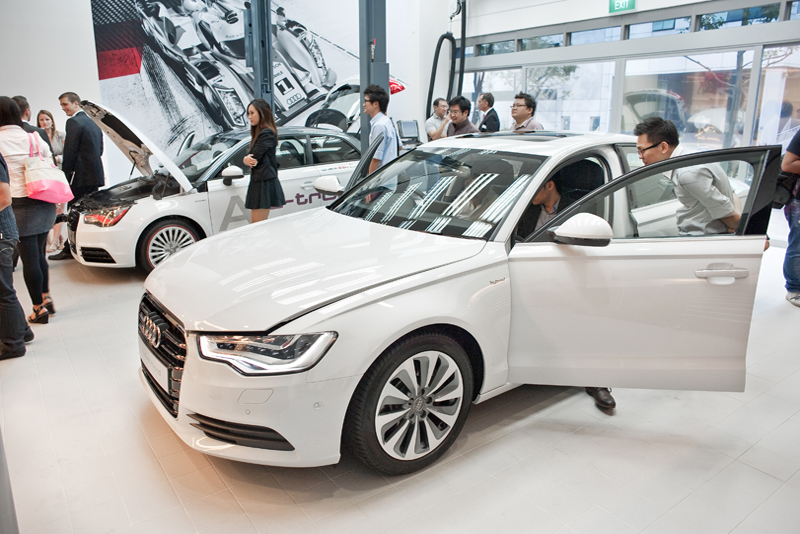 The hybrid sedan accelerates from 0 to 100 km/h in 7.5 seconds and reaches a top speed of 240 km/h. Standard fuel consumption is less than 6.2 liters per 100 km, which corresponds to CO2 emissions of less than 145 gm/km. 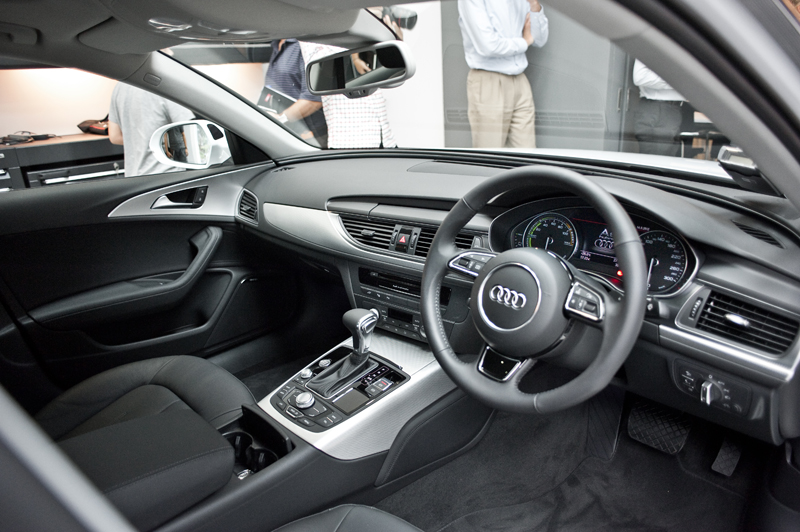 The lightweight and compact lithium-ion battery is located in a crash-proof area in the trunk. It provides 1.3 kWh of nominal energy and 40 kW of power. Two different methods are used to air cool the battery, depending on need, with air blown from the passenger compartment by a fan and via a separate cooling circuit coupled to the deluxe automatic air conditioning system. This technology keeps the battery within the suitable temperature window over a broad range, ensuring a relatively large proportion of electric driving. 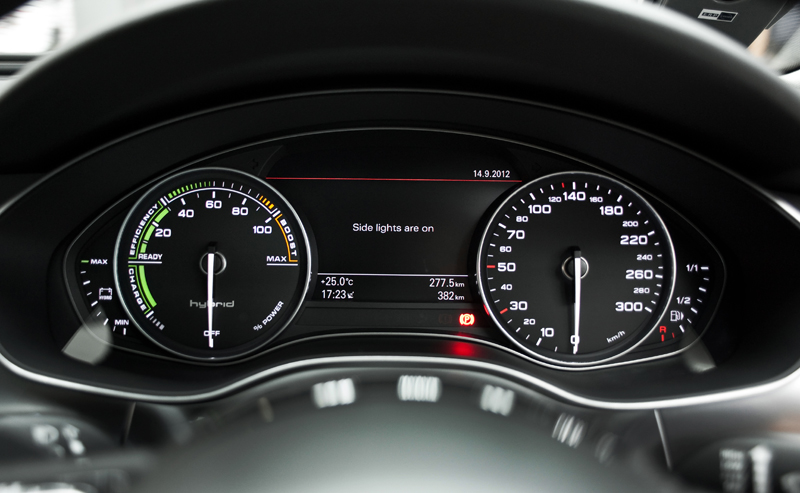 The A6 hybrid recovers energy during braking and activates both power sources at the same time during strong acceleration. Special displays on the instrument cluster and the MMI monitor depict the various driving states. 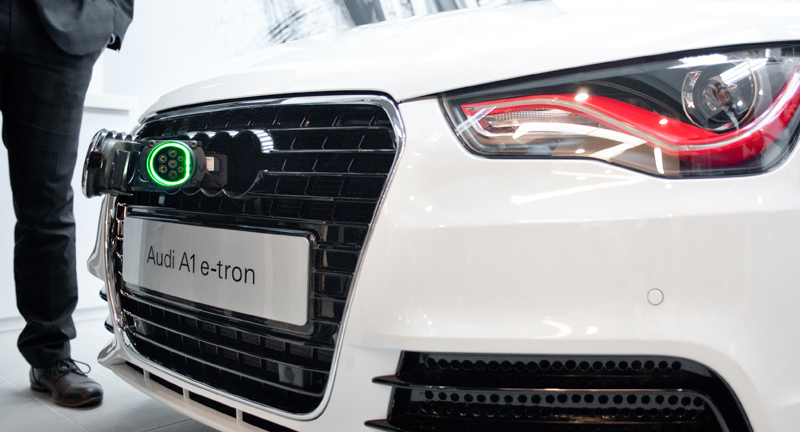 Audi also provided local media with an exclusive preview of the Audi A1 e-tron concept study vehicle scheduled for road testing in South East Asia, a significant step forward in bringing the e-tron technology to the masses. 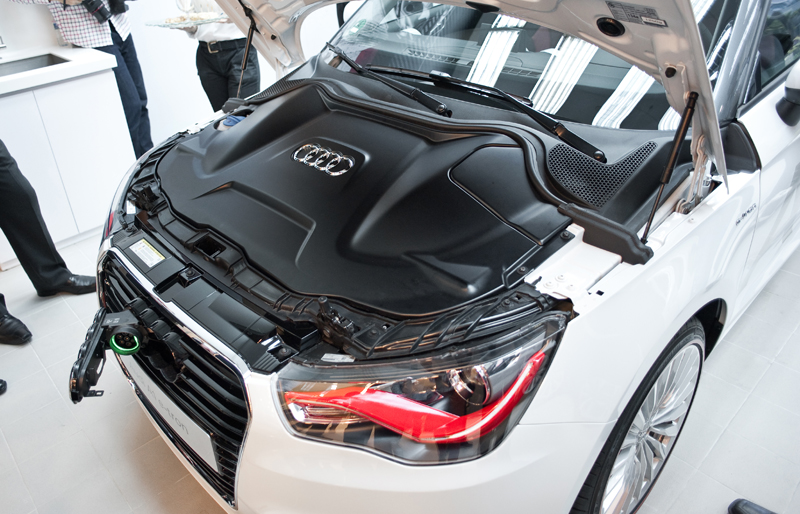 The Audi A1 e-tron is a Mega City Vehicle (MCV) with Audi’s innovative electric drive system technology. The premium class vehicle comes equipped with a powerful electric motor for zero-emission driving in the city. 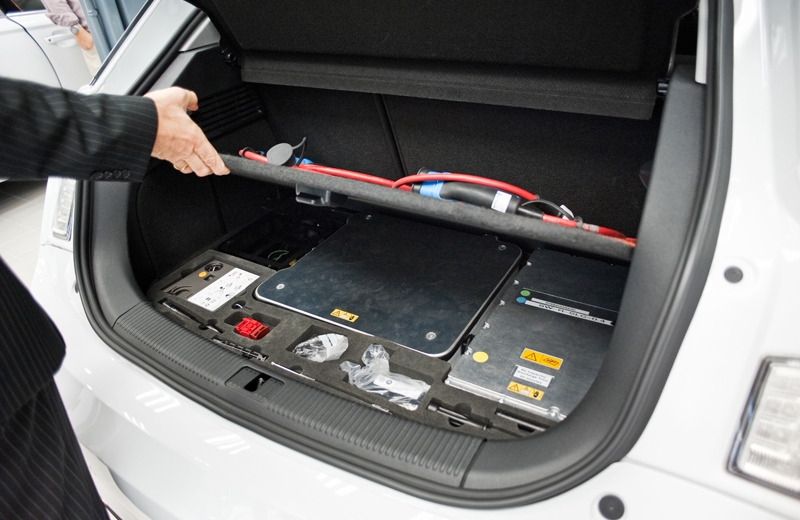 A compact electric car in the premium class, this four-passenger, two-door Mega City Vehicle (MCV) city car was designed specifically for use in the metropolitan areas of Europe and North America, and in the rapidly growing megacities of Asia and South America. 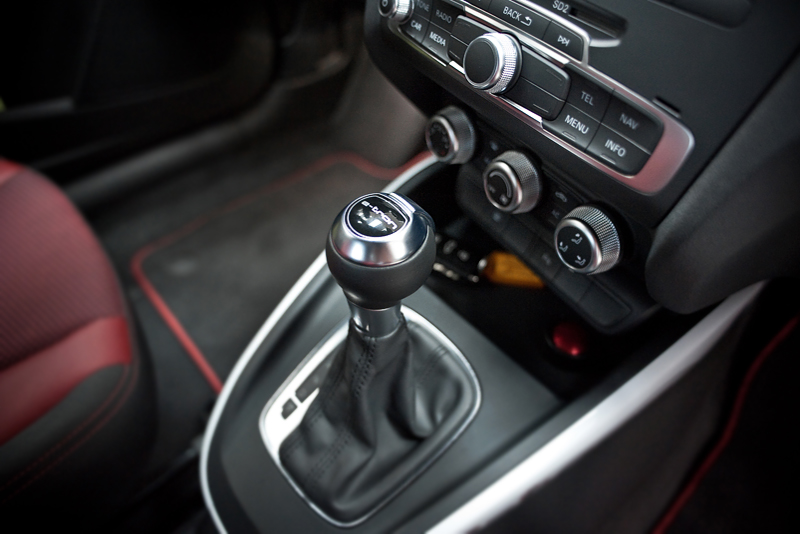 It isn't just about electric mobility though, the A1 e-tron boasts of carbon fibre components, putting Audi's lightweight expertise to the test. Additionally, solutions such as full internet connectivity — with Google navigation and a WLAN hotspot — keeps this car relevant to the modern age. 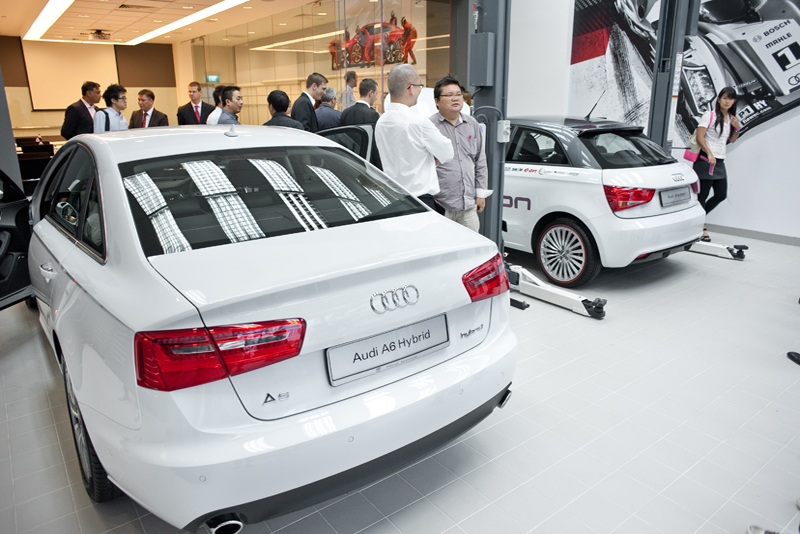