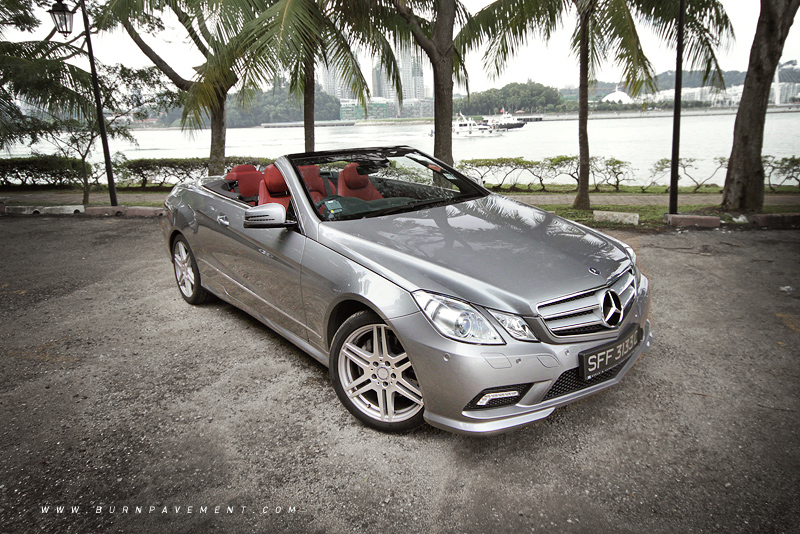 The all new Mercedes-Benz E Class Cabriolet is one classy boulevard cruiser that will turn heads wherever you go.

In fact that was exactly what I did as I dropped the E cab's top and drove it down the ECP on a balmy evening with Tupac's "Picture Me Rollin" wafting in the evening breeze from the cool Harman Kardon Logic 7 surround sound system and the evening sun resplendent as ever as it started to set in the distance...

With the cabriolet being the all-new variant of the E Class, it seems that the sedan and the coupe are unable to carry off the new nose as well as the cabriolet. In fact it goes very well with the cabriolet's overall design, purposeful yet still maintaining the aestheticism that is typical of Mercedes-Benz. 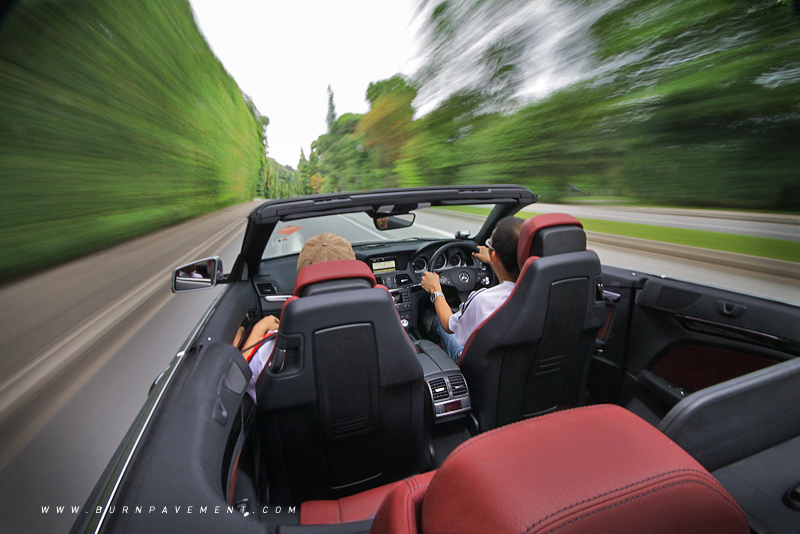 Being the very latest entrant to Mercedes-Benz's lineup, the E Class Cabriolet has been further tweaked with, bearing the company's new design themes with a dash of added power, making the E Class Cabriolet a very exciting preposition, and should someone be in the market for a drop top, the E350 Cabriolet would probably be one to consider. 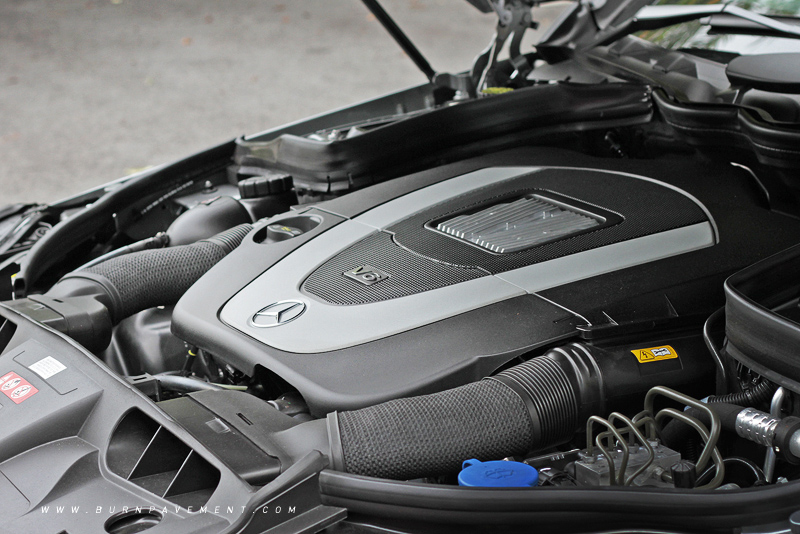 Currently, four different models are available, the test car we drove was the E350 that came with a 3.5 litre V6 engine that churns out 272hp and 350Nm worth of torque. But coupled to the car's weight of roughly 1700kg, the E350 Cabriolet struggles to gain initial pace with the throttle response a tad laggy, then again this car is meant to be driven leisurely. But once it gets up to speed, it is an able cruiser. 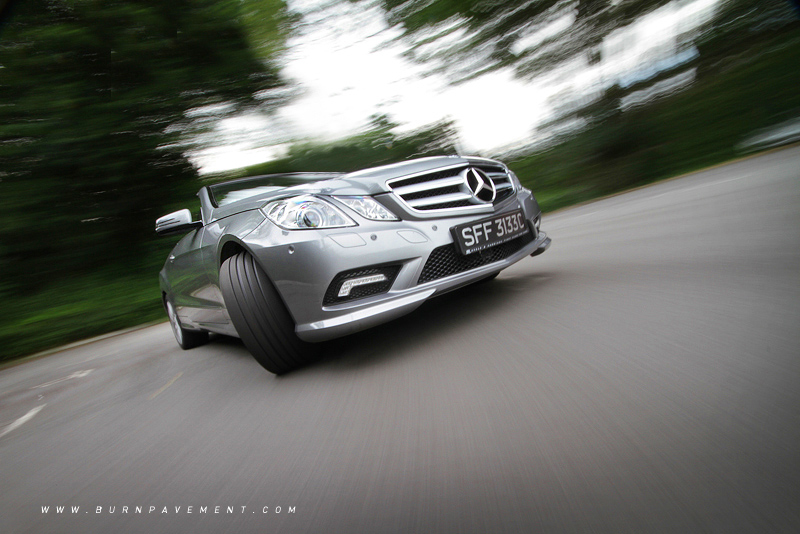 Though a bit sluggish on the move as mentioned initially, the E350 is pliant in handling and turns beautifully as you intended when steering, though the steering could have done with a little more feedback while the 18 inch AMG twin-spoke wheels that come as standard for the E350 makes the car feel more planted. Also with the 7G-TRONIC automatic transmission, the gear changes are done with nary a fuss as power is transferred smoothly to the rear wheels. 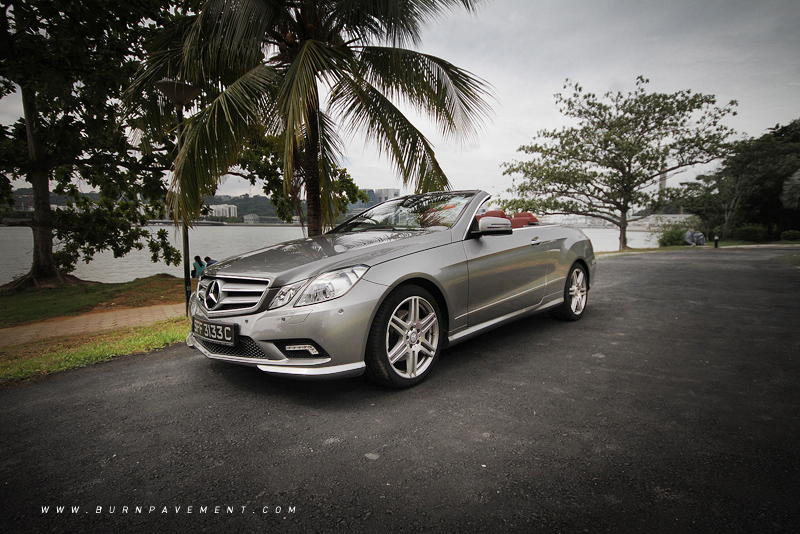 Moving on to visual impressions, it is interesting to know that even though Mercedes-Benz sparked off the trend of hardtop convertibles that was soon adopted by numerous other car manufacturers, the company stayed faithful to the soft top for the E Class cabriolet. In all honesty, some recent hardtop convertibles are sporting design cues that are detrimental to their body proportions due to the additional storage space required for the hard top but for the E Class Cabriolet, it has none of these issues and with or without its top, looks the part as a head turner. 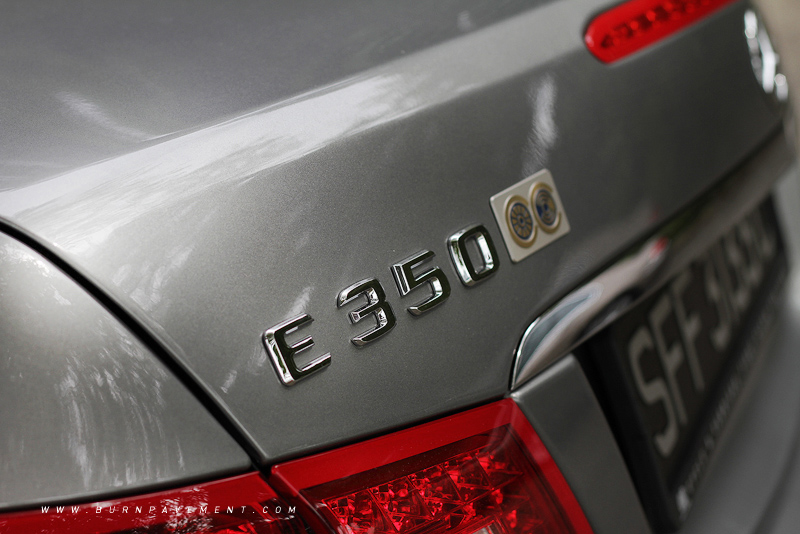 With the same styling cues as its fellow E Class variant's polygonal headlamps, hockey-stick LED running lamps and a rather rakish body profile, the car looks sleek and elegant, further aided with a touch of sportiness due to its rear haunches and angled body lines. The rear tail lamps are however a bit common looking, but the saving grace for the rear are the dual exhaust tips that are well integrated into the car's bumper. 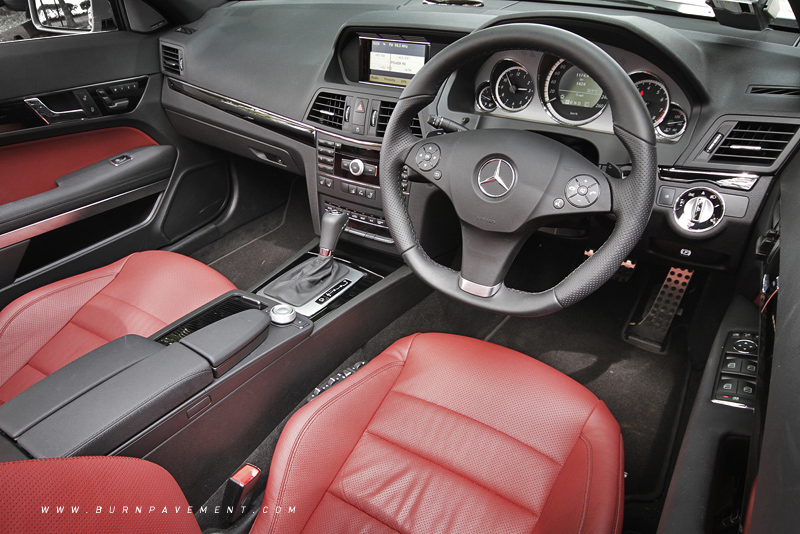 As for the car's interior, what's important to note apart from the hum drum usuals of what you can similarly find in the sedan and coupe is the new Aircap system. While it may be cool to drive down the highway topless, the cool factor of it may be quite literal too due to wind buffeting and turbulence inside the cabin, which is why a button-activated air dam that directs airflow up and away from the occupants has been introduced. And with the Aircap system, ambient air avoids the cabin, resulting in a pocket of stable air to keep everyone comfortable. 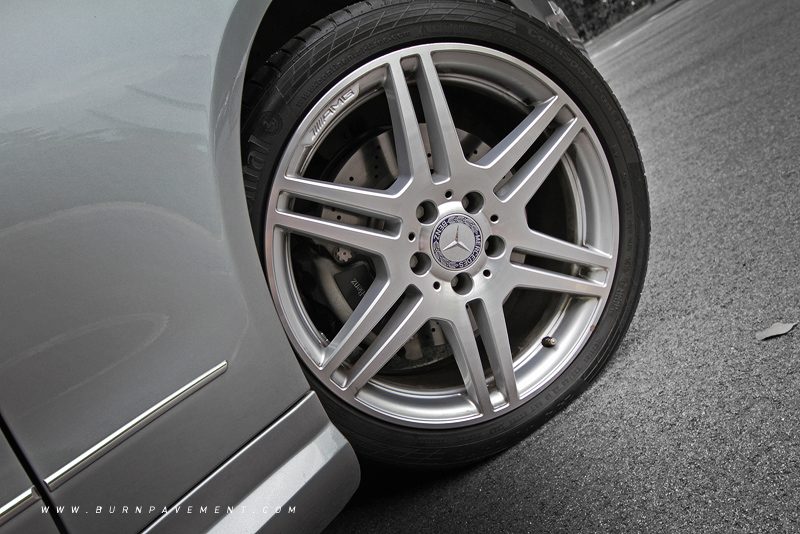 While being comfortable, agile and with V6 power as well as a relatively nice sounding exhaust note, the all-new E Class Cabriolet is not something you would want to drive hard in, it is more of a relaxed cruiser that would turn some heads when you drive past them, which is truly what a cabriolet truly epitomises. Beautiful leggy companion as an adornment to the car however is not a standard issue. 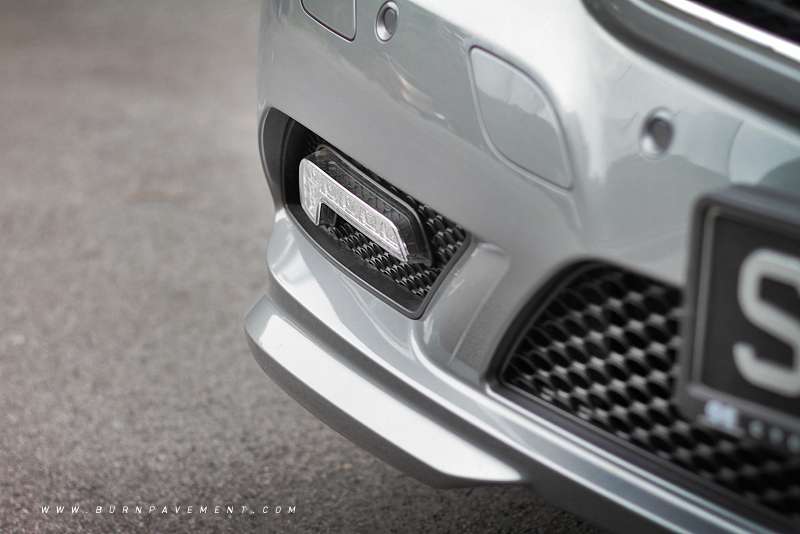