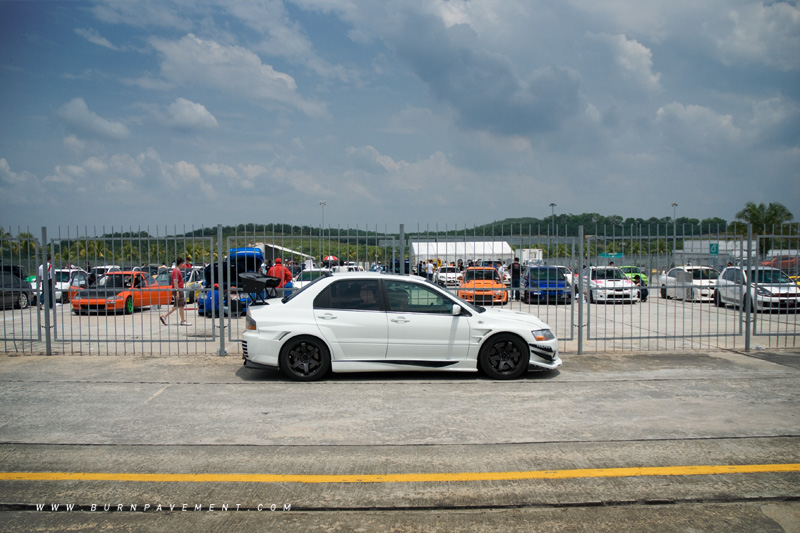 We brave the heat, rain and soak in the glorious sound to bring you the sights of everything great that day.

Alas, this event didn't go without a hitch. When we arrived in the morning (for the track day prior to the event), the pit lanes were closed, forcing us and the participants to use the open area behind the pit building as a makeshift pit. What we found out that the teams participating in the MotoGP 3 day pre-season test just the day after MegaLap were occupying the pits.

Nevertheless, the show had to go on, and boy was it spectuclar!

Yes, what you see beyond the fence is the "pit" for the day. The worst bit of the day was when it started pouring about 2 hours into the race. Guess where everyone ran to? 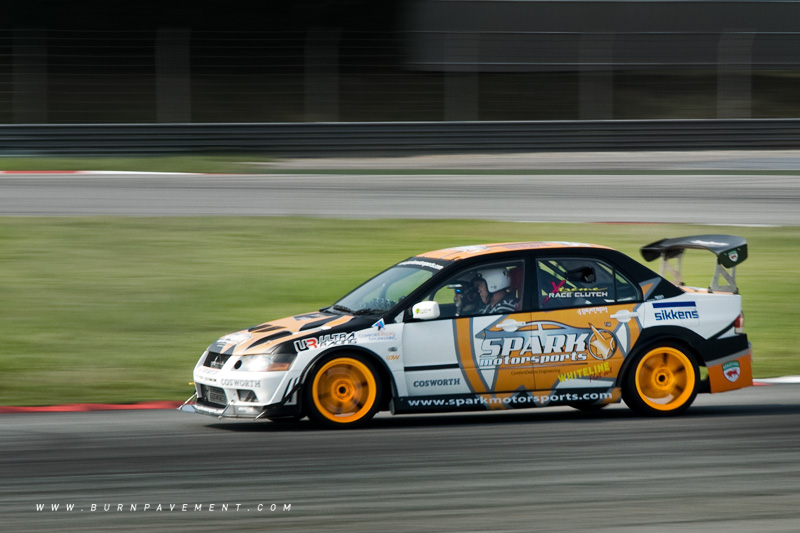 Yup, we saw several familiar teams practicing during the track day leading up to the actual event. 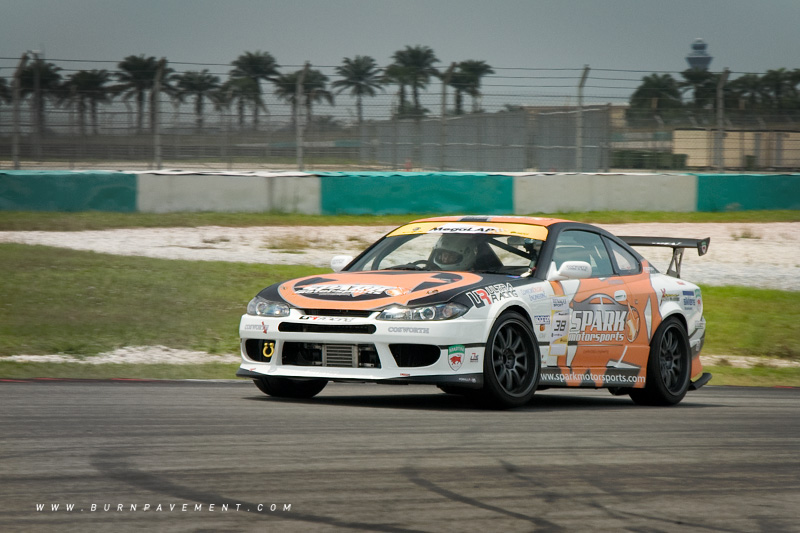 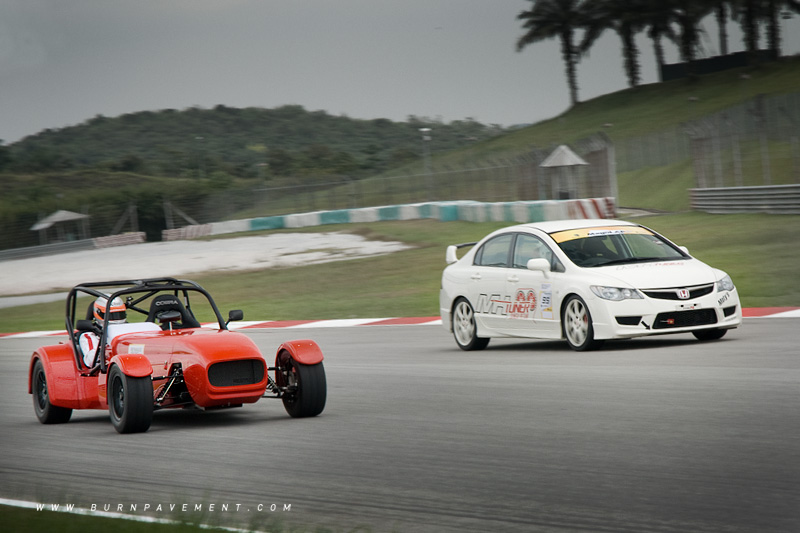 Somewhat different from the Preview Round held last year, Round 1 saw a new specific category for road tyre-based vehicles. Called the Clubsprint Spec, it is divided into 2 classes: Cars that ran forced induction and/or VTEC engines, and a class for cars that don’t. 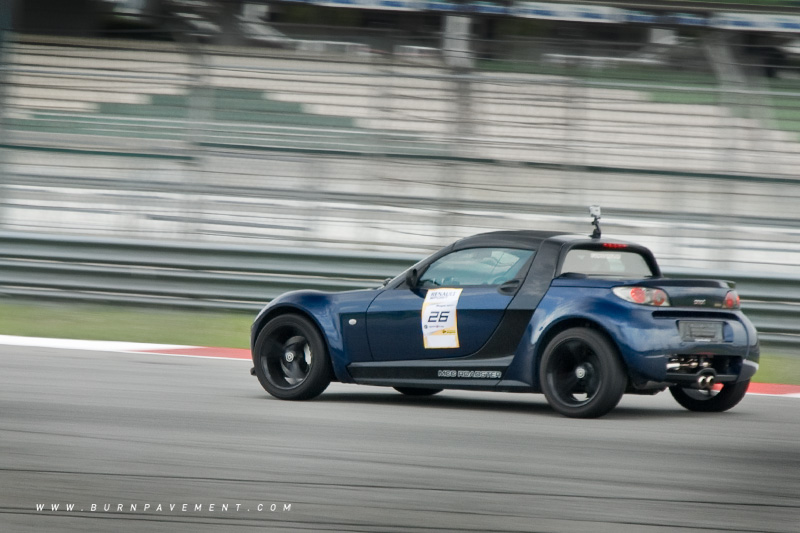 Didn't expect to find a Smart Roadster competing in Time Attack? Neither did we, but this little fella put up a good fight. 3:15.643 to be exact. 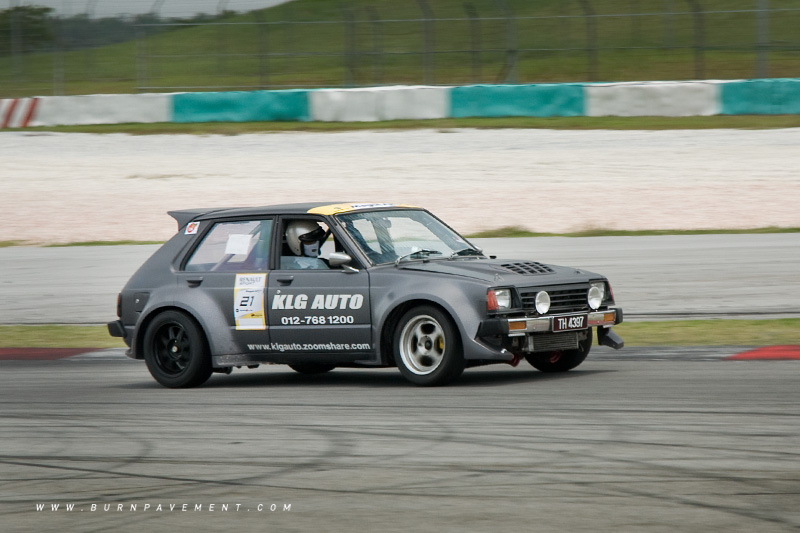 We also noticed a particular group of cars there evoked our memories of growing up. Well, most of them have long bid farewell to their rickety stock engines. One of the Starlets present that day had a turbo rotary engine squashed into the little body! 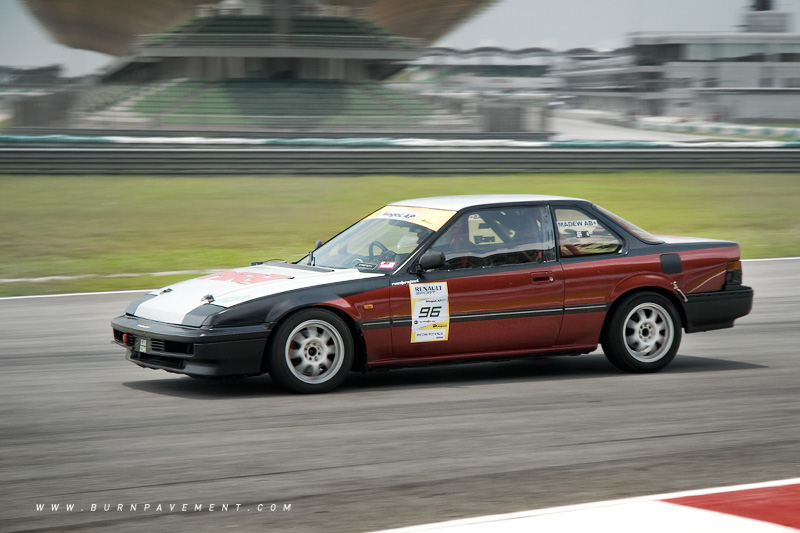 You might remember this, the Honda Prelude from the 80's. Still beating RX8's, S15's and Civic Type-R's, just a shame that it didn't finish at the top of it's class. Honda, Y U No make Prelude today? 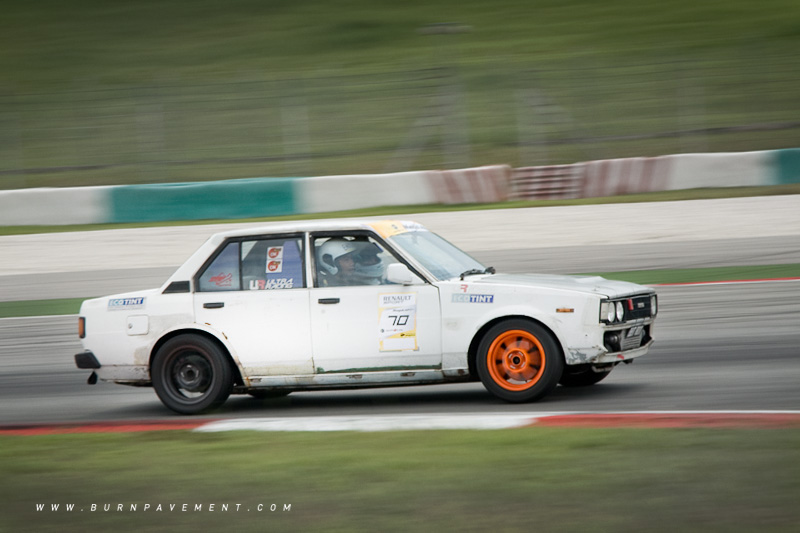 Yes, the Toyota Corolla KE70 of the 80's with a little help from today's turbocharging. 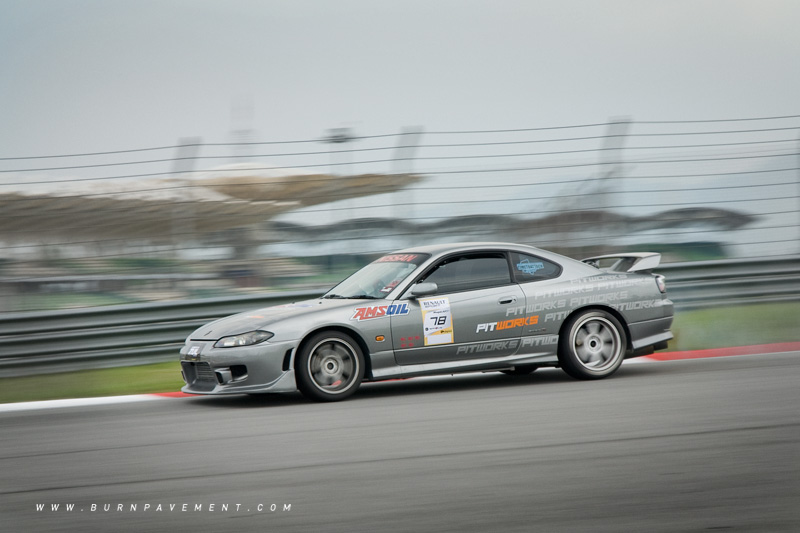 The Silvia Club of Malaysia, supported by Pitworks, sent a small but competitive fleet of Silvias onto the track. 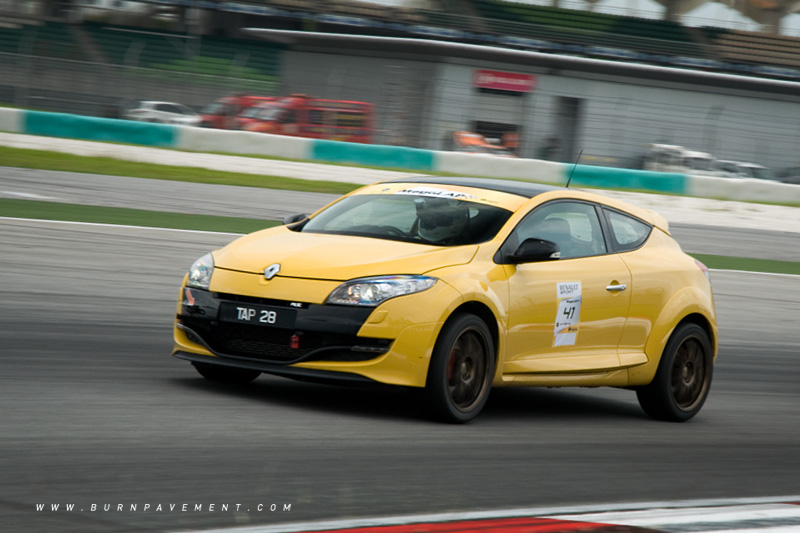 The Renault Megane RS250 dominated the Dragstar Pro Spec FF FI class that day, clinching 4 out of the top 5 positions on the score board. 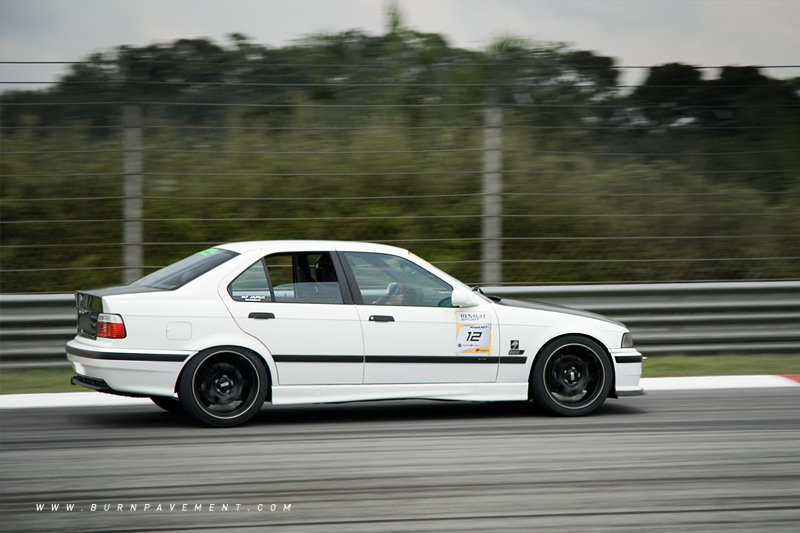 You'll probably not pay attention to this M3 while it was sitting in the pits. However, what happens when the Prince of Drift, Tengku Djan Ley, climbs behind the wheel is a podium finish ! 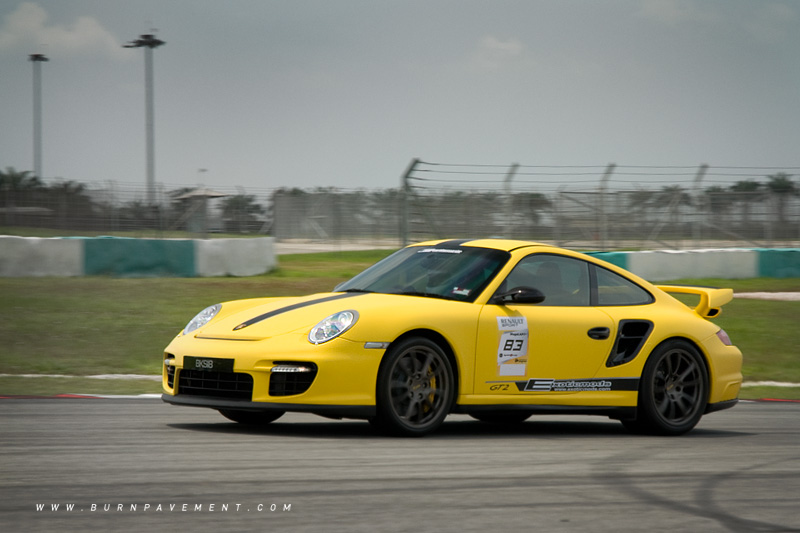 The one and only Porsche present that day, finished second in the Dragstar Pro Spec RWD class. 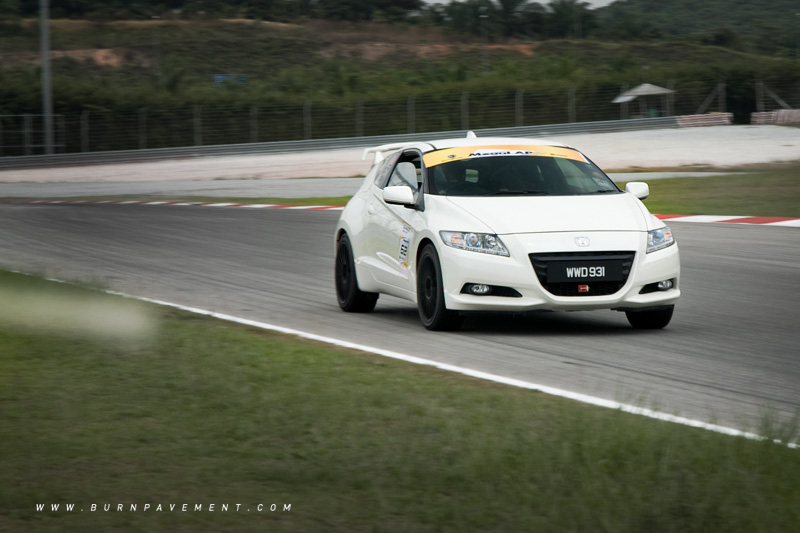 When tree-huggers go racing: The CR-Z in Time Attack mode. The two entries both finished in 2nd and 3rd positions in the Clubsprint NA category. 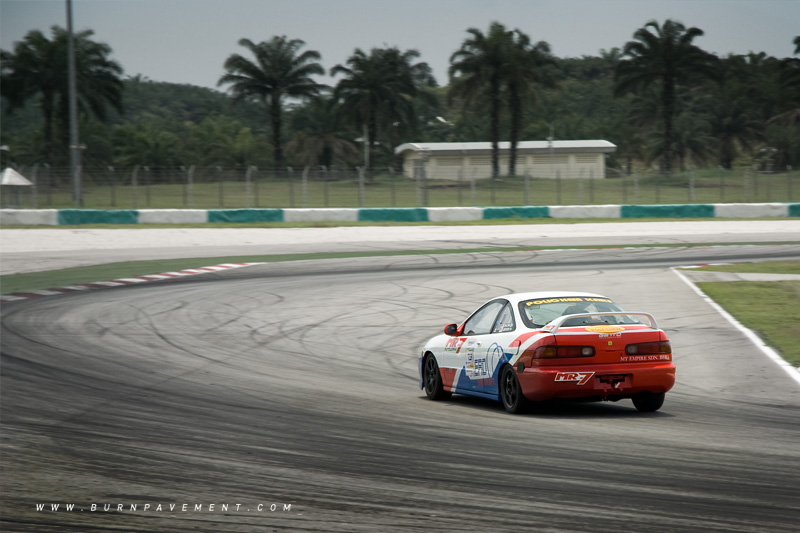 Despite a short delay with the arrival of an unwelcome typical rainstorm that sent everyone scurrying for shelter later in the afternoon, the event went smoothly. 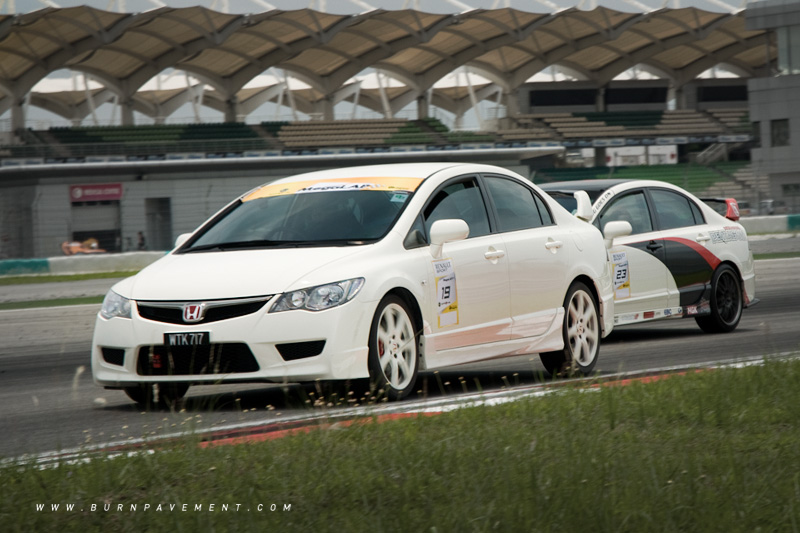 Thanks to an overall Malaysian-dominated podium finishes, it was a Malaysia victory in the Malaysia versus Singapore sub-trophy for MegaLAP Round 1.