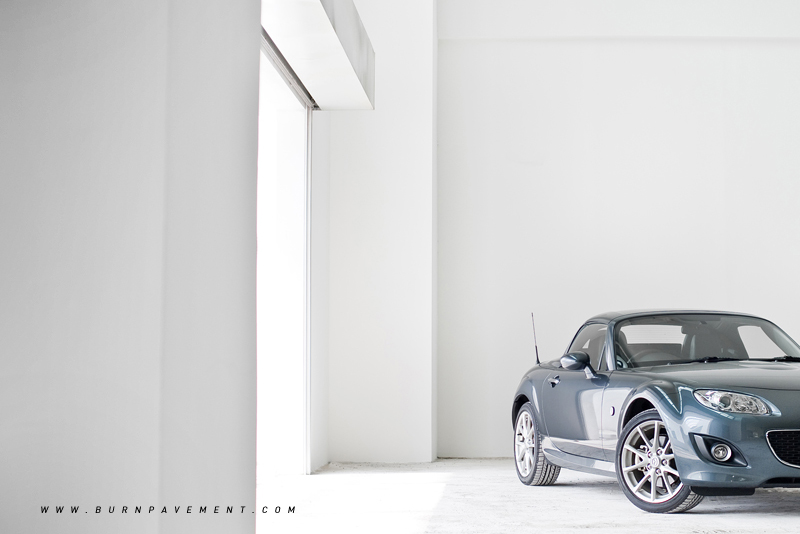 After finding out that the Mazda distributorship in Singapore had changed hands, we decided to give our good friends at Eurokars Group a call to see if we could get acquainted with the brand again.

Before the year closed, Eurokars Group was awarded the sole Mazda distributorship in Singapore in Nov 2011.  Managed under Trans Eurokars Pte Ltd, part of the Eurokars Group of Companies, they will handle the sales and servicing of all the cars under the brand. All under one roof at their premises in Alexandra.

With the excuse of getting reacquainted with the brand, we felt It was a natural thing for us then to ask for a tryst with the lovely Mazda roadster, otherwise known as the MX-5.

Sensuously sexy and compact in size, the latest MX-5 reminds me of my old flame, a first generation MX-5 (NA) I owned for awhile. I had never driven the new model (NC), but heard that this latest iteration is a rather worthy successor to the very first sweet handling model. 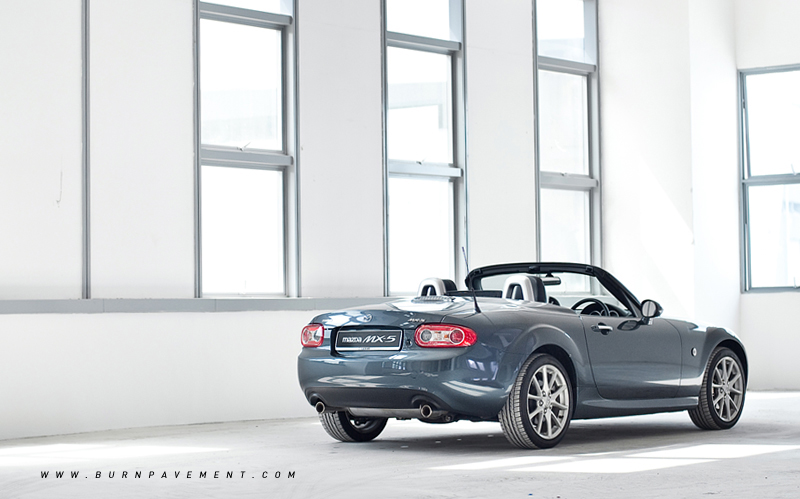 For those of you who are not aware, this is actually a facelift of the third generation, it features Mazda's next-generation design DNA, with more aggressive and aerodynamically efficient styling, amongst other things we will look at later.

The facelifted model also has a rear bumper that is more integrated into the body. It now flushes with the bottom of the rear lamps, give the rear-end a more chunky look. The lower portion of the rear fenders are more sculptured and extend downward, as they are at the front. New headlamps and rear lamps help to differentiate it from the previous model as well. 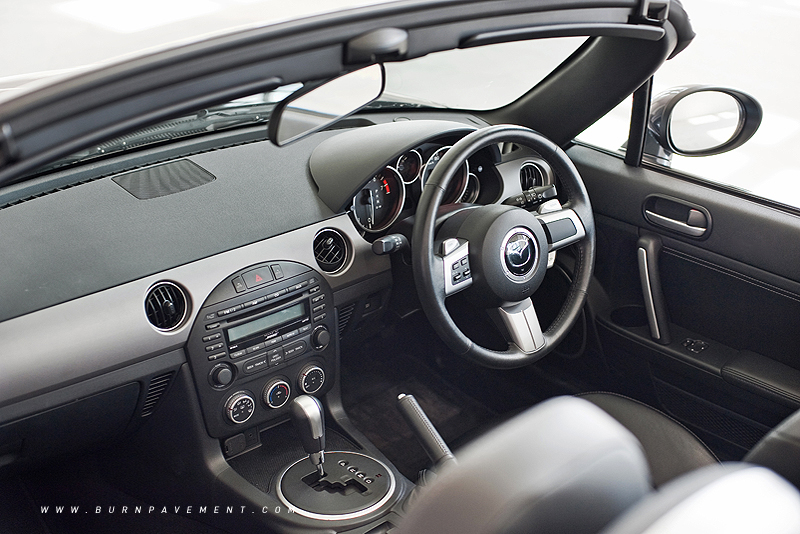 Inside, the facelift inherits the clean forms of the original NC model, but it gets updated with some new materials and detailing. While it looks great, the quality is starting to feel dated and plastics are hard. The panel on the dashboard is now grey instead of the glossy black before. The meter graphics are also placed further apart for better readability and the trip meter/odometer in the lower centre of the cluster is now a red-backlit LCD. 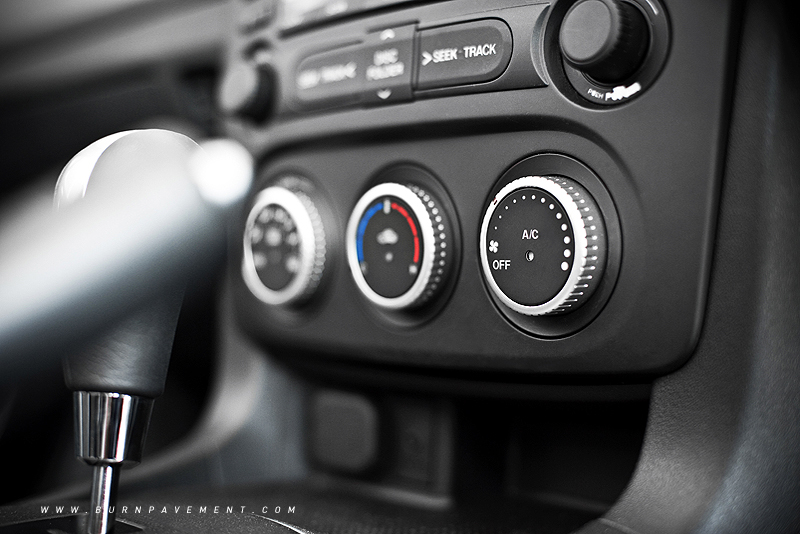 In the centre console, the climate control knobs sport new silver rings, and matching silver trims have been added to the assist grips on the doors, which also go well with the rings of the driver cluster. 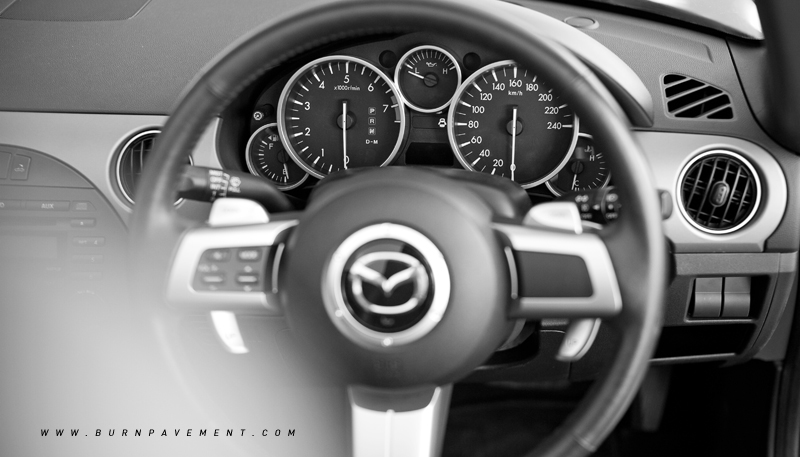 The steering wheel is pretty much the same as before, with multi-function controls and paddle-shifters all within reach of your fingers. I personally still prefer to shift down via the left paddle rather than thumbing down the buttons above the horizontal spokes of the wheel. 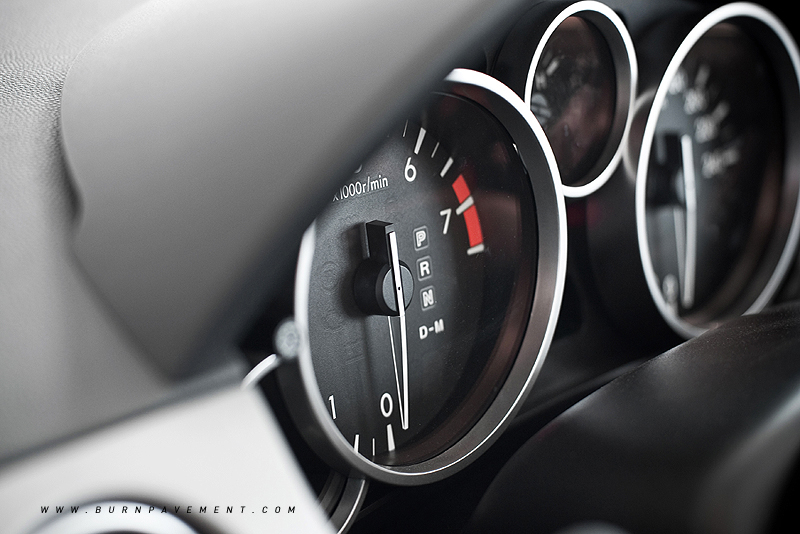 We took out the 6-speed automatic version, but were told that the manual version has a higher wider rev range to reflect its higher rev limit. Rev-limit is up 500 rpm though with a new 7,500 rpm top end. 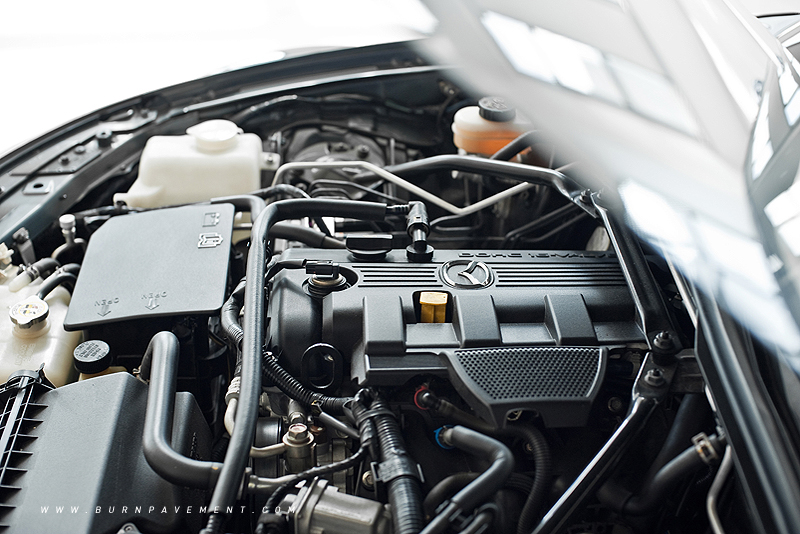 Before we tell you how it drives, more on the engine. The MZR 2.0-litre petrol produces 160 bhp and a maximum torque of 188 Nm. You get to access maximum torque 5,000 rpm like before. But you need to squeeze another 300 rpm from the unit to reach maximum power. The reassurance from having a higher rev limit is given by a forged crankshaft , fully floating pistons with higher pin-boss reliability, revised valve springs that suppress valve 'bounce' that can occur at high revs, and higher-durability materials for the connecting rod bearings. 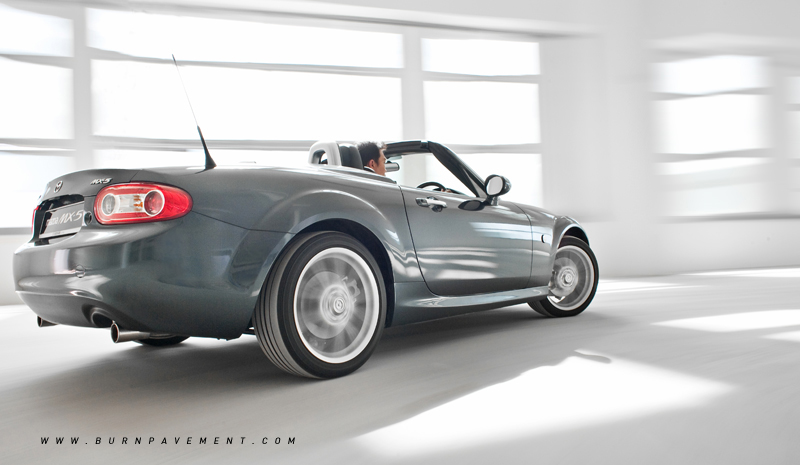 I approached driving it with much anticipation. The MX-5 was one of the best cars I've owned. A direct and intuitive steering feel coupled with a well-sorted and cohesive chassis meant that despite the low power output, the first MX-5 was a superb handling machine. The latest car is no different. The steering is slightly lighter than the original's but the feel is still inherently there. Handling is still superb with the signature Jinba Ittai (Japanese for one-with- the-car) feel. You can steer the car using the throttle as well. Approach a corner, turn in, floor the pedal and the car will push you through the corner. Sweet. 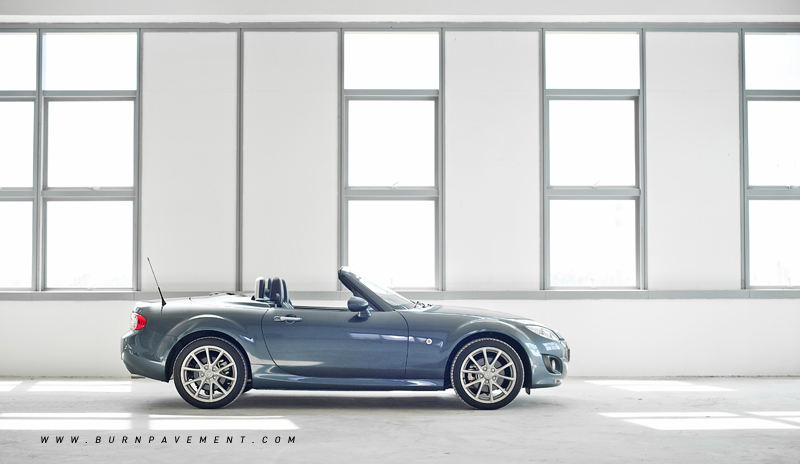 The transmission is also quick to kick down when you need it to, making it easy to access the high-revving power-band. What is cool is how it senses your spirited driving and holds the gear when you've lifted off the throttle - just in case you need to gun it once more. 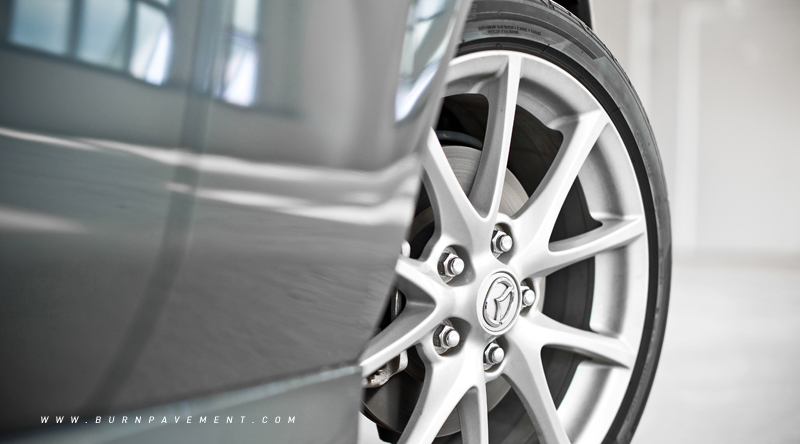 Another important factor in driving is sound. Mazda engineers have restructured the some elements of the car, like the surge tank, the intake ducts and the exhaust system, to give an even sportier and more distinct engine note. All these elements work cohesively to make the latest MX-5 an awesome drive. 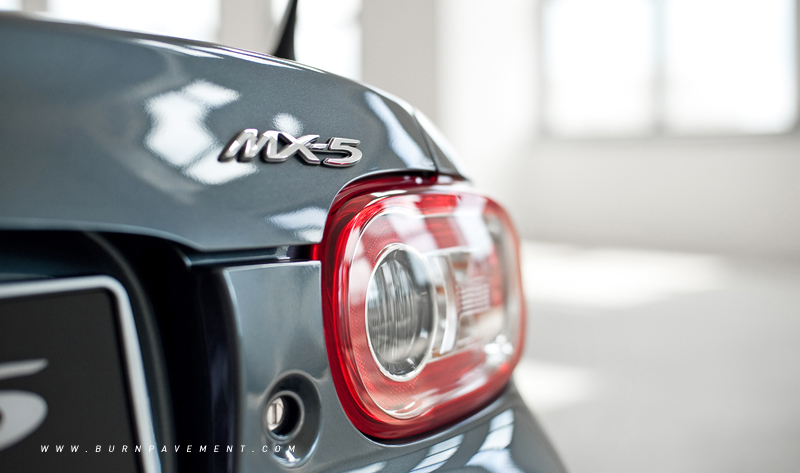 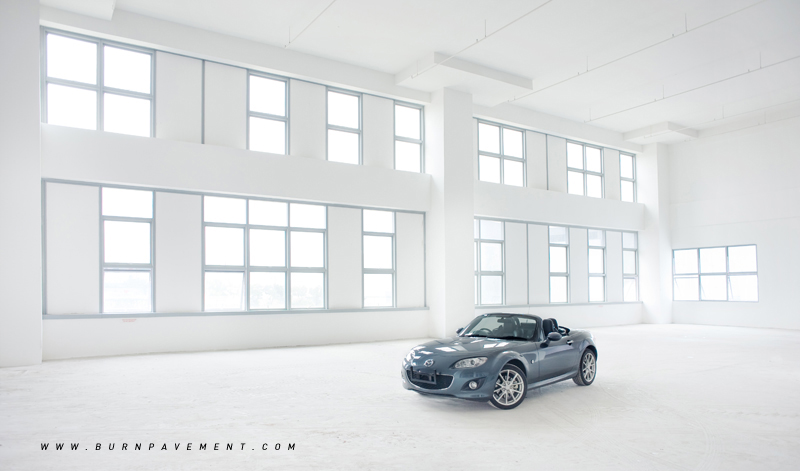 Lovely. That's what this car is. Current COE prices make it a bit more expensive to buy than before, but if you're looking for a 2-seater roadster under $200K, this is the one to get. The MX-5 was, and still is the One.