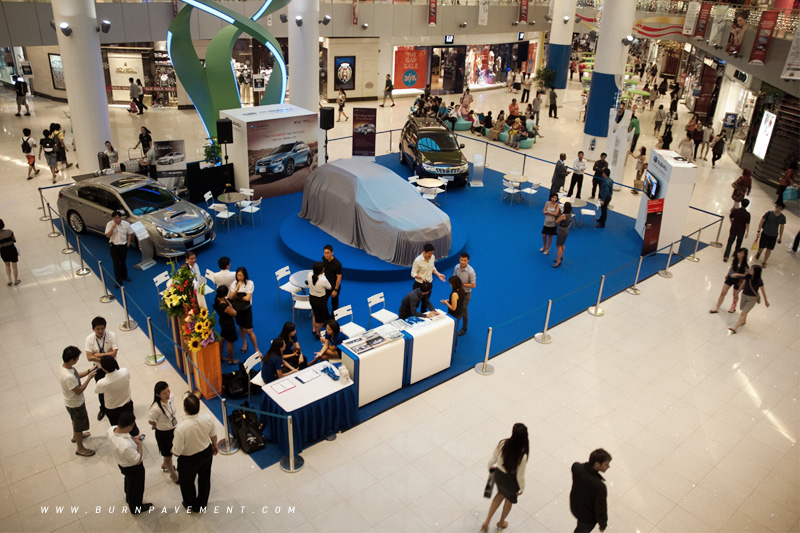 Staying close to the concept, the production-spec Subaru XV has arrived in Singapore.

Redefining and blending exceptional SUV practicality in style, the Subaru XV was first unveiled at its world premier at the 64th Frankfurt Motor Show in September 2011. The concept was received favourably which lauded its distinctive and trendy design and blend of a crossover-like commanding silhouette and an urban friendly image.

Specifically designed for customers looking for a vehicle that offers looks and functionality, the new car underscores Subaru's commitment to "Confidence in Motion" - a promise of engineering excellence, safety and pleasure, that moves with the times. 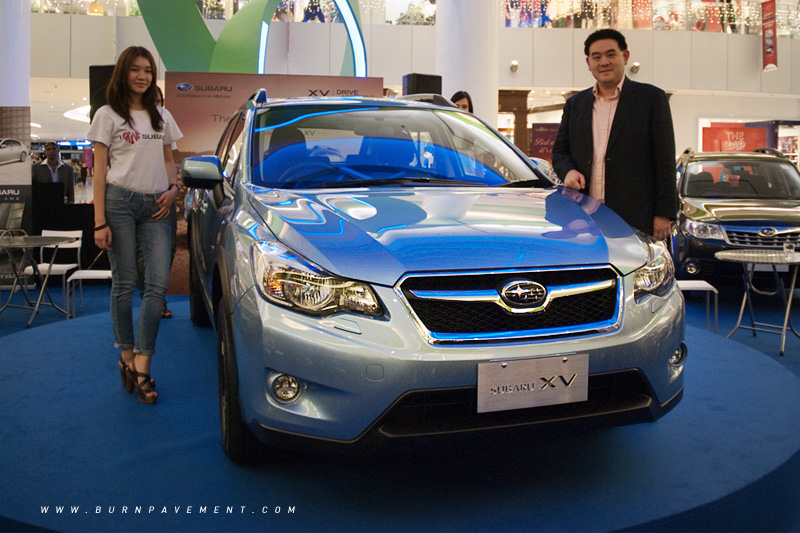 Mr. Glenn Tan, Executive Director of Tan Chong International Ltd says, “Consumers are placing more emphasis on functionality and style. The new Subaru XV marries the best of both worlds that drivers have been waiting for, by fulfilling modern practical needs and economy, with a combination of the sense of security and urban looks expected of an SUV. I'm confident that urban dwellers would be excited by the new form factor and stunning performance of the new Subaru XV." 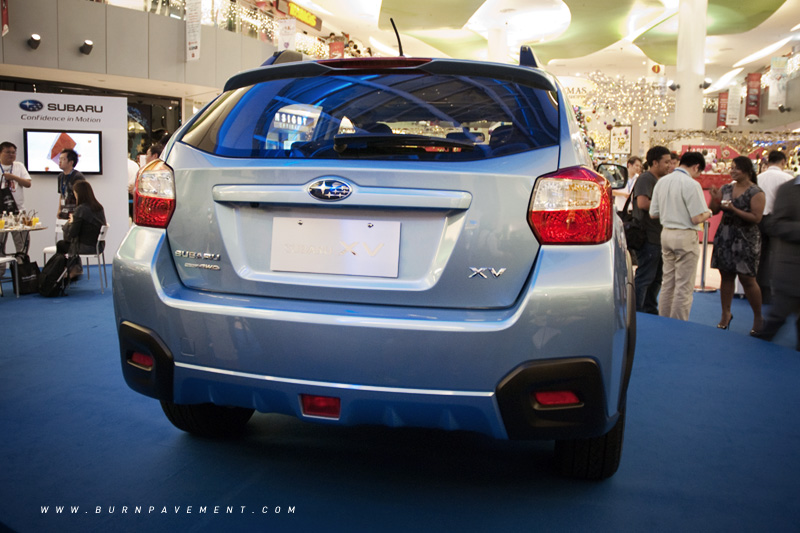 With a low centre-of-gravity, the XV promises a smooth ride, considering its body height. The playful XV design is characterised by a fusion of powerful lower body motif and a stylish urban form. Just like running shoes, it achieves a fusion of casual and function, with a dash of fashion. 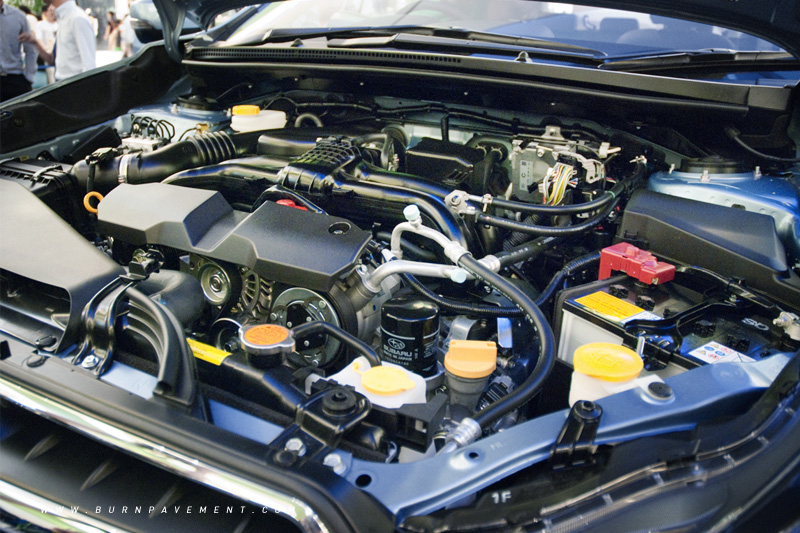 The Subaru XV 2.0i Premium comes with the all-new Subaru Boxer engine. Already in its third generation, Subaru’s horizontally opposed engine now features a long-stroke design for better fuel efficiency. Subaru’s unique symmetrical AWD (All-Wheel Drive) system is said to deliver a sense of stability that would not normally be expected of a high-body vehicle. 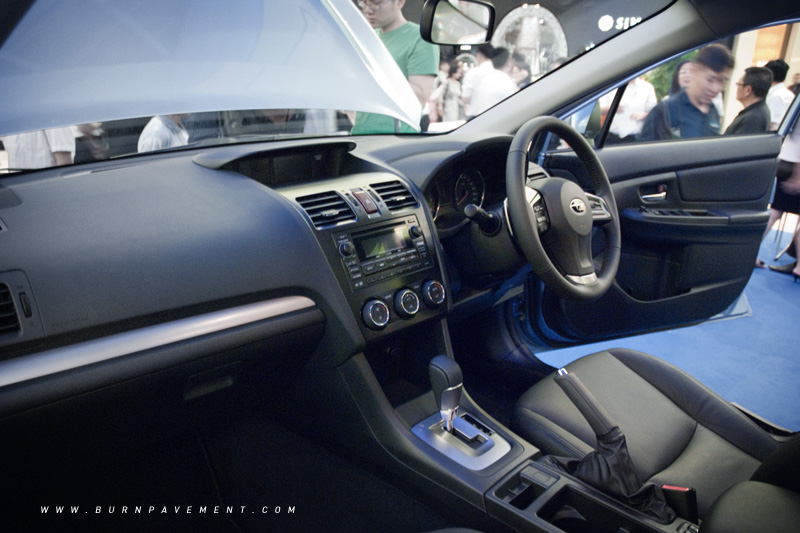 The Lineartronic CVT (continuous variable transmission) makes it possible for drivers to switch from traditional automatic-transmission vehicles without any sense of unease. Improved Active Valve Control System (AVCS) and an optimised intake also provides for a generous amount of low-end torque, ensuring fine acceleration, whatever the terrain may be. 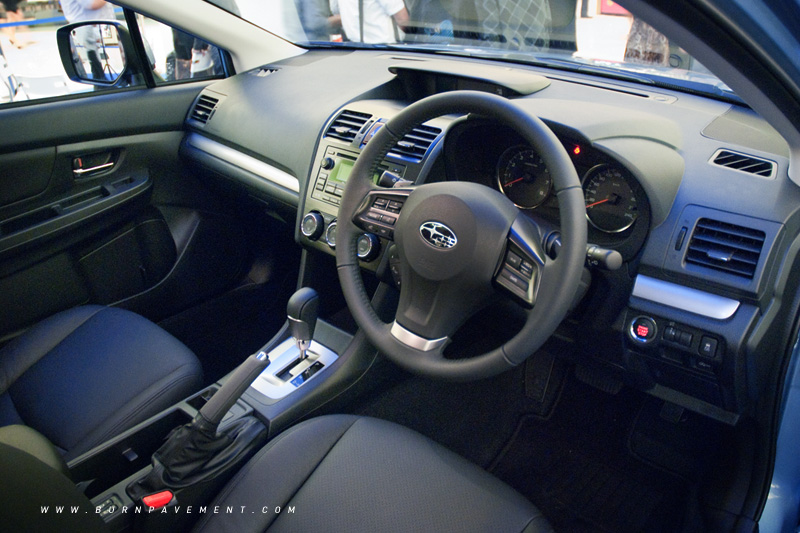 The XV does have a nice list of features such as: Cruise control, a Multi-Function Display, dual zone air conditioning, paddle shifters, steering wheel mounted audio controls and an engine push-start button. 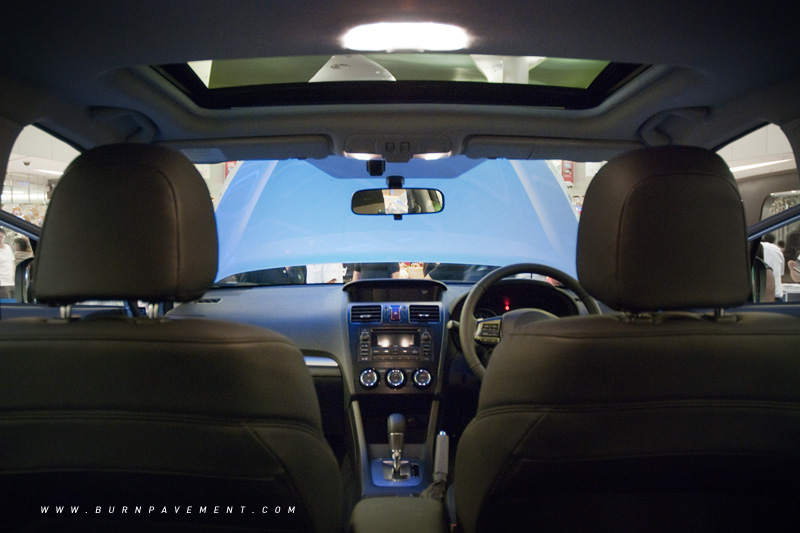 Inside, the XV features good interior space a result of moving the A-pillars forward, which gives more knee room to rear-seat occupants, who can now also place their feet inside the large open areas underneath the front seats. Thanks to these enhancements, the new XV has more rear-seat knee room than any other vehicle in its class. 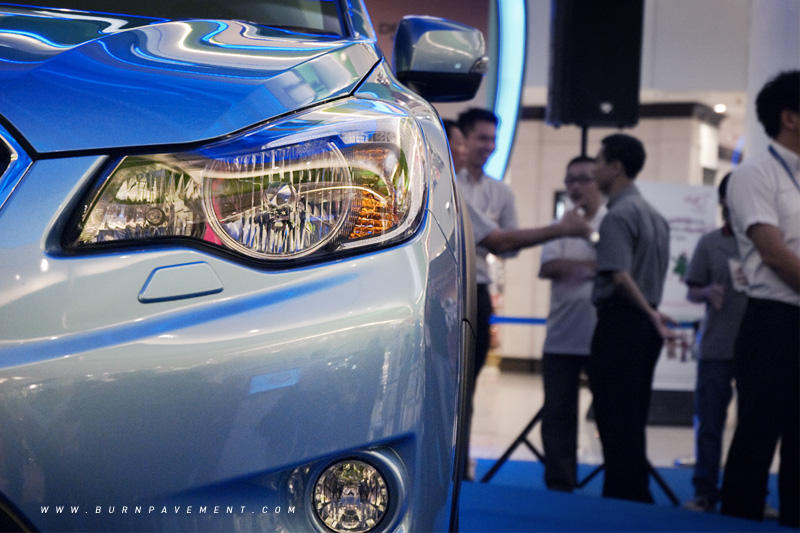 Stability is further aided with Vehicle Dynamics Control (VDC), which is standard on all models. By monitoring all vehicle’s behaviour, ABS, TCS (engine control and brake LSD for traction control) and VDC systems are controlled flexibly. This time, the longitudinal G sensor, transverse G sensor, and yaw rate sensor were integrated into the VDC ECU to reduce the overall weight of the VDC. 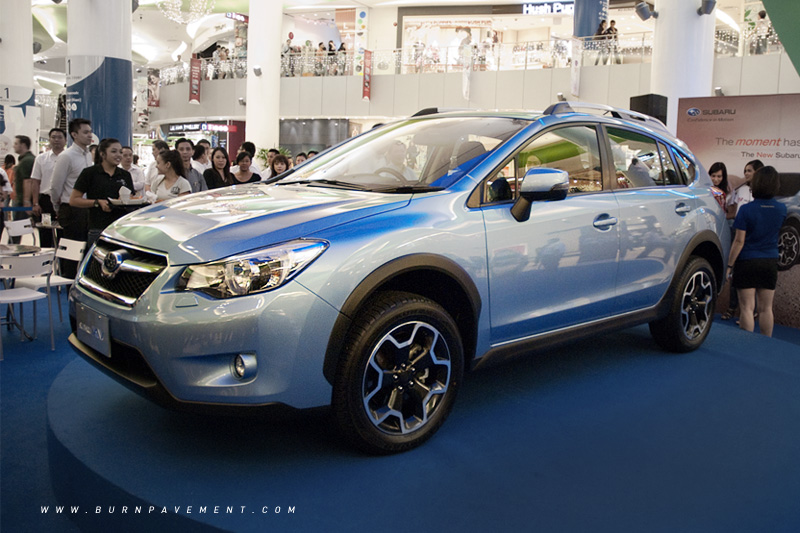 The Subaru XVs meant for the Singapore market will be imported from Japan, with the 2.0i Premium model being the first to grace our shores.