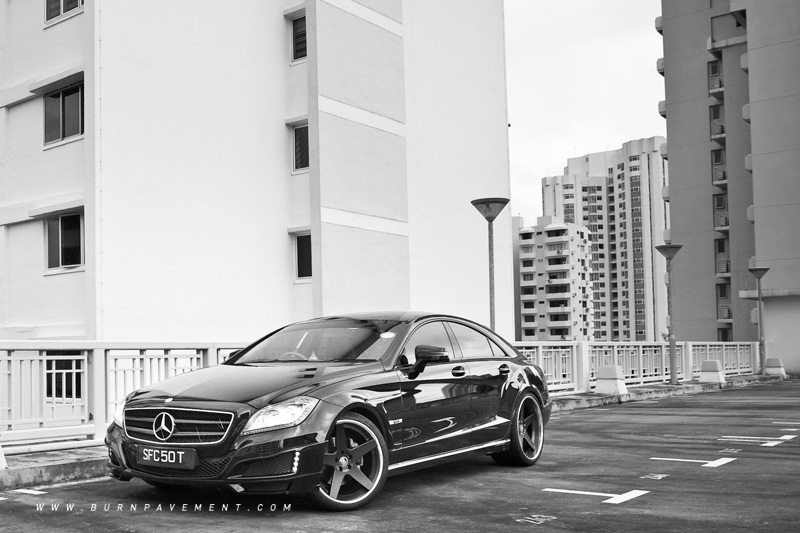 The new generation CLS by Mercedes-Benz is rare; finding a kitted one - like this fine example here - is just like finding a needle in a haystack

So the saying goes, “the car is the extension of a man”. Which is very true, as the car you see a man usually drive describes a lot about him. 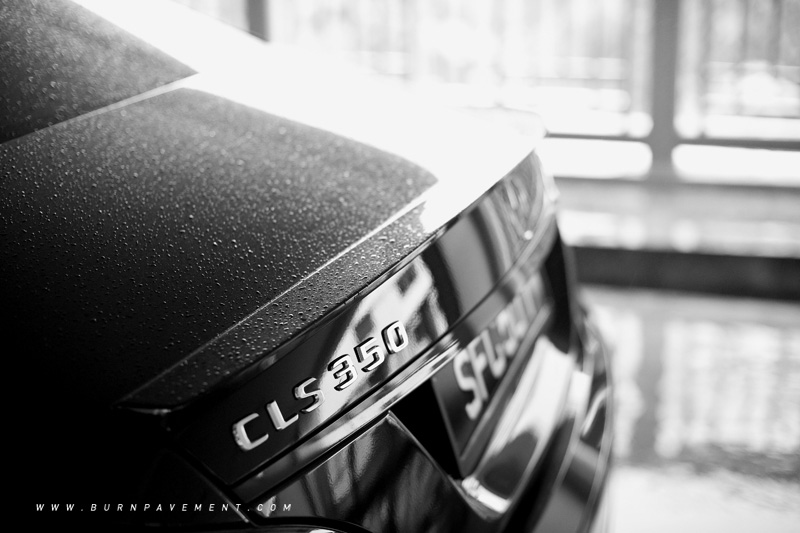 See him drive a hot-hatch, and the word “reckless” pops into your head. See a slightly older man with large glasses plus thinning hair drive a convertible, and you’ll definitely think “mid-life crisis”. See a stylish, well-groomed man and you will definitely know that this man has great taste in his set of wheel. 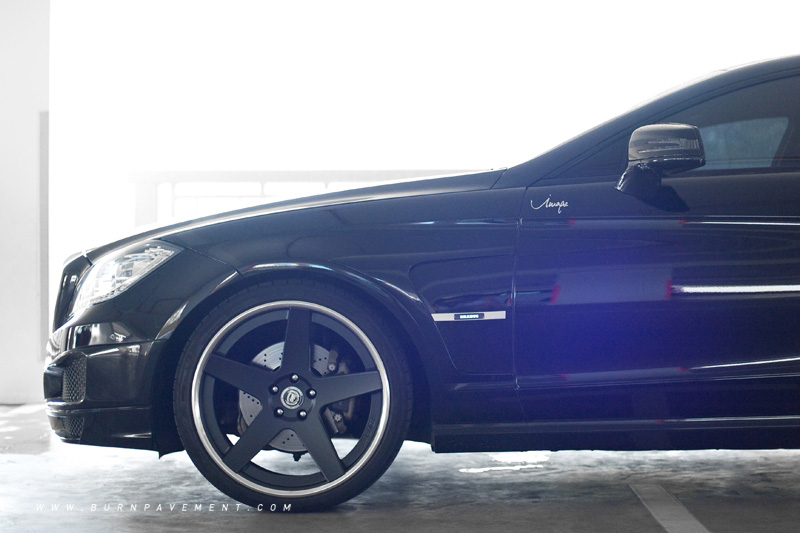 Meet Roger Tan, a fine example of a man with great taste in cars. 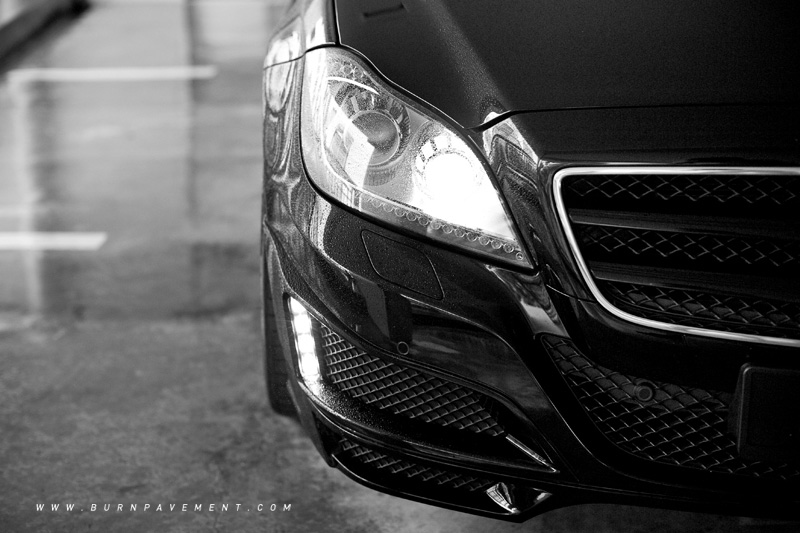 At first glance, you might think that his car, among the first few Mercedes-Benz CLS 350 to ever grace our shore, is Batman’s off-day mobile. We can’t blame you — it’s so discreet but posh, it captures attention even though it goes by rather quietly. 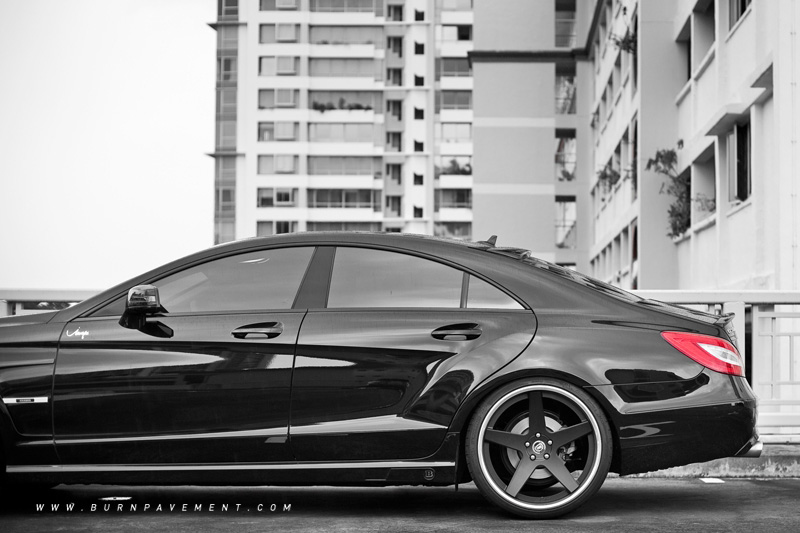 Roger, the 40-something director of successful homegrown design firm Image International Design Pte Ltd, is not exactly a car connoisseur. In fact, he confessed that he knows nothing much about cars. “But I know a nice car the moment I see one”, he said. 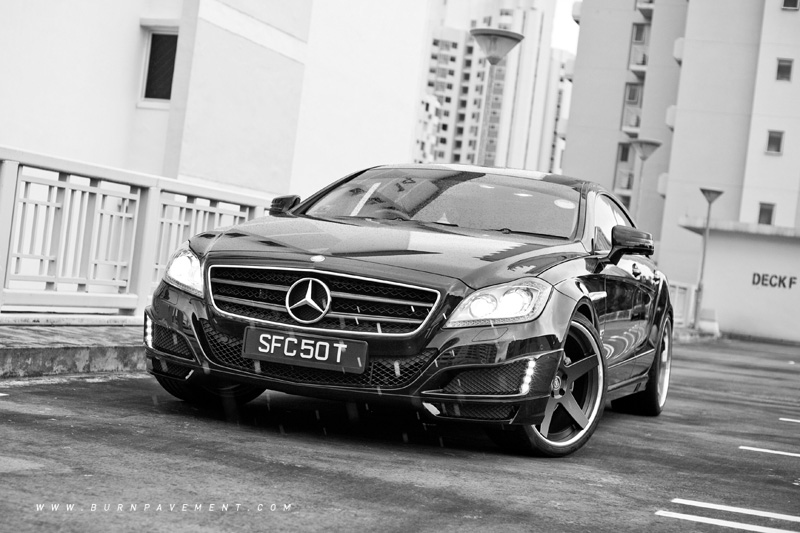 He has bought and sold numerous cars over the years. To make way for the CLS 350 you’re seeing here, he had to let go of a Bimmer. “Saw it once, and I just fell in love with it immediately”. 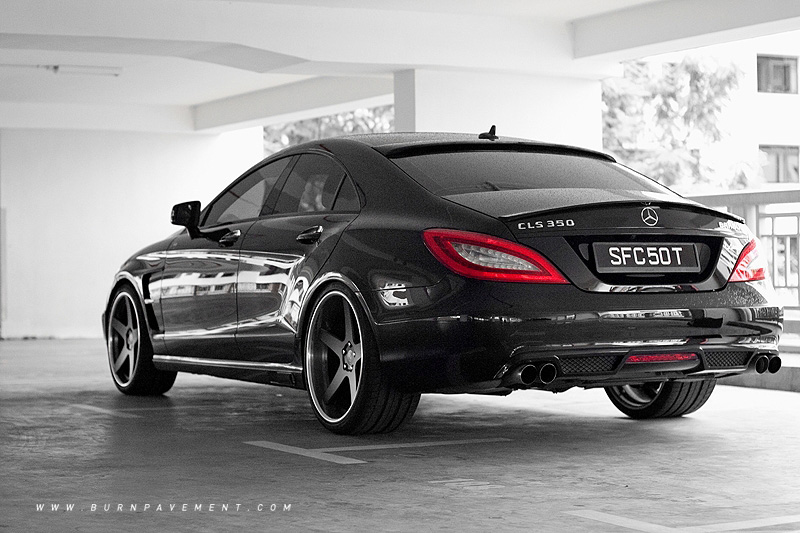 This car is barely four months old, but quite some work has been given to make its exterior more personalized. “All the items you see on this car, it was ordered even before the car arrived here”, according to Roger. 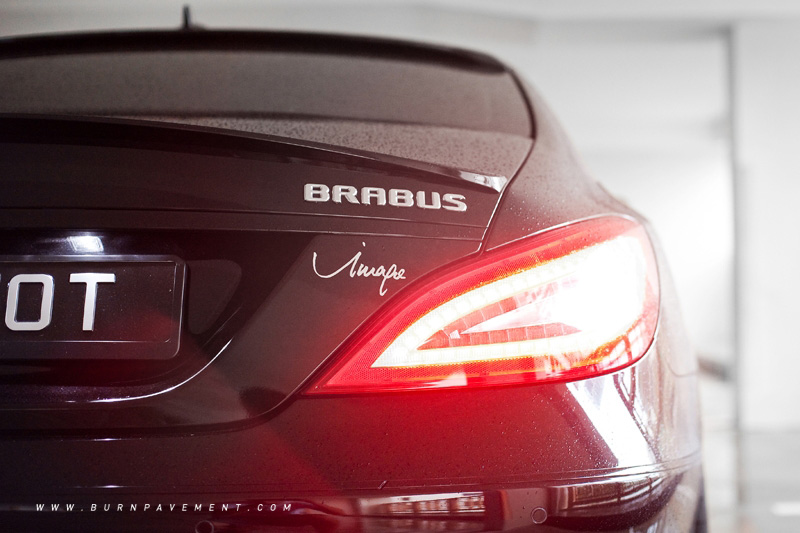 Being a designer person himself, it’s obvious much thought went into the car’s new look (well, the CLS on it’s own is already a looker). According to Roger, he didn’t want something that is too loud and attention grabbing - subtle and “clean cut” was his theme. 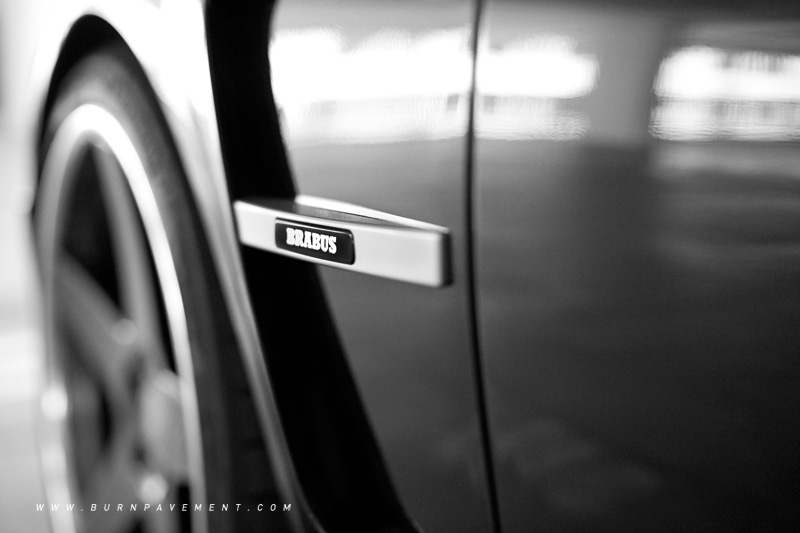 He did take some time off his already busy schedule to do research on aftermarket items available for the new generation CLS too. Alas, he settled for a set of Brabus kit. 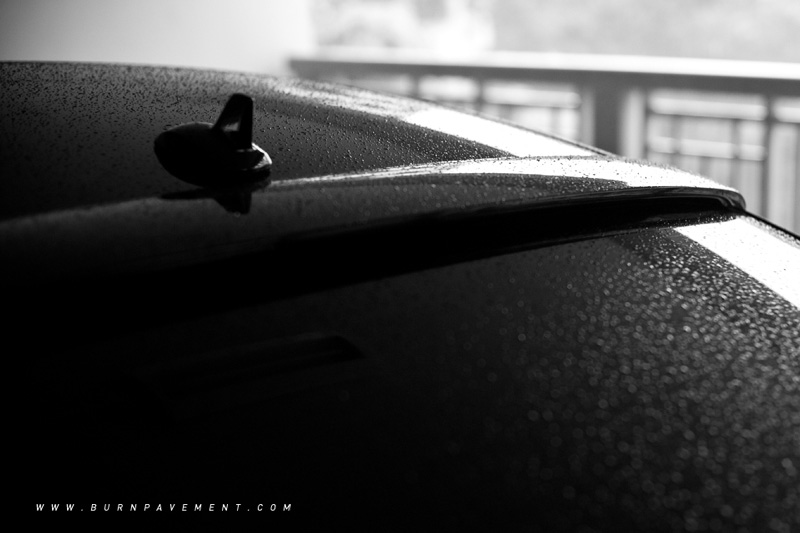 This kit he chose consist of an aggressive looking front bumper, front fender extender (which displays the Brabus logo proudly), large side skirts, a roof spoiler, a subtle boot lip spoiler and lastly, an add-on rear bumper skirt. Some chrome bits on the exterior were even painted black as he finds too much chrome on a car’s exterior an “over-kill”. 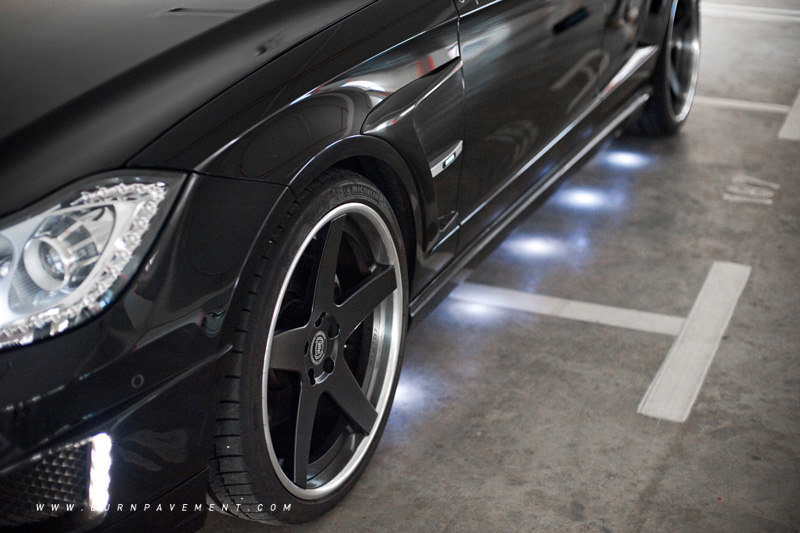 And of course, how can you forget about a matching set of shoes for the car? 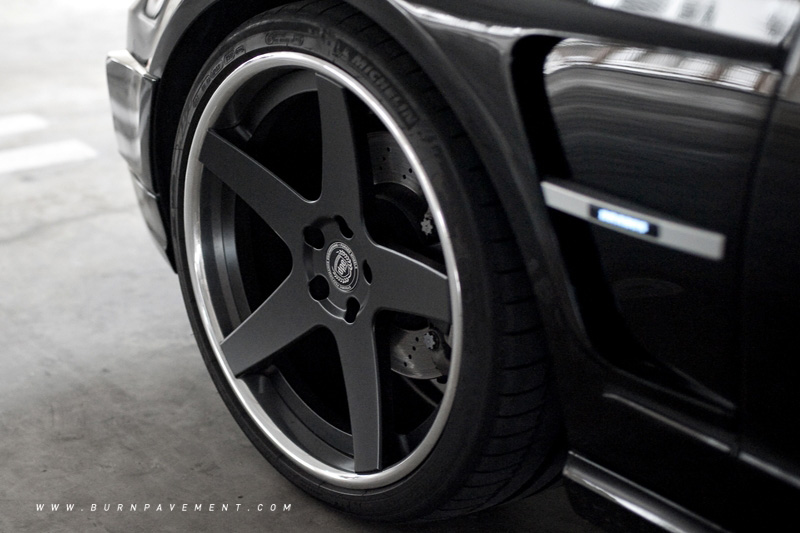 A search brought him to American-made Dynamic Performance Engineering (DPE). Shod on Roger’s CLS are very unique and exclusive DPE CS5 five-spoke concave rims — 20-inch up ahead and 21-inch for the rears. He then paired those sexy alloys to a set of ultra high-performance Michelin Pilot Sport 2 tyres: 255/30 R-20 and ultra-wide 295/20 R-21 front and rear respectively. Sweet… 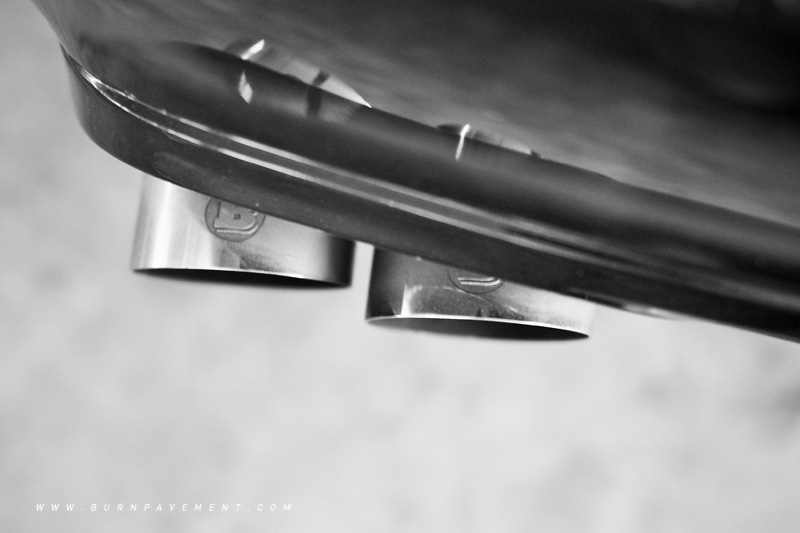 It hasn’t ended yet. Roger also swapped to lowering springs to bring the CLS closer to ground and changed the rear exhaust - if originally it came only with two tail-pipes, Roger’s has Brabus quad-pipes, although these are meant only for show. 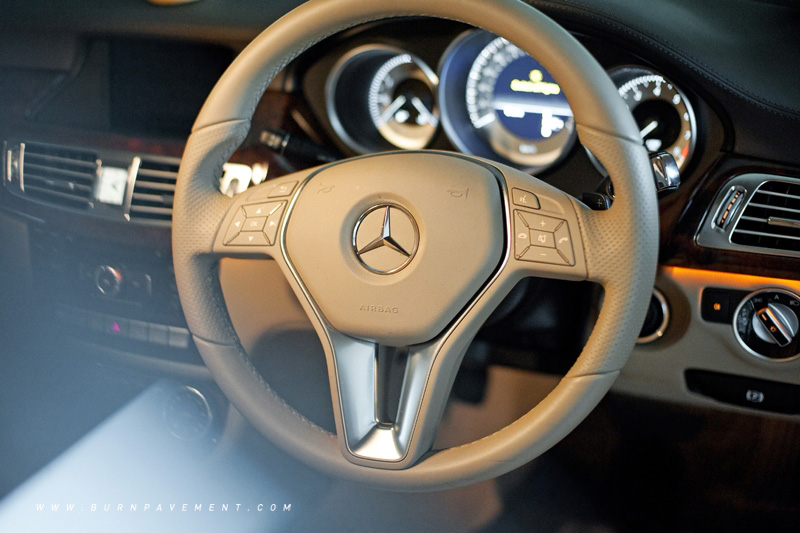 As he was going only for looks and nothing else, the interior and engine has been left as it is. Which means this CLS remains with a 3.5-litre V6 that, with a 7-speed automatic transmission, produces a healthy dose of 306 bhp and 370Nm worth of torque. 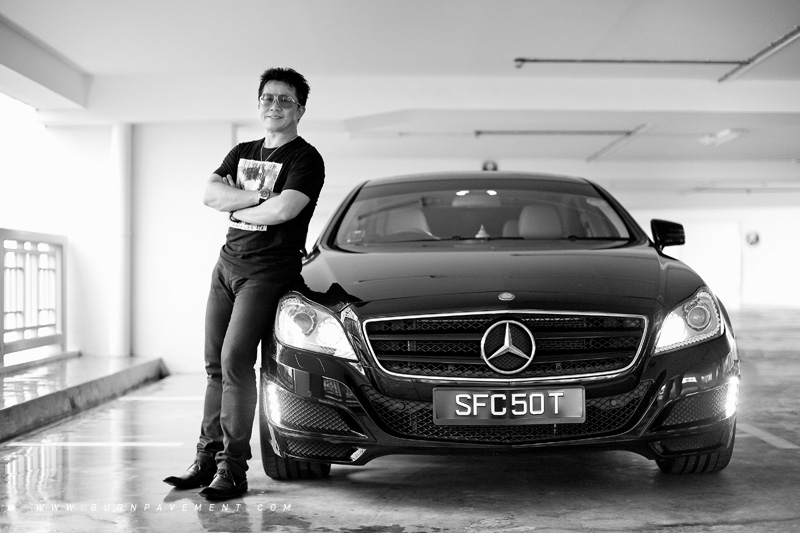 “I won’t have plans to enhance its performance as I’m happy with this car, my art work, so far.” This coming from a man whose other car is a Maserati GranTurismo…