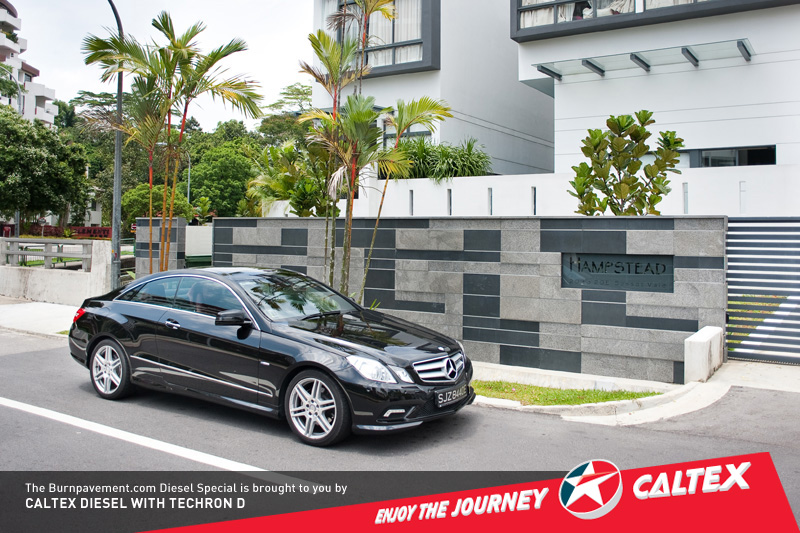 How well will svelte coupÃ© style blend with diesel power? We just had to find out.

When Mercedes-Benz introduced the current E-Class in 2009, it wasn't long before both the sedan and coupé styles were awarded "best-looking car in the world" award by a leading German car magazine. Gone are the rounded headlights and equally round body work, it has all been replaced with the trendy sharp lines and details.

It's funny how some cars define their owners' character. Locally, being in an E-Class earns you the "towkay" (loosely translated: Boss) image. If the sedan's looks are sharp enough, the coupe looks even better, having a lower roof than the four-door cousin and it's slightly smaller too. Yup, the coupe is based on a C-Class but there is no panel that is shared between the two. 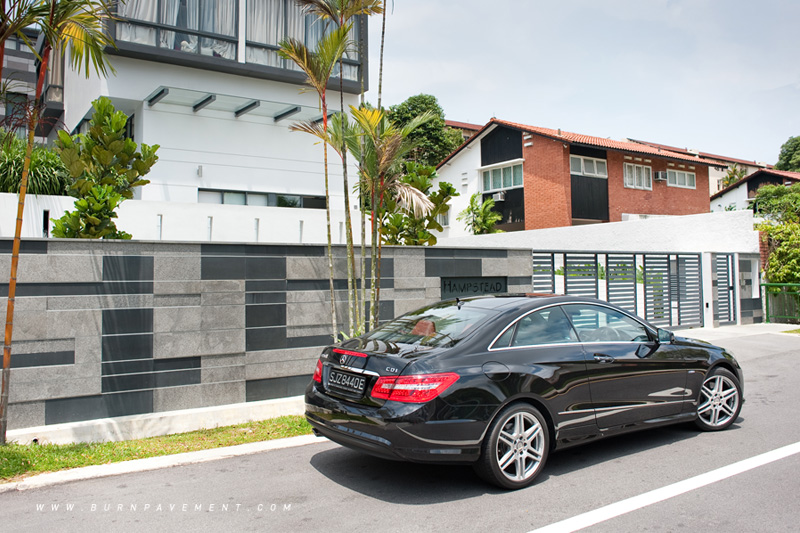 The lack of B-pillars and fully retractable side windows do help to create a more fluid appearance, although we find the rear quarter windows an odd appearance on a coupe. Well, we suppose a few oddities do go well with the overall theme of disharmony - the looks go from crispy to curvy as you get the back. 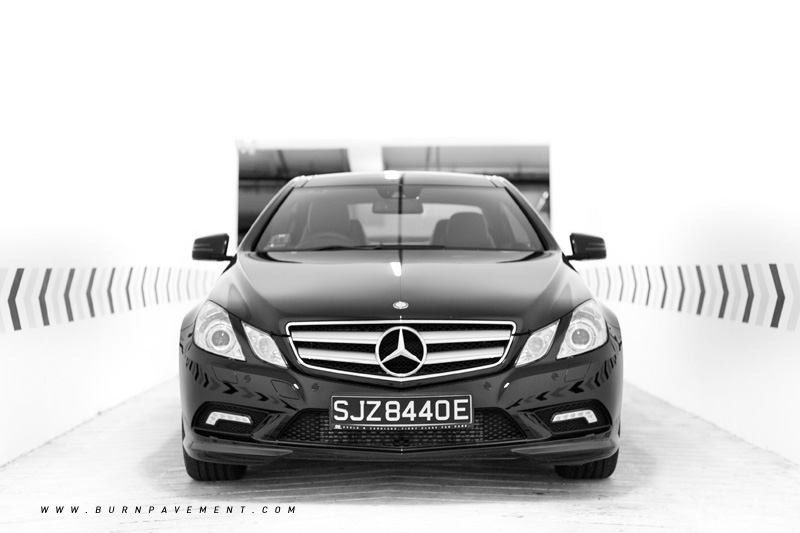 To further distance itself from the sedan, the coupe receives some subtle changes to the exterior bits. That in-your-face grille and front air intakes keep the front looking aggressive while at the back, the taillights have been re-penned to extend further into sides of the car for a sleeker feel. 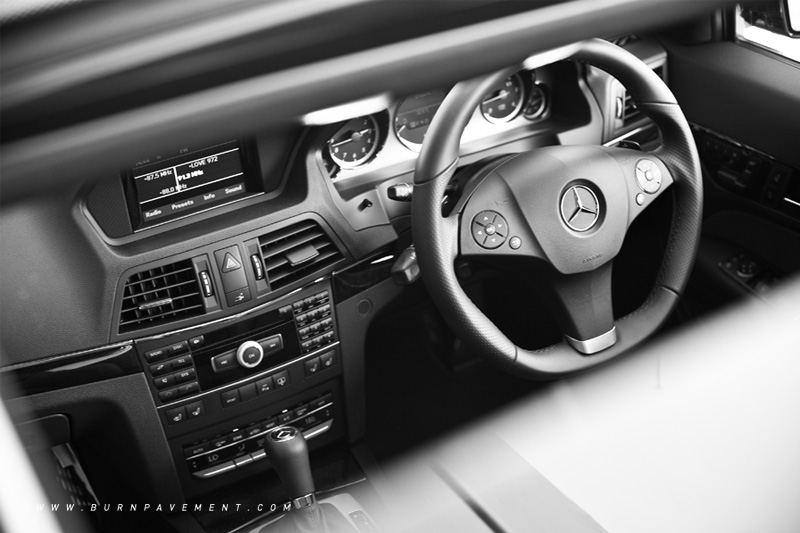 The cabin looks pretty much like that of the sedan - more angles, quality materials with a very German look - our car was finished in a dark colour scheme with glossy black trim pieces, save for... 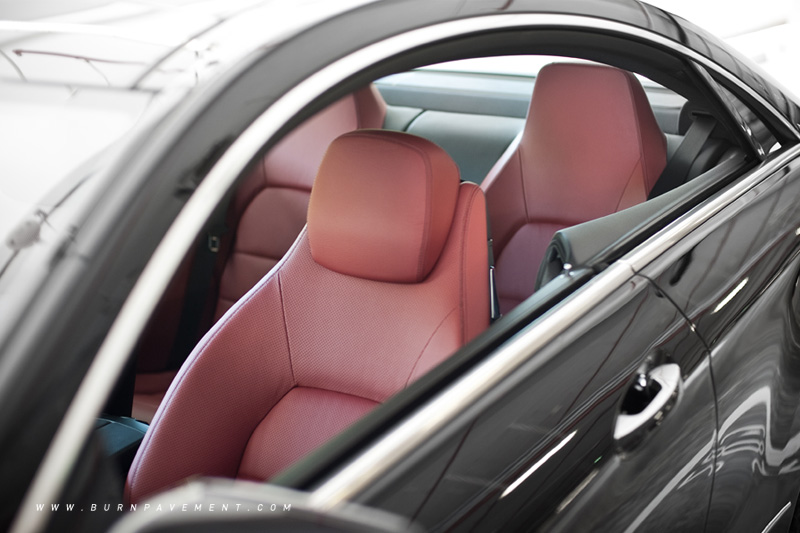 ...the racy red sports seats that feel superb. Mercedes offers the ELEGANCE and AVANTGARDE interior concepts which offer an elegant tone-in-tone design or a sporty contrast-tone look. There is a good helping of space in the front, but the rear comes at a pinch due to the sloping roofline and a wheelbase that is shorter than the sedan. 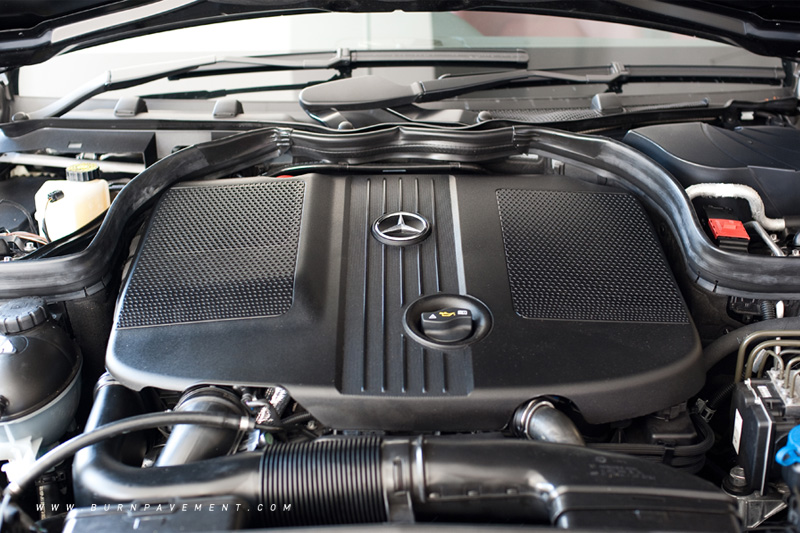 By now, you'll probably be very well versed with the benefits of diesel and how well it works for big SUVs, luxury sedans and hatchbacks. If anything, the diesel plant here is another prime example of diesel advancements in the motoring world. At normal town speeds and gentle acceleration, the engine barely emits a burble as the revs rarely passed the 2k mark. Approaching 3k however, it starts to throw a little protest at being revved hard. 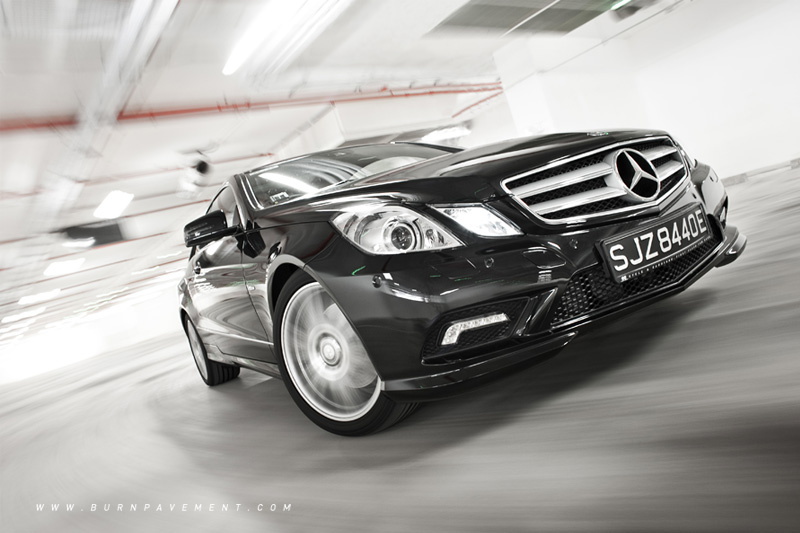 With the 7G-Tronic gearbox appearing in many Mercs, the five-speed automatic box in this car does feel a bit old. It might work fine for petrol engines with higher rev limits, it just doesn't feel proper with a diesel engine when you want to hammer the tarmac fast. On the plus side, the box features paddles on the steering wheel but with the diesel torque, just a prod on the accelerator is all that is needed to vanquish the hogging slowpoke most of the time. 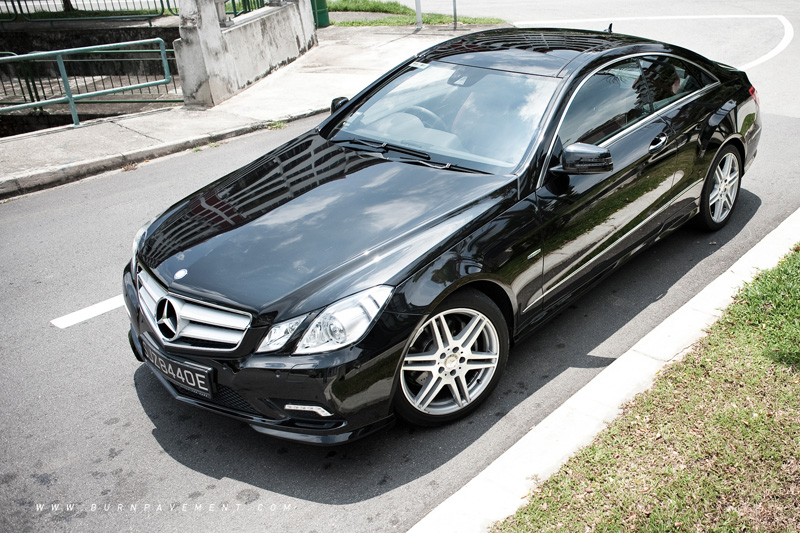 Make no mistake though, this diesel coupe is far from being a slush performer with standing starts and highway overtakes are just some of its pluses. Corners however are best attacked with repressed aggression as the car does feel a bit woolly at the limits. The "Sport" button helps to make life in the bends a little more exciting with noticeably stiffer damping. 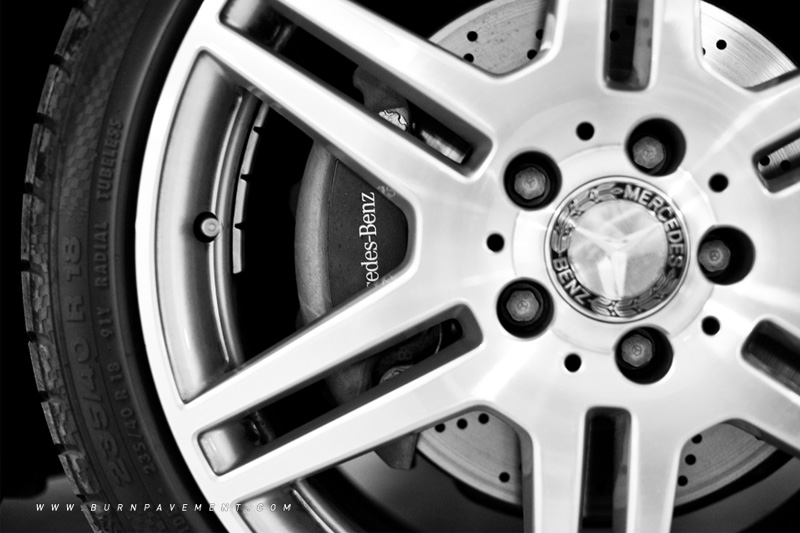 To sum up the whole driving experience, this is a very good cruiser. Though we wished it had a bit more of a sporty edge, it is very composed and relaxing to drive on the roads. Other than the soft engine burble and a bit of little bit of tyre roar from the fat 18-inch rubber, the cabin is virtually silent. Need we bring up this car's ability to sip fuel?