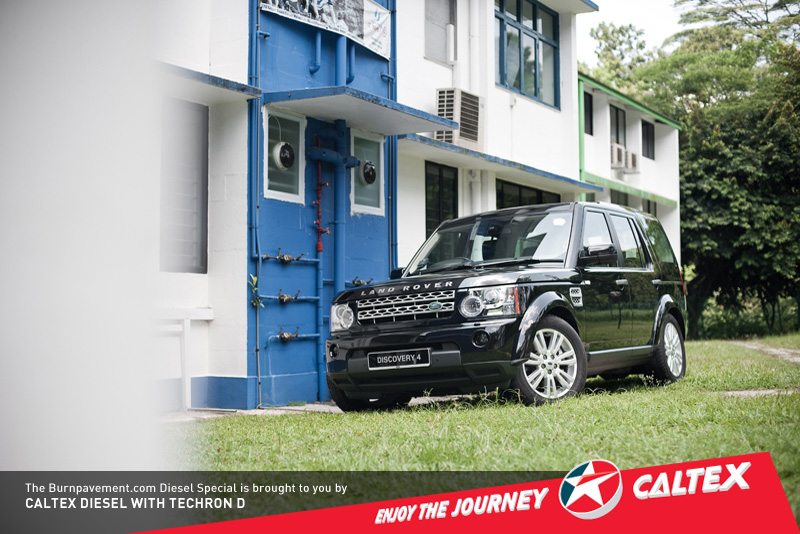 Discover the wonders when a big SUV meets a small 3.0 litre engine!

Mid-sized SUVs are aplenty, in fact, you will have to go through a long just of Japanese and Germans offerings before you reach the crème of the crop - exactly where the Disco sits. The odd thing is, will you trade curvaceous lines for a heavy dose of practicality?

Straight-up, you'll still be faced with the boxy looks. No swoopy rooflines and eye-pleasing curves - just the good 'ole 3 box design. Like the Range Rover we reviewed earlier, this fine example has been face-lifted with some snazzy LED daytime running lights and more LED business in the rear. Not quite our cup of tea for a vehicle which you can drive through a flood, but driving along a posh shopping belt means plenty of attention — may it be flooded or not. 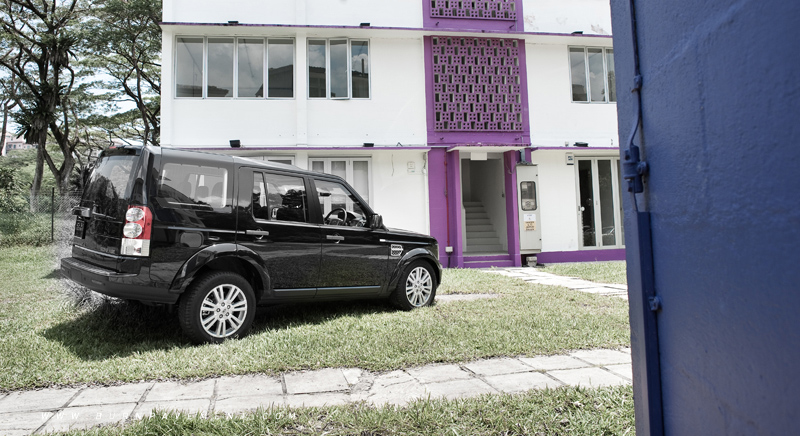 Being second to the Range Rover doesn't mean second-tier engineering. The Disco gets air suspension which can lower it for easy access, to a very generous 31 cm of ground clearance. You'll get the all-wheel drive hardware as well as the Terrain Response system and hill descent control.

Boxy design lends to a huge side profile, but with such dimensions it’s no surprise to fine the Disco has a spacious cabin. It will seat seven with space to spare, even those whom you'll have to throw in the rear. And just note that the front wheels are so close to the front end... that's Land Rover's love for crazy approach angles for you. 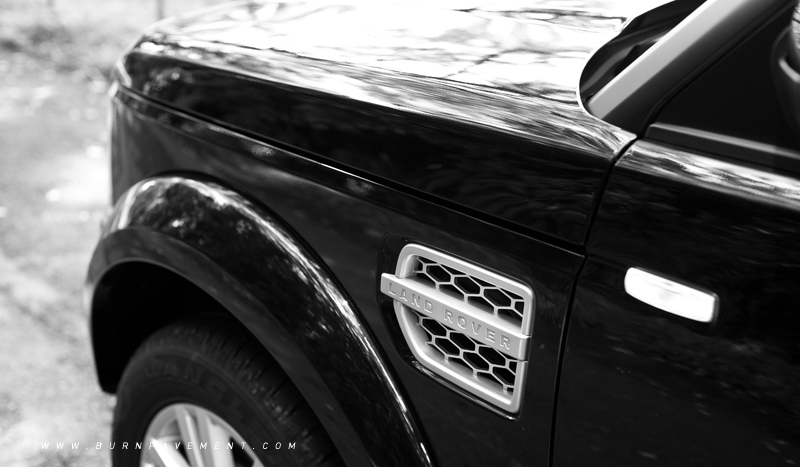 Despite being all the ready-to-rumble finesse, Land Rover has added a sprinkle of style over the entire car. For example, the cheese-grater styled side air intakes and grilles. We can see why they're doing it: To “soften” the Disco's looks in favour of attracting more buyers who found the last Disco too much of a farm-machine. 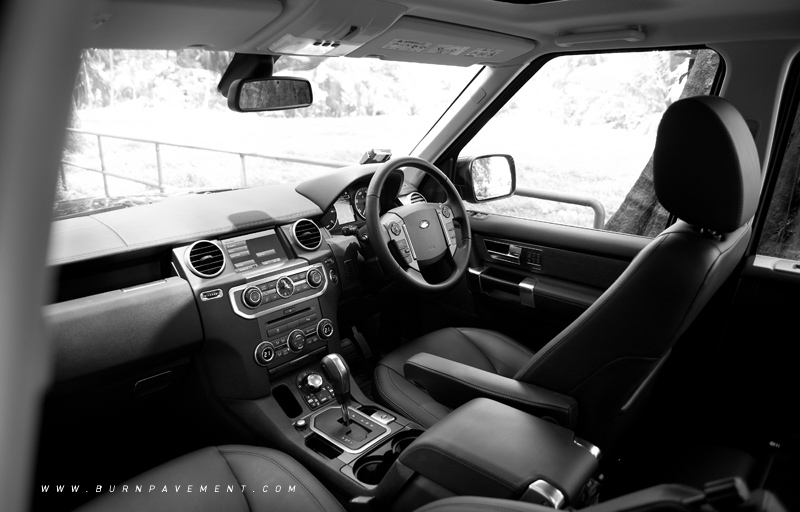 The interior is as stately as ever, more straight lines, slightly curved surfaces with all the fiddly bits concentrated in the centre console, all within reach. When it comes to pocket-stash storage, there are plenty of chances to discover what fits where. It may look similar to the Range Rover's, but the Disco's interior feels more utilitarian. 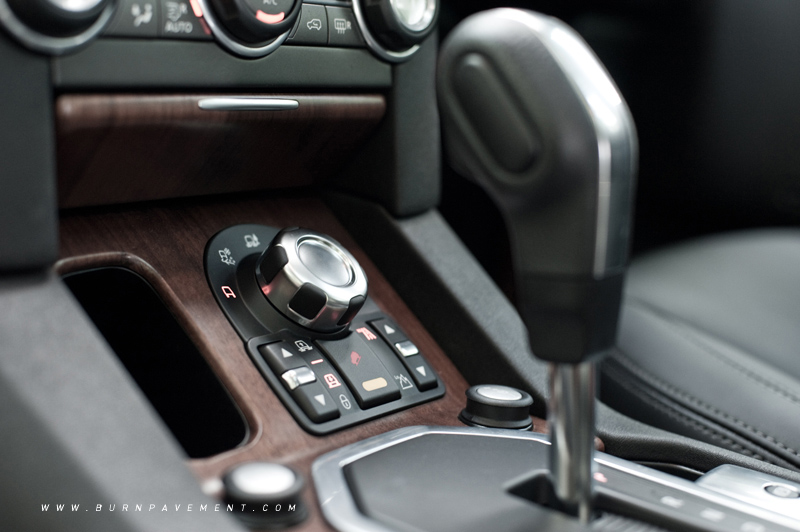 Clear and concise labels eventually lead to excessive button stabbing, knob-turning and lever switch pulling. With everything feeling so well-put together, it adds on to the air of luxury the moment you sink into the soft leather seats. 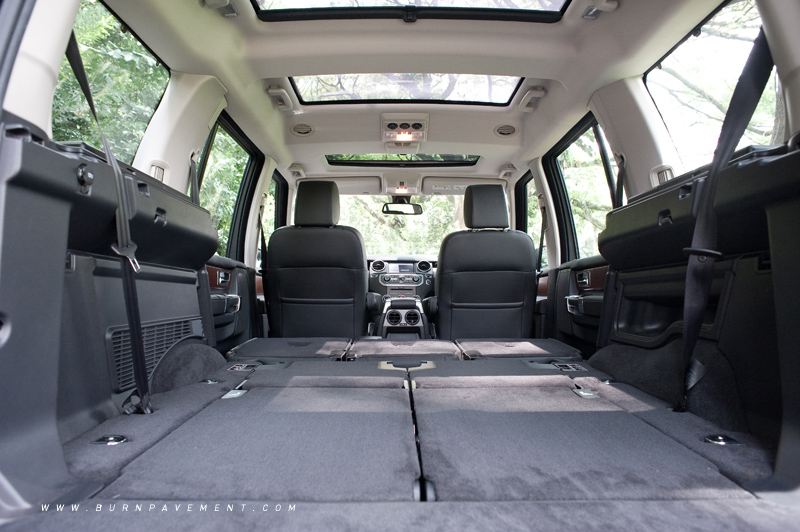 With all the rear seats down, it works fine as a load carrier too. Of all the things we had in the office which could be squeezed in, a mountain bike (without removing any wheels), several big bags of cycling gear and all of our camera stuff. Thank you Land Rover for the leaving the split rear tailgate to make loading easier! 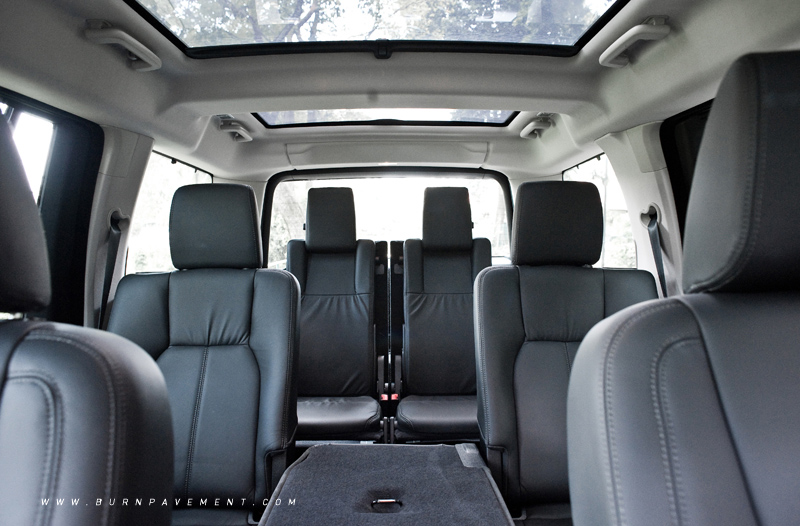 How about humans? Well, there is certainly enough space for seven big humans, but the rear seat entry could do with some working on. It can be quite a two-handful to accomplish the folding sequence. We wished it had the yank-one-lever for tilt-and-slide magic, or at least make it as easy as folding the third row of seats. 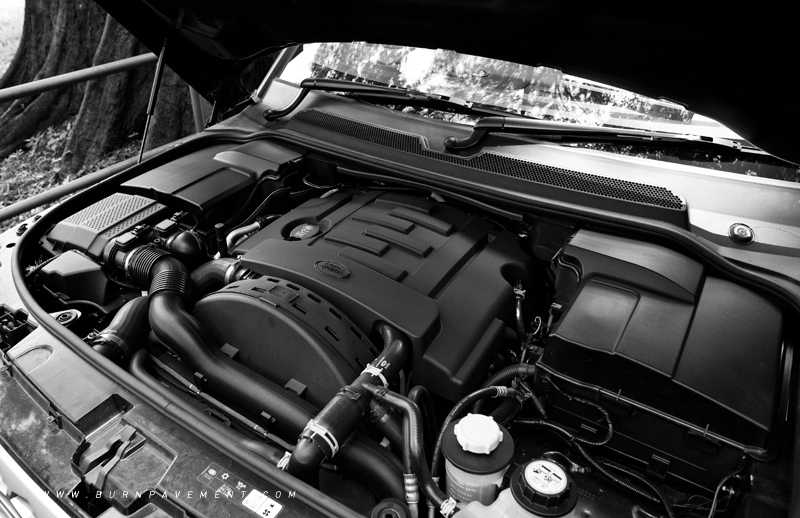 And onto power; The Disco has a few engines to choose from; two diesels and a petrol. While the 2.7 litre diesel and 5.0 litre petrol are not offered here, this 3.0 litre does have a few aces up its sleeves. Firstly, it is turbocharged. Then Land Rover adds another turbocharger for even more oomph. As a result, you get almost car-like acceleration from something that weighs nearly twice an average car. All that power is delivered smoothly through the 6-speed CommandShift automatic transmission, which seems to shift almost as quickly as a dual clutch system. 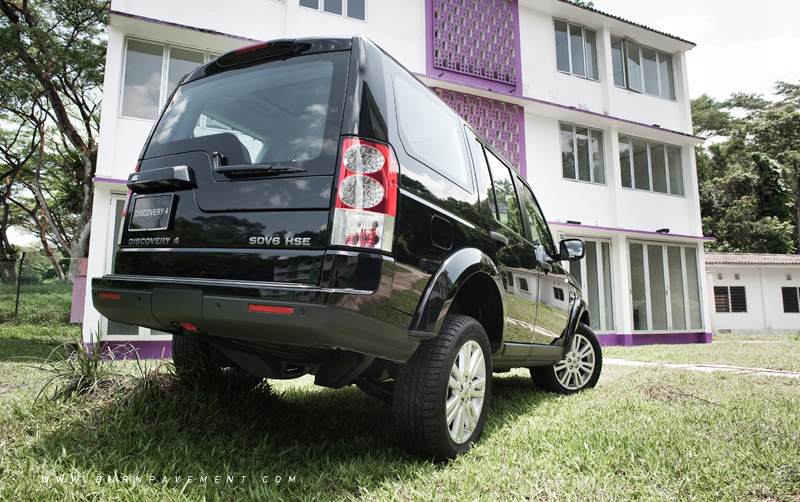 There is no escape from the fact that the Disco is heavy. But that huge mass, combined with the soft air suspension just steamrolls the road, even the worst paved expressway in Singapore felt like a gentle massage to us. It is quite a hoot (for its size) through corners too, thanks in part to its light-weighted steering which feels very direct. The new Disco is certainly a very accomplished long-distance cruiser. 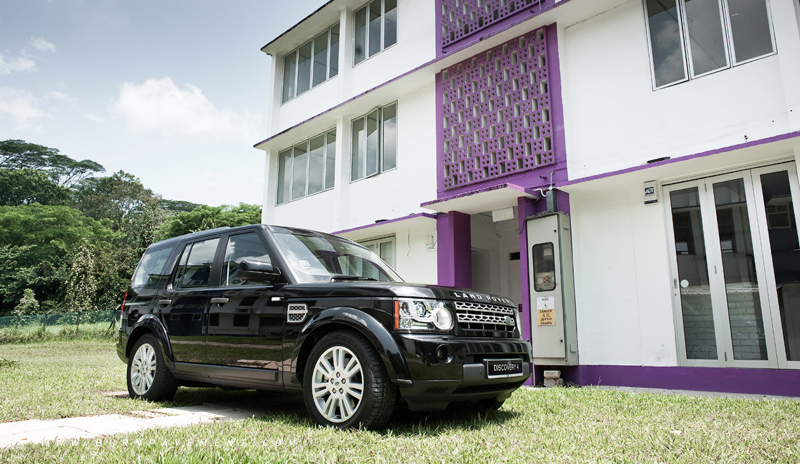 In this concrete jungle we live in, there are no rivers to ford, mountains to climb nor wild animals to scare away. Still, the new Disco's capabilities are impressive. However, it's not alone in the market - There are more comfortable SUVs and crossover vehicles that exhibit better road behaviours but few can claim to have the offroading prowess of a proper Land Rover. 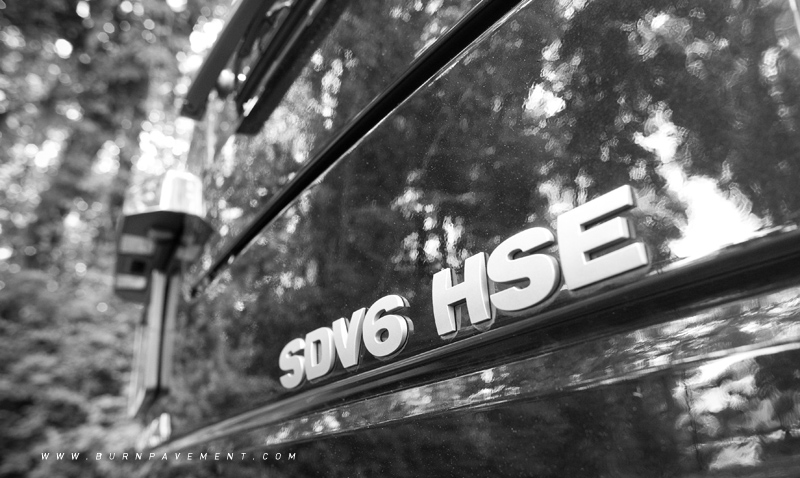