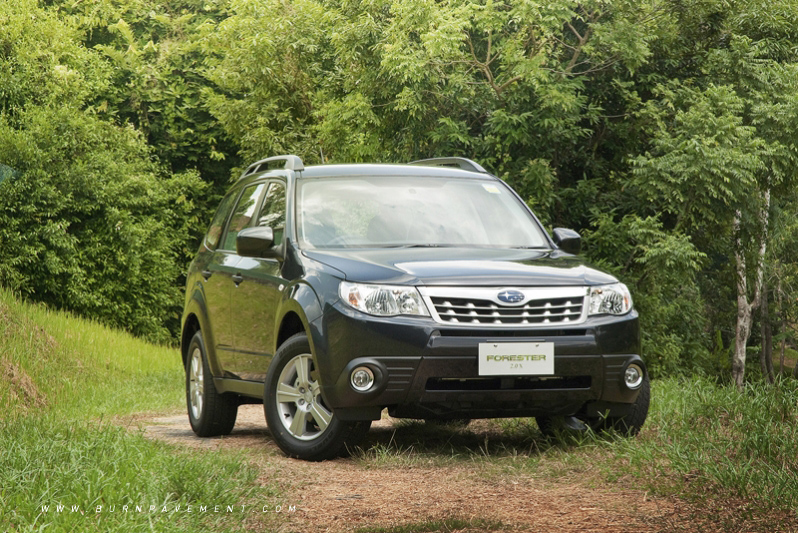 The third generation Forester receives a new heart three years into it's life. Will it keep it competitive in the growing crossover market?

The Forester has always been one of the staple choices in the “soft-roaders” segment with it's all wheel drive system and actual off road capability. How it stood out from the crowd was to be utilitarian rather than built as a fashion statement. Last year, Fuji Heavy Industries (FHI) introduced the third generation Subaru boxer engine – that promises more power, greater efficiency and tighter emission control.

Looks familiar? You will have to really squint to spot the difference between the new Forester and last year's model. Other than a tweaked grille design, we too couldn't spot any major changes when we managed to park our test car next to last year's model. 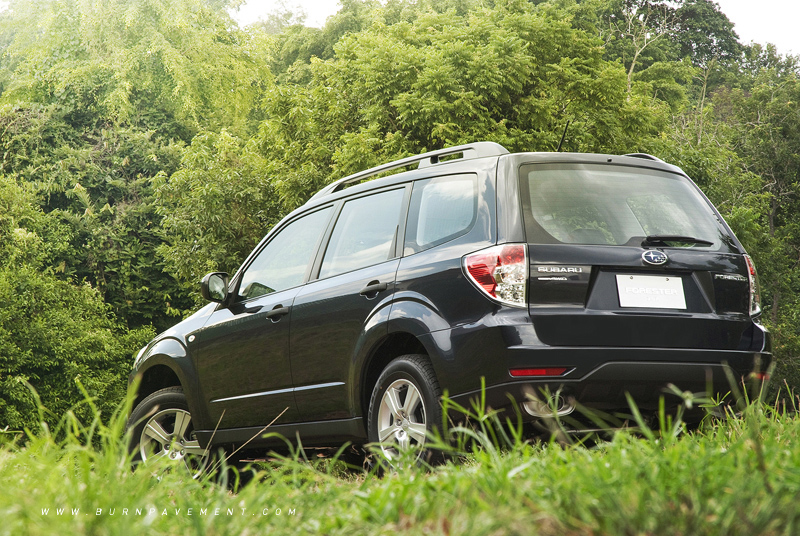 The Forester's current position in the soft-roader market puts it really close to the small SUV category. You can't really blame it — the chunky wheels and door handles, big mirrors as well as puffed-up wheel arches lend themselves to create a “bigger” look. The minor surgery for this year honestly feels lacking, but stuff like these are created to last for years, not just for a season. Fair enough. 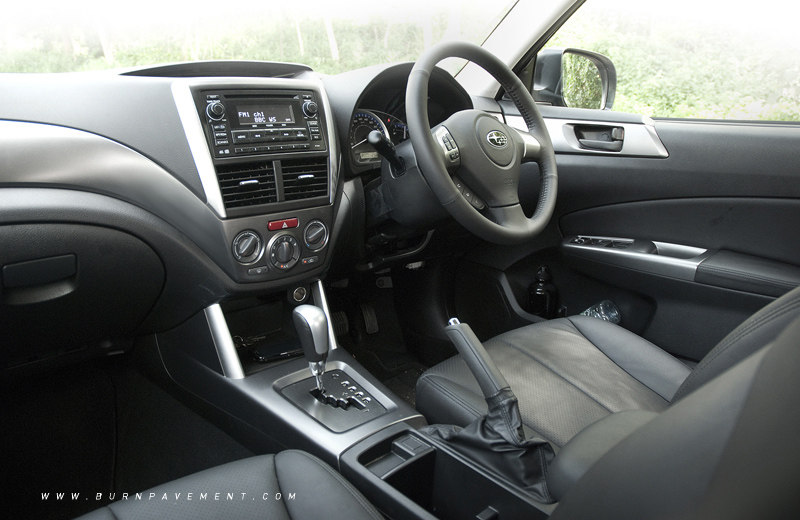 After you have yanked on those manly door handles, you'll be greeted with … the same interior. The storage areas in the doors and centre console are so generous, it will make it easy to forget where you left your smaller stuff (eg: a bunch of keys, mobile phones and bottles). The nice chunky switchgear, clearly labelled buttons are carry-overs from the old model with the only change being a new sound system. It now features Bluetooth audio and phone connectivity, with additional buttons for answering or rejecting phone calls mounted on the steering wheel. 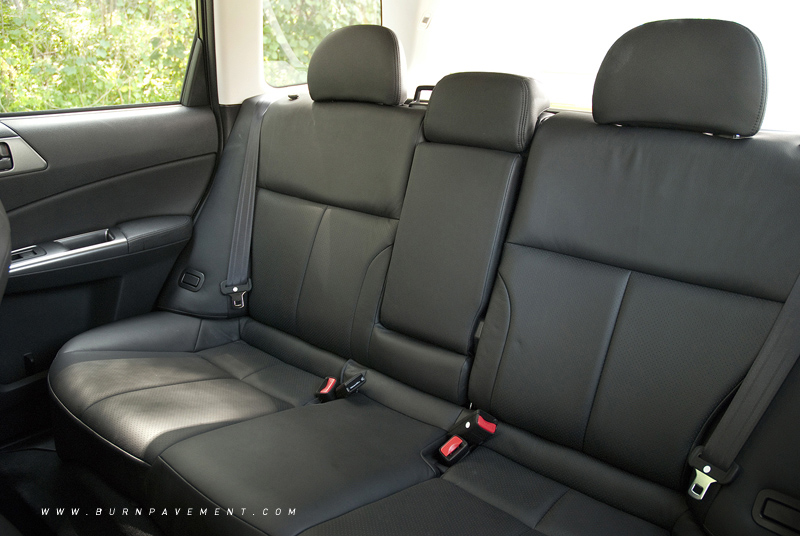 The space you get inside is nothing short of being properly big. Tons of room to move you head about, tons of room in the rear seats that can be reclined for those long journeys and be folded in a 60/40 split for extra stow room over the very accommodating boot. Frankly, these the essential basics we ask for in a car and the Forester gets all of them right. Only a complaint: The plastics could do with some “softening” up. 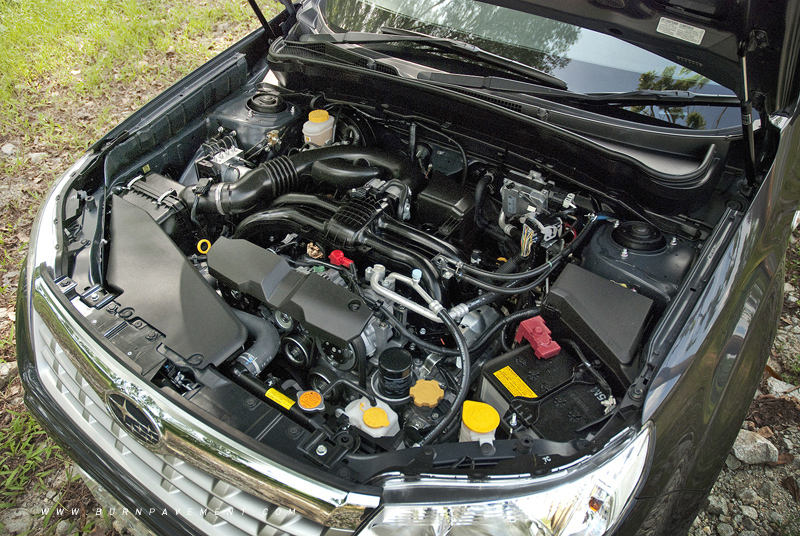 The old 2.0-litre engine was not really welcome thanks to its lack of low- and mid-range punch, a fact which made some buyers go for the turbocharged 2.5-litre option. Well, were you expecting that the next generation engine to deliver a big wow? The new engine does feel more torque-y in the low- to mid- ranges, but not by much. However, it does feel much more refined than the previous plant, especially when you really put the pedal to the metal... something which you will be doing to get anywhere fast. Well, it might be better off if it didn't have to deal with the four-speed automatic gearbox. 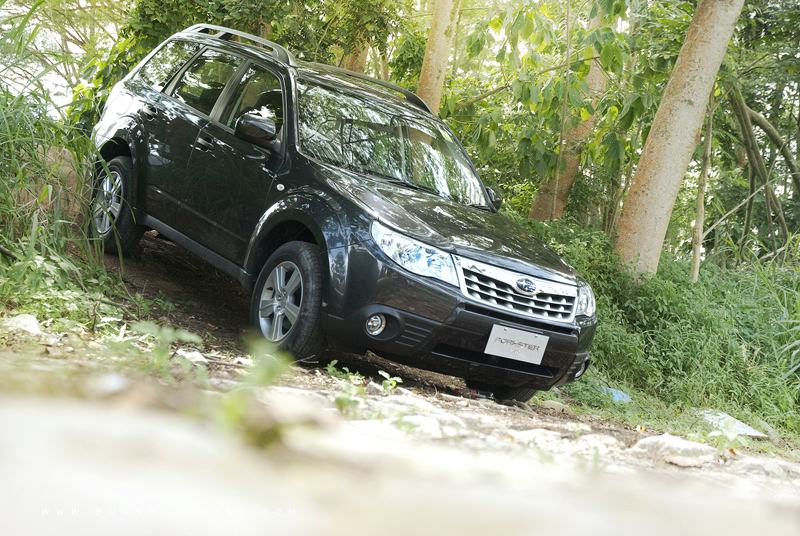 It's silly to forget that the Forester is still a very capable off-roader, with a high ground clearance and all-wheel drive. That said, the Forester does handle like a SUV in the corners with noticeable body lean, but it's on road manners are acceptable. The soft suspension is good at smoothing out big bumps, but when it starts bouncing over the dips - it is a little scary. The Bridgestone rubber provides enough grip on wet grass and mud, plus it barely makes a roar on the pavement 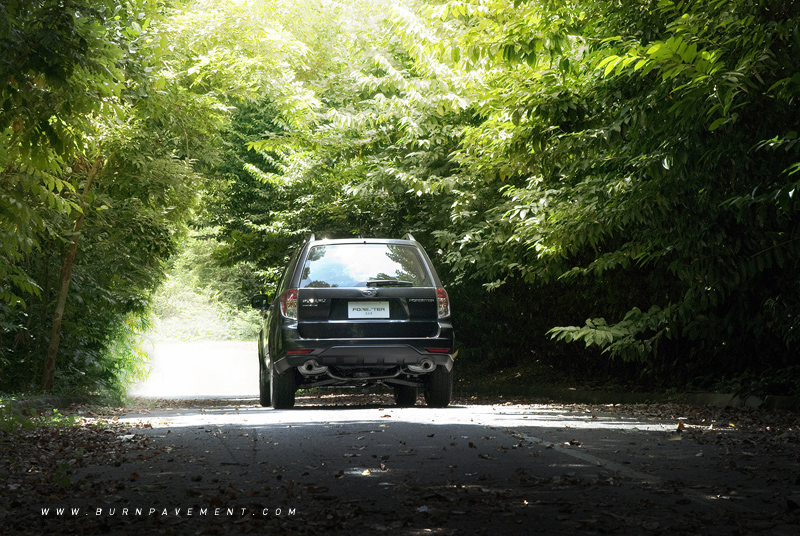 It's a very mild change for the Forester but today's market is filled with lots of tempting offers from both the Koreans and Germans. It just struggles to outshine the rest of the field. However, there is no faulting that it is designed to be a tough and reliable workhorse that won't squeal the moment it sees mud. The new heart though, cures the old saying that Subaru's are thirsty and rough beasts - it's smooth and we were achieving roughly 12 km/l, that includes urban driving, highway cruising at 90km/h and some light off-roading thrown into the mix.