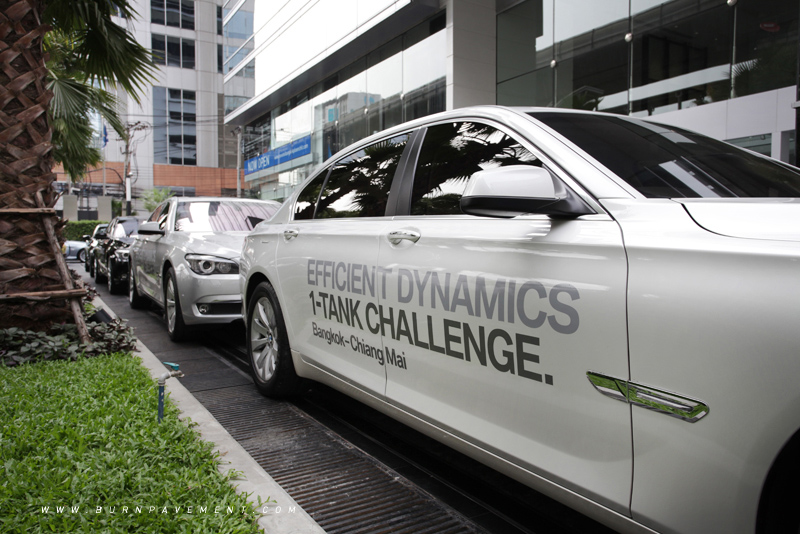 We set out to complete the Ultimate challenge - Bangkok to Chiang Mai in one tank of gas in BMW's award-winning 730Ld luxury sedan. After 700km, here's our story!

It was a challenge that seemed near impossible. We were to drive from Bangkok to Chiang Mai in one tank, and have fun while at it - in a huge and luxurious BMW 730Ld no less!

As you would have guessed by now, the 730Ld was more than capable and completed the mission with aplomb. With a detuned 218 bhp engine unit pushing 540 Nm of torque, we had excellent fuel economy and impressive performance from the luxury sedan, despite its hefty size and weight.

As always, we'll let our photos tell you more...
(To read our Associate Editor's journal on the trip, CLICK HERE.)

After staying from the night before, we head off fresh early in the morning from our hotel at Novotel Ploenchit, Bangkok. Teams of three journalists get a car each to share over the 700km. We were designated the first car in the convoy. 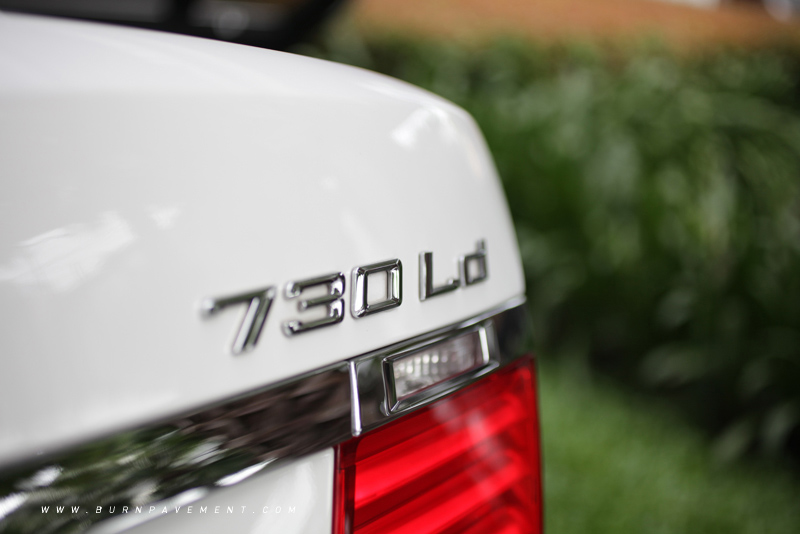 The weapon of choice is a long wheelbase (140mm more than a regular 7 Series) 730Ld. A 2,993cc 6-cylinder, common-rail injected power plant made out of mainly aluminum. With a 6-speed automatic transmission, the 730Ld will use its hefty torque figures of 540Nm to reach 100km/h in 7.8 seconds. Despite weighing in at close to two tonnes! 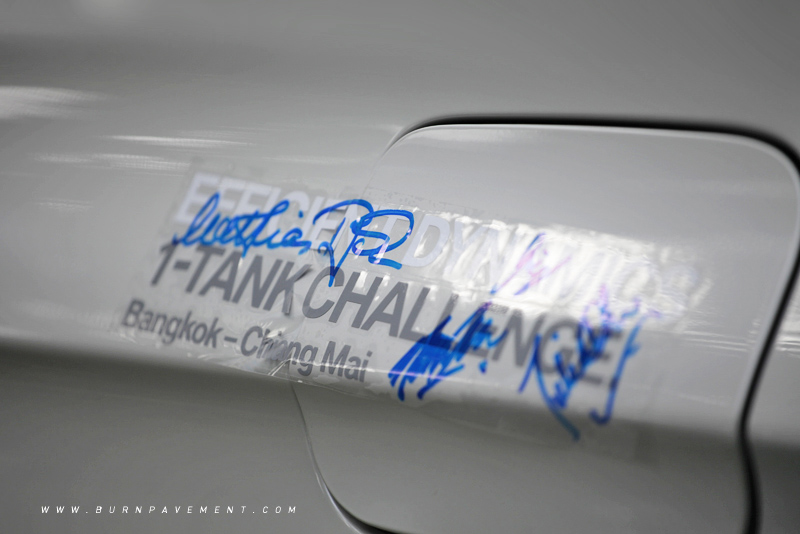 Along with Mr Matthias Pfalz, President of BMW Thailand, drivers were made to sign on a label that sealed the fuel cap, this was to ensure that nobody could refill their car until the designated petrol station in Chiang Mai. 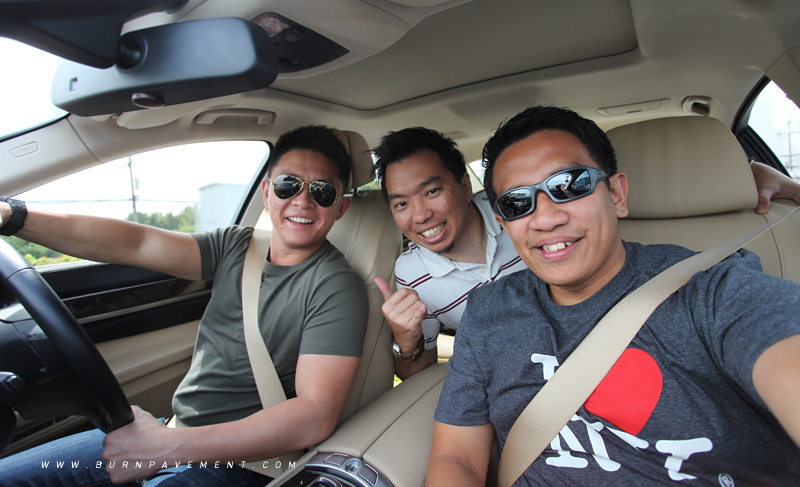 The team in car no. 1! Drivers were to swap at every rest point so we could experience the drive both as a driver and as a passenger. 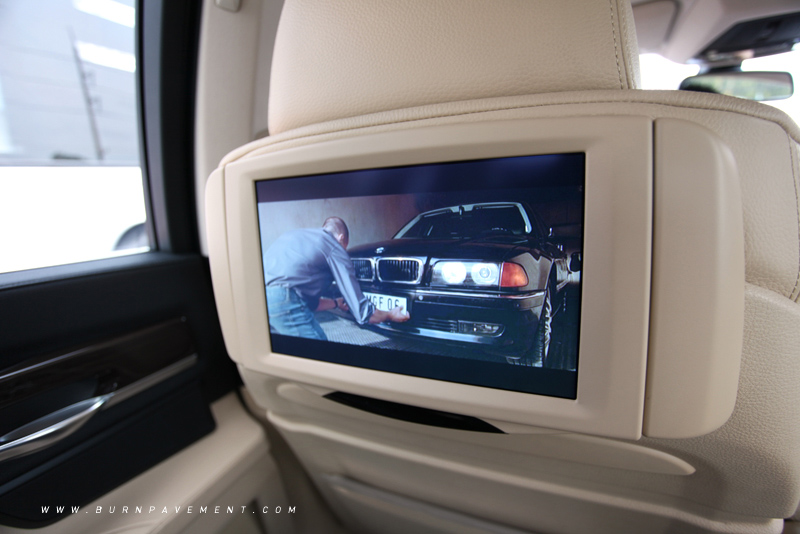 How apt, BMW even downloaded The Transporter movie into the car's hard-drive. Guess what car Jason Statham opens the movie with? 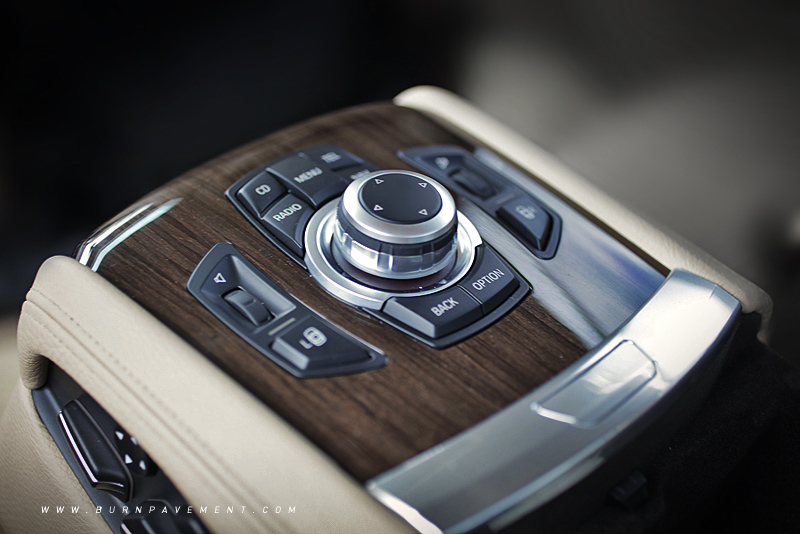 "I" pad. Rear passengers get to control the car's entertainment system via an i-Drive panel mounted on the centre console. The rear seat of a 7 Series is truly an excellent place to be. 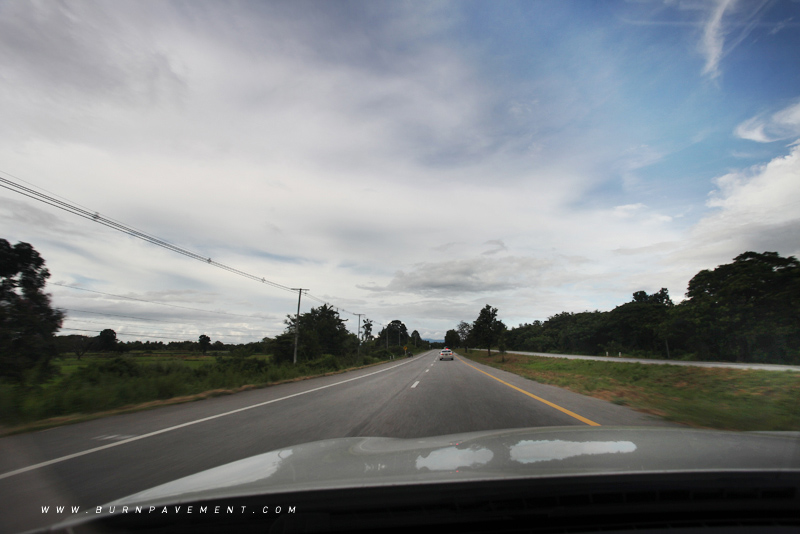 Long open roads leading up to Chiang Mai. We had to pass 9 provinces before reaching our destination. Driving the 730Ld was both relaxing and engaging, the torquey power-plant made for easy overtaking maneuvers and when set in 'Comfort' mode, the ride was smooth and forgiving even over harsher portions of the highway. 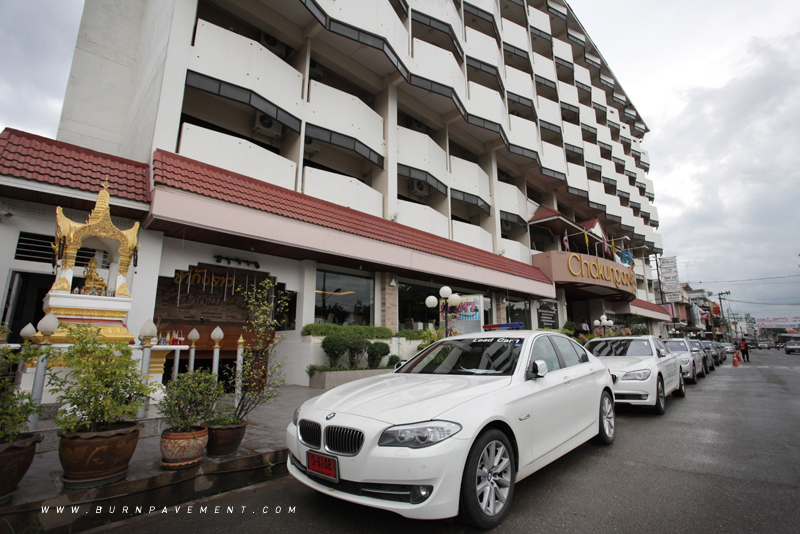 Our lunch break at a hotel in the northern province of kamphaeng phet, which was once a royal city in the Sukhothai kingdom back in the 14th century. 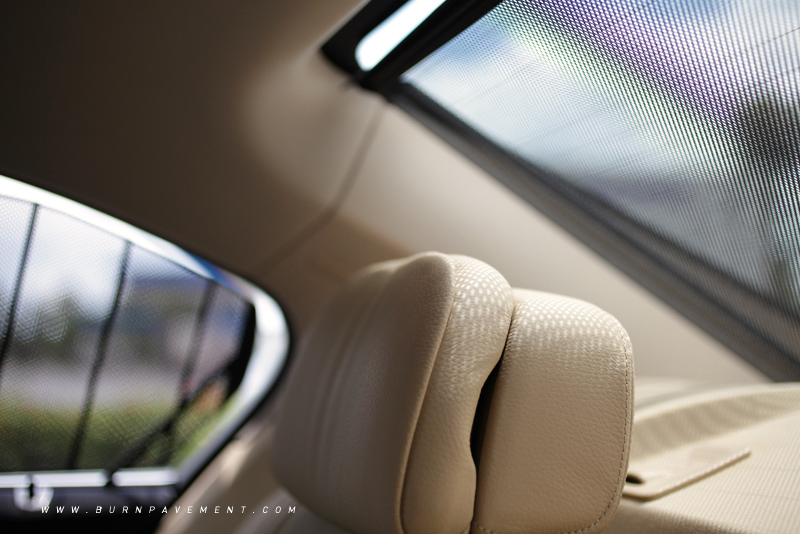 It was time for me to kick back and relax after a hearty meal, while someone else took over the wheel. Full curtains draw up across all windows when you're in need of forty winks. 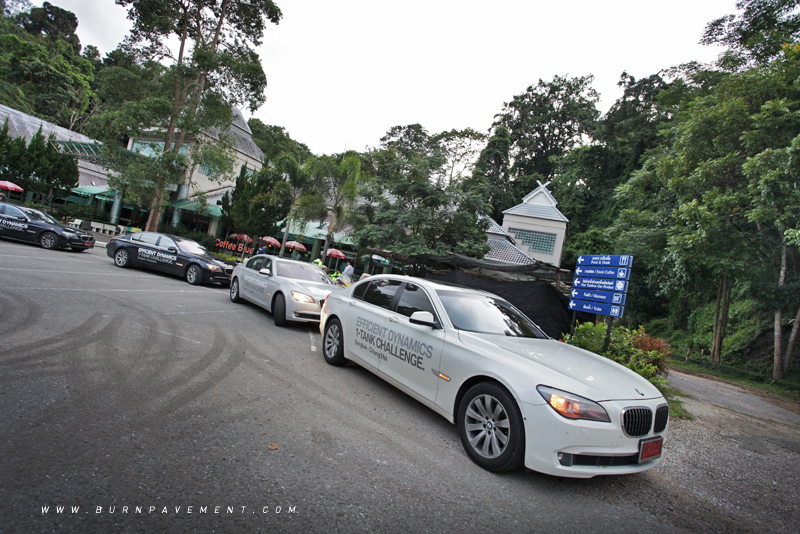 Our last stop before we drove into Chiang Mai. Our cars might not have been allowed to fuel up, but us drivers got a chance to gulp down some really nice iced coffee at the designated rest points. 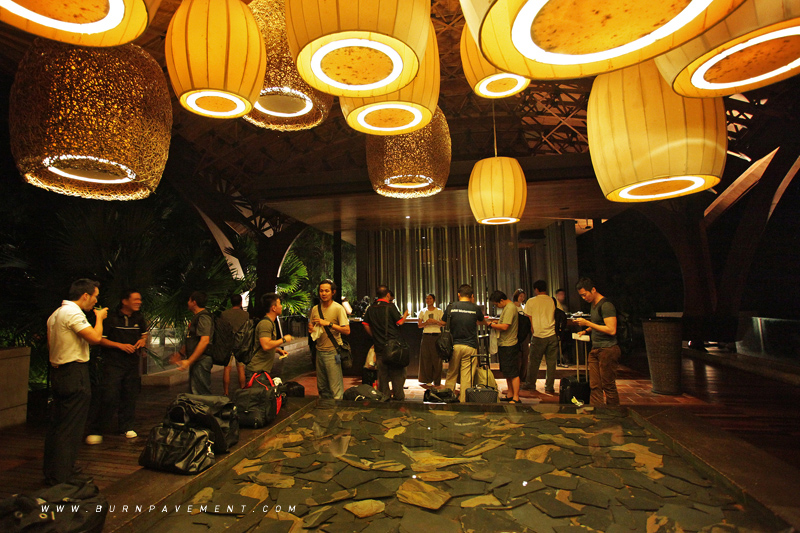 Our hotel in Chiang Mai, a boutique resort called The Veranda. The perfect place to unwind after a long day's drive. 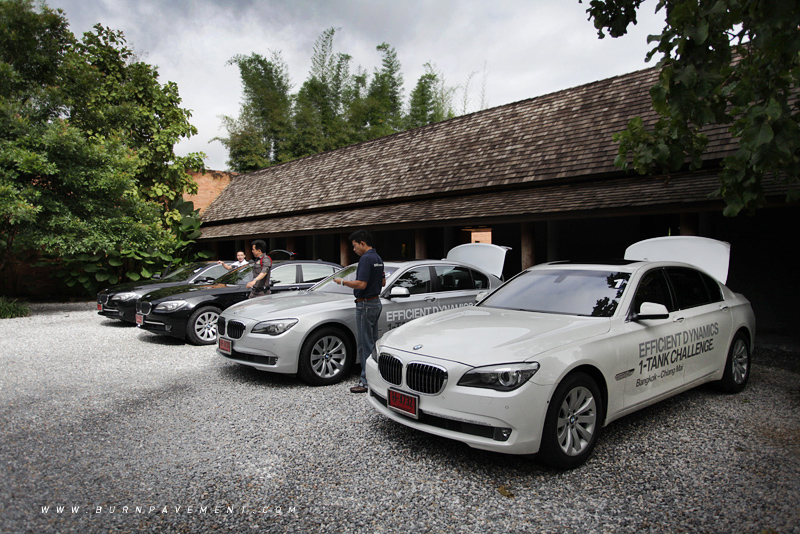 We set out early in the morning to experience the 'Dynamic' in EfficientDynamics. A mountain drive filled with twisty bends and tight apexes. The 730Lds were cleaned up, fueled up and all ready to go. 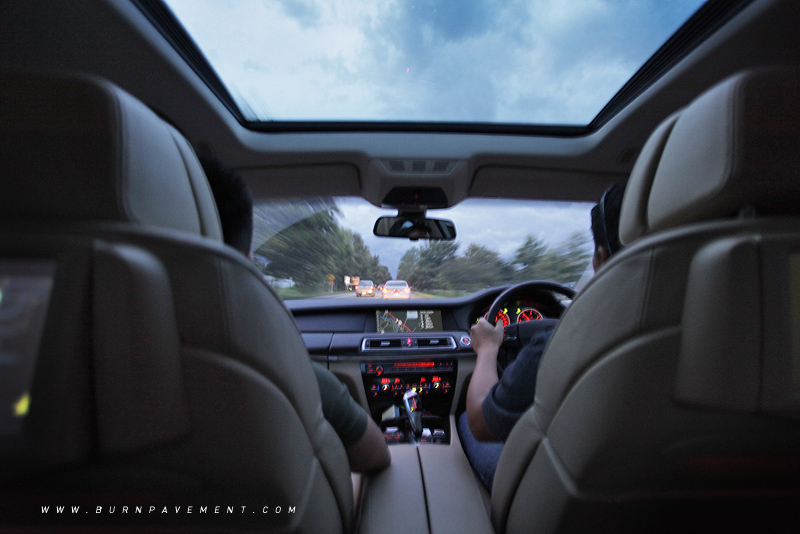 The car performed surprisingly well... for a barge. It was both amazing and amusing to see how something so large could handle the curves so well. Set in 'Sport' mode, the stiff setting ensured minimal body roll as the bends piled on turn after turn. The punchy throttle enabled us to keep up with the 5 Series lead car easily. 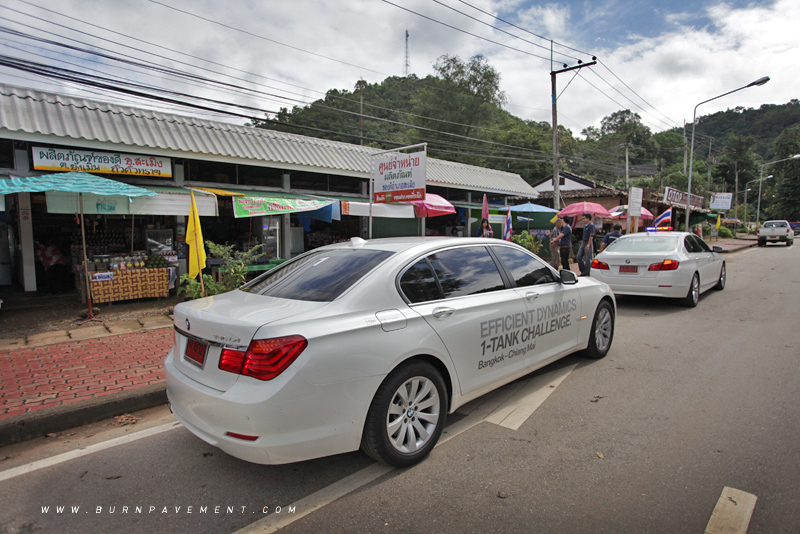 After a quick rest stop and a swap of drivers, it was literally downhill from there. 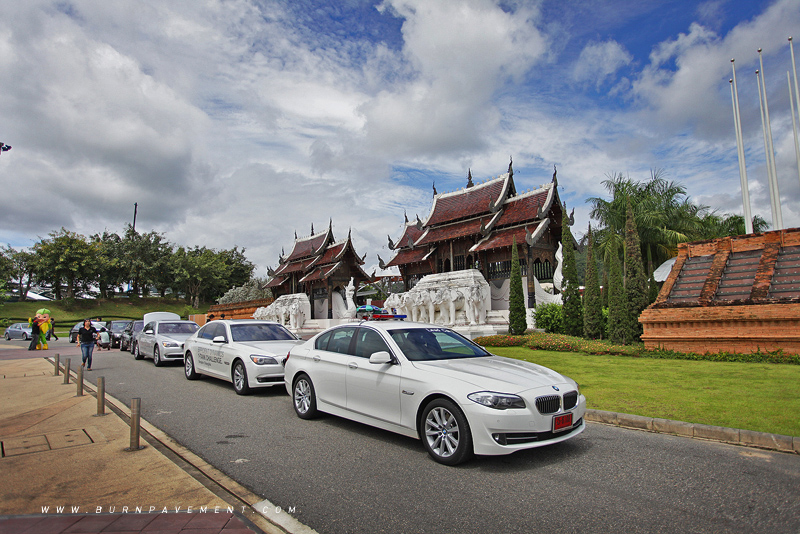 The day ended with all the cars gathering at the botanical park for a group shot before we headed back to Bangkok via a domestic flight to catch another BMW event the following day. This whole exercise left me an awesome and lasting impression of the 730Ld. While similar technologies specced in the 730Ld can be found across the BMW range, I do wish we had this model here in a gas-expensive Singapore. Enjoy the awesome video below!