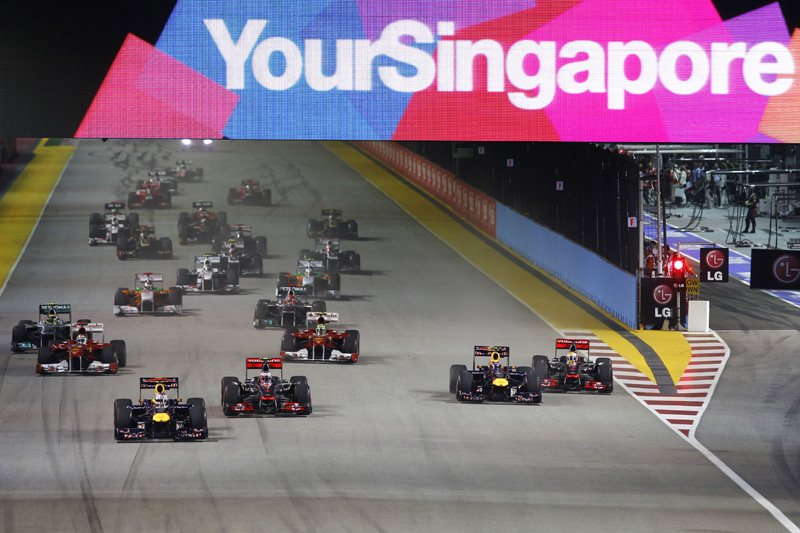 Vettel claims first win in Singapore — with only a point from the title!

Vettel held the lead from lights to flag to secure his ninth victory of the year. Only Jenson Button, who finished second in this race, can now mathematically take the title from the Red Bull driver. Mark Webber finished the race in third position.

One point is all that separates Sebastian Vettel from his second successive Drivers’ World Championship after the 24-year-old German and his Red Bull Racing team claimed their first victory on Singapore’s Marina Bay Street Circuit on Sunday. 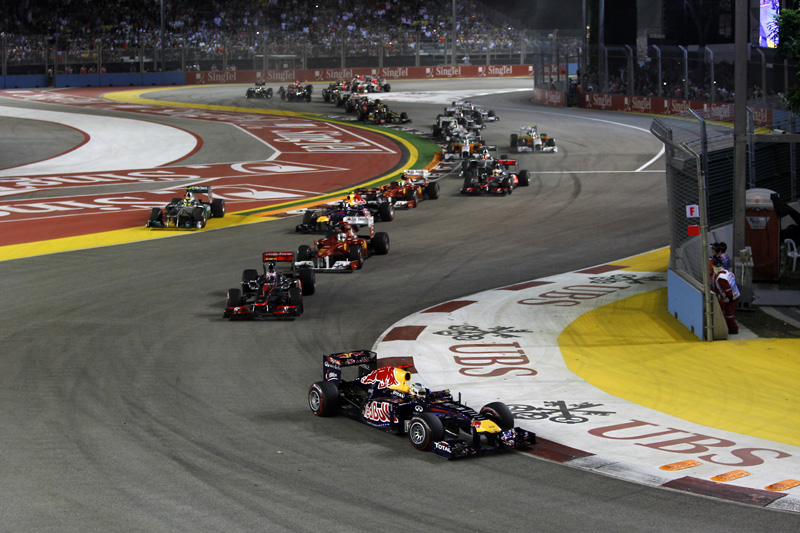 When the race kicked off, Webber botched his launch, causing him to loose second spot on the grid before the first corner as both Button and Alonso swept through, then having to fight his way past the Ferrari driver in another of the spectacular duels that have been a feature of their 2011 season. 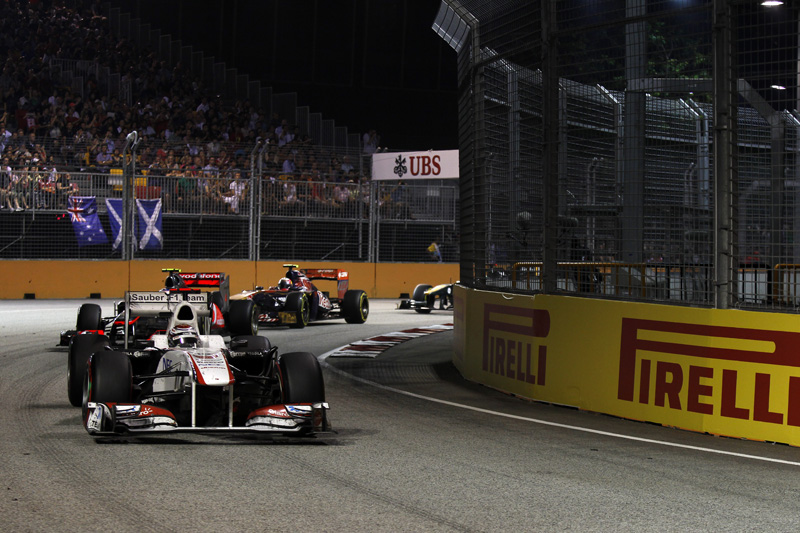 There were five first-timers in the race and the best of them was Scotland’s Paul di Resta, taking his own best F1 finish with a fine sixth place for Force India, who also saw Adrian Sutil in the points in eight position. 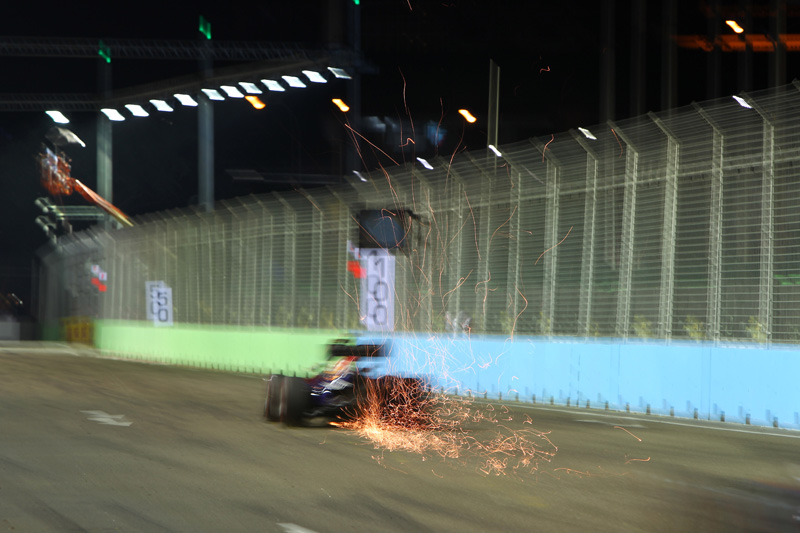 “Perfect day in the office,” said Vettel. “To us today, the title didn’t really matter, our target was to win. I really love the track, I love the challenge, it’s the longest race… We were in a comfortable position for most of the race. For the championship it looks like we have another chance at the next race.” 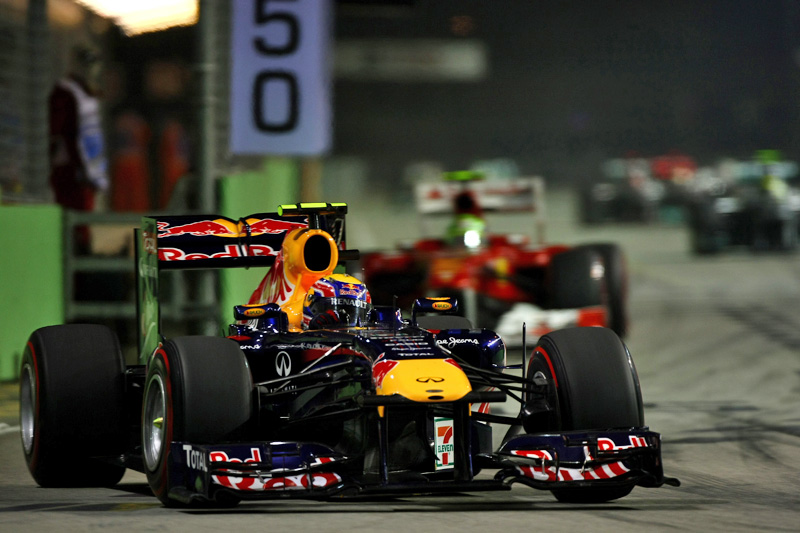 Though he was quick off the line, his race wasn't a smooth one. During a pit stop, Vettel had to react quickly in pit lane as he and Heikki Kovalainen’s Lotus almost came together after their second tyre stops. 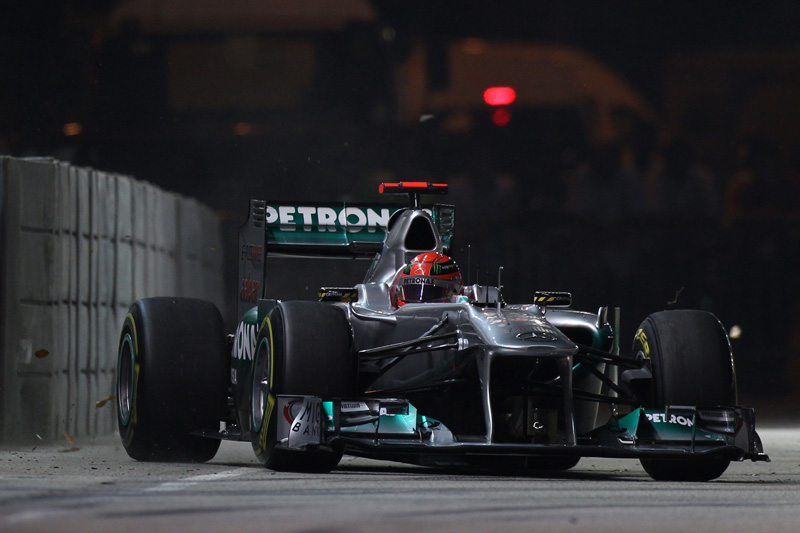 Michael Schumacher was involved in the night's most spectacular crash when he attempted a passing manoeuvre at Turn 8. Hitting the back of Sergio Perez’s Sauber, the front of his car lifted and crashed to the ground, sending him straight into a retaining wall. “It was a very unfortunate ending to my race in Singapore tonight and obviously I am a bit disappointed,” said Schumacher. “What happened was what I would call a misunderstanding between Sergio Perez and myself. He was about to go inside and lifted, and I was not expecting him to do that so early, and therefore hit him. ” 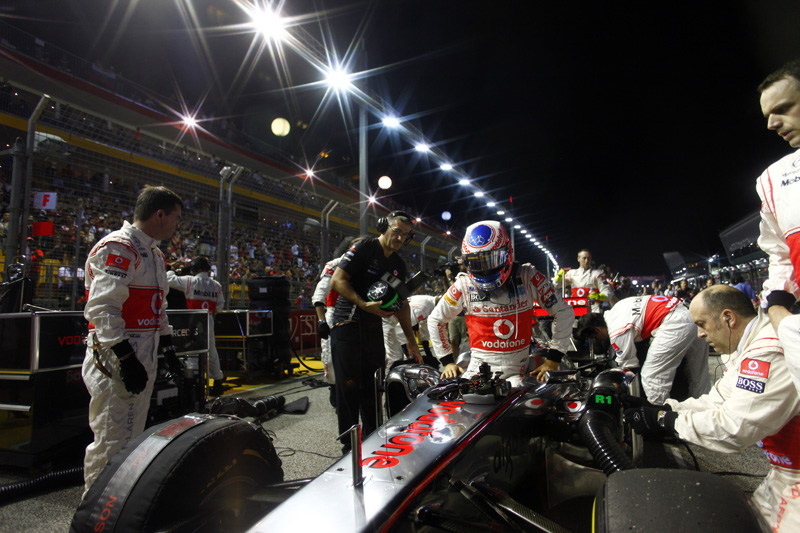 Jenson Button who was charging throughout the closing stage of the race, was caught up in traffic, removing any chance of catching Vettel. “I was being told throughout the race to look after the car and the tyres,” said Button. “The only time I was really able to push was in the last 12 laps, when I chased down Seb on the Supersoft tyre. Still, I think we had the best possible strategy for both Saturday and Sunday, and I couldn’t realistically have asked for a better result this weekend.” 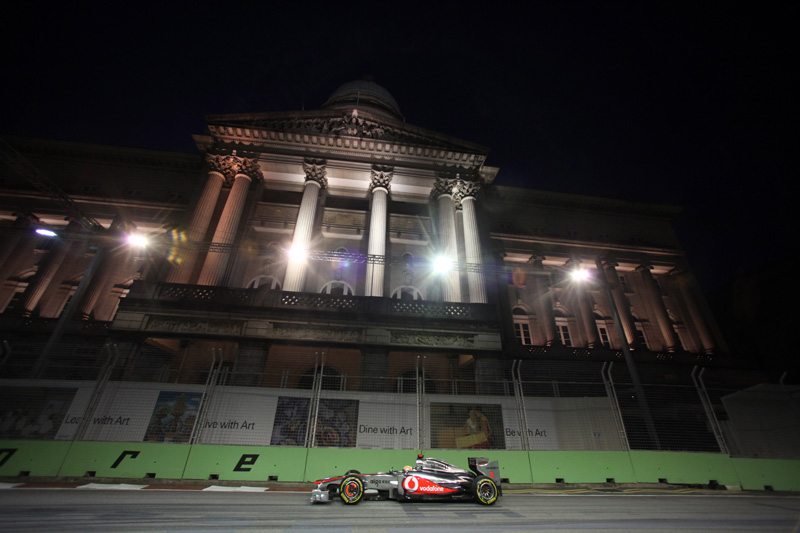 Lewis Hamilton was certainly the driving sensation of the night. After a 13th-lap collision with Ferrari’s Felipe Massa that left the Brazilian with a right rear puncture and the McLaren with a damaged front wing, he was slapped with a drive-through penalty. Emerging from the pits with a position low down the grid, he fought back superbly in an overtaking bonanza in the DRS zone to finish in fifth. 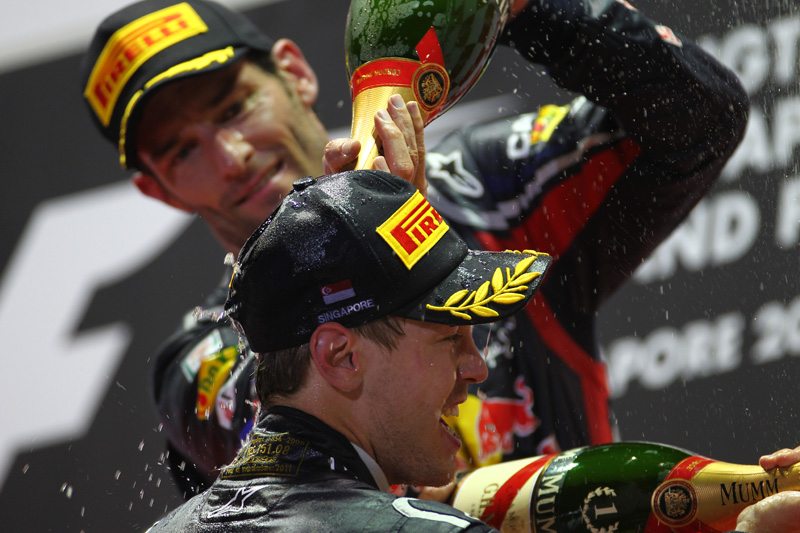 A 1-3 finish sees Red Bull taking another big step towards a second double success, opening up a 138 point lead over Mclaren's 353 points. Ferrari is third with 268 points, followed by Mercedes with 114 points and Lotus Renault GP's 70 points. 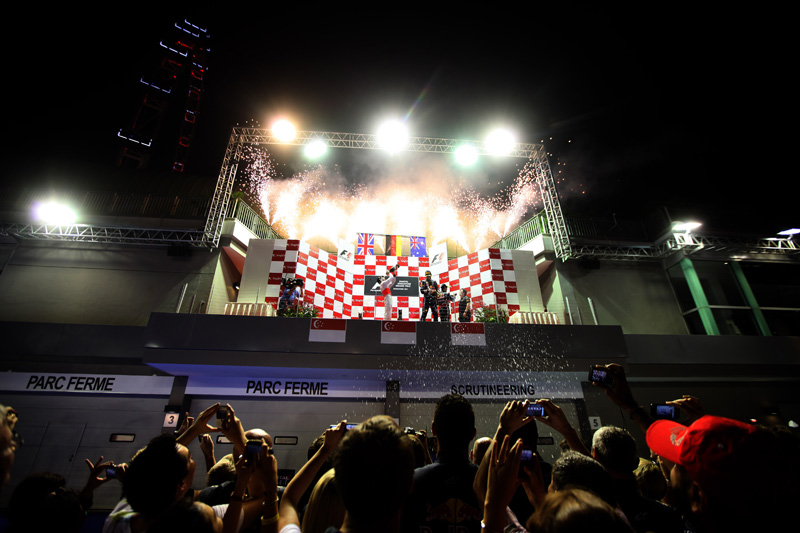