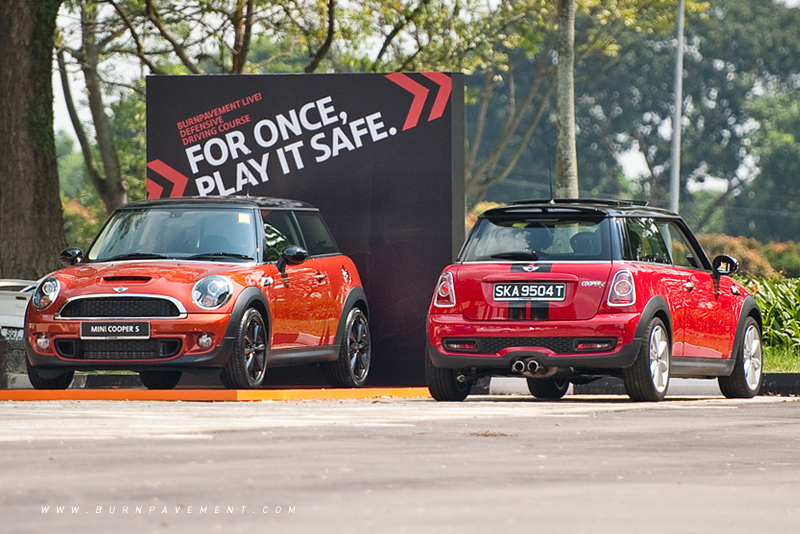 Singapore Turf Club was filled with the sounds of screeching tyres, as participants for our first driving event gained a deeper understanding of their cars.

Jointly organized with MINI, our first driving event was aimed at giving our Burnpavement LIVE! members a better understanding of their cars. With a line-up of lessons, everyone was keen to max out their rides' potential and learn important lessons in car control.

First up, everyone had to get seated in their cars properly. This is crucial as it gives your limbs space to move about while performing maneuvers which required plenty of hand and foot work - which was what the first lesson was about, negotiating a slalom course. 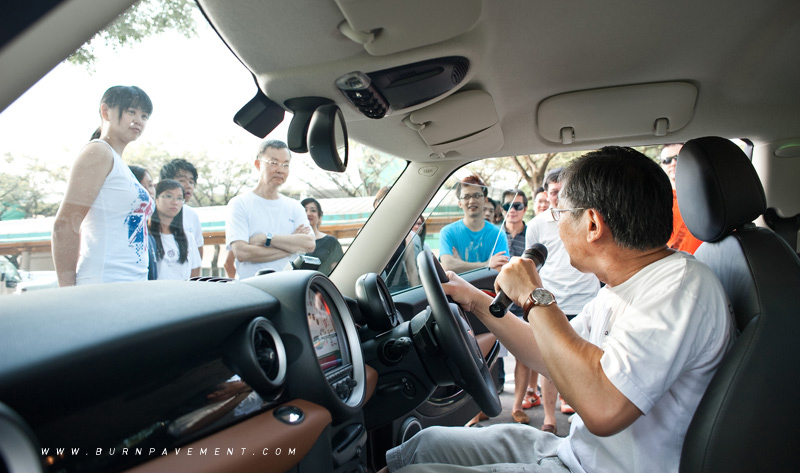 The slalom presented controlling the direction of the car without having to brake much, involving fine accelerator control and steering inputs. This was followed by the handbrake turn, in which participants were to accelerate down the straight and perform a 180 degree spin at the last cone. 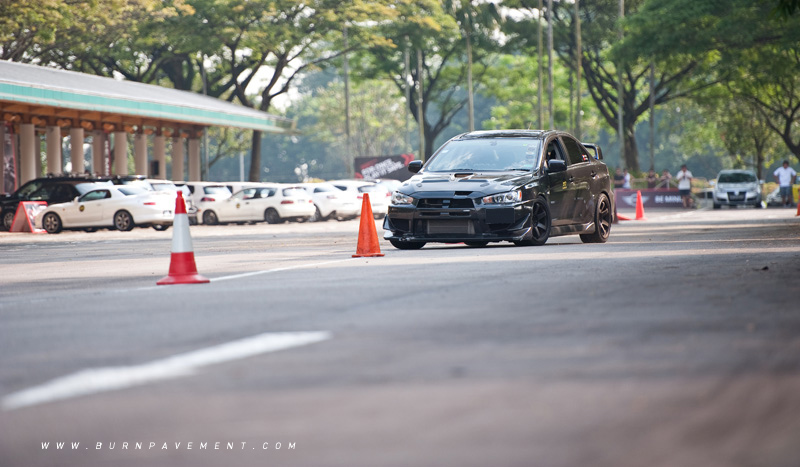 After a short break, was the braking lesson. It was scary to brake without having hands on the wheel, but it was a chance to feel the anti-lock system at work. The braking lesson progressed to braking-and-swerving, which helps in negotiating emergency situations on the road. 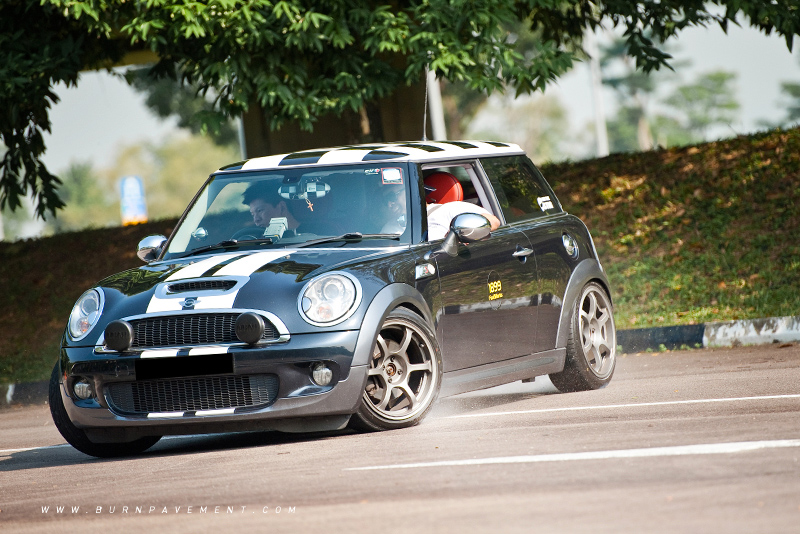 Lunch break was a fine spread of good food and with Ice Cream Chefs providing their signature desserts to beat the heat from the sun. Red Bull was on site too, handing out their energy drink to keep everyone refreshed and on their toes following the next lesson, the reverse flick. 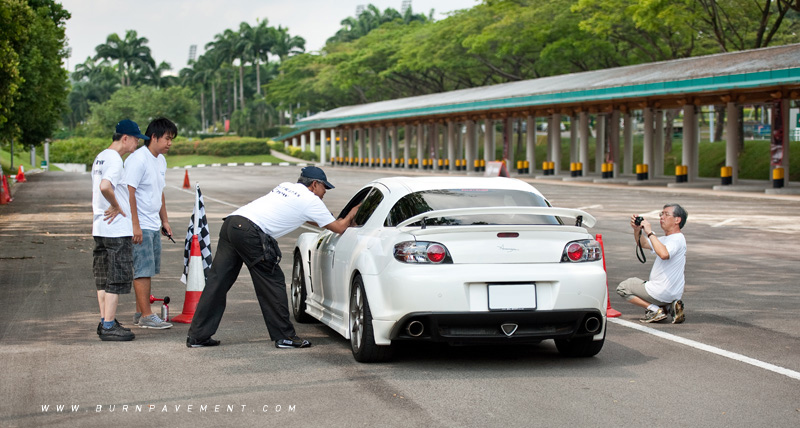 Last, but not least was the “special” stage, a timed course where the participant had to complete a short course in the fastest time. This brought out the best in everyone, as seen in the enthusiasm of the participants attacking the course. 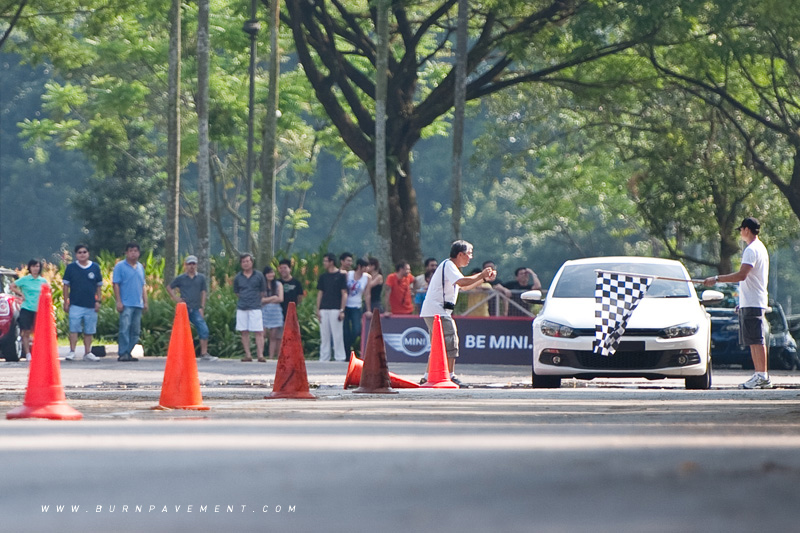 As the day wound down, everyone walked away with goodie bags and cool MINI stuff which we gave out in a lucky dip. Most importantly, the lessons learnt from the driving course will prove to be invaluable on the roads. It was nice to see everyone enjoying themselves, especially for the few who were swapping technical and tuning tips with one another! 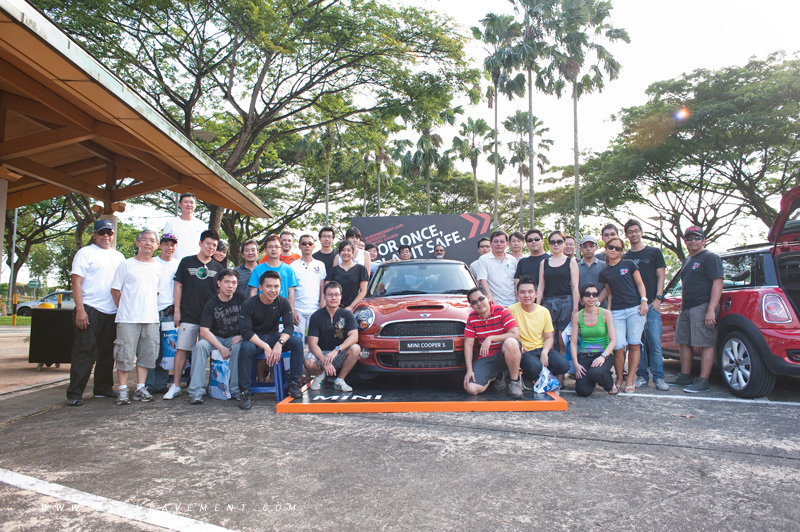 The Burnpavement.com team would like to take this opportunity to thank each and every one who joined this event. A big thank you also to MINI for their partnership with us in making this event a great success! Look out for even more exciting “Burnpavement Live!” events coming your way! 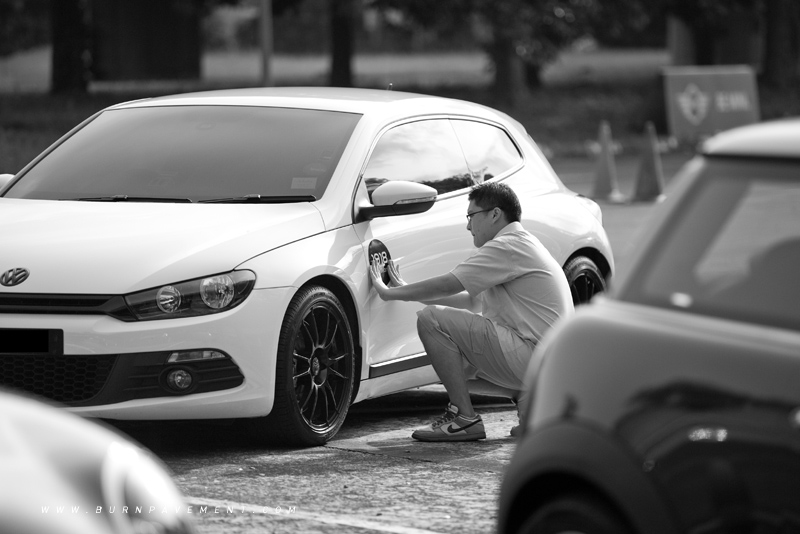 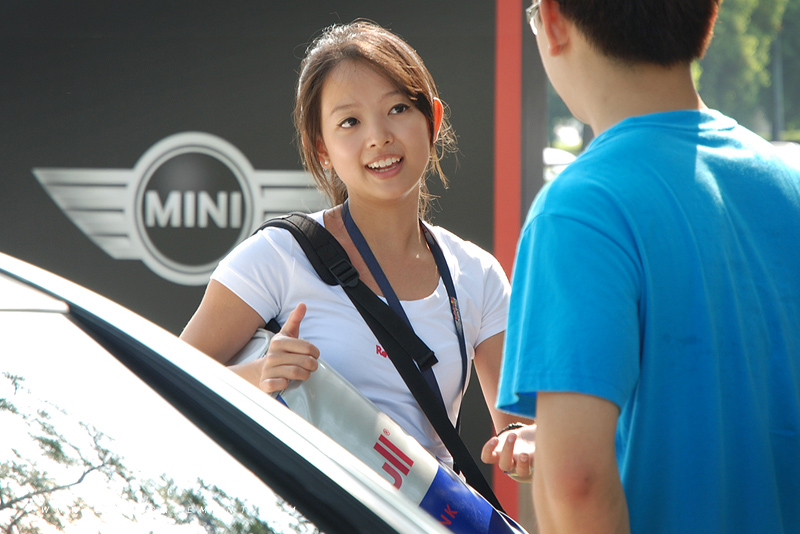 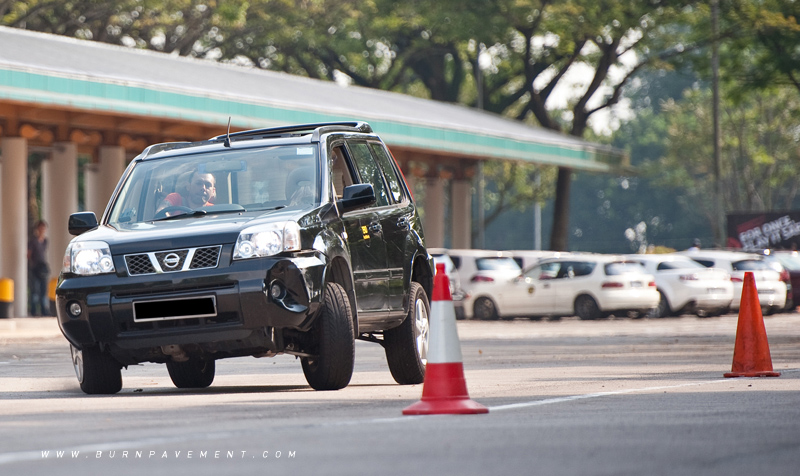 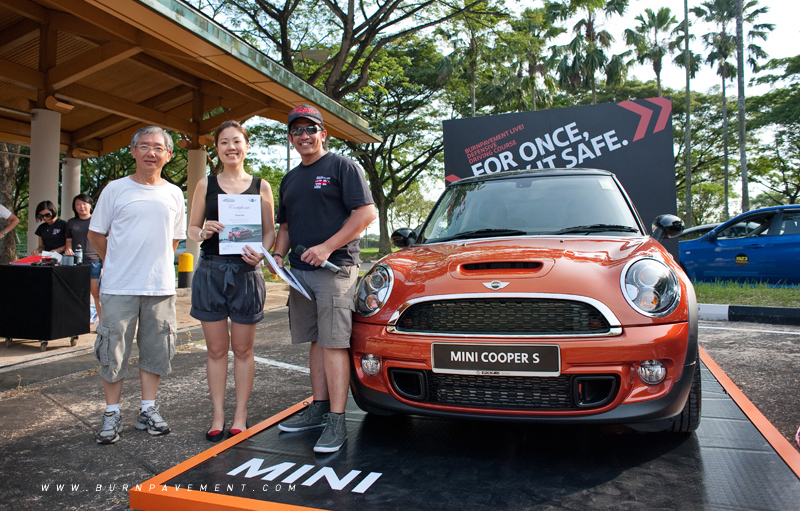 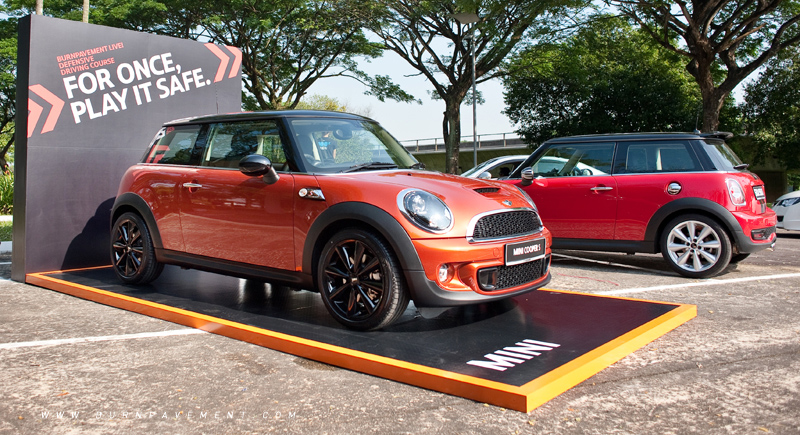