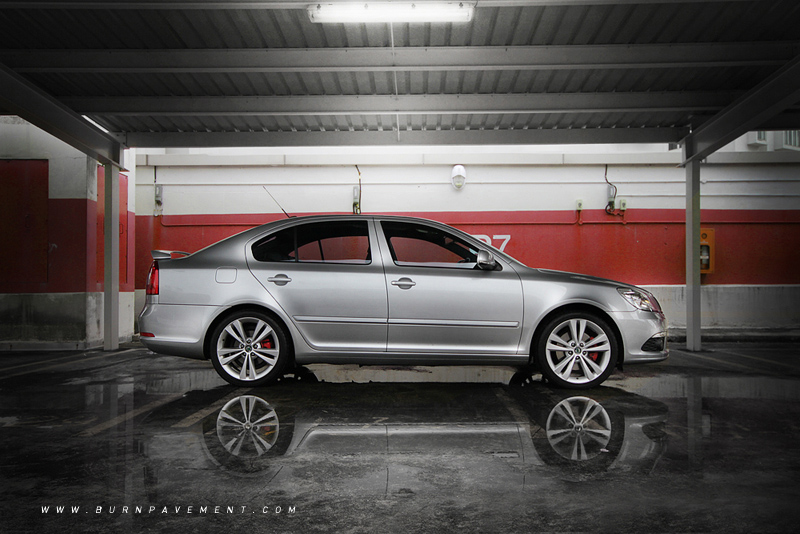 Czech It Out! | Skoda Octavia VRS

Although it hails from the Czech Republic, a country once part of the communist Eastern Bloc in Europe, that stigma should not influence your decision when making a car purchase. This holds true, especially if you are the brand-conscious type that worships premium continental cars, making you ignorant of this car's potential. One should also not dismiss Skodas as cars driven only by communists or taxi drivers, which makes no difference since they are one and the same, and the mere thought of having a taxi 'ah-pek' behind the wheel of a vRS sends shivers down my spine. So let us put aside all stigmas, prejudices and be objective, because there is a gem to be uncovered here.

At first glance, if one can get past the looks and drive this car proper, he or she will be amazed at what the Octavia vRS can offer. What we have here is a near clone of Volkswagen's highly sought after hot hatch, in fact you can call it a Golf GTI in guises of either a sedan or an estate, each offering more boot space than a hatchback with the latter being the roomiest of them all. 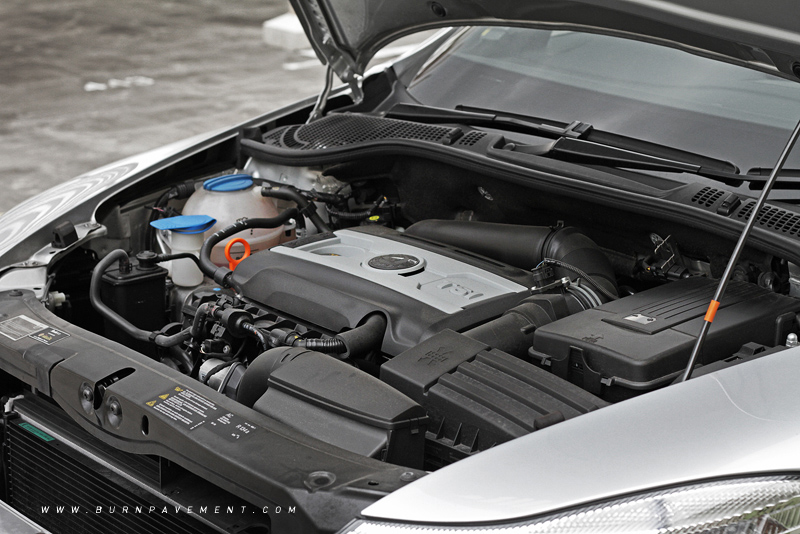 Being a subsidiary of the Volkswagen group since the early 90s, it is only natural that this 'child' gets most of its hand me downs from its siblings, and in the vRS' case, parts from the apple of the parent company's eyes. That being said, it is not such a bad idea after all. I mean with 200bhp and 280Nm worth of torque in a four door sedan or combi, and a price that is competitively placed against its continental competitors, I say we have a bargain here! 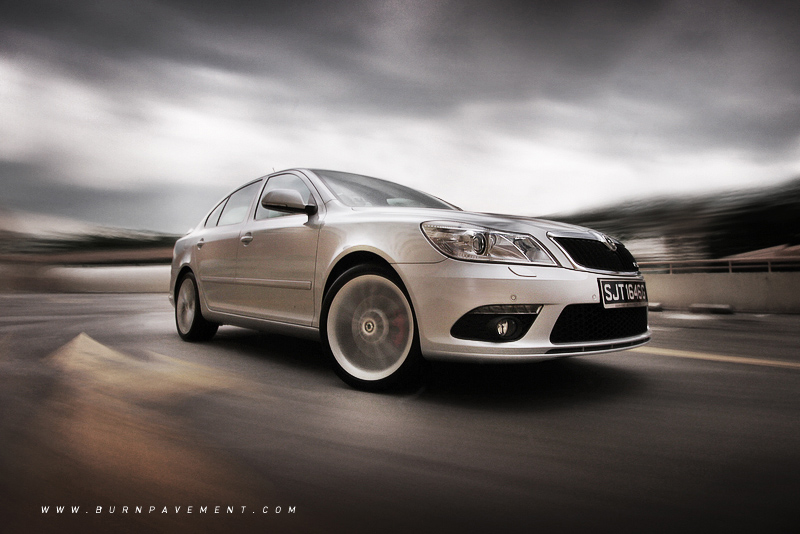 Wheel spin has always been an addictive sound that never ceases to amuse me and with the vRS, tyre screech is aplenty when the EA113, the very engine used by the Mark V Golf GTI tries its very best to burn some rubber on the pavements. Pulling the car off from the blocks when the accelerator is stepped on hard, the vRS reacted enthusiastically with nary a hint of turbo lag, impressing us with its low to mid end force inducted aided torque. With a smooth revving engine and well weighted steering, driving the vRS spiritedly was truly fun as the car handled some tight bends with aplomb and finesse just like its German hot hatch counterpart even with the additional boot that caused it to be a tad rear happy. The brakes also did their job well in stopping the car with immediacy. 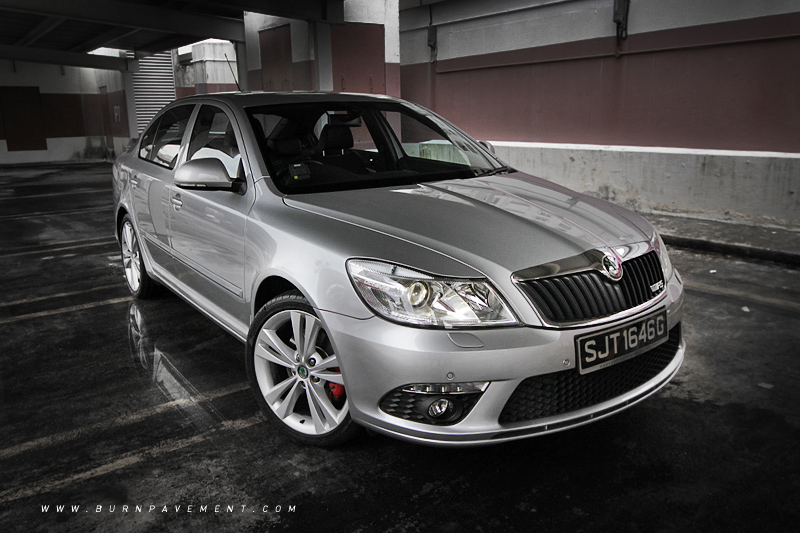 Apart from the disparity in performance, what else sets the vRS apart from the nondescript Octavia? For starters, the vRS comes with deeper bumpers, a purposeful looking boot spoiler (for added down force perhaps?) and impressive 18" alloy wheels. 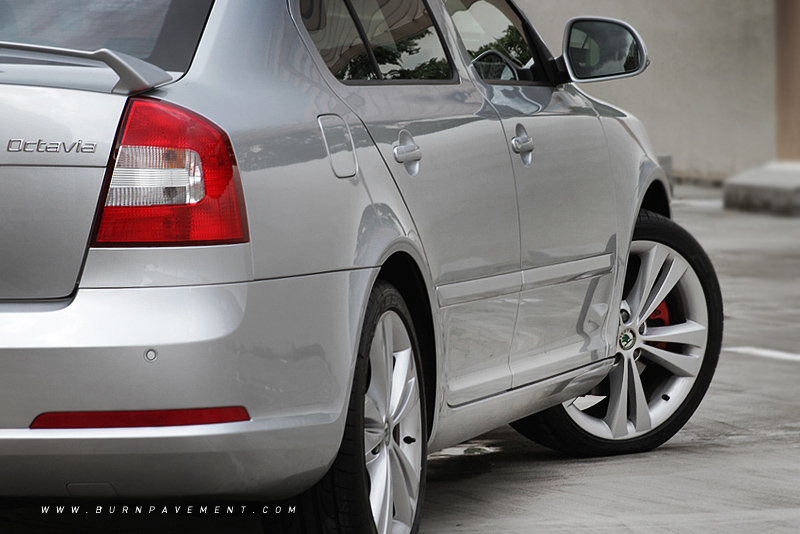 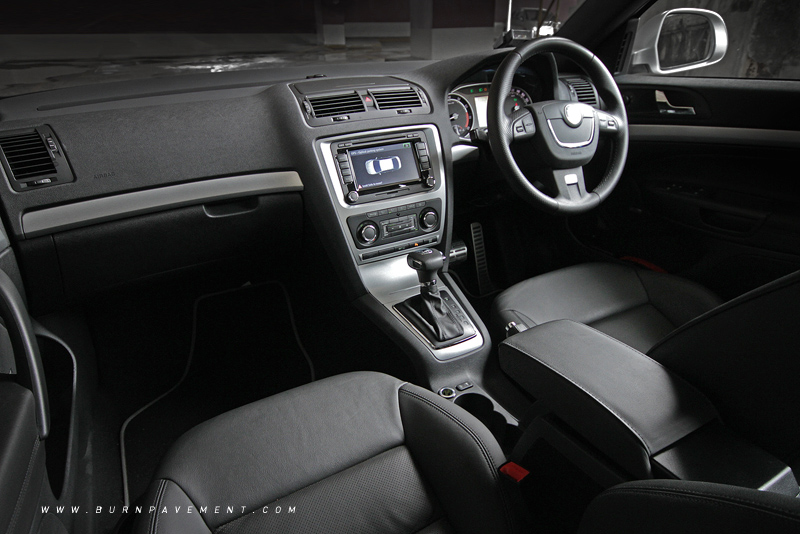 At its current price, though a tad pricier with the current COE, the Skoda Octavia vRS is one fast sedan that looks the part of a sleeper. Driving it will most definitely place a grin on your face and a look of surprise on those badge-snobs, when they realise that a Skoda is keeping up and gradually pulling away from their riced-up JDM rides. Even though the exterior may not be that emotionally appealing, remind yourself to look past that and focus on the performance aspect of the car. After all, beauty is only but skin deep, it is what's inside that really counts. 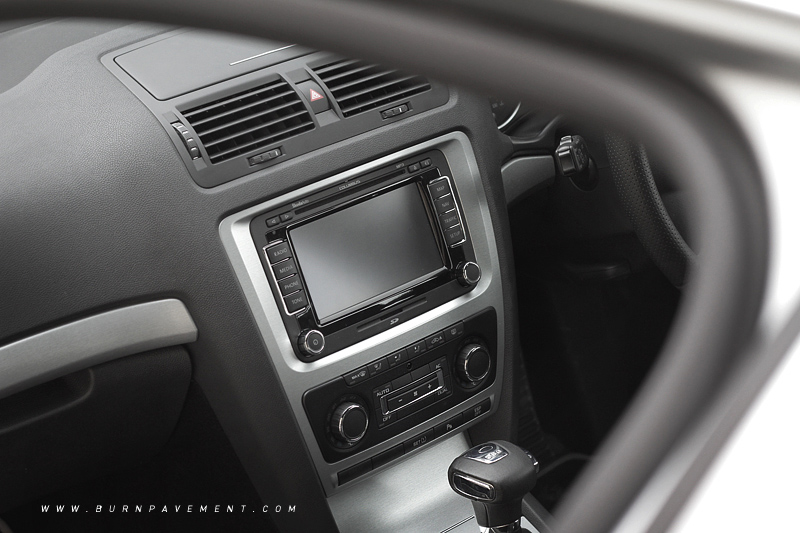 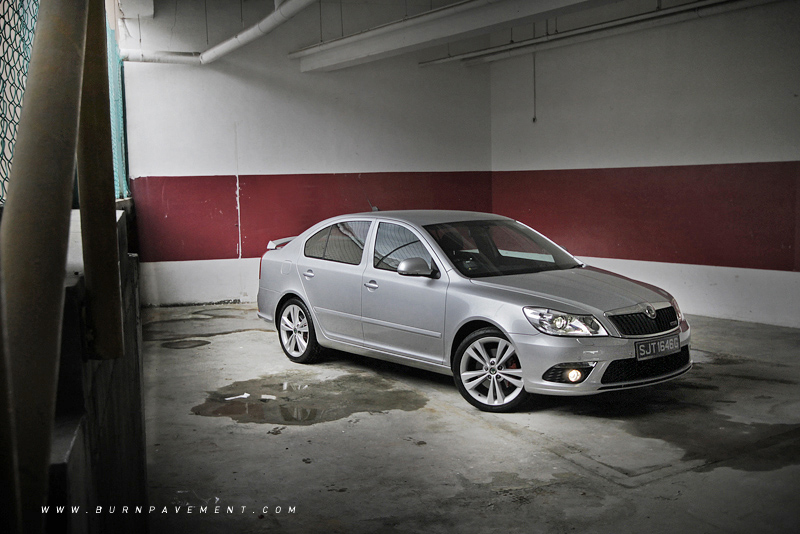