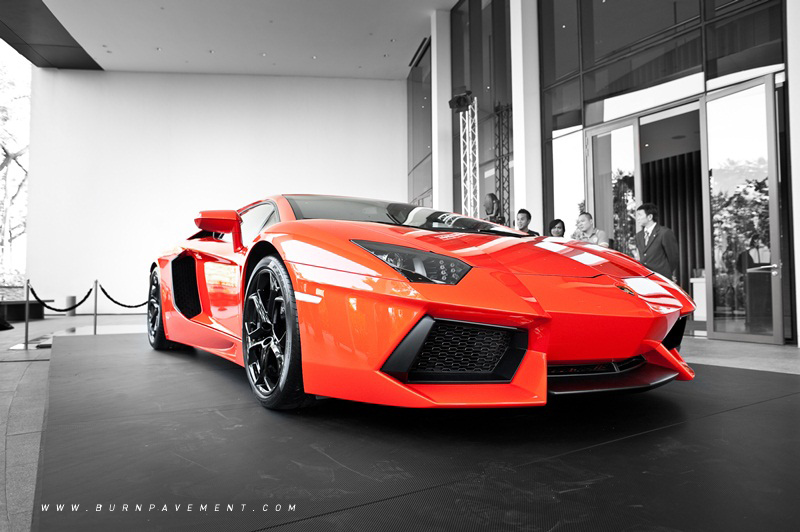 Up Close: Lamborghini's CEO and the Aventador

We have seen them in pictures and videos, but nothing will ever beat the real thing.

These photos are the best justice we could do for this achingly beautiful supercar, and words can't say how excited we were to get a chance to climb into the cockpit. At the media preview for Lamborghini's latest Aventador LP 700-4, we learnt more about the new bull from Mr. Stephan Winkelmann, President and CEO of Automobili Lamborghini SPA.

"No competitors" was the command given to the team behind the Aventador when they began work on the Murcielago replacement nearly five years ago. As a result, the new Lambo is not just a new body and engine, it embroiders Lamborghini's vision of the future supercar. 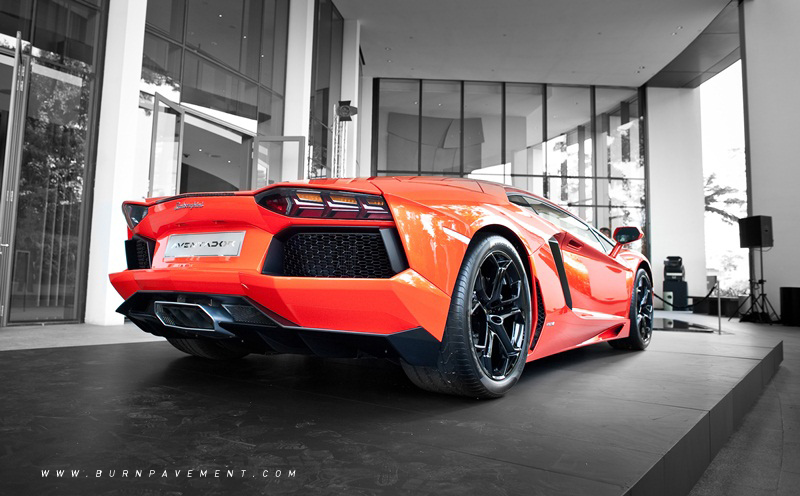 Mr. Stephan mentioned the designers taking a different approach when they were creating the Aventador. While supercars of past had top speed as a priority, followed by acceleration and then handling, the Aventador was a complete switch - reversing the list and put handling at the top. 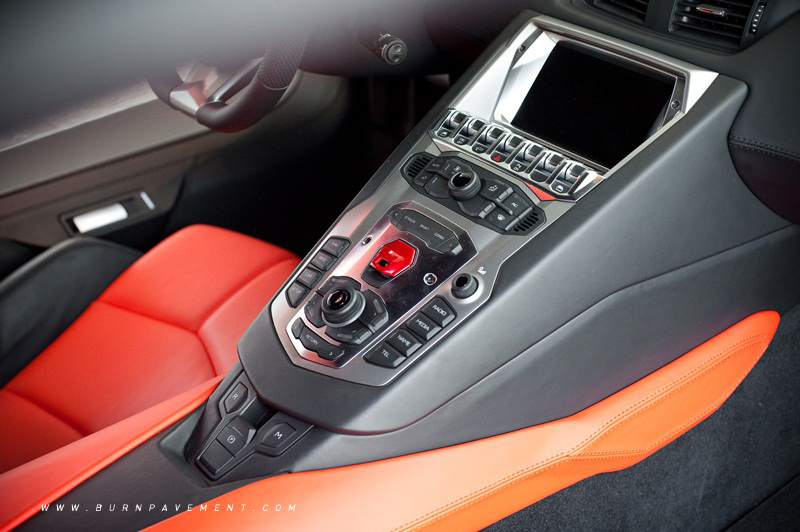 "99.9% of drivers never hit the top speed", he added. Keeping with the focus on handling is the F1-inspired push-rod suspension setup, together with reducing the weight of the car. The new bull features a carbon fibre monocoque chassis that saves more than 90kg, yet it is very stiff. 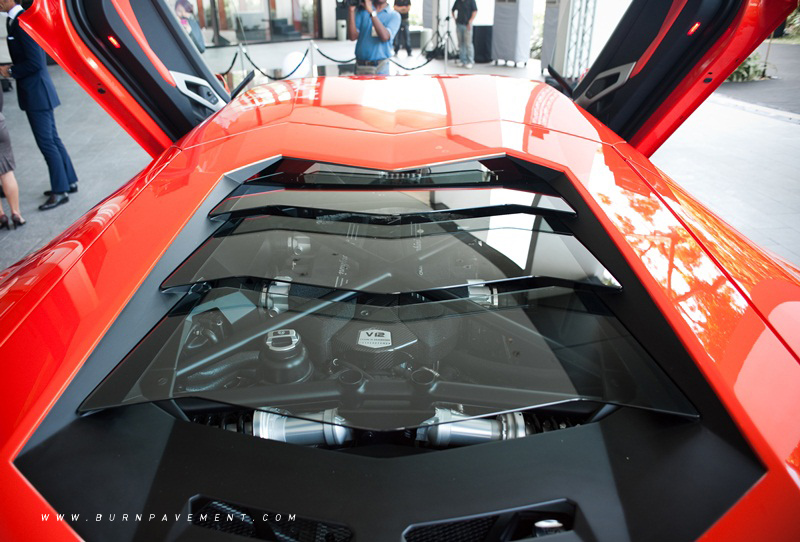 The new 6.5 litre V12 engine, producing 700 hp and 690Nm of torque, is mated to a brand-new transmission called the "Lamborghini ISR (Independent Shifting Rods)", lighter than a dual-clutch transmission and smaller than a conventional manual, yet it shifts gears in just 50 milliseconds. 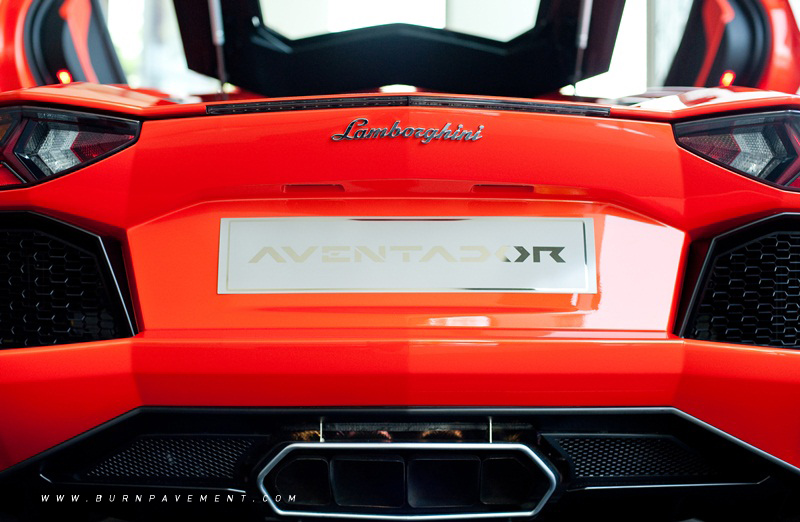 Although the base Aventador costs a cool $1,488,000 (without COE), there are already over 70 orders from Singapore alone, with deliveries expected late this year. According to Mr. Stephan, the Aventador is "sold out" for the next one and a half years at least. Lamborghini is confident that the new bull will be outselling the Murcielago and ensuring its own success in the supercar business. 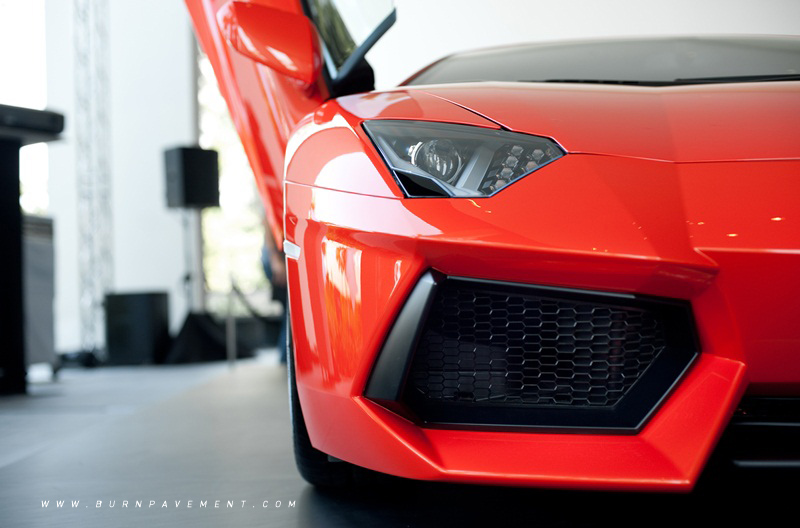 While there are no official plans for a roadster variant, Mr. Stephen did confirm that Lamborghini is looking at introducing a "third model", which will be "an everyday car" sold around the world. He did hint that the new model draws ideas from the Espada (which also had a 4-door variant of called the Faena, which does resemble the Estoque) and also the LM002, a SUV from the 80's. 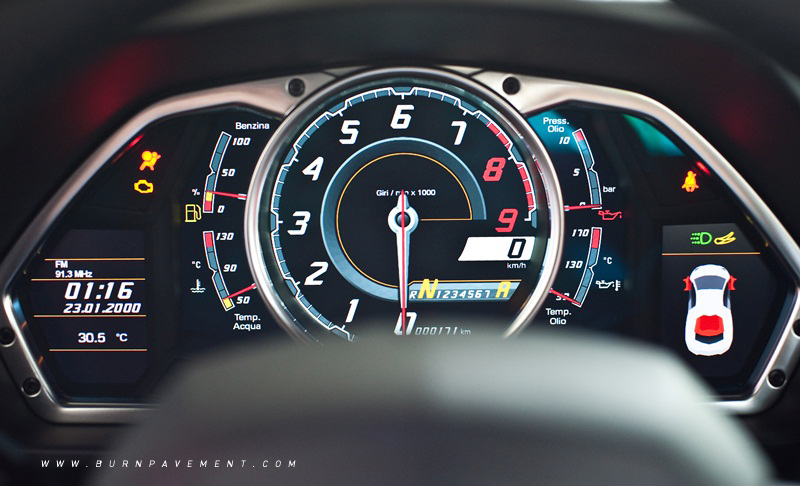 If the phrase "no competitors" was given again for the "third model" designers, the SUV would most likely be launched next since the prancing horse does not have a SUV in the stables. The Estoque, if launched, would compete with the Rapide and Panamera.

In the meantime, please let your eyes feast. More pictures on our Facebook page! 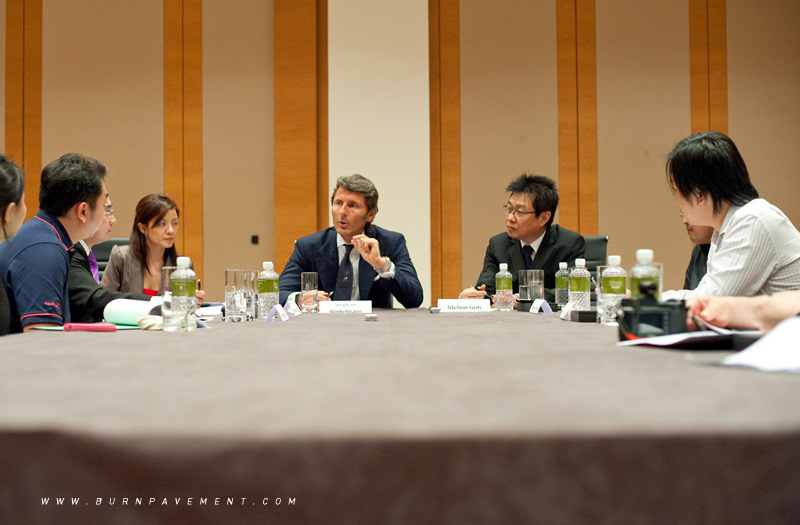