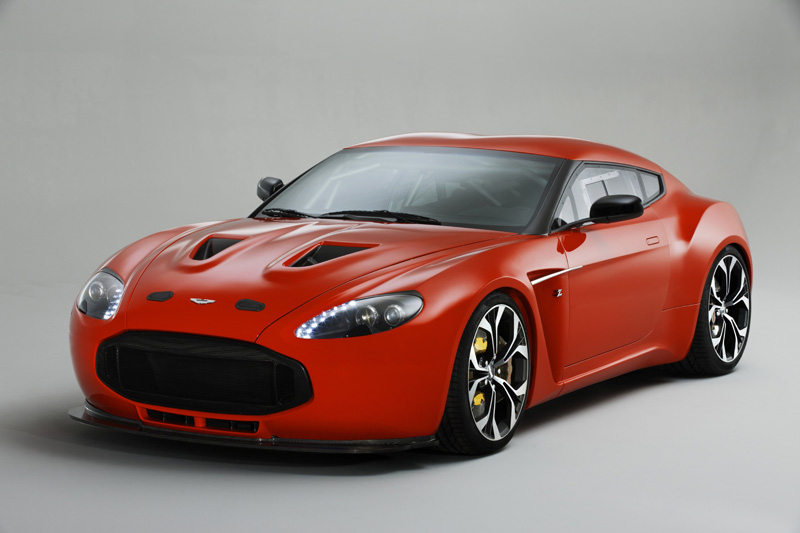 With encouraging interest from customers, up to 150 Zagatos will be made in 2012.

With awards for Design in the Concepts and Prototypes classes and the successful completion of the Nürburgring 24 Hour race under the V12 Zagato's belt, Aston Martin confirms that there is enough demand to bring this 510 hp V12 coupe into production.

Based on the acclaimed V12 Vantage and sporting a handcrafted aluminium and carbon fibre body, up to 150 examples of this new car will be produced. Orders are now being taken on a strictly first come first served basis and production is expected to commence in 2012 at Aston Martin’s global headquarters at Gaydon, Warwickshire. 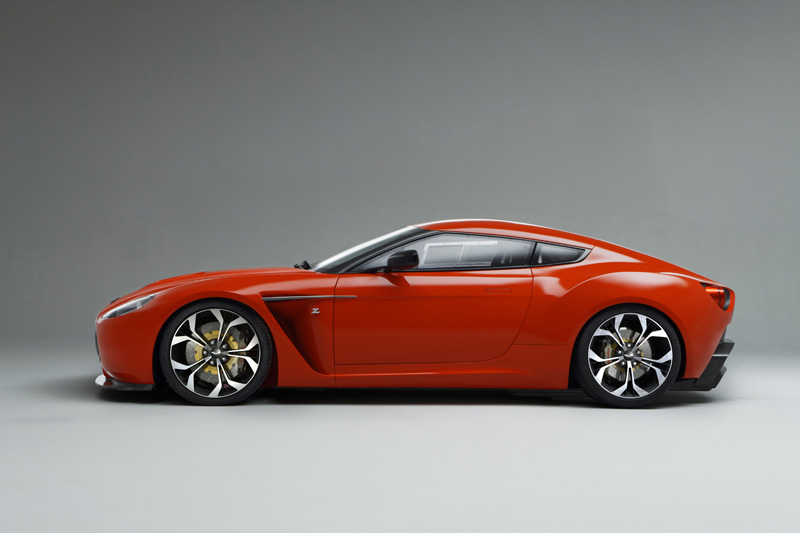 Of the V12 Zagato, Aston Martin’s Chief Executive Dr. Ulrich Bez, said: "Such style, exclusivity and fastidious craftsmanship ensures it will be one of the most highly coveted models in Aston Martin’s 98-year history. A fabulous celebration of the iconic DB4GT Zagato, which celebrates its 50th anniversary this year, the V12 Zagato is the perfect inspiration for the next 50 years of Aston Martin." 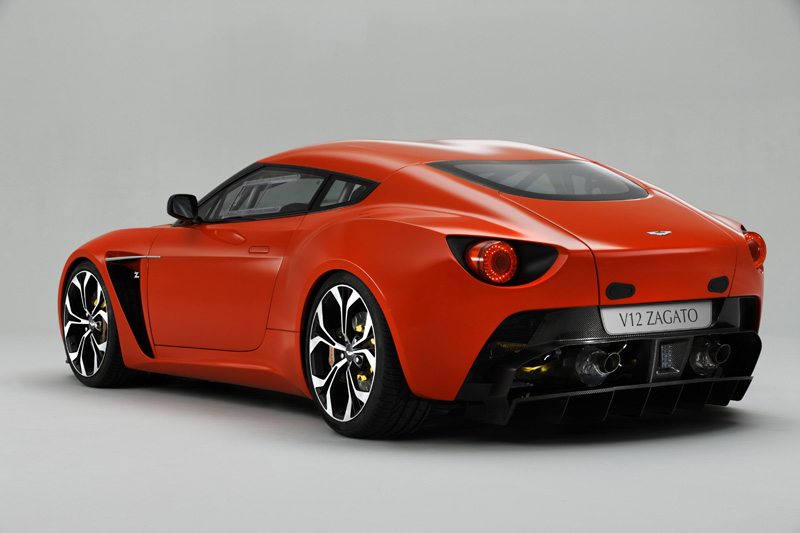 Featuring a handcrafted aluminium and carbon fibre body, the V12 Zagato delivers a beautiful and muscular design not possible using pre-formed panel techniques. Every panel was formed using an English wheel and traditionally crafted body bucks. Iconic Zagato design cues include the double bubble roof created in this case from five separate pieces illustrating the craftsmanship involved in the construction of the V12 Zagato. 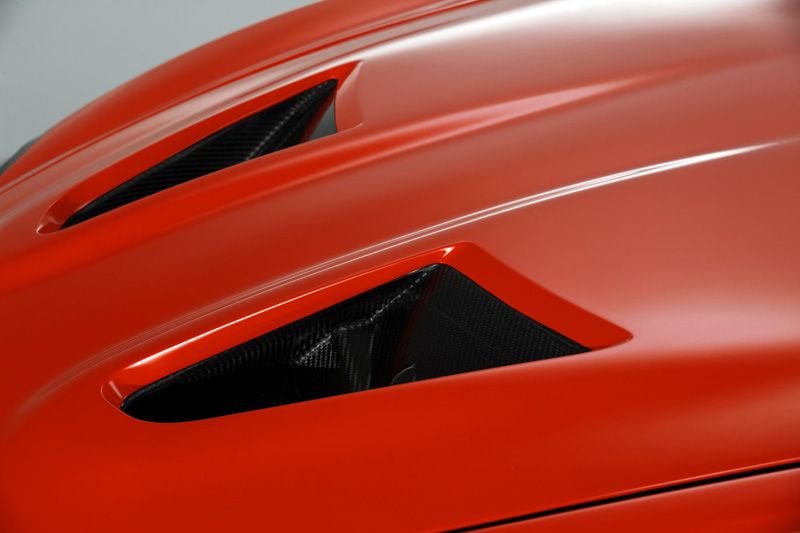 For the performance enthusiasts, the V12 Zagato combines Aston Martin’s most dynamic bonded aluminium platform with the power of the 6.0-litre V12 engine producing 510 hp and 570 Nm of torque. In honour of the performance and racing heritage of previous collaborations, the first two V12 Zagatos were developed as endurance race cars from the start and entered this year’s NÃ¼rburgring 24 Hour race. 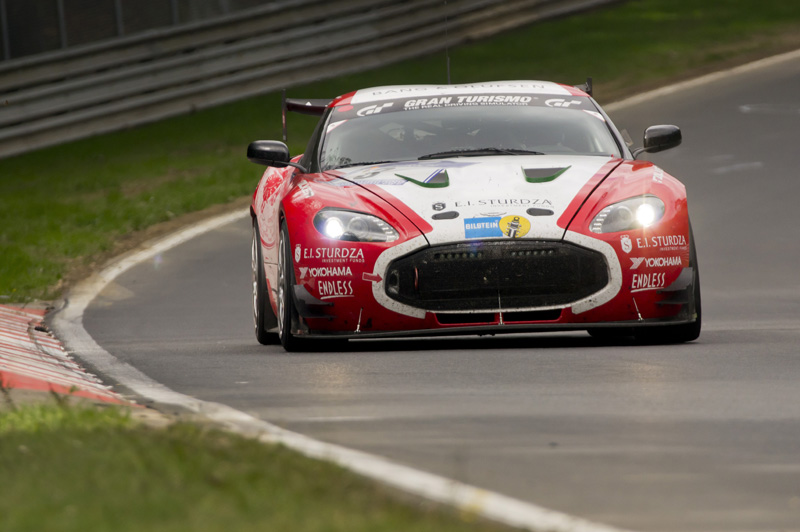 The only gearbox option is a six-speed manual . Aston Martin estimates the acceleration from 0-100 km/h takes 4.2 seconds and that the car is capable of reaching a 305 km/h top speed. The V12 Zagato will be a strict coupe, with four unique exterior paint schemes. Bespoke 19-inch wheels are complimented with Pirelli P Zero Corsa tyres. 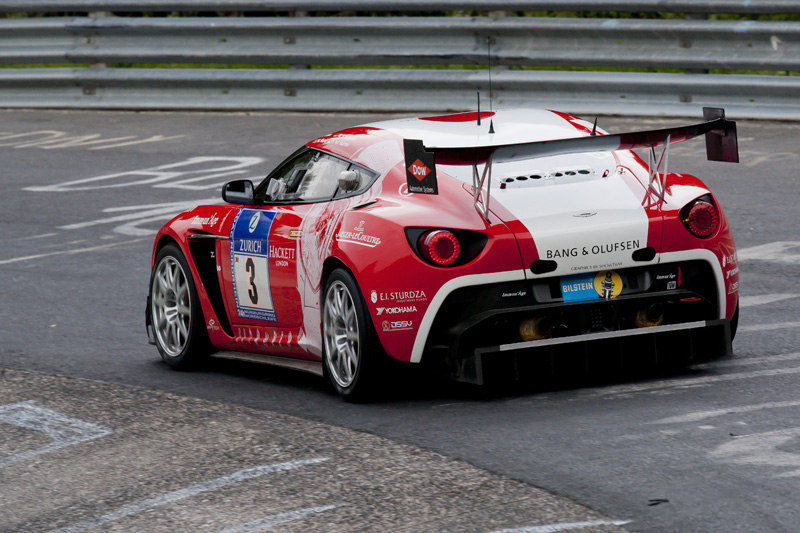