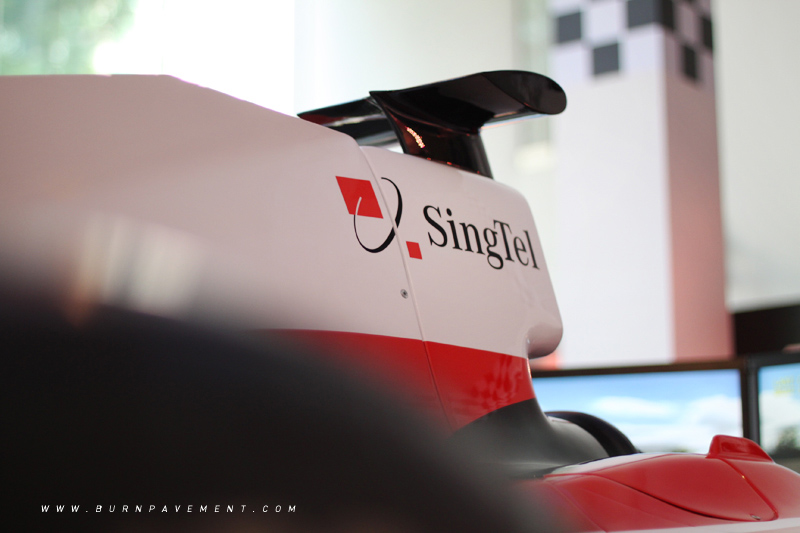 Traditionally the market for motion simulators is dominated by the aerospace industry, therefore BRD, leaders in the motorsport simulation industry, added the roll, pitch and heave motion cues to accurately reflect what race car drivers experience on the circuit, right down to modeling the bumps when a car hits the curb and pitching of the car as it accelerates and brakes.

To allow the public to experience the power of the new and enhanced machine, SingTel will host a round-the-clock, 24-hour simulator race to challenge Singaporeans to discover the Formula One™ racer within them. These racing enthusiasts will be among the first in the world to experience this advanced technology that has been validated by top flight race teams for its realism and feel. These race teams have been using it for their pre-race preparations as the drivers are able to learn the tracks and practice within the team’s predicted race set up.

The 24-hour Simulator Challenge will take place from 23 to 24 July at the Plaza Singapura mall. Fans can sign up on www.singtel.com/f1 for a slot and pit themselves against Fernando Alonso’s record, who set the pole position timing for the 2010 Formula 1™ SingTel Singapore Grand Prix at 1.45.390, and the fastest lap timing of 1.47.976.

“At SingTel, we constantly look out for the latest technologies that deliver unique experiences to Singaporeans. The upgraded race simulators are a perfect example of our belief that amazing things happen when we think big,” said Mr. Derrick Heng, Director of Brand Experience, SingTel. 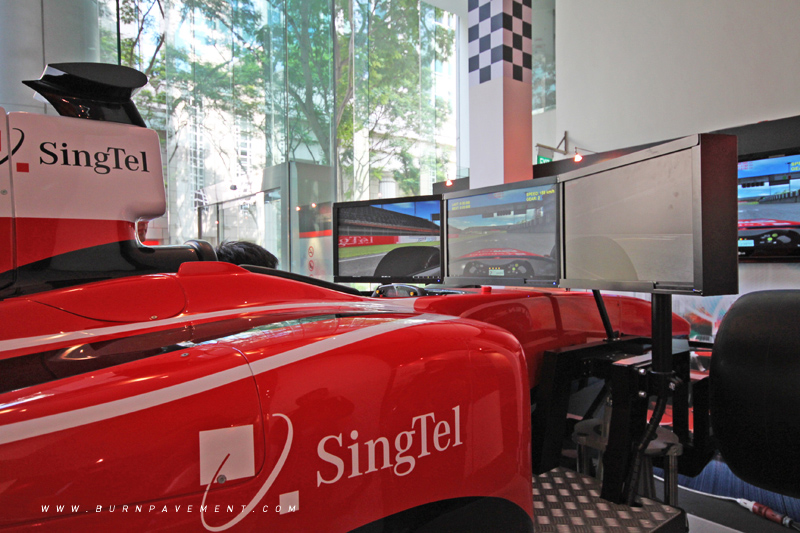 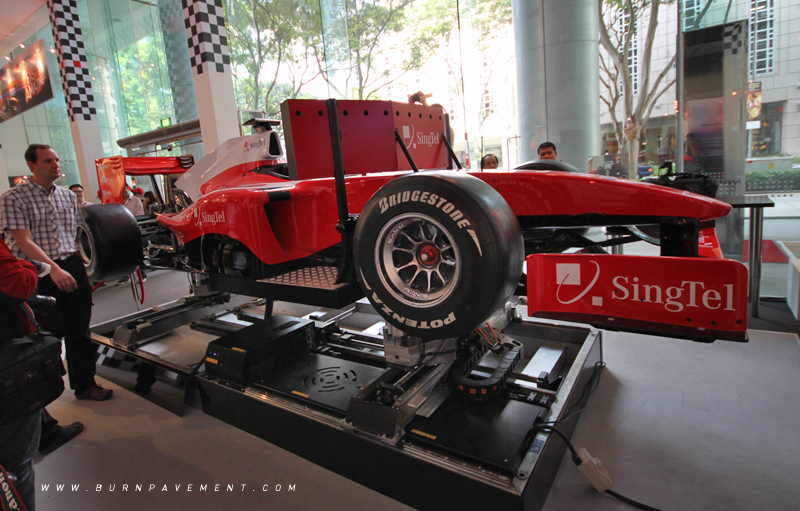 The BRD V2-500 race simulator was developed with three additional degrees of freedom after analysing the mental and physiological cues necessary to create a realistic and believable experience in the mind of the driver. 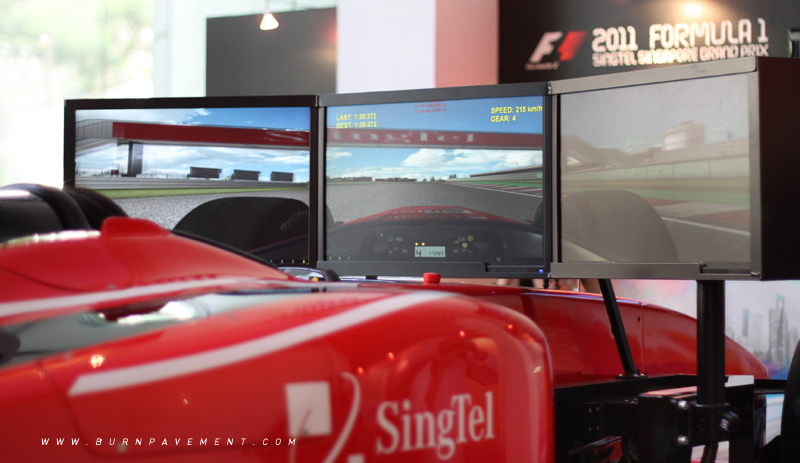 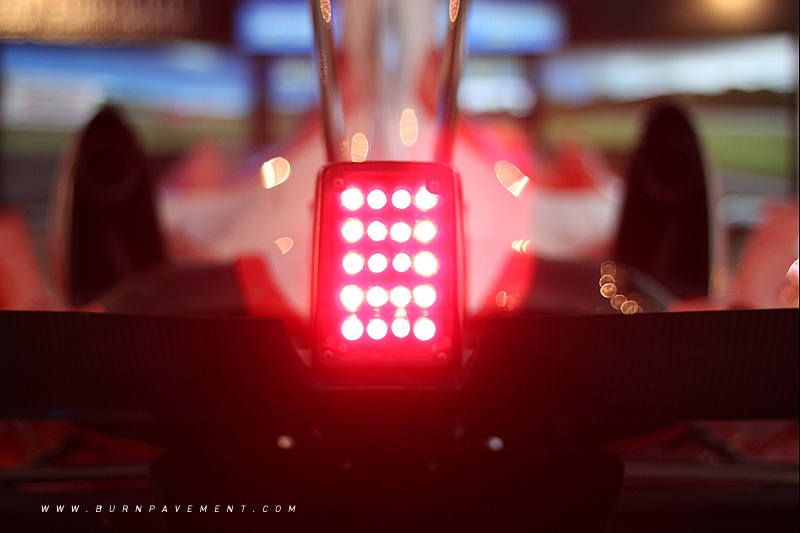 “This is an impressive technology designed by racing drivers for racing drivers. With the three additional degrees of freedom, this will be the closest the public can get to experience what a real Formula Oneâ„¢ driver goes through during the race.” said Mr. Tim Ball, Managing Director of BRD. 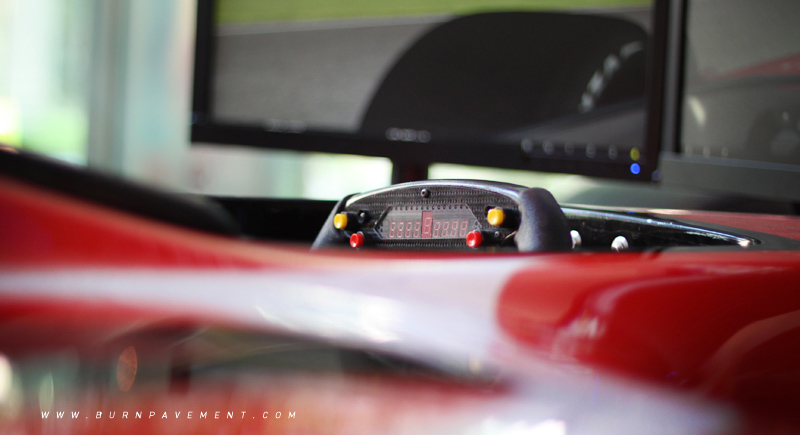 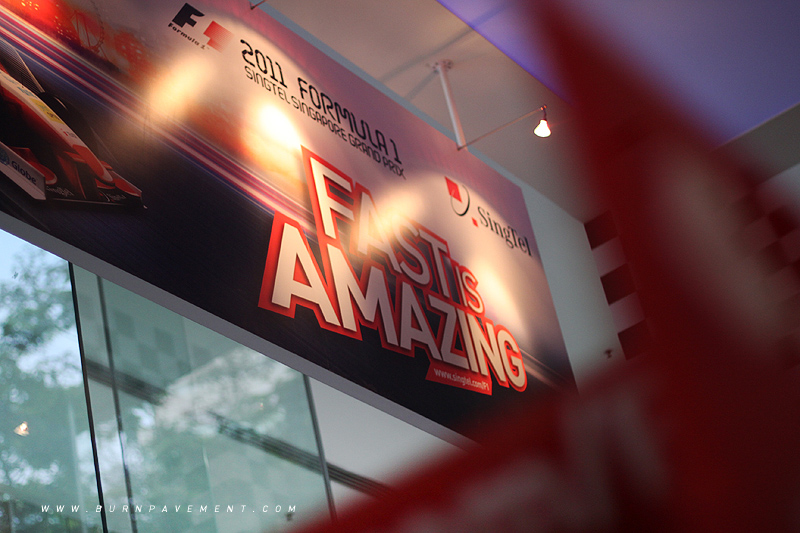