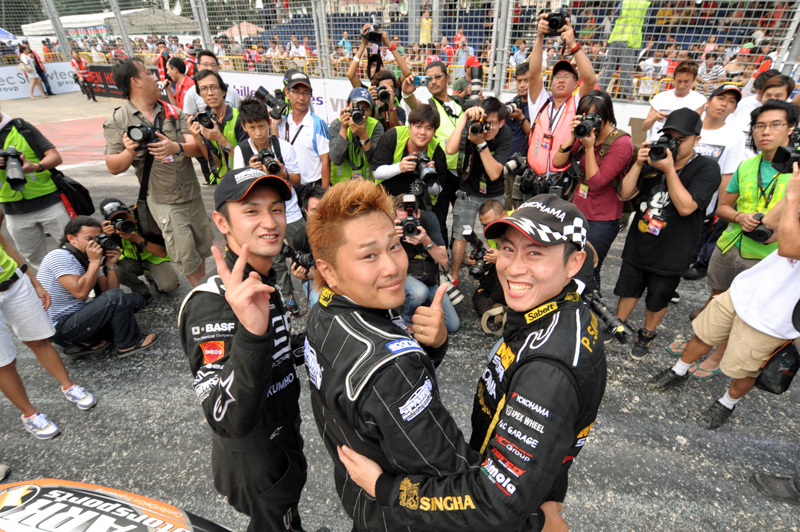 In Retrospect: The VIP Formula Drift Singapore 2011 Presented by Achilles

Drifting has always been a crowd-pleasing sport, with drivers pushing the limits and delivering fantastic (and sometimes impossible) slides. How different is this year's event?

Daigo Saito of Team Spark Motorsports emerged victorious at the fourth edition of VIP Formula Drift Singapore 2011 Presented by Achilles Radial. It was a spectacular finish for the team, with Ken Gushi's third-place finish giving them an additional Champion Team Award. Sandwiched between the two, is Non (Saranon Pornpatanarak) from Team M150.

Organised by ESPN STAR Sports Event Management Group, the Singapore event is the first leg of the Achilles Asian Drift Series which will be followed by one in Indonesia in October, Thailand in November, with the year-end Grand Finale in Malaysia. The Champion Team Award is a new addition to this year's event, which is determined by adding up qualifying and tandem battle points of the team's top 2 drivers. 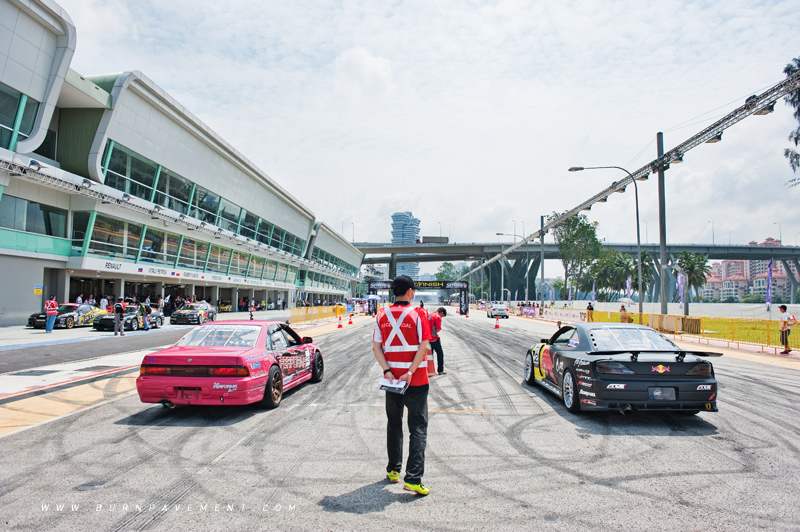 With drivers hailing from Singapore, Malaysia, Philippines, Thailand, Indonesia, China, Hong Kong, Japan and New Zealand, only 31 managed to qualify for the Top 32, no thanks to an unexpected downpour during the practice runs, leaving a drying damp track which saw several drivers spinning out of control during their runs. 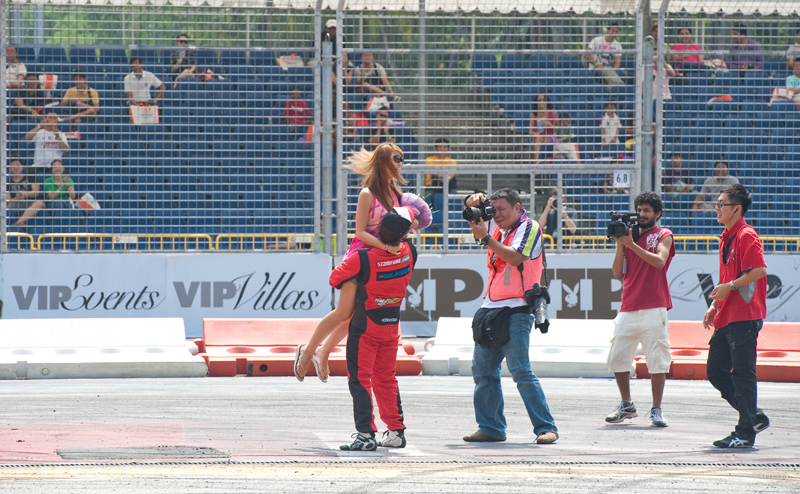 One of this year's quirks was Singaporean drifter Adam Toh's performing donuts around his girlfriend Grace, before going on a knee and proposing to her in the middle of the track. Another quirk, Malaysia’s prince of drift, Tengku Djan did not participate. The 2010 Formula Drift Asia champion was present at the event, but with a more casual role of being a spectator. 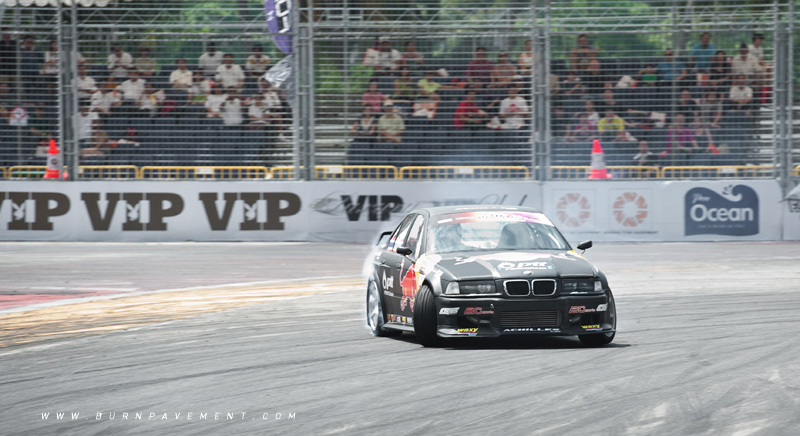 Also, there weren't any Singaporean drivers in the Sweet 16 round, after Jason was eliminated by Ivan Lau during the Top 32 runs. One day, we hope to this change when Singapore starts to dedicate space and venues for motorsports. 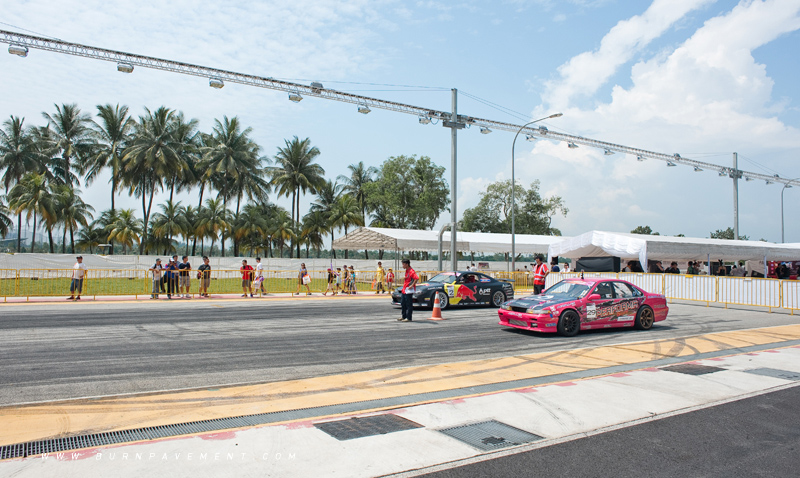 Overall, this year's event was better, with a better crowd flow who brought spectators alongside those mighty machines as they roar off the race line, all the way to the grandstands. There were more eye-catching booths especially Spark Motorsport's car line-up and Archilles showcasing their tyre range. And not forgetting, the VIP booth too. 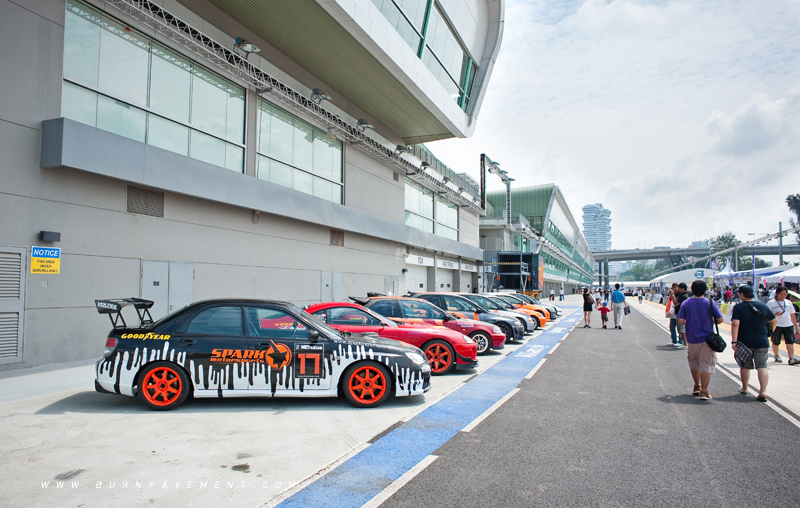 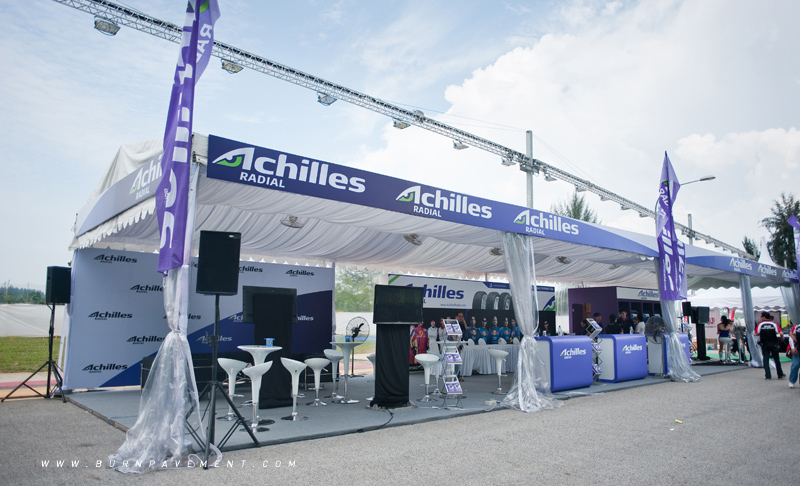 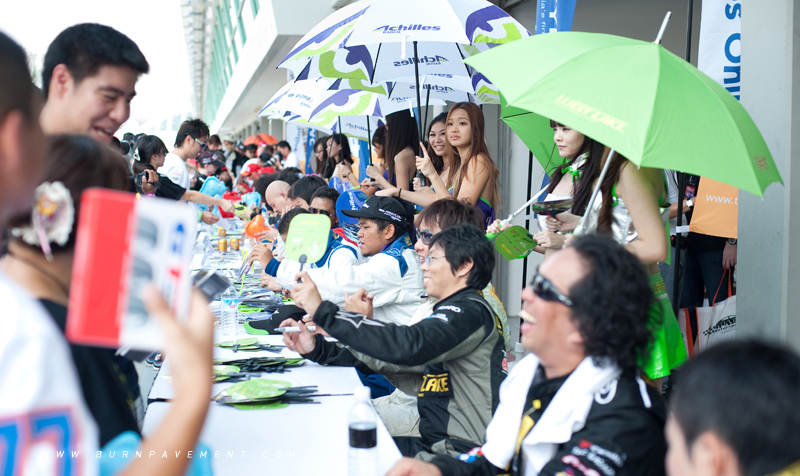