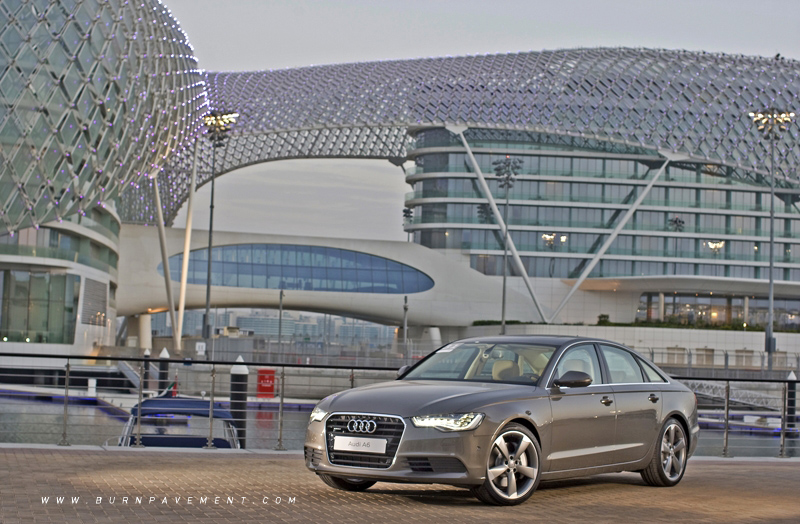 The E-Class and 5 Series are success stories here in Singapore, but with the new A6, will Audi get the same treatment? We head to Abu Dhabi to find out

After the A4, the A6 is Audi’s next important model. Think about it - without a medium-sized luxury sedan, Audi will not be able to compete with the Mercedes-Benz E-Class and BMW 5 Series. Models that are very popular in the market, especially like ours. When the current generation Mercedes-Benz E-Class arrived two years ago, it was so popular that demands exceeded supplies, so much so that some buyers had to wait longer than expected just to get their cars. Well, the same also happened when the F10 BMW 5 Series arrived last year…

So both Mercedes-Benz and BMW were seeing success stories. However, it was totally different for Audi - although the current A6 (still for sale in the market) is considered a relevant competitor, that aging shape didn’t go well with buyers in this segment. 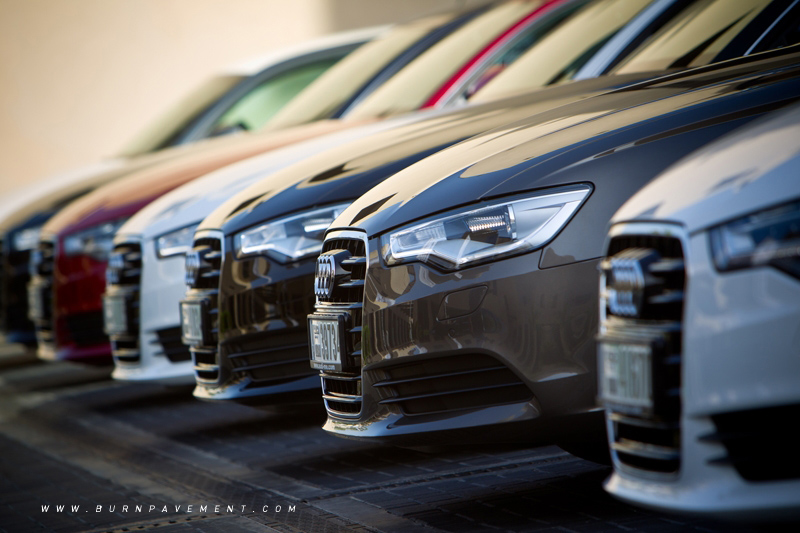 But all this could change, courtesy of the seventh generation Audi A6 coming our way this August. Two versions will be made available locally: a front wheel driven 2.8-litre V6 (no quattro option) and a 3.0-litre turbo with quattro all-wheel drive. 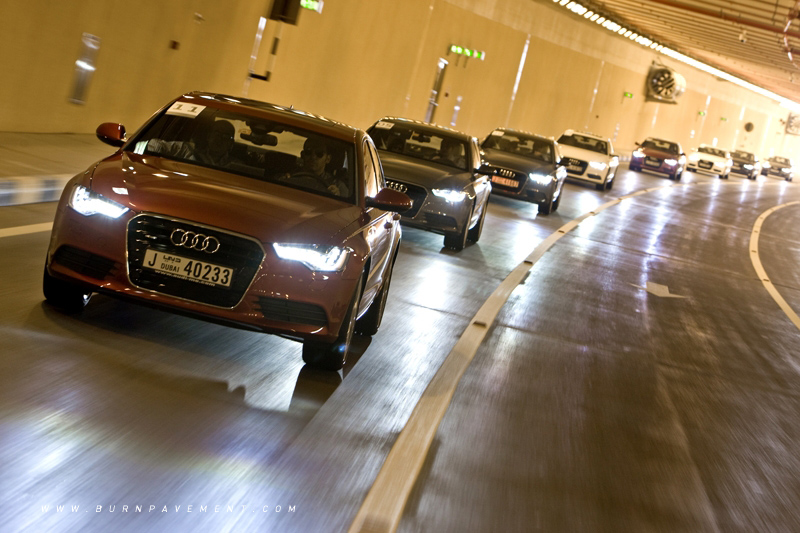 I was over in Yas Island, Abu Dhabi recently to sample this new Audi A6. I manage to sample both versions: the “smaller” 2.8 V6 (this came with quattro though), and then the 3.0-litre turbo quattro. 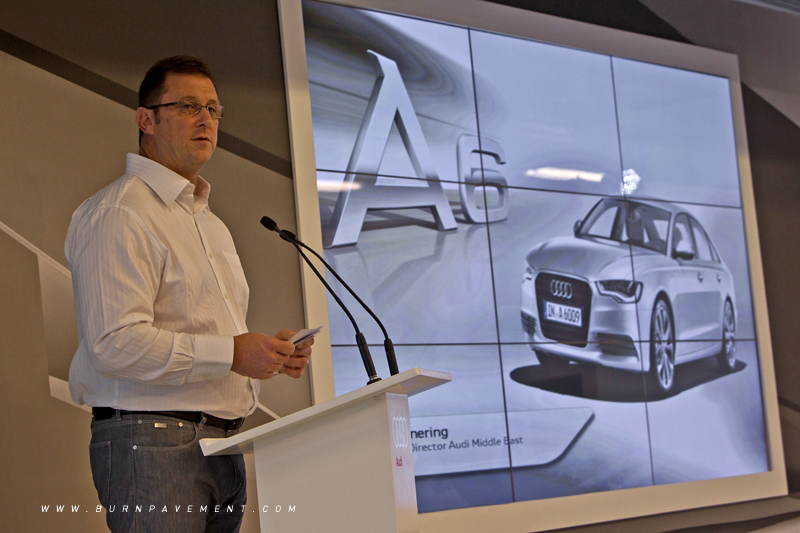 I’ll start with the exterior. At first glance, you can definitely see how Audi wasn’t trying anything too radical — to put it simply, the A6 looks mature and sporty, but with a touch of elegance still. Oh, that one-piece grill is definitely well matched with the headlights. The new ala-A8 bumper completes the look (brilliant). 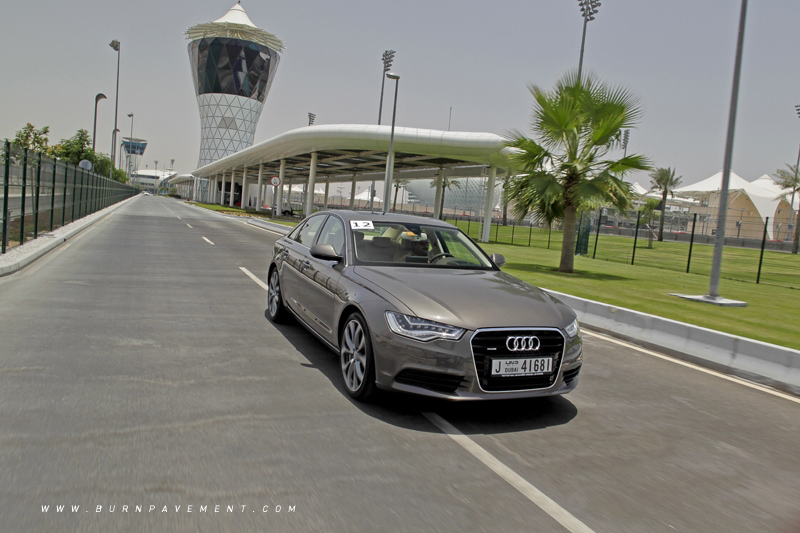 Interestingly, the A6 is now shorter, but wider and lower than its predecessor. It is also some 80kg lighter - courtesy of the mostly aluminium body. The set of alloys seen here are 19s, but buyers can choose anywhere between 16 to 20-inches.

At the rear, you can see again how similar it is to the A8 — only difference is, the new lights are more slender and with full LED, gives a modern touch. Dual exhaust came straight from the factory. 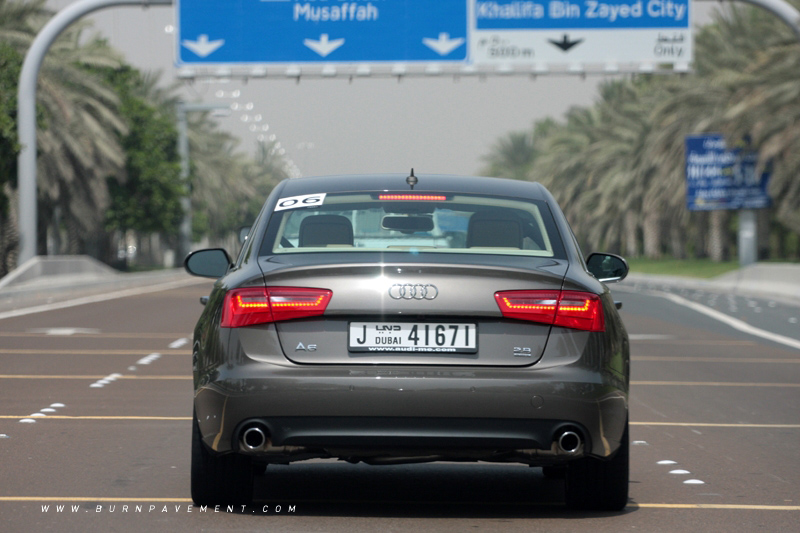 The A6’s cabin deserves commendation. In addition to good construction quality, its overall design stands out from its competitors, namely the Mercedes-Benz E-Class and BMW 5 Series. The driver-focused cockpit and leather-wrapped seats and doors are comfortable, giving you that premium edge. Audi’s MMI (Multi Media Interface) system, with a 7-inch screen, comes standard. Good news for all tech geeks - the MMI integrates the controls to the audio system (Bang & Olufsen sets can also be specified), GPS, Bluetooth for mobile phones, four-zone air conditioning as well as the car’s settings. 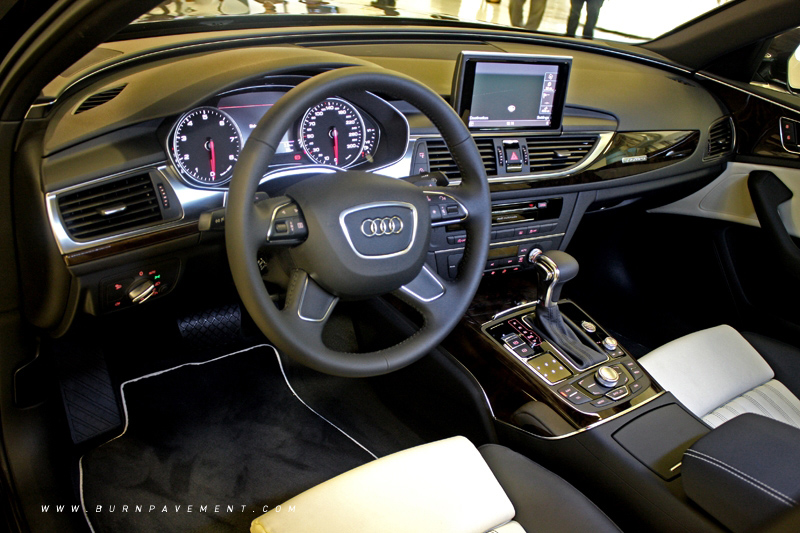 Like the A8, Audi’s innovative MMI Touch is also found here. With MMI Touch, you can easily insert a destination into the GPS, select a radio station or find phone contact details by writing on the touch pad with your fingers. Impressive, you say? Definitely. 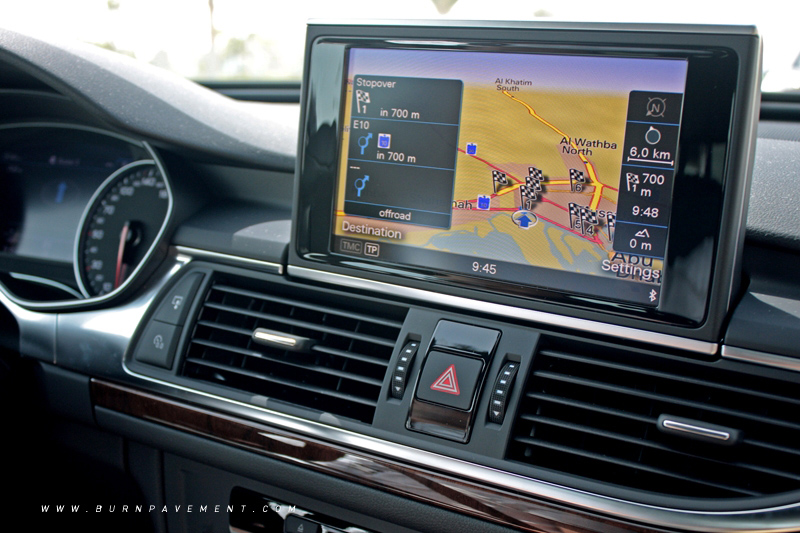 But although comfortable and full of modern equipment, the A6 still has some areas to improve on. An example is the rear headroom - if you’re above 1.8-meters tall, well that could be some issue... Oh yes, before I forget, the A6 also gets a big boot. According to Audi, with a width of 1,050 mm, it’s the largest in its class. 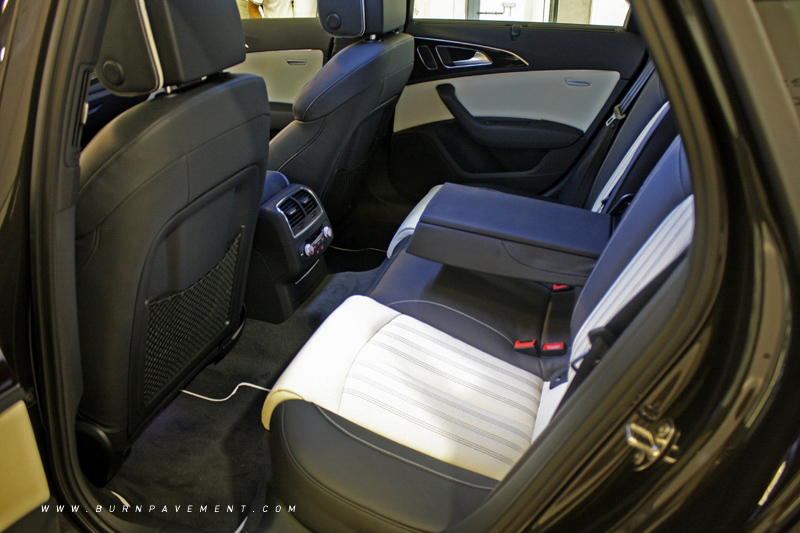 Under the bonnet lies a 2,773cc V6 power plant. Matched to dual-clutch 7-speed S-tronic transmission, it whips out a total of 204bhp and 280Nm. It needs only 8.1 seconds to reach 100km/h from standstill, and will continue all the way to a limited 240km/h. 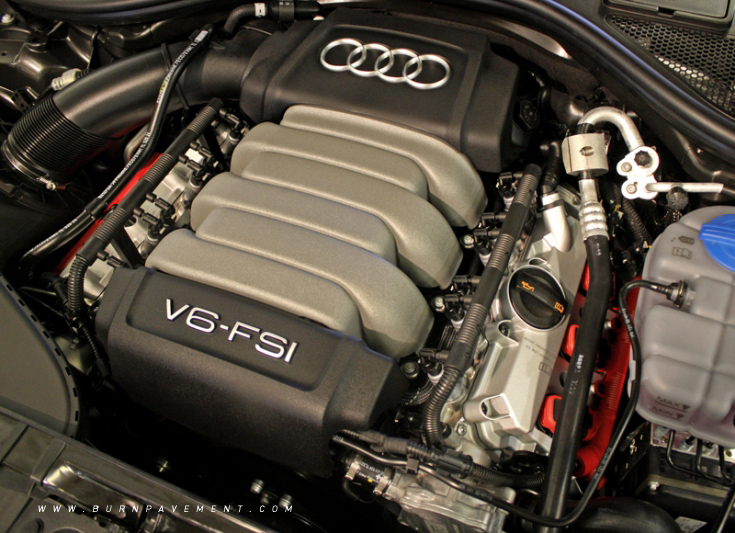 Despite also given the keys to the 3.0-liter turbo version to be driven around the Yas Marina Circuit, I’m actually happier with the 2.8-liter V6. Weird, you say? Hold that thought. It feels more comfortable and more satisfying to dirve — in comparison, the 3.0 TFSI can get quite raucous when you put pedal to the metal. This was evident when I was driving on city streets and highways; linear power delivery and precise transmission, complete with the melodious rhythm of a V6. And if you want a more engaging drive, steering-mounted paddle-shifters can be used to select the gears yourself. 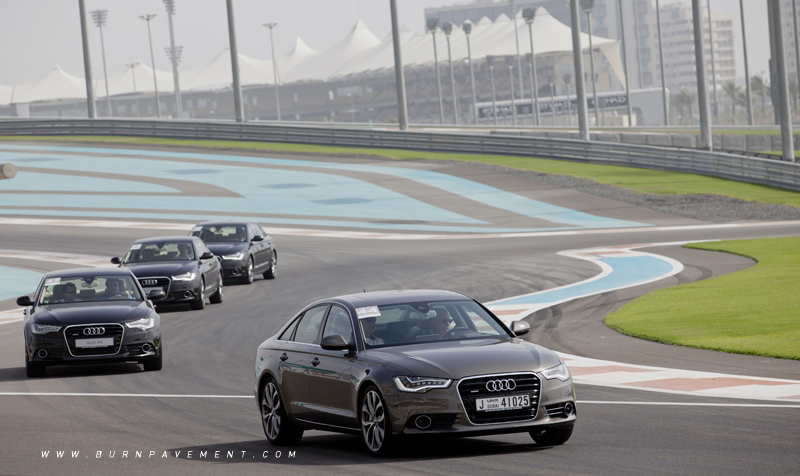 Like every other Audi, the A6 can be driven in four different modes - Comfort, Auto, Dynamic or Individual. Those modes give the driver the opportunity to select the performance of the engine, transmission and suspension, depending on his mood. When driving, I can feel how the A6 has a convincing grip. Its steering is not too heavy (even in Dynamic mode), and response is sufficiently accurate. Although its brakes come standard with ABS, EBD and Hydraulic Brake Assist, performance — especially during high speed braking — can still be improved upon. 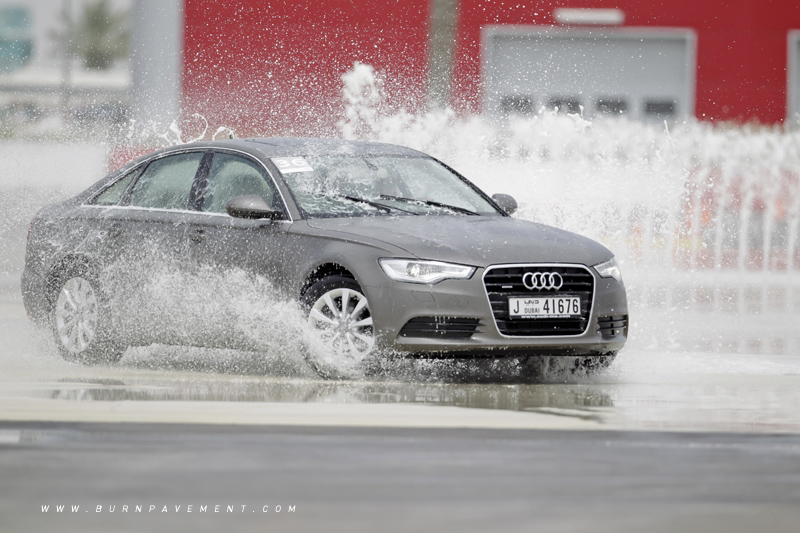 I’m deeply impressed with the new Audi A6 2.8 V6, that’s for sure. It might not be as powerful as its bigger-engined variant, but as a whole, it is the better one to drive on a daily basis. Its asking price, rumoured at less than $230k should definitely drive some buyers into its direction — especially after putting into consideration the BMW 523i costs $231,800, and the Mercedes-Benz E250 a pricier $244,888. 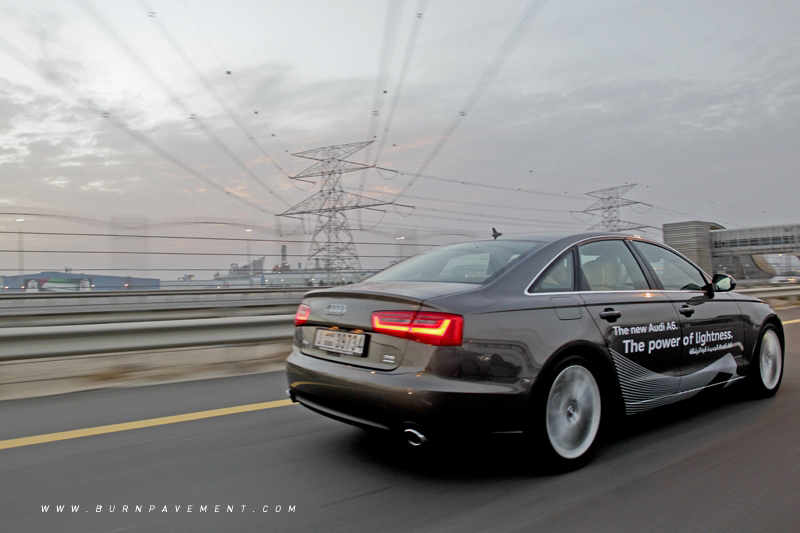 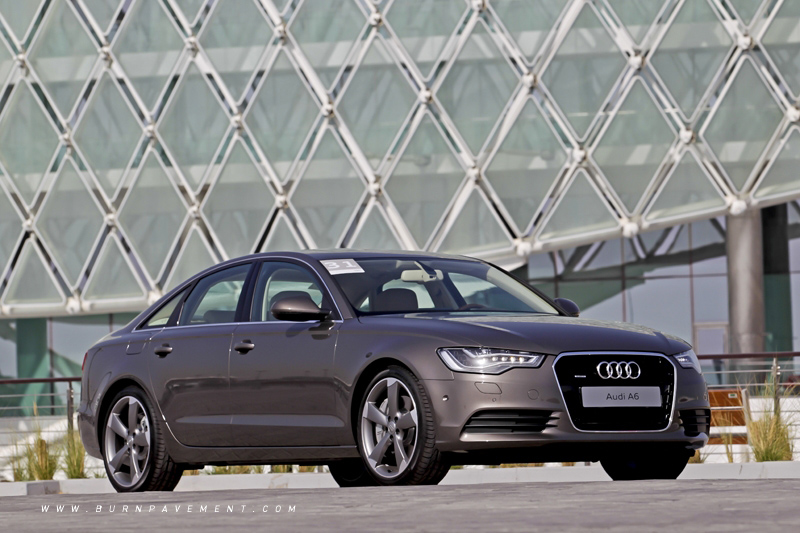