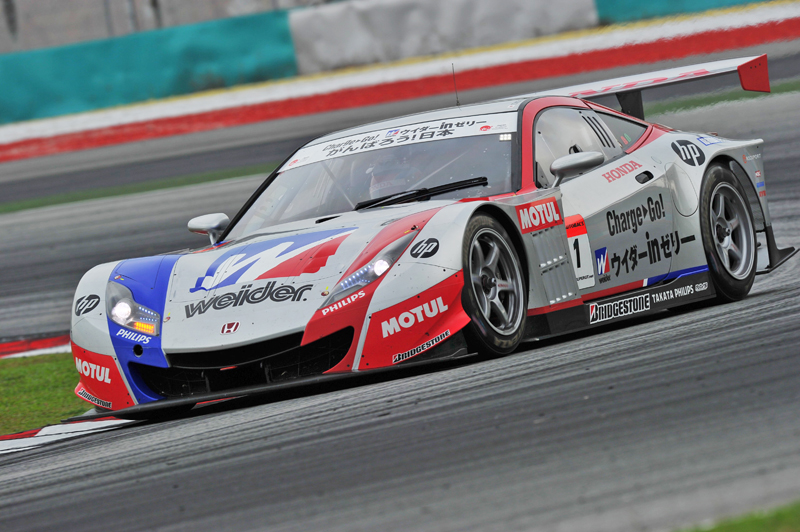 Hot battles on the track with cool events, this year's event looks like the best to date!

With the thermometer peaking at a hot 34 degrees C and a 43-degree track surface temperature, 34 cars lined up at the starting grid, it was Loic Duval in the Weider HSV-010 that held the pole position. It wasn't another uneventful race, as the first corner saw Calsonic Impul's GT-R colliding with Denso Sard's SC430 while running side-by-side, running off the track and dropping from 4th and 5th position.

Into the race, the leading Weider HSC-010 and S Road Mola GTR opened up a big gap between the rest of the pack, with a gap that varied from lap to lap. The action however, was behind the leaders as two HSV-010's (Keihin #17 and Arta #8) battled for the final podium position. Andre Lotterer in the Petronas Tom'S SC430 was fighting for sixth place, only to be held back by the GT-R's straight line speeds. 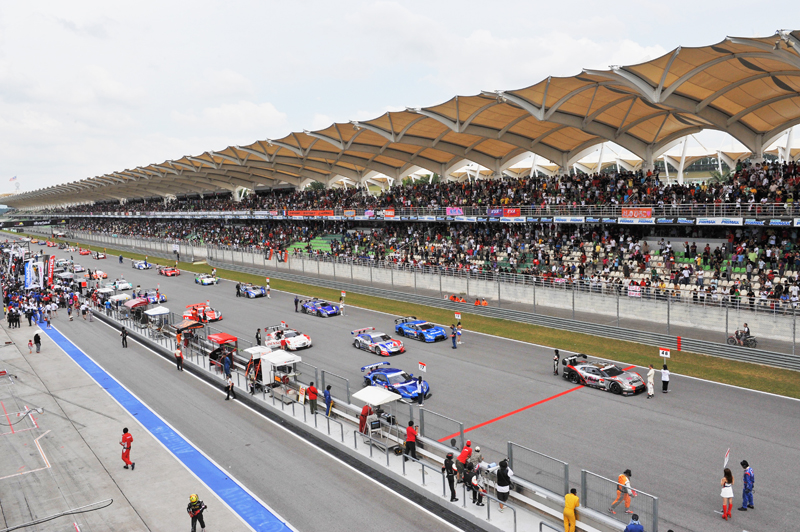 By the end of lap 21, the leading cars, the Weider HSV-010 and Zent Cerumo's SC430 made their pit stops. The S road Mola GT-R moved into the lead, finally made a pit stop two laps later after lap 23, exactly half way into the race. After some quick pit work and changing drivers to Masataka Yanagida, the GT-R rejoined the race just in front of the Weider HSV-010, now driven by Takashi Kogure. The GT-R lost its lead soon in corner two, and went on to finish in second, followed by the Keihin HSV-010. 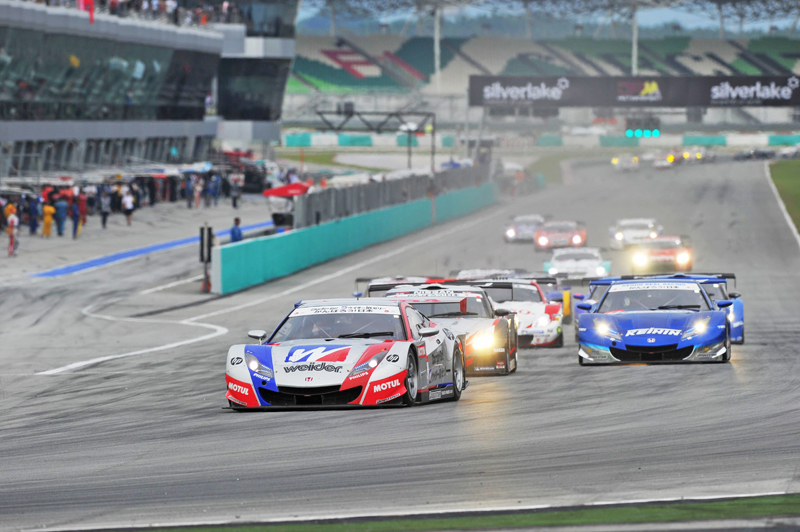 The GT300 class got off to an uneventful start, but filled with pressure as second place was fought between the two Ferrari cars. The best overtaking moves were pulled off by Hiroki Katoh in the Evangelion RT TEST-01 IMÂ·JIHAN Shiden, climbing from last to 5th position in just the first 10 laps. Taniguchi in the Hatsunemiko Goodsmile BMW managed to build a 14-second lead over the rest of the field before he finally made his pit stop and turned over the wheel to team mate Bamba. 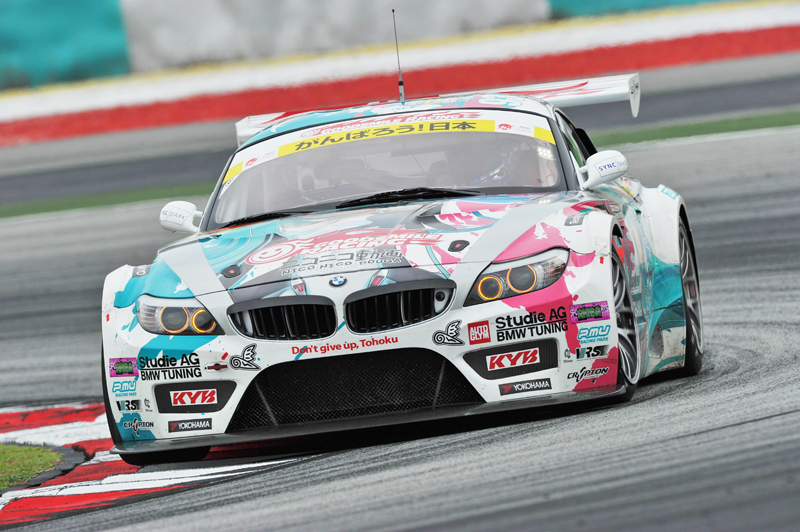 Bamba's lap times in car No. 4 dropped by 2 or 3 seconds, owning to being caught up in GT500 position battles. This allowed Jimgainer Dixcel Dunlop's Hiranaka to catch up in his Ferrari 458, only to be blocked in the corners, with the BMW pulling ahead on the straights. Bamba piloted his BMW to the first GT win for the team and for the car. Hiranaka finished 2nd for the third race in a row, followed by Yutaka Yamagishi in a Ferrari F430. 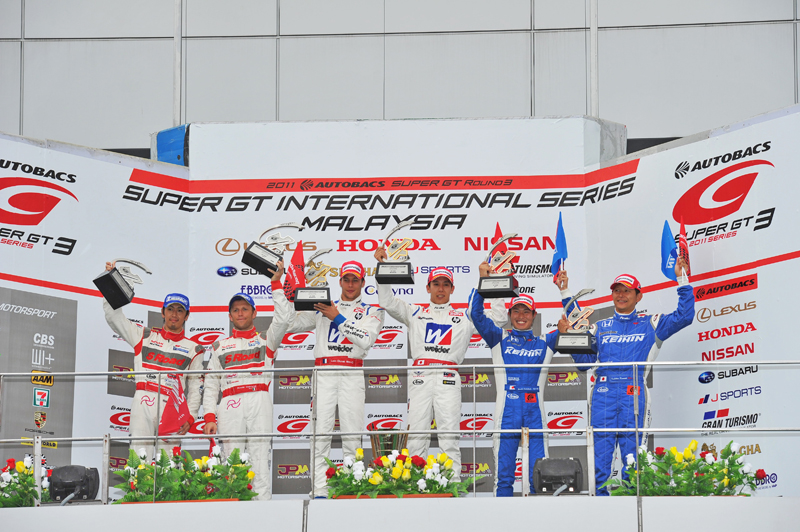 This year's event included open pit walks and JPM Megane, GT Asia, Classic Cars and Vios/Yaris supporting races. There was also a stage area which hosted talk shows and live performances to keep the spectators entertained. Not to mention, a car parade of super cars right after the free practice session, where a Porsche Cayman S crashed into a Ferrari F360, which went on to hit a Ferrari California. Find out more on our Facebook page! 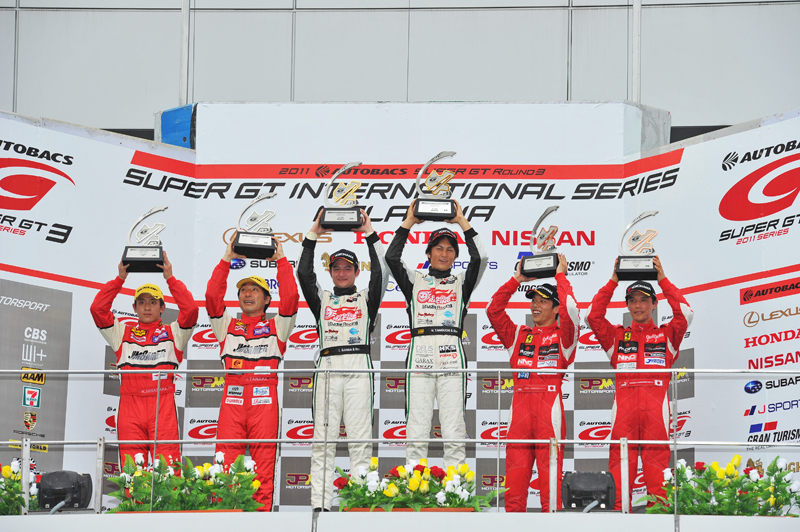