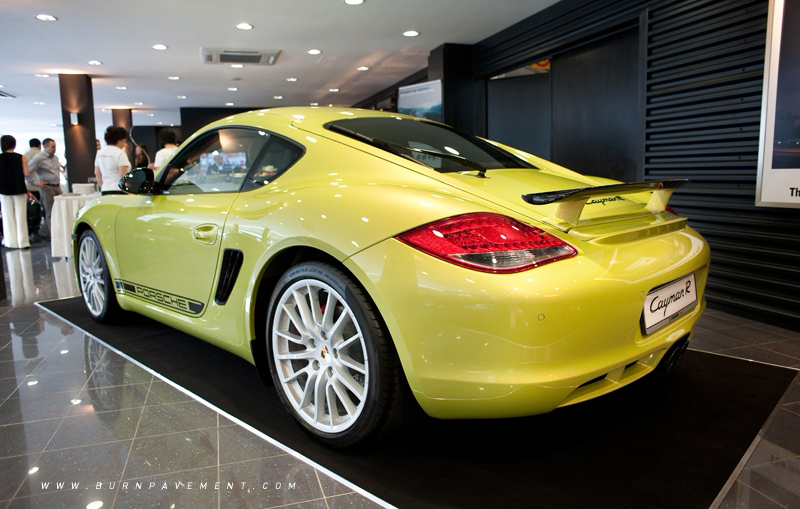 Porsche Centre Singapore today introduced the latest high-performance Porsche churned out of Stuttgart - the Cayman R. This top-of-the-range version in the Cayman line-up promises race-car like performance capability through a sporting concoction of speed, agility and efficiency.

Through an extensive weight reduction of 55 kg over the more regular Cayman S, the driving dynamics in the Cayman R has been significantly improved, with the car's agility and acceleration capabilities honed to deliver a precise driving experience. 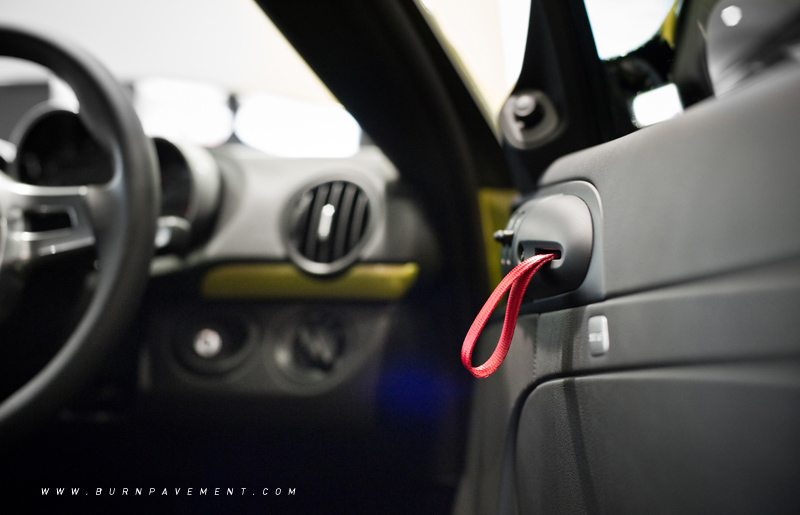 This mid-engined sports coupe is powered by a tuned-up 3.4-litre six-cylinder engine developing 330 bhp - 10 bhp more than the Cayman S, and 67 bhp more than the base Cayman. In the standard configuration, it transmits its power to the rear wheels via a six-speed manual transmission that helps propel the car from zero to 100 km/h in only five seconds. There is also the option of the seven-speed PDK that reduces the acceleration time to 4.9 seconds. For even more striking performance, the Cayman R can be specified with the Sport Chrono package - this gives a 0.3 second advantage. 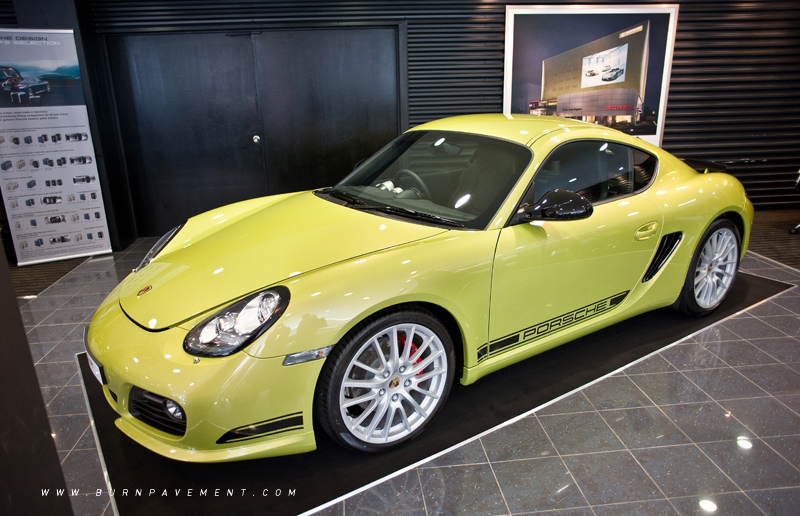 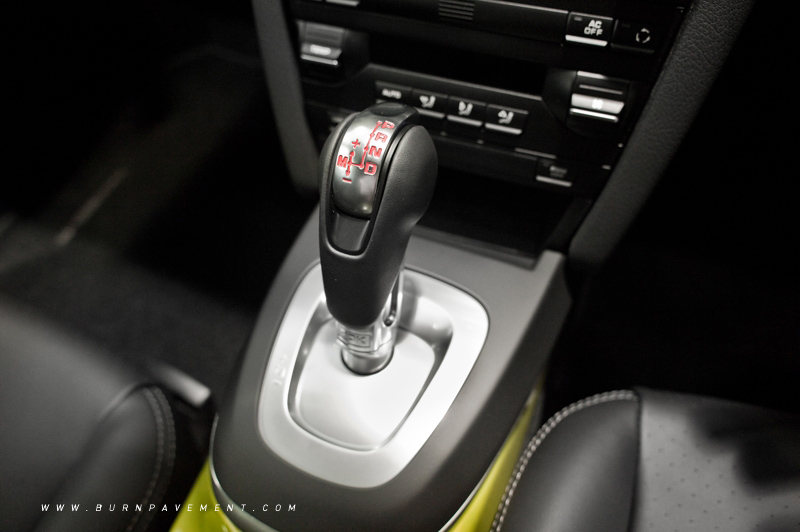 The main aim during the design of the Cayman R was to improve the two-seater even further in its performance, driving dynamics and agility through consistent weight reduction. With an unladen kerb weight of just 1,295 kg, Porsche engineers was able to reduce the power-to-weight ratio - up to 3.9 kg per hp for the manual and 4 kg per hp for the PDK. The largest savings were achieved through the use of lightweight components, and doing without several convenience normally seen in the Cayman S. In addition, the Cayman R is equipped with the lightest 19-inch wheels ever from Porsche - a complete set of four weighs less than 40 kg. 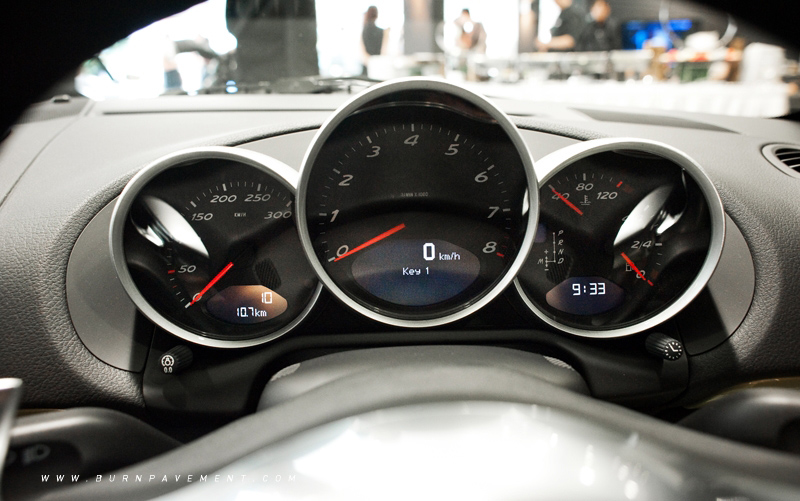 The extended silhouette of the bodywork, which has been lowered by 20 mm (compared to the Cayman S), combined with the distinctive fixed rear spoiler, the high-quality silver-painted wheels and numerous sporting highlights on both the exterior and interior ensures an individual appearance. The black-framed headlights, black exterior mirrors and Porsche lettering on the side - in contrasting black or silver depending on the body colour - take design cues from classic Porsche racing cars. Car buffs should remember this lettering as the trademark of the first Porsche with the "R" designation, the 911R that was produced in 1967. This 830 kg lightweight was created to race, and only 19 units were churned out. 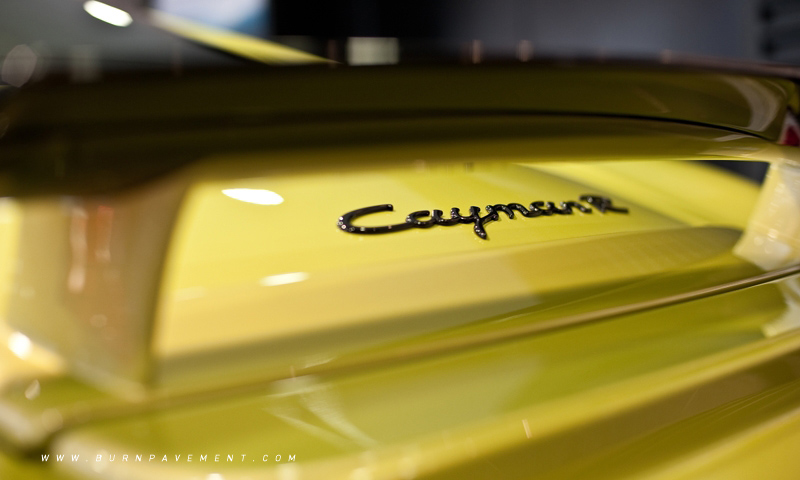 The Cayman R was first unveiled to worldwide acclaim at the Los Angeles Auto Show in November last year. "Peridot Green", a colour unique to the Cayman R, is also available. Prices starts at S$306,888 for the Cayman R with PDK, without COE - even giving the M3 Coupe Competition a run for its money. 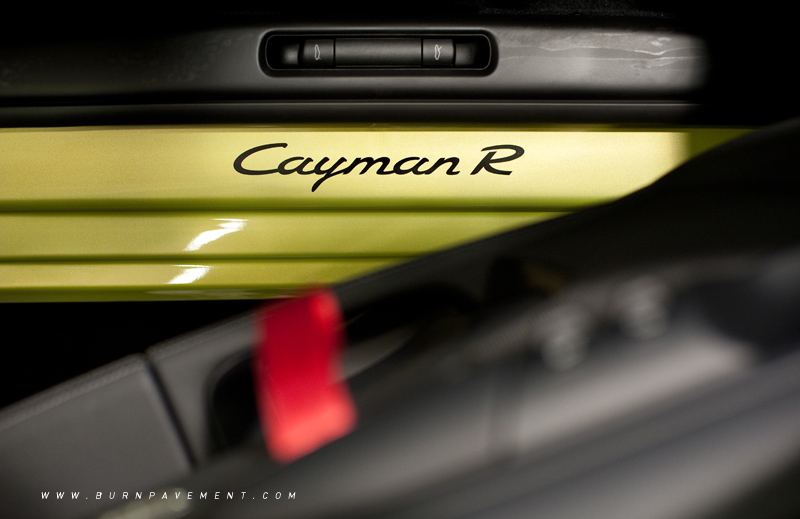 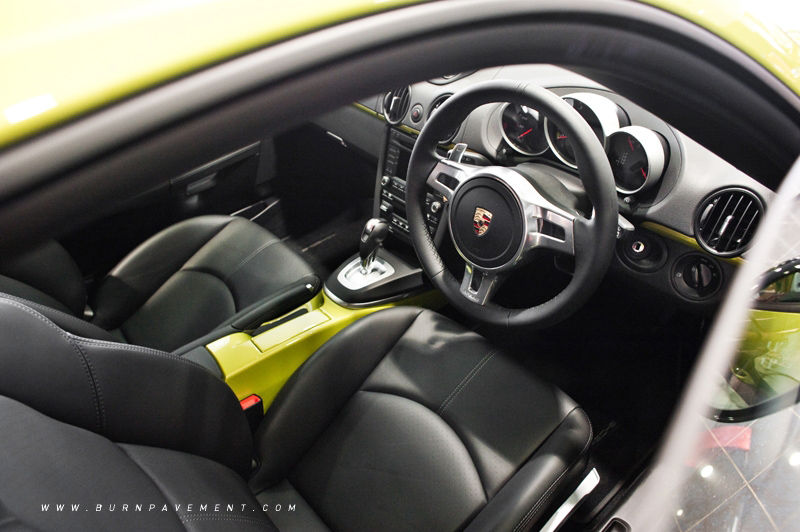