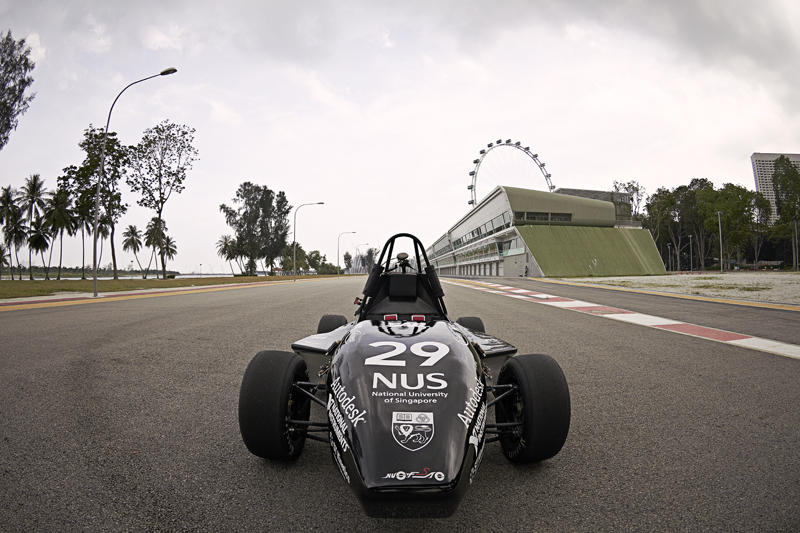 The NUS FSAE (Formula-Society of Automotive Engineers) team is a group of engineering students who design, build and race an open-wheel open-cockpit Formula race cars.

This year’s team of 12 has built the ninth NUS FSAE car and will participate in the Society of Automotive Engineers (SAE) Formula SAE competition, an international competition held annually. This year's competition was held from 11th to 14th May 2011 at the Michigan International Speedway where the NASCAR races take place. With almost every major university sending a team, FSAE is one of the world's largest engineering design competitions, consisting of these items:

Technical Inspection (Mandatory but no points awarded)
a. Compliance with vehicle safety and design requirements
b. Driver’s 5 sec egress, in case of fire
c. Brake test (4 wheels locked)
d. Exhaust noise test (110 dB max under set conditions)
e. Tilt-table test (no fuel leakage when the vehicle is inclined at 45° and no roll-over when the vehicle plus driver are tilted to 60°)

This year, 121 universities have registered for the FSAE competition in Michigan, each with its own student-designed and built Formula race car. NUS FSAE, the only entry from this part of the world, is registered as car No. 29.

A design-centric process lasting over a year

Conceptualization of our NUS FSAE 2011 race car started over a year ago in early 2010. The detailed design was done from May to July 2010, when calculations, computer-aided design (CAD) and finite element analysis (FEA) were used to determine the optimum shapes and sizes of various components. These were fabricated out of raw material over the next few months. The car was assembled in December 2010 for the maiden run in early January 2011, after which it was test driven, the engine and suspension were tuned, while the student drivers (selected through time trials) were trained for the four dynamic events. In March 2011, the team took the whole car apart to check for damage and replace worn parts, before assembling the car again. One final run through the four events and the car is ready for transportation to USA in mid-April 2011. 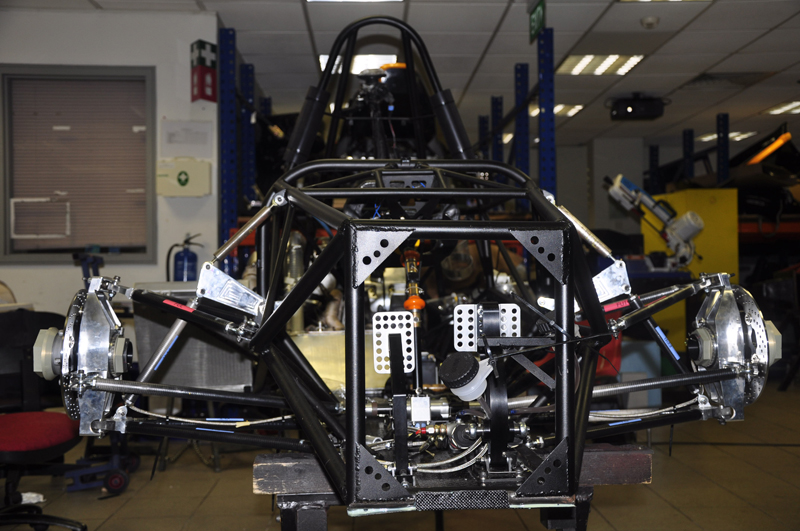 Carbon-fibre double-wishbone suspension - When we implemented carbon fibre suspension arms in our 2005 car, it was an impressive innovation at the May 2005 FSAE competition. Since then some other teams have followed our example. It is not as simple as it looks, since the rod ends and arm joints cannot be made of carbon fibre, and have to be machined out of metal, which is a complex operation. The connection between carbon fibre and metal has to be made using epoxy that is cured at the right temperature for the right duration in an oven.

Aprilia SXV 550 V-twin engine with dry sump, transversely mounted - In the past, we have been using Japanese engines since the inception of NUS FSAE (Yamaha XT600, Suzuki GSX-R600, Honda F4i). For the 2010 competition, however, we changed to an Italian engine of 550 cc capacity, which is about half the weight of the Honda F4i. Moreover, it comes with a built-in dry sump, saving us a lot of work in fabricating our own bespoke dry sump which was necessary in previous years. The Aprilia is also very compact and the space saved behind the driver’s seat allows us to mount it either longitudinally as we did in last year’s car, or transversely as in this present car. Whereas last year we used a Spiral bevel gear transmission due to the longitudinal mounting of the engine, this year, since the engine is transversely mounted, the engine output shaft is parallel to the drive shafts, negating the need for the use of troublesome bevel gears. The final drive reduction is now adjustable because the convenient sprocket-and-chain system allows for sprockets of different sizes. 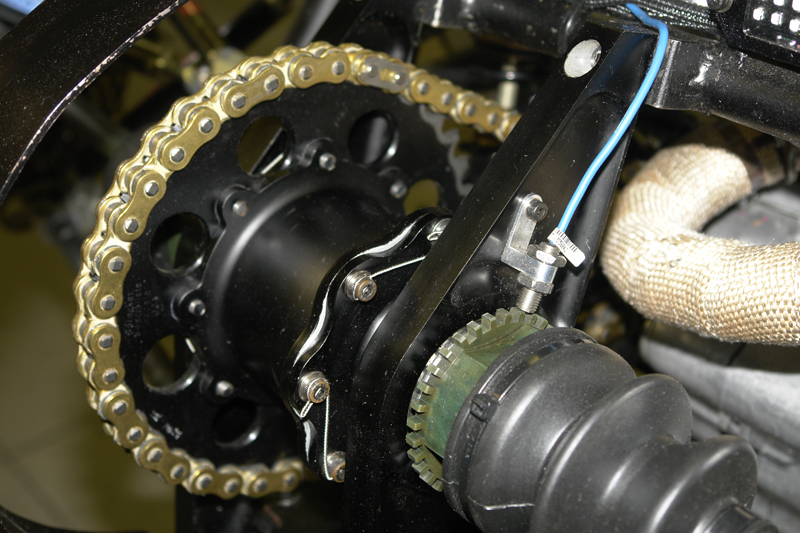 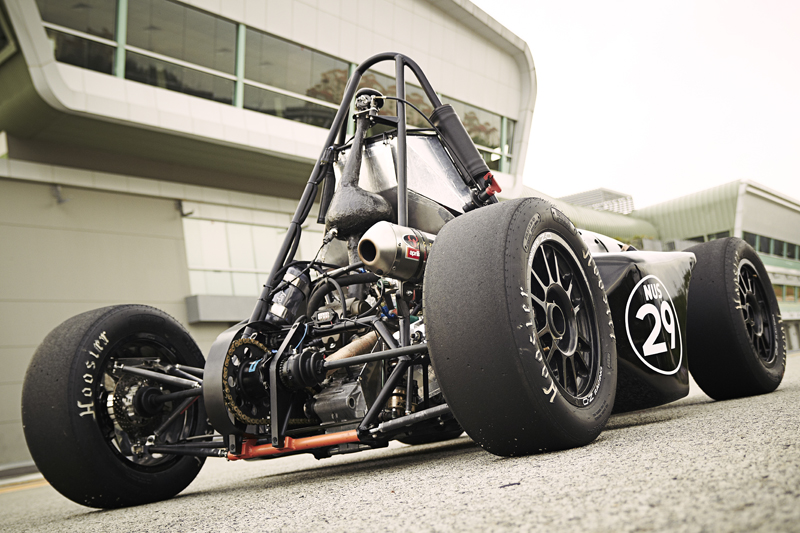 Gun-drilled hollow 4340 drive shafts - To reduce the rotational inertia of the drive shafts, we use hollow ones which are cold drawn, subsequently gun-drilled, and finally heat treated to the necessary toughness to withstand the torsional loads during acceleration, braking, and cornering. 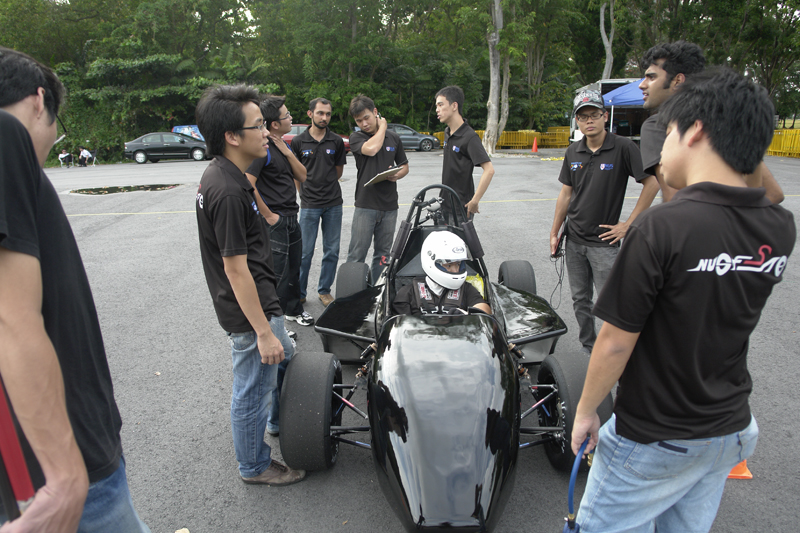 Engine air intake - For this car, we fabricated a 100 percent carbon-fibre air intake system, integrating the throttle, the mandatory two centimetres diameter restrictor, the plenum and the intake runners. This is an elegant system that saves weight tremendously. The downside is that if it malfunctions for whatever reason, it cannot be repaired, and a replacement needs to be made. 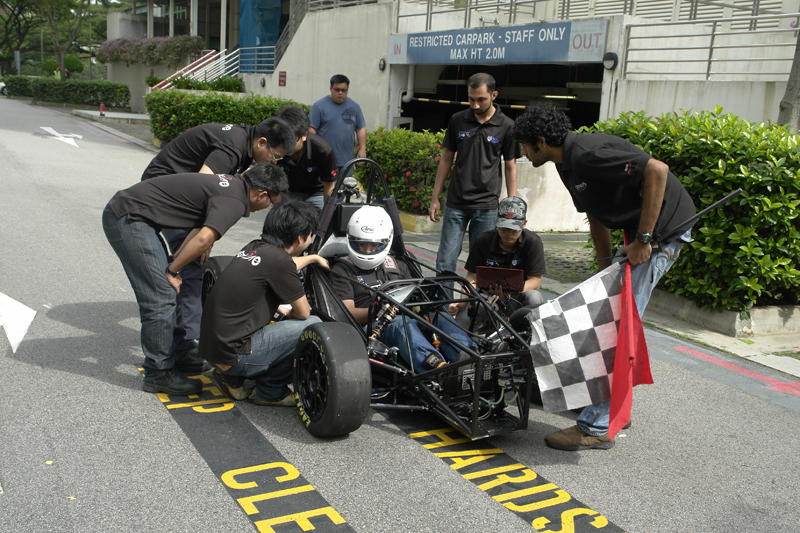 Electronic Launch/traction control - Wheel speed sensors are attached to all four wheels, and any wheel slip can be detected by a comparison between wheel speeds. These results are fed into the EMS (engine management system), which by a feedback system, will programme the engine almost instantaneously to operate accordingly to improve traction. 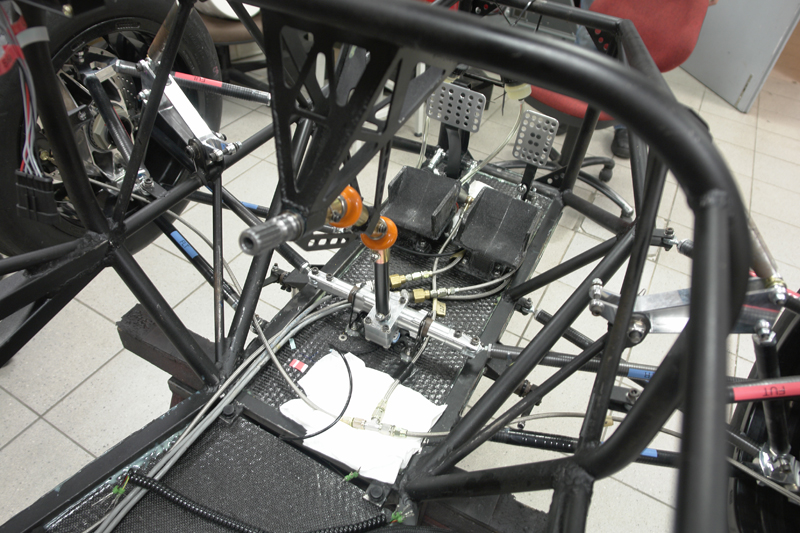 Stay tuned for the report of the 2011 Society of Automotive Engineers (SAE) Formula SAE competition. 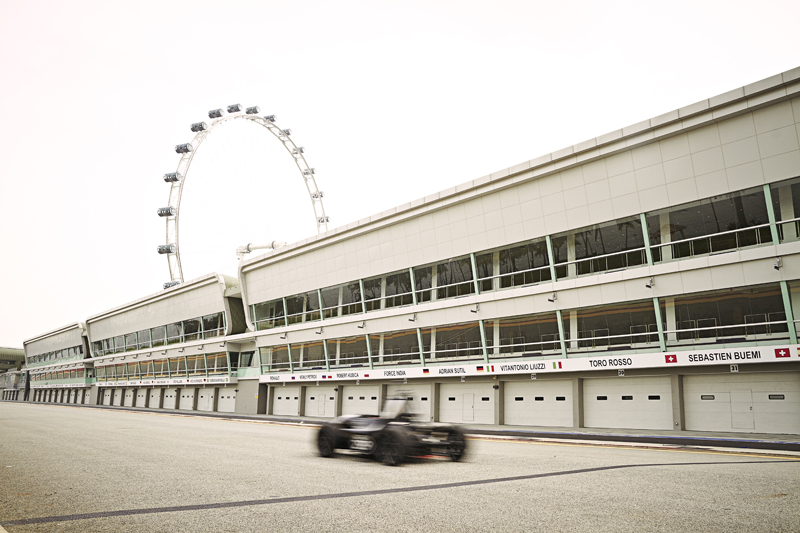 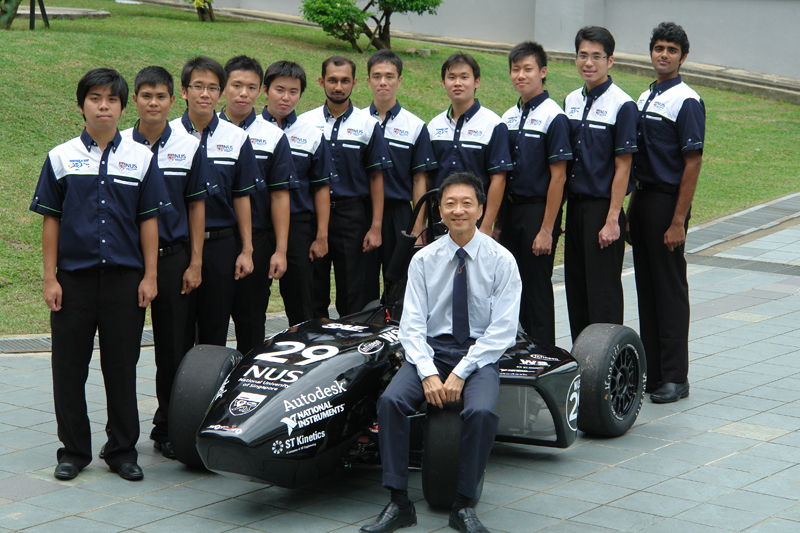 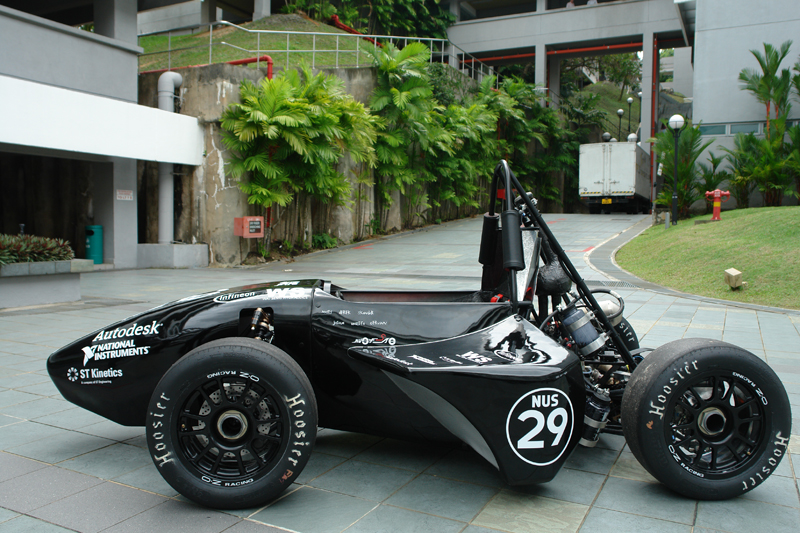