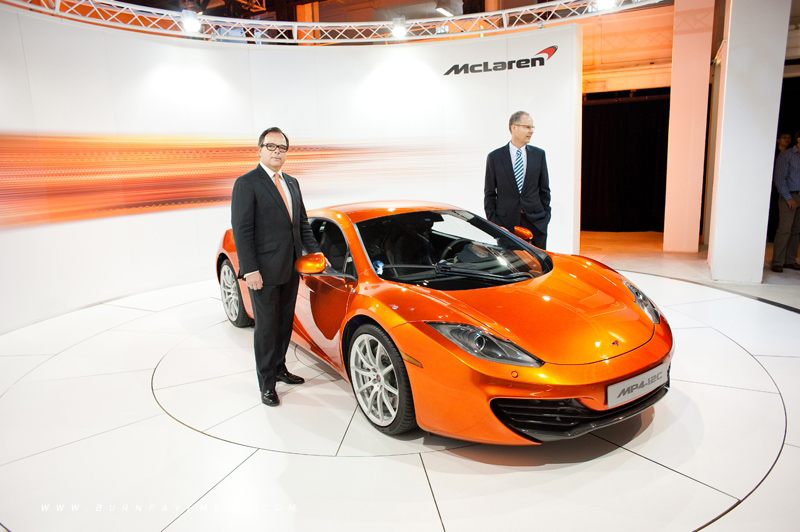 McLaren Automotive’s debut high-performance sports car, the MP4-12C was revealed in Singapore for the first time on 2nd of June 2011. The highly anticipated model from the British manufacturer was unveiled at a special event for prospective customers and media at the Red Dot Design Museum.

The innovative 12C is unique in the core segment of the sports car market. This two-seat, mid-engine model features a revolutionary one-piece, carbon-fibre chassis structure, the carbon MonoCell. It is the first time a car has featured a one-piece, carbon fibre structure; a strong and lightweight engineering solution that comes straight from the world of motor sports where McLaren introduced this technology to Formula 1 in 1981. 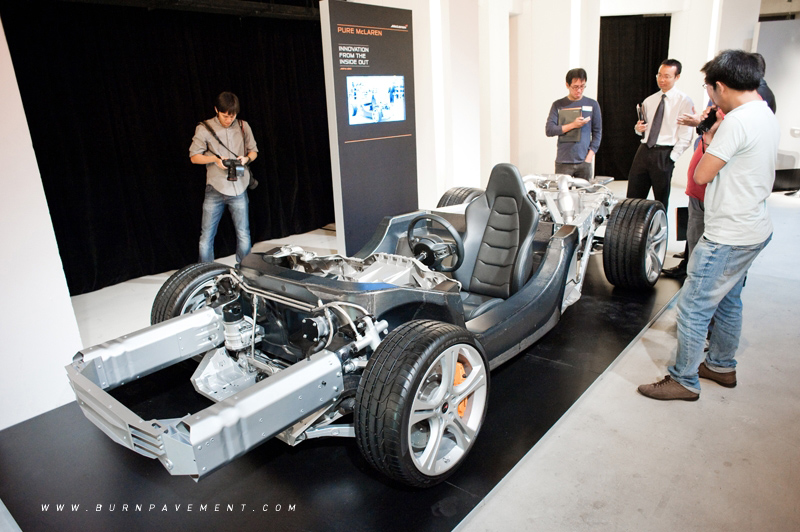 The 12C has been developed to set new standards not just in handling, ride and performance, but also safety, economy and practicality in an already competitive sector. The 12C is equipped with a bespoke McLaren 3.8-litre, V8 twin-turbo engine producing 592 bhp, and driven through a unique McLaren seven-speed, Seamless Shift, dual-clutch gearbox (SSG). Yet when it comes to CO2 emissions per horsepower, the MP4-12C is even more efficient than a hybrid car. 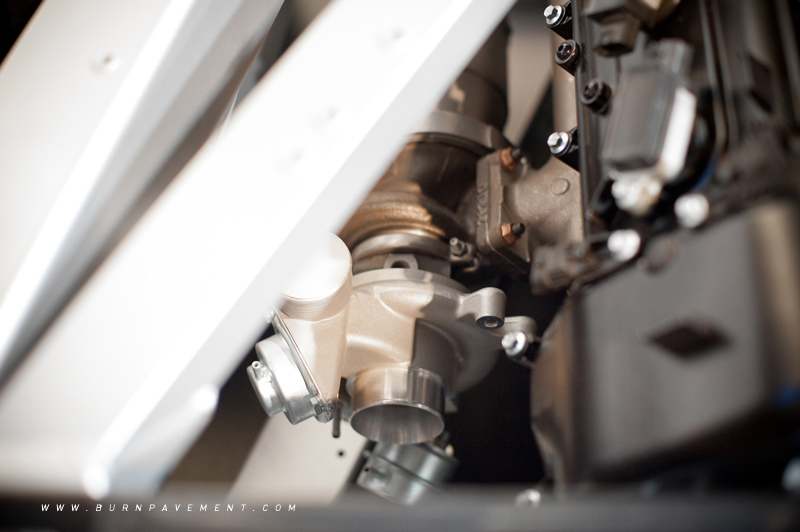 Ian Gorsuch, McLaren Automotive’s Regional Director for the Middle East, Africa and Asia Pacific, said: “We are thrilled to present the MP4-12C to the Singapore market. There has already been great interest in the 12C across the region, and Singapore is no exception. We are all looking forward to the first cars being delivered here from as early as the end of this year." 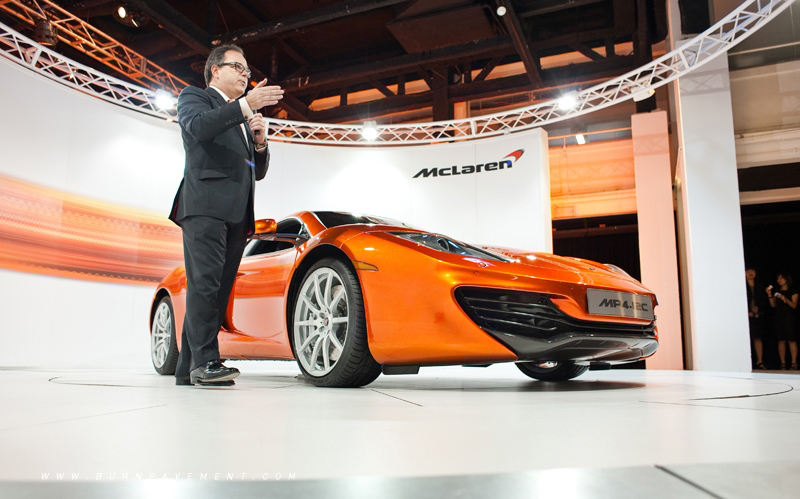 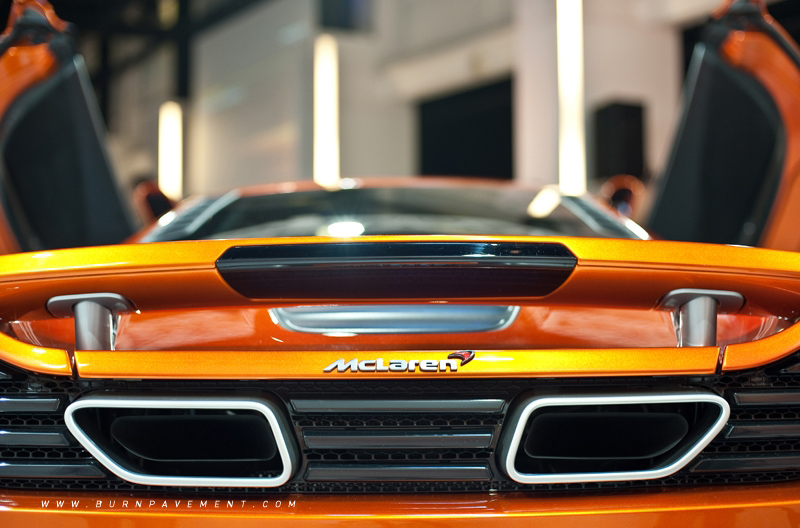 Andre Roy, Group Managing Director of Wearnes Automotive, said, “The McLaren MP4-12C, developed with a commitment to innovative technology and with the company’s foundations in Formula 1 racing, is one of the most significant super sports cars to ever be launched here. Wearnes Automotive is pleased to be a part of this special moment in Singapore’s motoring history." 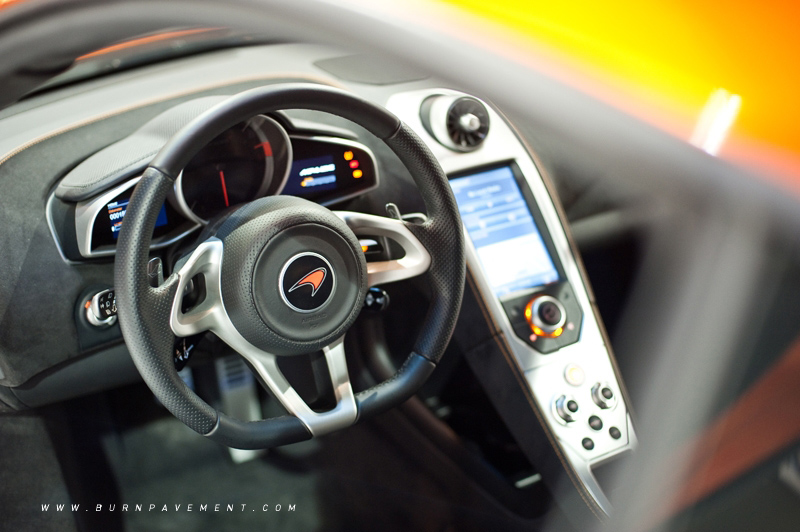 The 12C has received over 4,000 expressions of interest registered on www.mclarenautomotive.com with significant interest from car enthusiasts in Singapore. Roy added, “Singapore is home to some of the region’s most discerning automobile enthusiasts, and we have received fervent response for the striking McLaren sports car since news of our appointment broke earlier this year. We have every confidence that the MP4-12C is going to be a huge success here.” 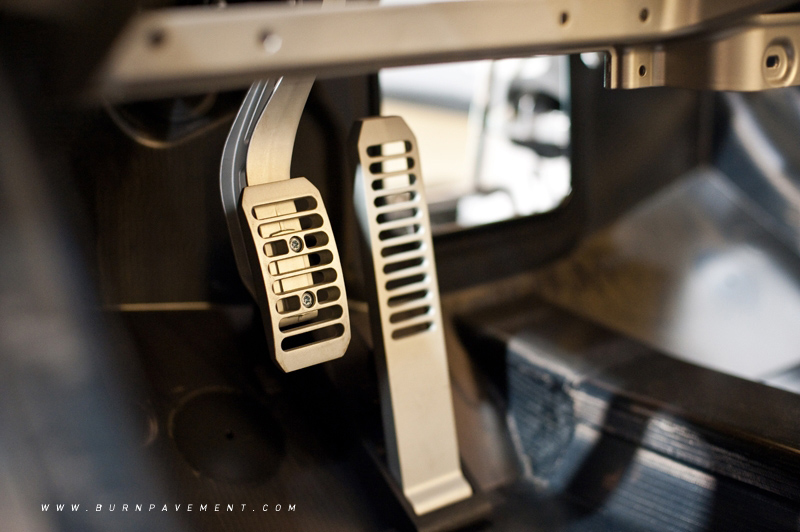 Price for the MP4-12C has not been confirmed, but according to an insider, it is expected to be at S$900,000 without COE. Potential owners can also look forward to an extensive list of options.