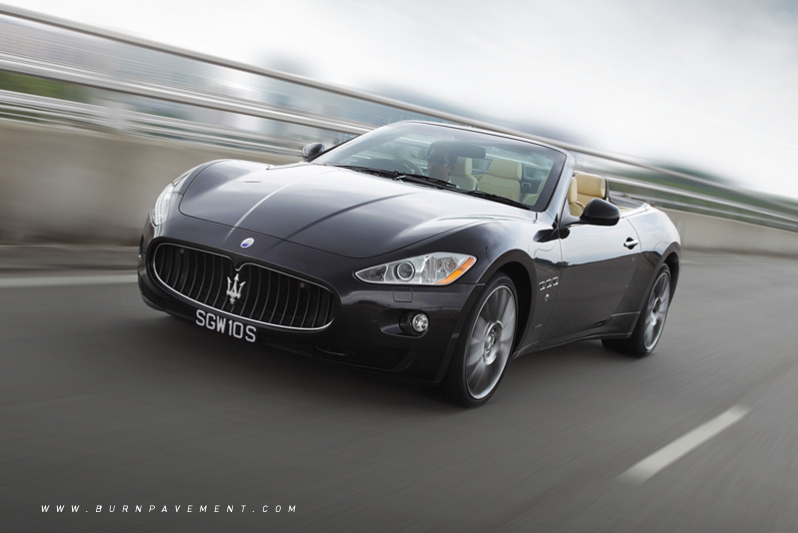 The One From Above | Maserati GrandCabrio

With instruction from god himself, Maserati shows how a proper cabriolet should be.

For all the money in this world, one can easily opt for a Porsche 911 Cabriolet, the new base model Audi R8 Spyder or even if you have the extra ka-chings, head straight for the Lamborghini Gallardo Spyder. But if you can’t, then maybe a tandem bicycle is a good start. Ok, kidding…

Fast cabrios are a must-have accessory if you’ve made it good. Well if you already have a limo, a sports car and another sedan for trips to the market, a cabrio is a natural “next-thing-to-get” - something to cruise around comfortably, or to show up at events in. 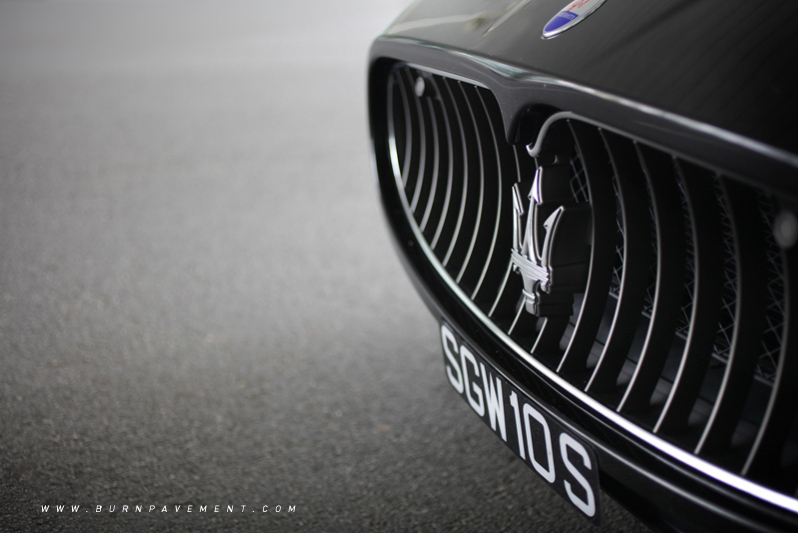 Now let’s talk about prices. The 420 bhp Audi R8 V8 Spyder is yours for S$599,073, the 500 bhp Porsche 911 Turbo Cabriolet can be had easily for a mere S$678,888 or maybe if you’re less fussy but still want to be extravagant, a “low-mileage-well-taken-care-of-one-owner-only-never-been-to-track-before” used Lamborghini Gallardo Spyder LP560-4 for about less than S$900k. Discouraging ain’t it, the prices?

But then again if you still would like to indulge without breaking one of your banks, then perhaps you should get acquainted with the Italian. No, no, no… not a Ferrari, my friend — but a M-a-s-e-r-a-t-i. To be precise, the Maserati GrandCabrio. (Let’s just call it GC for now.) 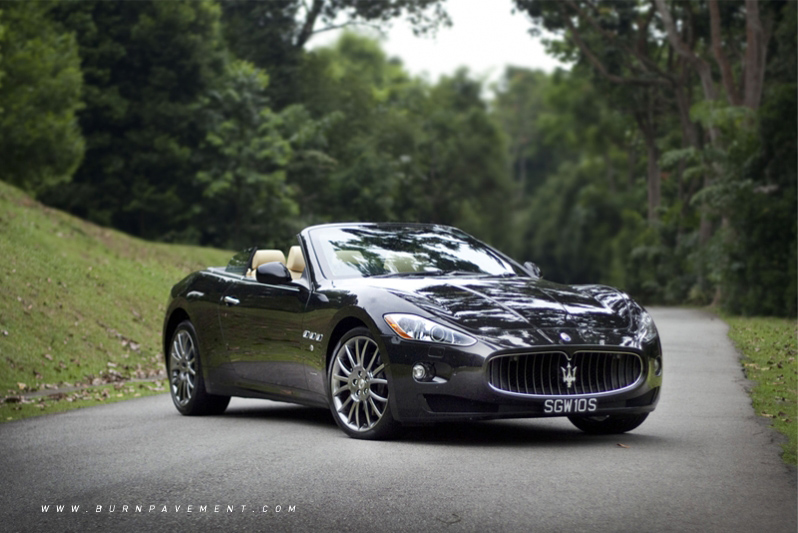 It makes sense on paper. After all for less than S$550k, you get a sexy 440 bhp Italian cabriolet that can accommodate three others, a V8 power plant and of course the trident badge. Let’s start on the exterior. To sum it all up, two other words best describe the GC (besides “sexy” that was used earlier) — svelte and captivating. Full of wonderful curves, everything is well proportioned; it looks flawless be it with or without the canvas roof up. It seems as though god himself came down to earth one day, popped by the Pininfarina design center, drew his rendition of “the perfect cabriolet-tourer”, submitted it to Maserati and demanded they build it to his detailed sketch — failing which, the company will have to face years of financial difficulty and eventually be taken over by, say, a Chinese manufacturer. 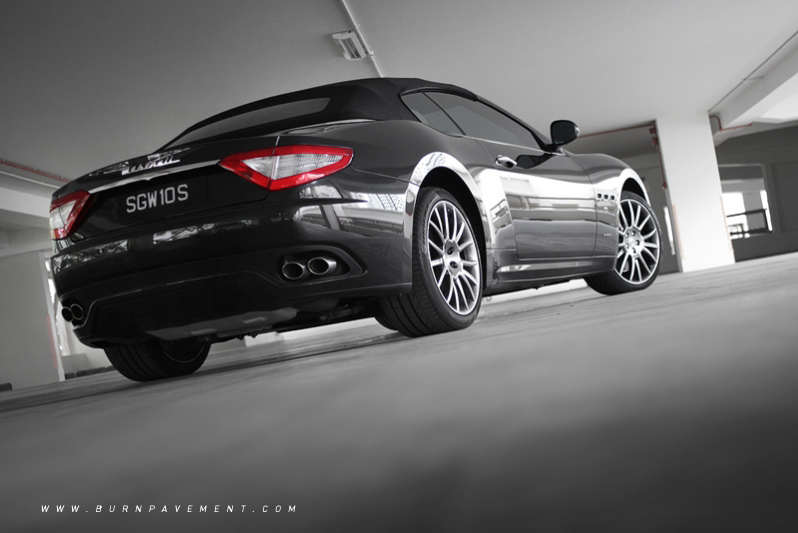 That gaping face, some say, looks a tad overwhelming. Well I say it’s something you’ll get used to in a matter of minutes, looking at how the slit-eyed headlamp actually blends in nicely with the grill, and swoops up brilliantly into the entire car. Thankfully too, the entire plot went well, with the shoulder lines tapering perfectly towards the rear end of the GC. Ahh… You can never fault the Italians when it comes to design. 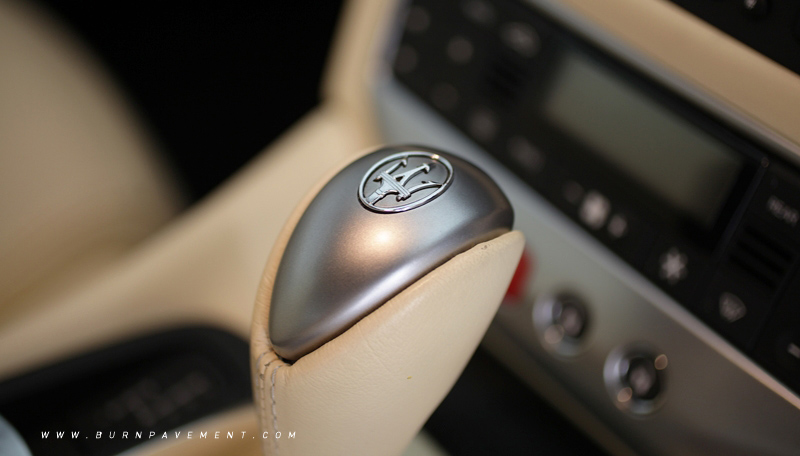 Measuring in at close to five metres long, 1.9 metres wide and with a wheelbase of almost three metres, this translates to a comfy and generous cabin. In fact, the two rear passengers — if they’re not as tall as Michael Jordan - should be able to enjoy an adequate amount of head and leg room, complimented further by the plush seats that seem to hug you snugly. To make things even sweeter, rear ingress and egress is not much of an issue here, even if the roof is fixed. 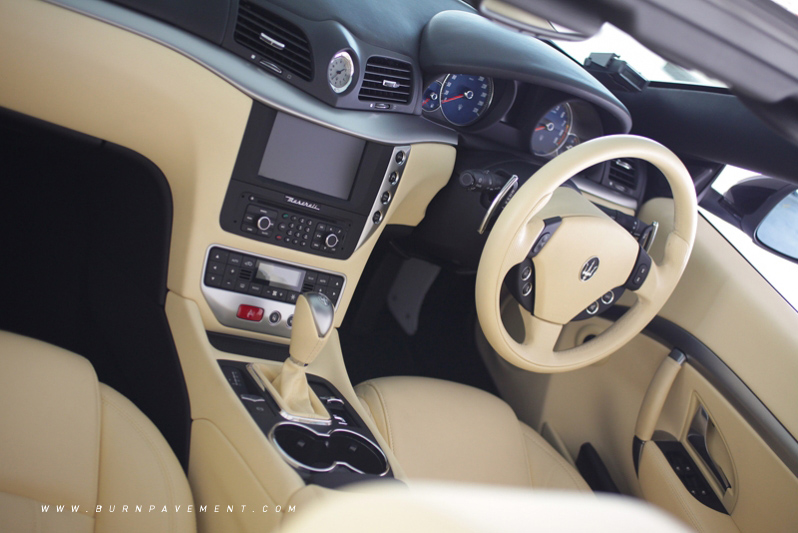 Build quality is good with everything well screwed and gaps not too obvious. But still, another half a notch of attention to detail is always welcomed - something like a Porsche Panamera’s, yes, that will be great. You see, some control buttons on the center console can come across as tacky and seems as if it came from the last decade. The cockpit is a joy to be in — as a driver, you immediately merge into the car the moment you close the door. Air-con control? Ah, there we go. Where do I switch on the headlamps? Oh there it is. Need directions? Here’s the GPS. It is designed around the driver, just to ensure he or she won’t get distracted. The leather-wrapped steering wheel is sized perfectly and rightfully deserves two thumbs up (no pun intended). 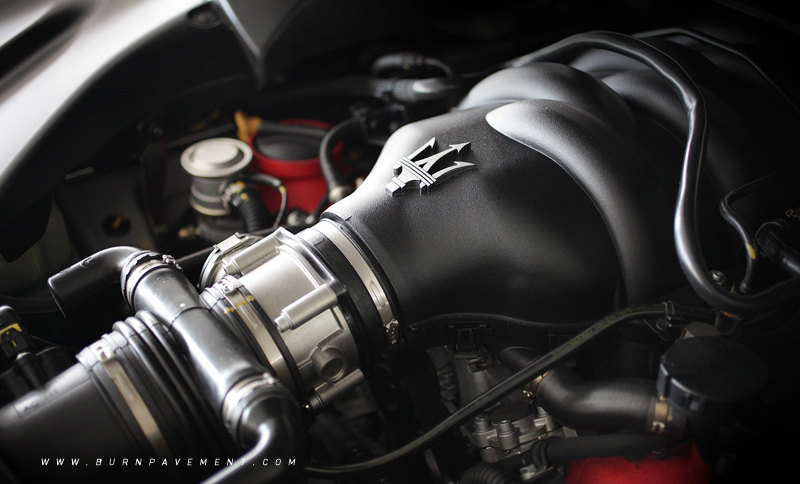 Under the bonnet lies a (cue drum roll) massive 4.7-litre V8 engine designed by Ferrari, no less. Mated to a ZF-supplied automatic transmission - I’m glad to report that no fanciful dual-clutch transmission has made its way in here yet, so we know reliability is something we need not worry about — the GC whips out a healthy dose of 440 bhp when you push it hard to 7,000 rpm, and 490 Nm worth of torque which kicks in from just above 4,500 rpm. 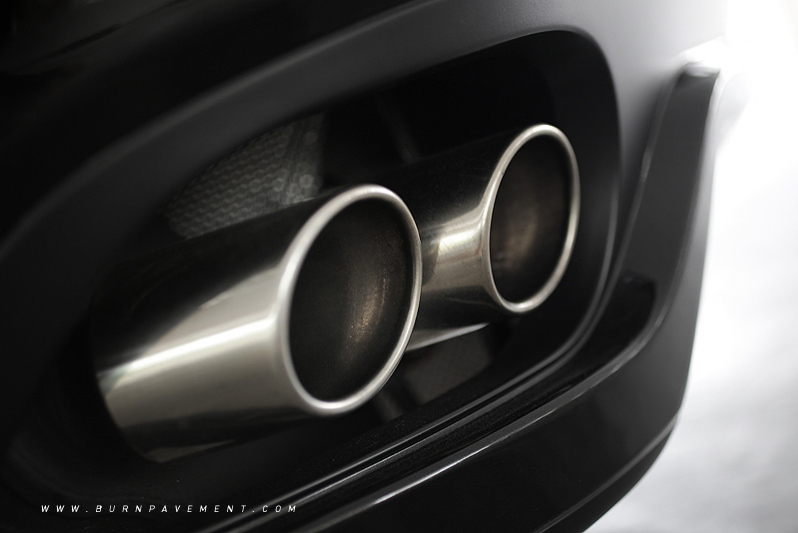 Our test car here even comes fitted with an optional performance exhaust system, and that automatically made it an even louder screamer. Unfortunately though, no official figures were given in terms of the additional power output. 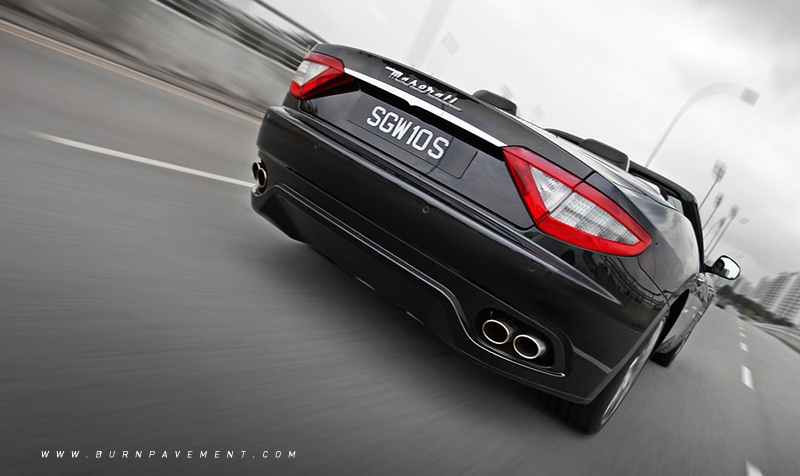 However, pair this to the always-ready-to-run V8 and you get a car that loves to be stretched in every single gear. Push it near redline in gears one, two, three and four, and you’re greeted with a fine shrill that emanates from the rear, making its welcomed way into the cabin. Try that in the CTE or KPE, and you’re sure to be given the right of way without even having to ask for it. 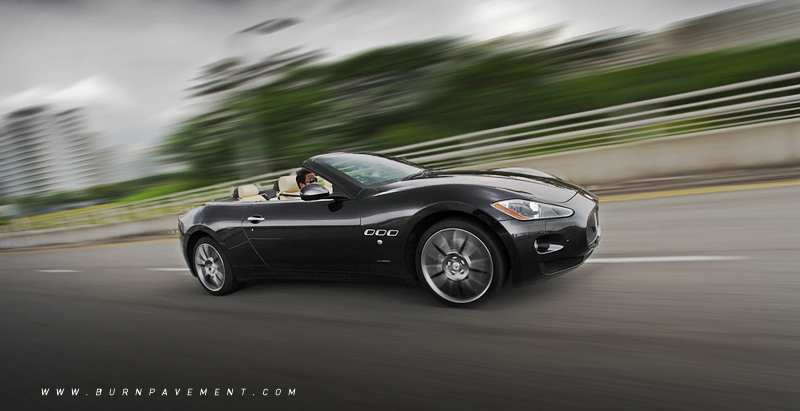 But of course with great (and loud) power, comes equally great responsibility — do too much of that and you'll hurt the petrol consumption and also risk losing your driving license… Which is hard, really. The GC is full of charisma, charm and character; it’s hard to drive it gently. You just want the entire world to know you have what it takes to drive a Maserati, you want to blast it down the road each and every time - with the roof down. But drive it in a relaxed manner and the GC rewards you with a surprisingly comfortable ride. Stiffer than a 6 Series, true, but it’s nothing that you cannot withstand. And when a series of bends appear up ahead, the car turns according to the steering input, with the car feeling almost flat and body-roll not even obvious. You don’t feel the car going out of control. You don’t feel the rear wanting to kick out. Nice. 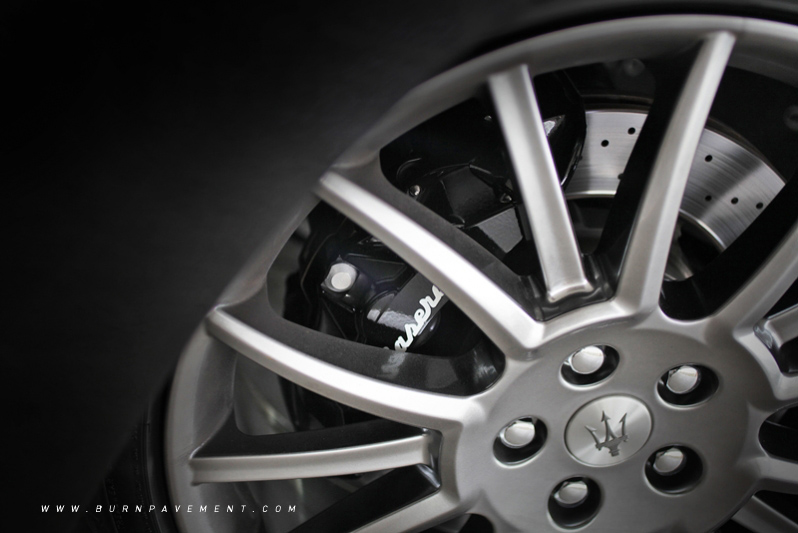 So after all that, here it goes. The Maserati GrandCabrio takes a certain type of driver to really appreciate and understand the car. It’s not for the sort who wants to be like the rest — if you have character and love the rumble and shriek of an Italian V8, but also want the option of driving either with the roof up or down, then this car matches you perfectly. Otherwise, just stick to a BMW 650i Convertible. 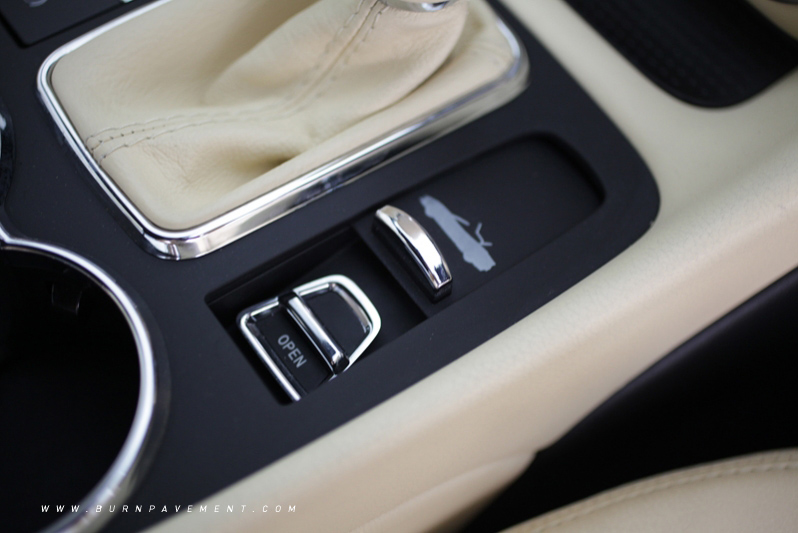 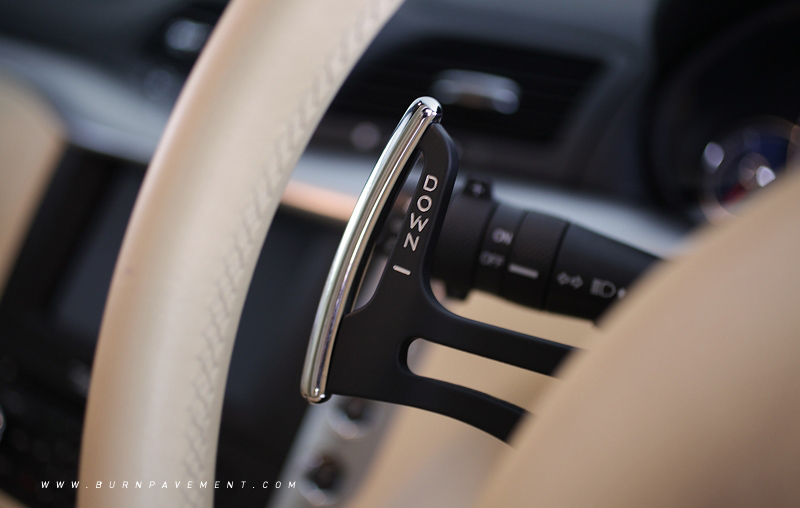 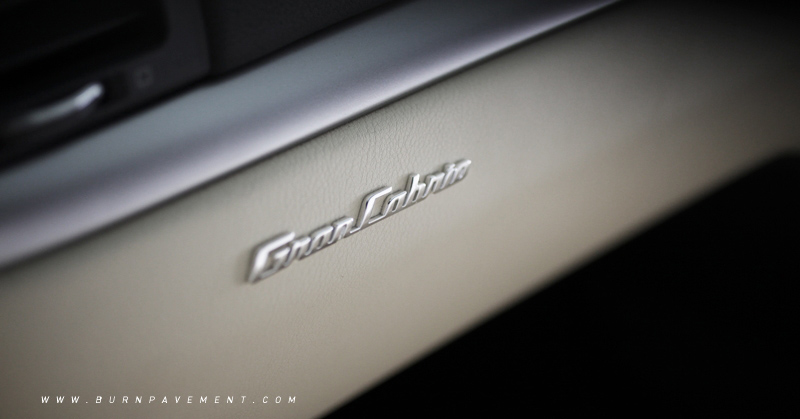