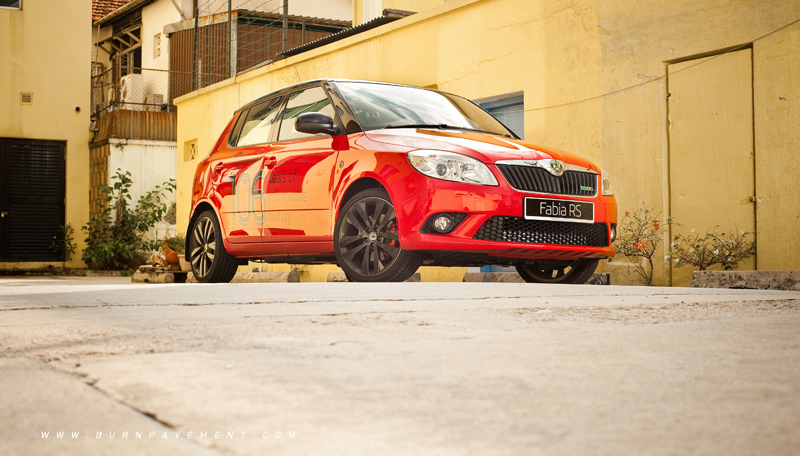 The closest thing we ever got to a Skoda hot-hatch here was the Skoda Rapid CoupÃ©, which put a smile on the faces of many - only because it was a joke. Now though, Skoda's got something much better.

I grew up in an era where the word 'Skoda' was used only in riddles, insults or even a curse. Plagued with shoddy build quality, poor reliability and questionable design, Skodas of old were bought by people who REALLY needed a car, or were banned from public transport.

With the help of parent company Volkswagen however, Skodas of late have become one of the most reliable and well-built cars in the world. Yet they're cheaper and offer greater value for money than their German sibling. Even their designs (look at the handsome Superb and funky Yeti) have improved by leaps and bounds. Although, I'm afraid I can't say the same about the car I have in front of me.

The Fabia has looks that only a mother could love. Tall and ungainly, it's hardly the aggressive hatchback that a boy-racer would be proud to drive up the driveway of a club to pick his mates in.

Thankfully, it's not all bad. All units of the Fabia RS sold here will sport a sleek black roof, which visually 'lowers' the height of the car. Also standard issue, are the 17" black Gigaro alloy wheels. To spice things up, may we suggest the signature Rallye Green Metallic paint?

The twincharged 1.4 TSI unit used is none other than the award-winning power plant used in the Golf Sport range, as well as its closer cousin, the Polo GTI. In this application, it produces a punchy 180 bhp and 250 Nm of torque, which will help propel the car from nought to 100km/h in 7.3 seconds. Power delivery from the engine is smooth but somewhat hampered by the seven-speed DSG gearbox.

While it may be easy to use (and really quick too), the transmission has just too many gears to toggle between to find the right power band. When you're in attack mode, carving corners and overtaking traffic, you want a gearbox that is predictable, and ideally, with a wide power range. I truly lament at the demise of the good old five-speed manual gearbox. 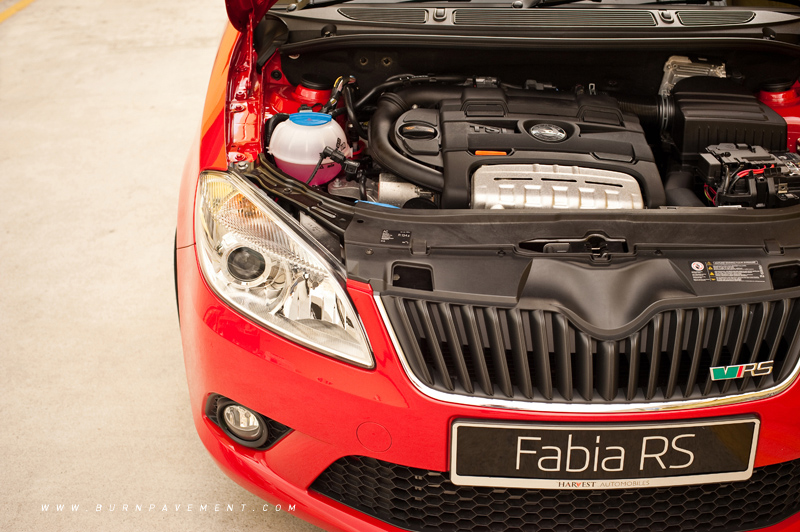 With modernisation in cars, comes new-found tech like the clever XDS system, an electronic differential that brakes the inside front wheel should the system detect any slip or loss in traction. Boring? Kind of, but safe nonetheless. It's fun with a safety net. Anyway, if you're feeling gutsy and are in the mood for some wheel spinning action, it can always be switched off. 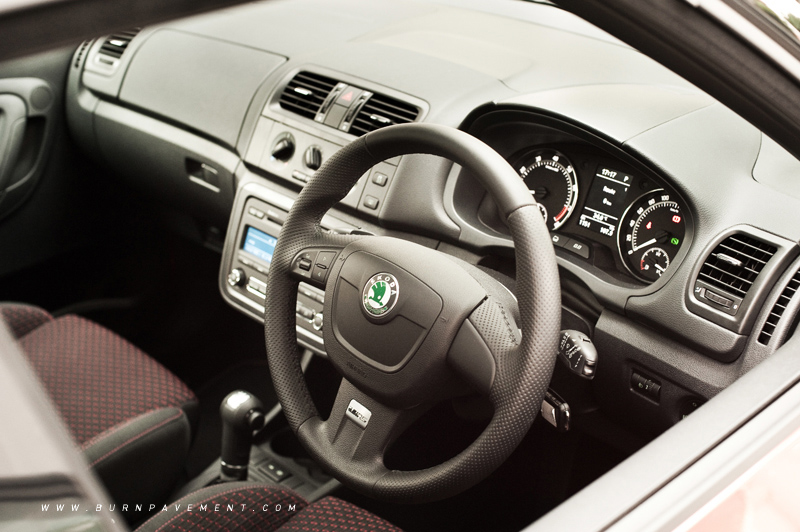 Make no bones about it, the Fabia RS is a very fun car. Grab that chunky steering wheel and chuck the car into a series of corners, if you don't end up with a smile on your face, something is wrong - with you. Granted, you do get a good measure of body-roll when flying round the bends, and the suspension does bounce over road undulations quite a bit. Admittedly, this shocked me initially - I was expecting a sharper handling car - but in the end, the car delivers on being an excellent all-rounder melding comfort and performance into one package. 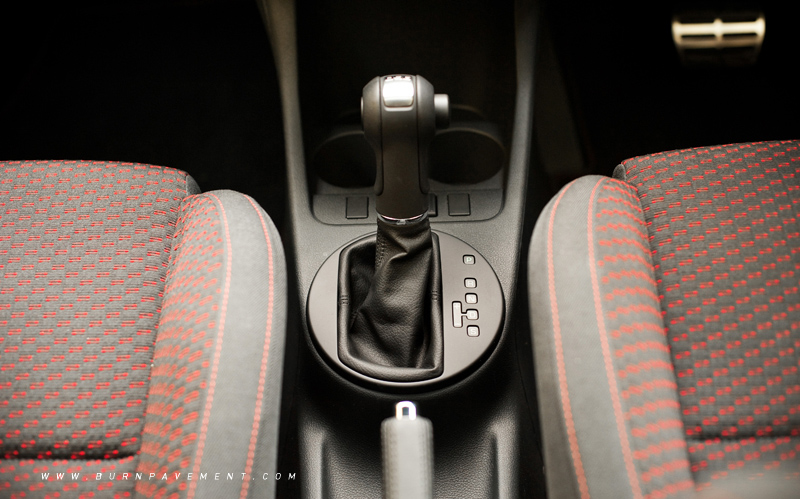 The Fabia's interior appeared bland to me at first, but after awhile, I realised this was in spirit of the non-nonsense hot-hatch character. Most importantly, I found it to be very well screwed together. The materials have a weighty feel and controls are well within reach. Although I felt that an automatic air-conditioning system would have been nice. 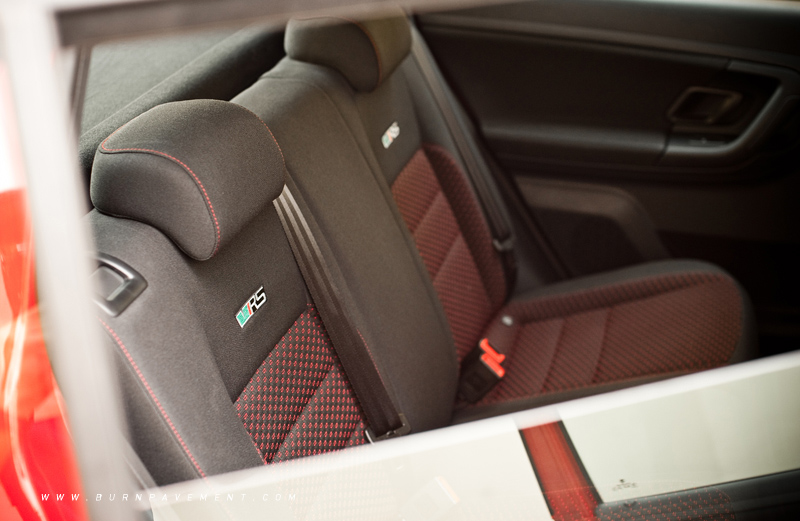 Headroom is very good with the high roof line and overall space on the inside is more than ample. This car will carry a hooligan driver and four of his mates comfortably. 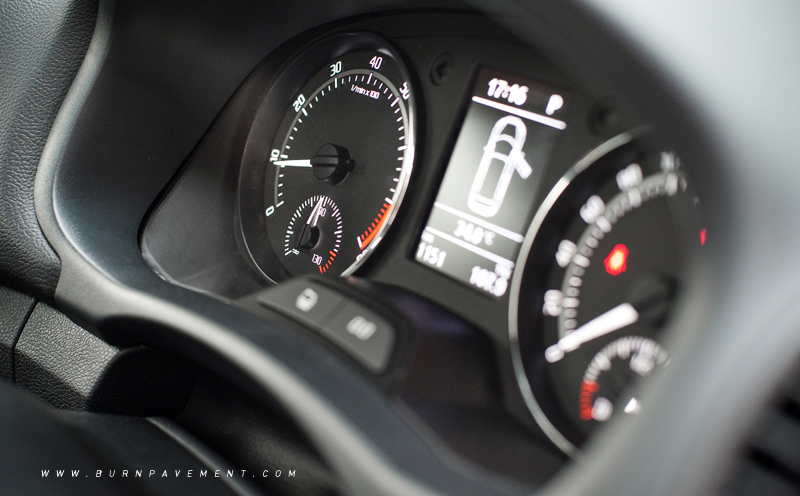 The Fabia RS is not a scorching hot-hatch. Instead, what Skoda is offering is a well-built, spacious hatchback with a zippy engine and some clever tech to keep the over zealous driver at bay. The hardcore driver in me will give this car the thumb down, but the practical got-kids-in-tow-but-wants-some-fun when-I'm-alone guy in me will give it two thumbs up! 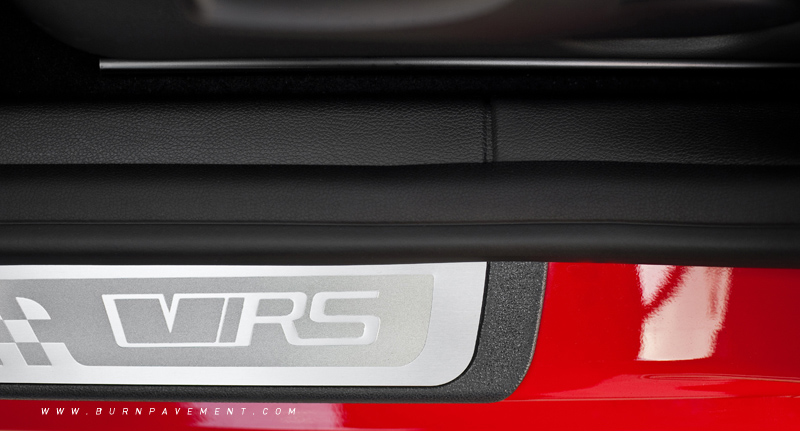 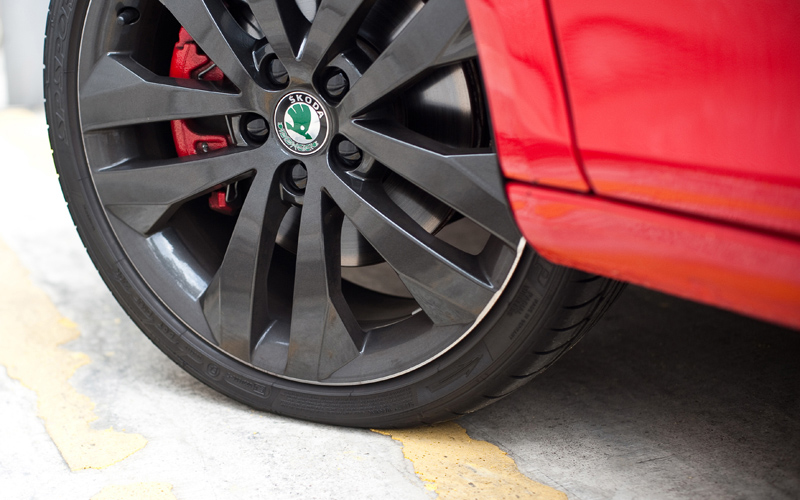 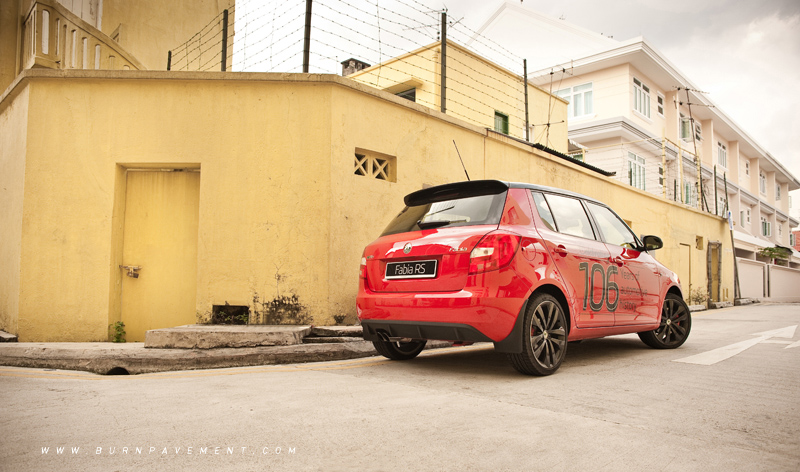