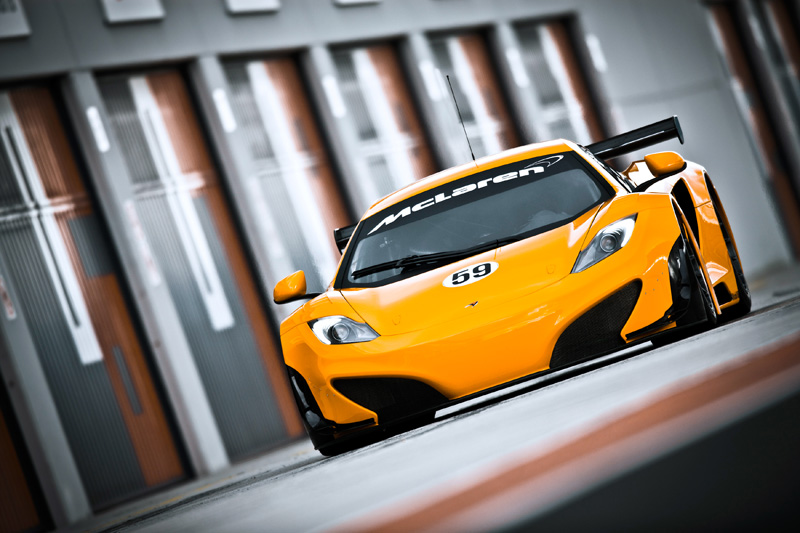 While the car is an engineering feat, Mclaren also unveiled a team and development programme that will keep its customers ahead.

Together, combining the expertise of McLaren Racing, McLaren Automotive and CRS Racing, Mclaren has unveiled its MP4-12C GT3 car and plans for a development programme. The new car will be the first car McLaren has built for the FIA GT series since the McLaren F1 GTR ended production in 1997. Based on the road-going MP4-12C, a team of engineers, designers and experienced Formula One and GT test drivers were involved in the development of this new car.

A new aerodynamics package produced entirely from carbon fibre has been developed by McLaren Racing in compliance with GT3 regulations, incorporating a new front splitter, door blade, rear wing, diffuser and louvres in the front fenders. 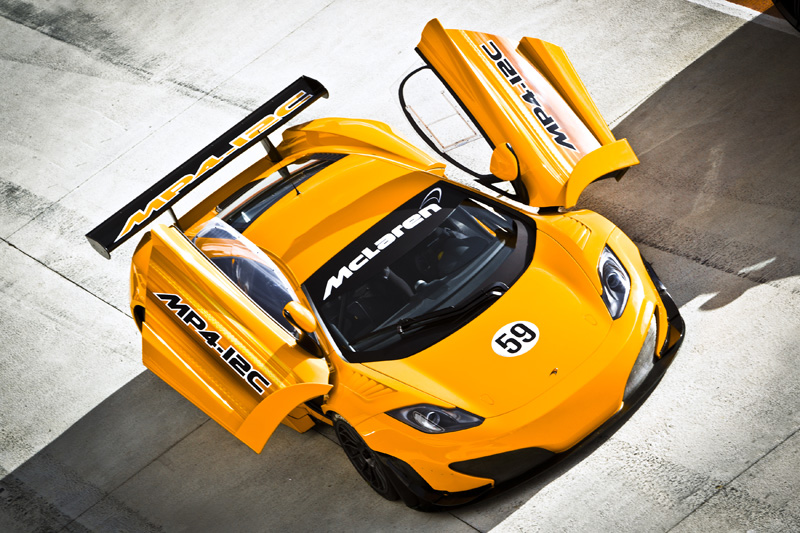 Under the skin, the 12C GT3 shares the same 75 kg MonoCell chassis as the 12C road car. With lightness as a priority, only carbon fibre is used in the chassis. The result is a dry weight of just 1,301 kg. The Formula One derived steering wheel features an integrated driver display, paddle shift and switches. 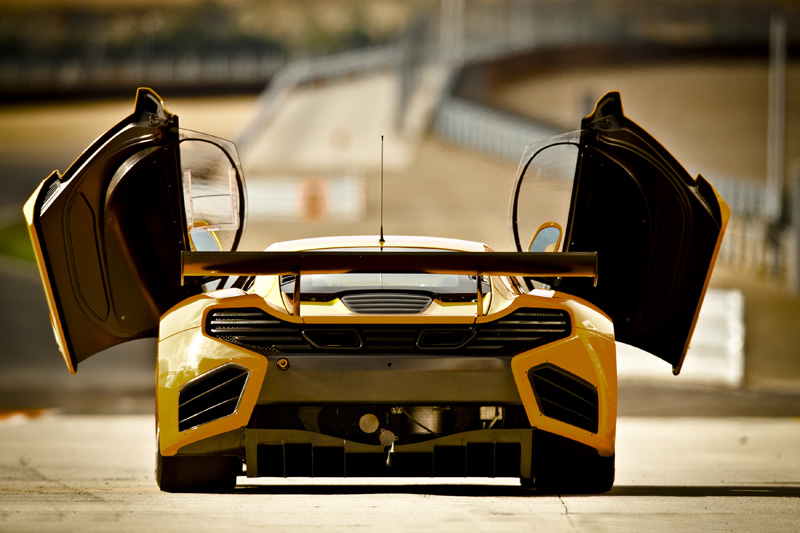 The 3.8 litre McLaren V8 twin turbo M838T engine makes its appearance again in the 12C GT3, albeit being de-tuned from 591 hp to 493 hp in order to provide optimum power. Power is shifted through a Ricado-developed six-speed sequential shift gearbox, which is 80 kg lighter than the Seamless Shift seven-speed gearbox used in the road car. 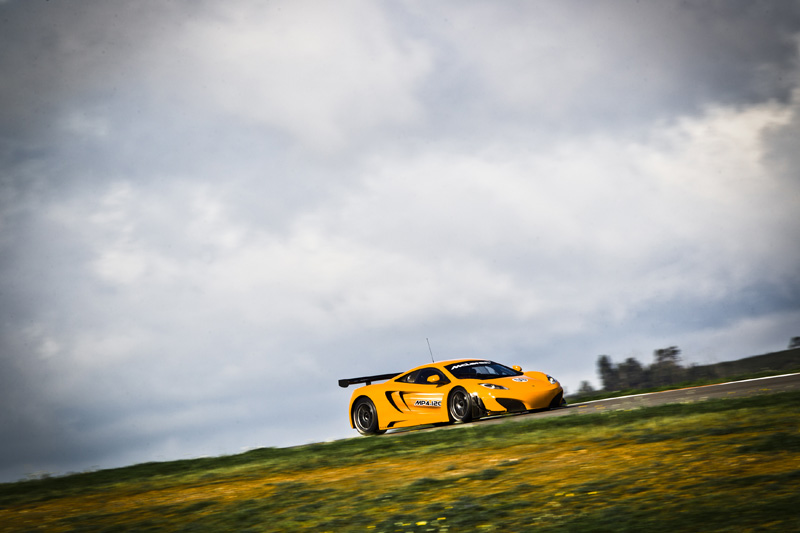 A new engine control unit is fitted to the 12C GT3. Called the TAG-400, it is a compact, self-contained engine management system and data logger, designed and built by McLaren Electronic Systems. The new racer also features a racing tuned suspension arrangement as well as Akebono brake callipers and special pads. 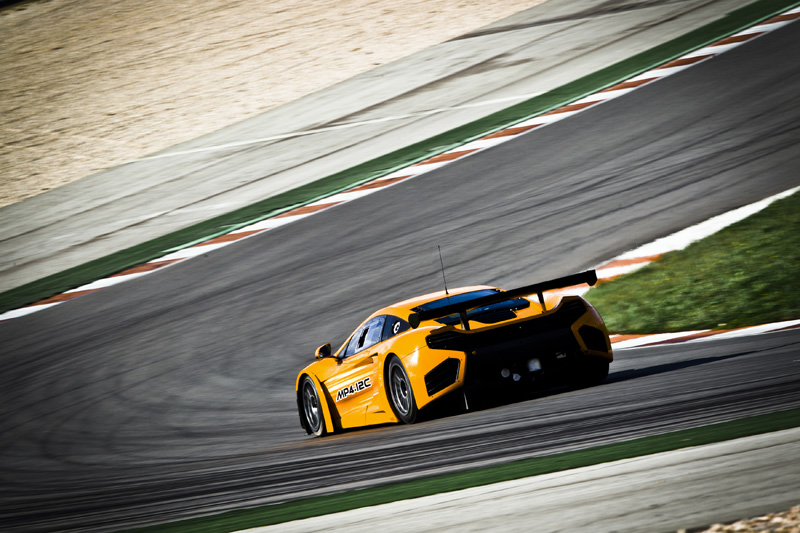 McLaren GT plans to race the new MP4-12C GT3 at this season’s Blancpain Endurance Series race at Spain’s Circuito de Navarra, followed by Magny-Cours in France and Silverstone in England. They also expect to enter the Total 24 Hours of Spa endurance race as part of the 12C GT3's development programme. Fans can also see the new car being driven at the UK-based Goodwood Festival of Speed in July. 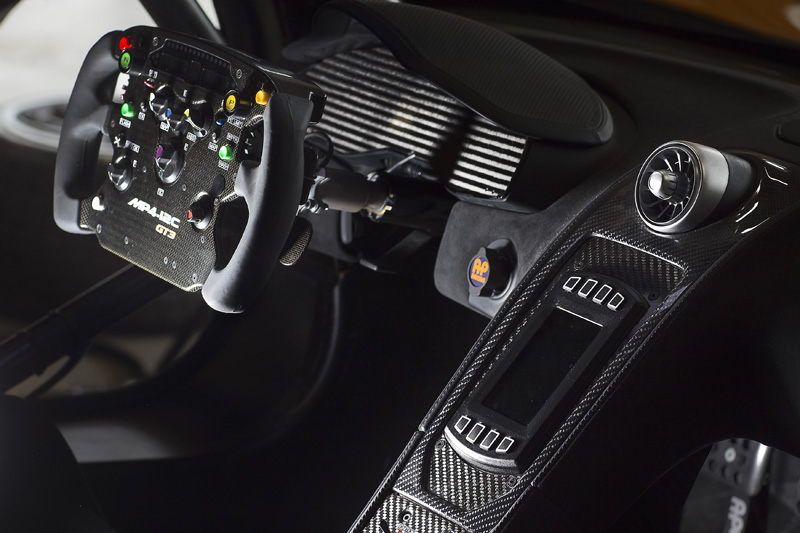 Martin Whitmarsh, McLaren Group Chief Executive Officer said: "This is the first step into GT3 racing for McLaren and we understand that our focus on quality must be consistent through design, development, technology, finish and customer service. I am proud of the relationship McLaren Racing has with sponsors and partners now and I look forward to extending this to customers of the new MP4-12C GT3."