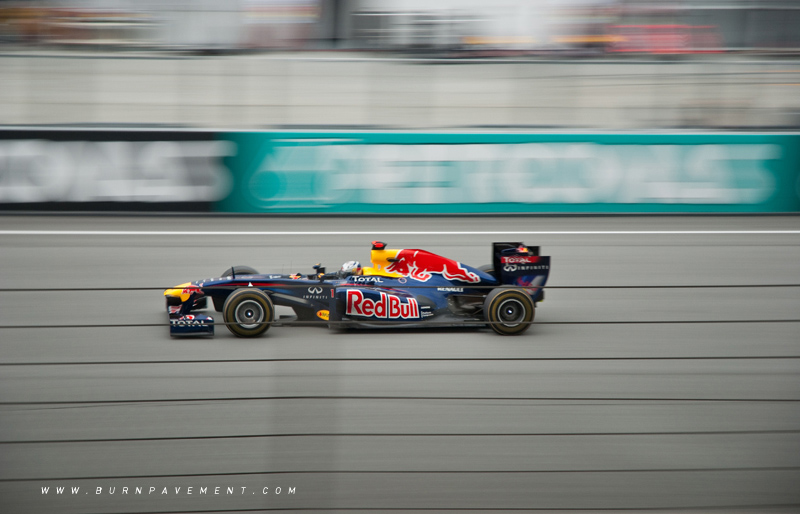 With shows, sales and parties, there is more to the 2011 Formula One Petronas Malaysia Grand Prix than the race itself.

Courtesy of the Malaysia Tourism Promotion Board, we were present at the Sepang International Circuit to soak in the adrenalin-charged atmosphere of a full-blown F1 race together with thousands of motor sports enthusiasts.

After Bernard Charles "Bernie" Ecclestone, the F1 Supremo, expressed his displeasure with the run-down state of the venue in 2009, the 14-year old circuit received many repairs and improvements to spruce up the venue. 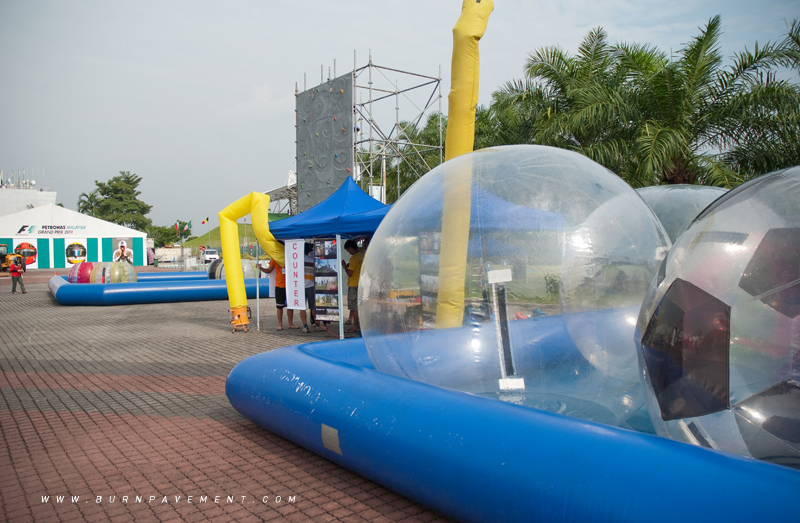 Throughout the race weekend, spectators were treated to an activity area on the race grounds that saw family-oriented fringe events such as human hamster balls, rock climbing, as well as Segway and recumbent bicycle rides. 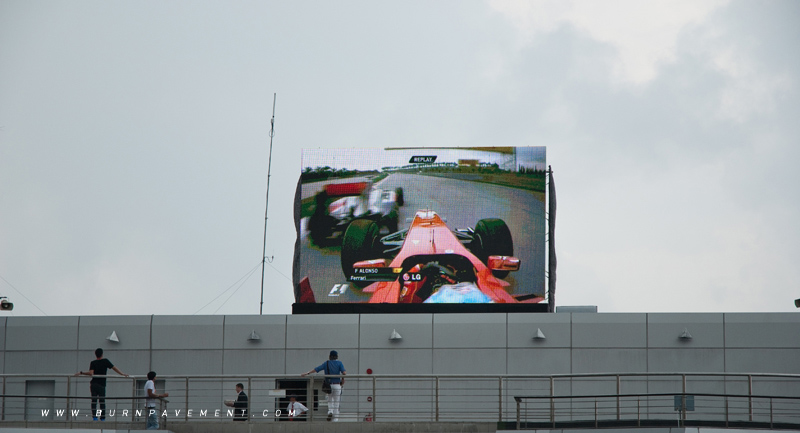 Screens installed on top of the pit building that faced the grand stands allowed spectators to follow the entire race. There were more mobile screens that are installed throughout the circuit, including the mall area where food and refreshments were sold. 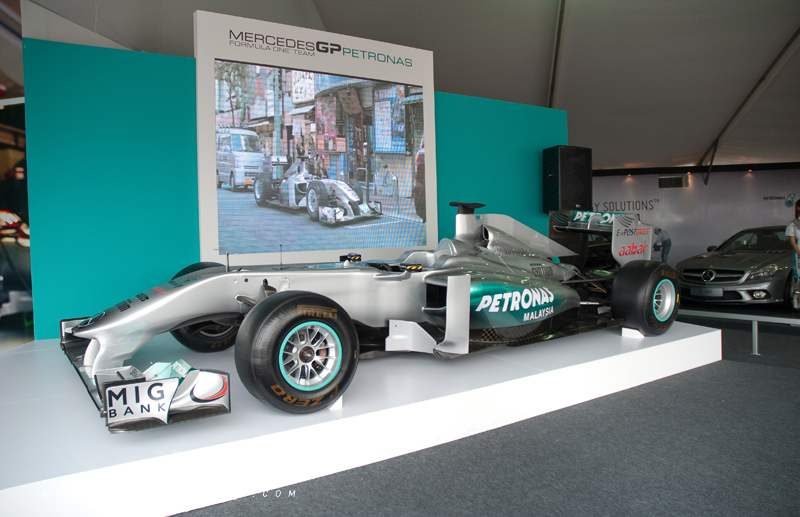 On the open ground behind the welcome centre, there was a small F1-themed exhibition. The Mercedes-Benz GP Petronas F1 car was on display in the Mercedes-Benz tent. A range of Mercedes-Benz cars joined the display and official team merchandise were on sale within the tent. 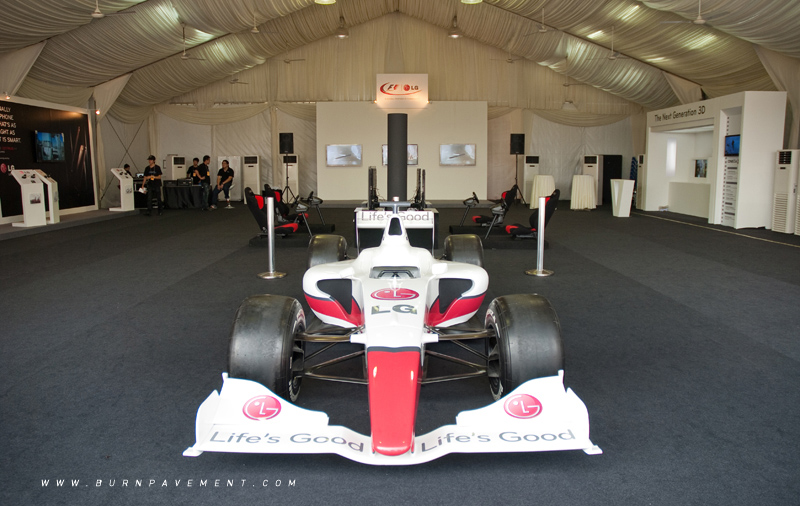 The LG booth featured another F1 car display, but it was also chock full with its latest products such as slim LED televisions and the Optimus 2X and Black smart phones. 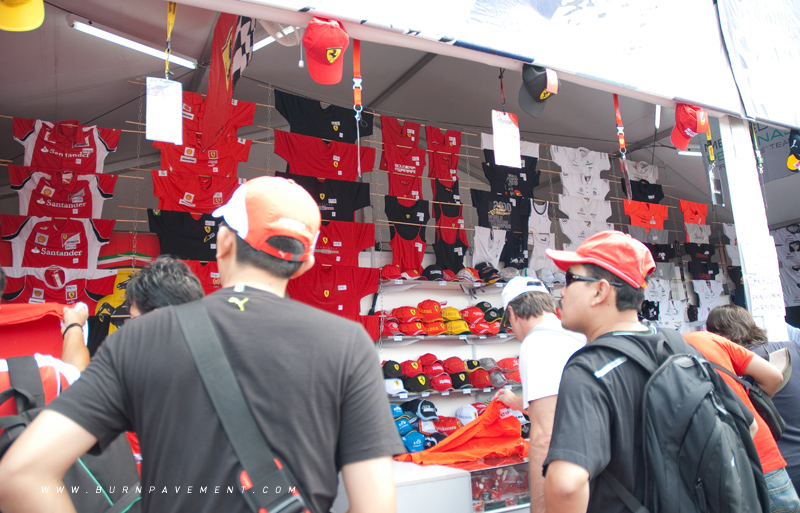 The rest of the stalls rounded up the carnival-like atmosphere. The official Formula One team merchandise booth sold all kinds of F1 memorabilia. Team booths from Red Bull Racing, Vodafone McLaren, Mercedes and Ferrari were present too. Malaysian Red Crescent Society members were on site, collecting donations to help victims of the tsunami and earthquakes in Japan. 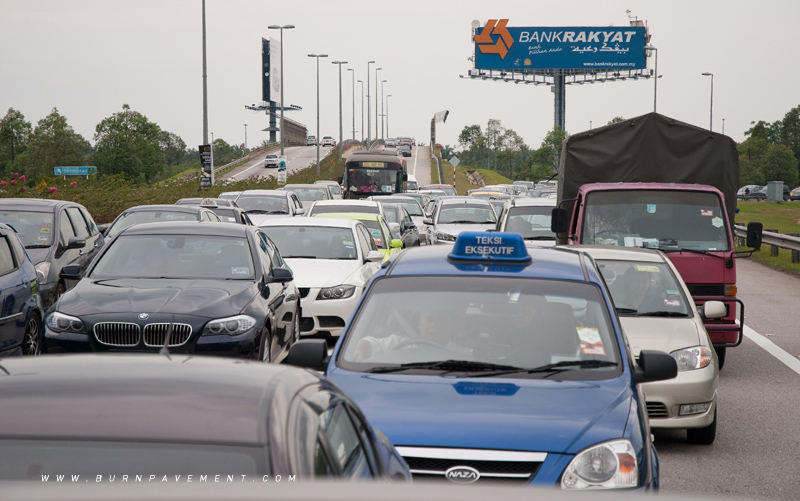 Couple all of that with the Malaysian Super Series supporting races and an F1 driver autograph session prior to the race on Sunday, did the 2011 Formula One Petronas Malaysia Grand Prix deliver the crowd numbers? A total of 105,018 people attended the three-day event with 65,008 spectators turning up on Sunday. With the counter flow traffic movement on the expressways, the traffic jam was significantly less serious than those in the past. 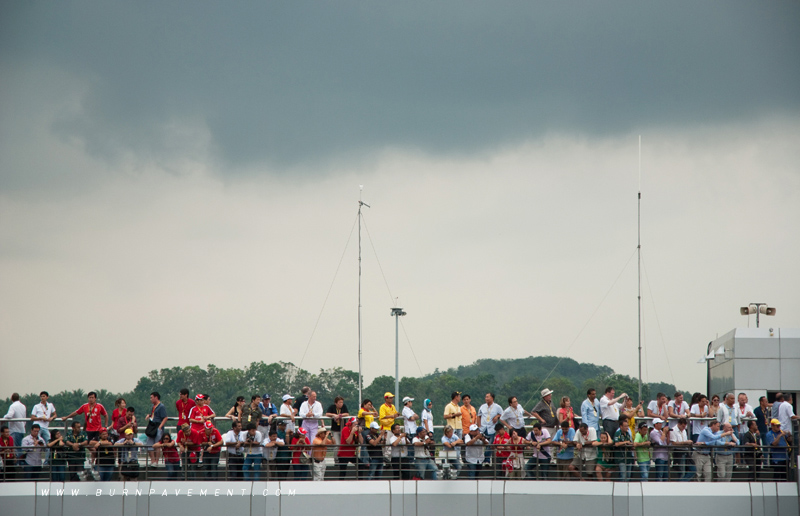 Dark clouds may loom over the future of Malaysia's F1 involvement, but it's easy to forget that F1 doesn't just generate money from ticket sales. It also helps to boost the tourism sector. In Kuala Lumpur itself, the city was bustling with Malaysian GP Sale shoppers, while party-goers were flocking to the numerous F1-themed concerts and activities. 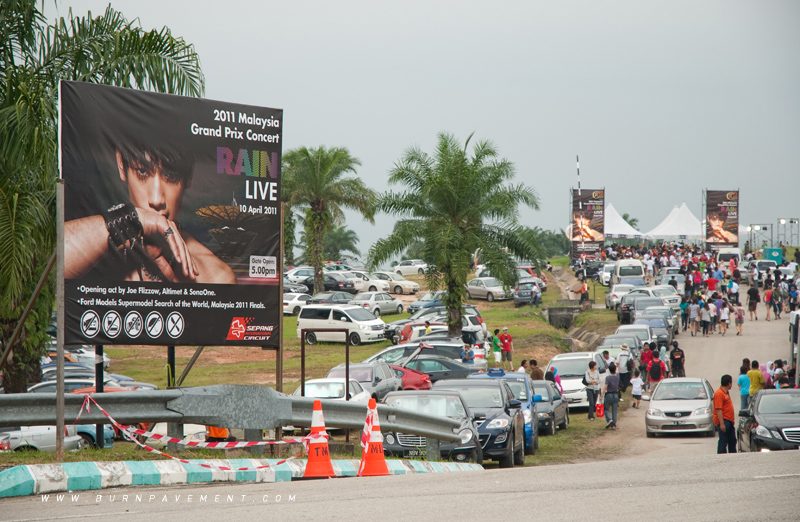 Weather-wise, it did not rain on this year's F1 race and we had to bear with the full force of the searing afternoon heat. We cooled off with this year's main entertainment draw, the Korean superstar Rain's after-race concert, held at the Sepang circuit helipad. We were glad that the whole Malaysian hospitality experience is nothing short of wonderful. 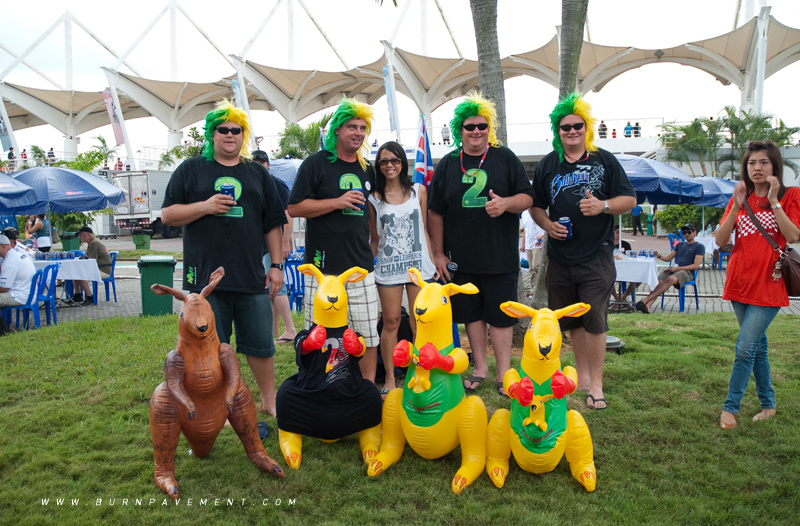