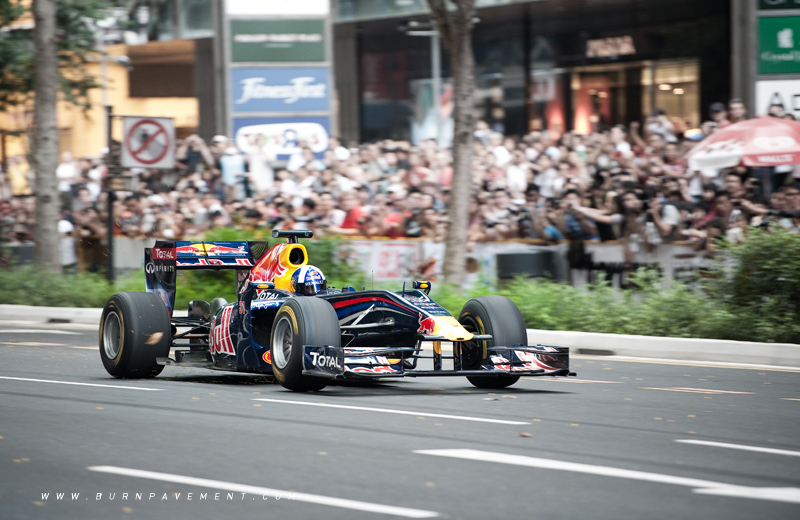 The Red Bull Speed Street Singapore roared into town after it's run in Kuala Lumpur earlier this month. David Coulthard piloted his Red Bull Racing (RBR) F1 car along Jalan Bukit Bintang, the main shopping street in Malaysia. The Singapore leg saw him blasting down Orchard Road between ION Orchard and Marriott Singapore in a showcase which lasted close to an hour.

This event is part of RBR's plan to bring F1 closer to the people by driving a real F1 car in locations that no one would dream of. It brings the F1 experience closer to the people, with RBR being one of the few teams that operate an independent show car team. They can offer spectators a once in a lifetime experience of the power of an F1 car up close. 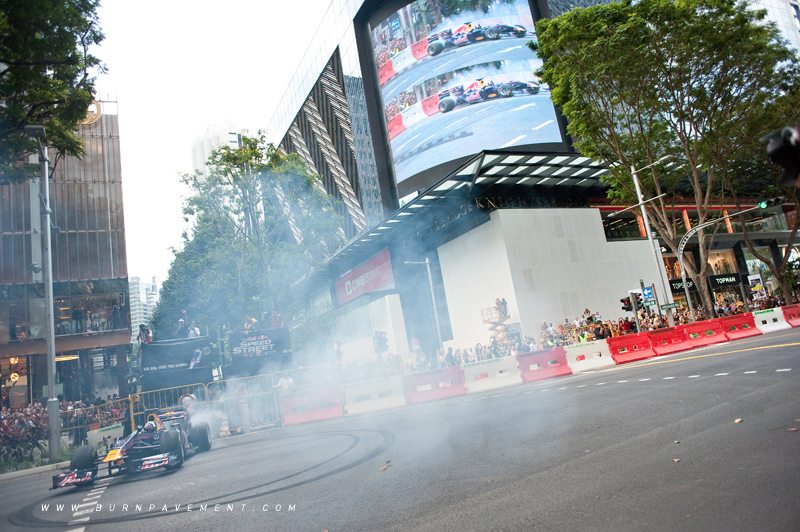 “I'm excited to do it! It's a real privilege to have that photograph in your album at home to say that I closed the whole street to drive a grand prix car and put on a little show,” said Coulthard. “Whenever we do these events in cities around the world, I don't take it lightly. It's also a real opportunity and responsibility to show Formula One in a good light. I'm a fan and I would like to influence other people to become fans of the sport.” 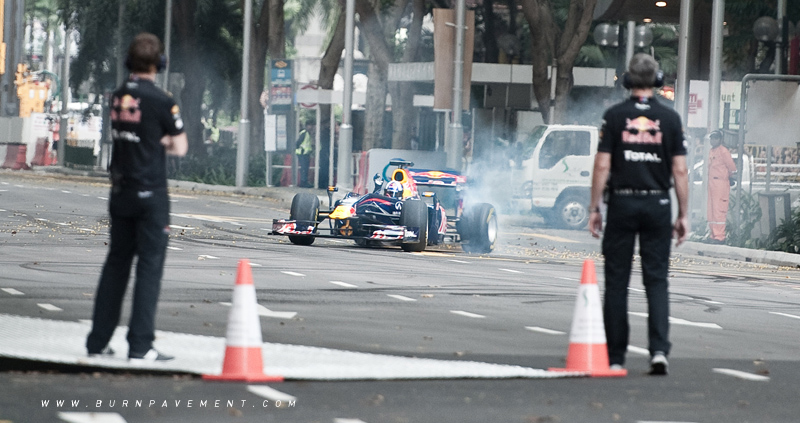 Despite moving onto touring car racing, Coulthard still prefers F1 cars. “It's a single seater and therefore very responsive. F1 cars have lots of technology and that was the pinnacle of my career,” he said. “Touring cars doesn't pretend to be Formula One, it's a different type of racing and challenge. I do enjoy the challenge and it's a good form of racing, but it has limited technology.” 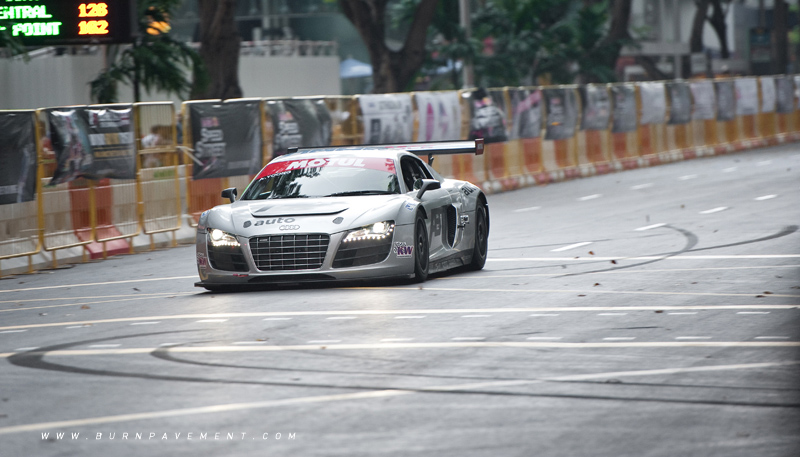 On Sunday, the public had a chance to witness Coulthard execute sprints, burnouts and donuts up close. The event featured three runs by the F1 car as well as an Audi R8 LMS driven by former Malaysian F1 driver Alex Yoong and a Renault Megane RS driven by professional French racing driver and stunt man Frederic Johais. The public also had a preview of the Infiniti FX37S SUV and the M37S sedan, both due to go on sale later this year. 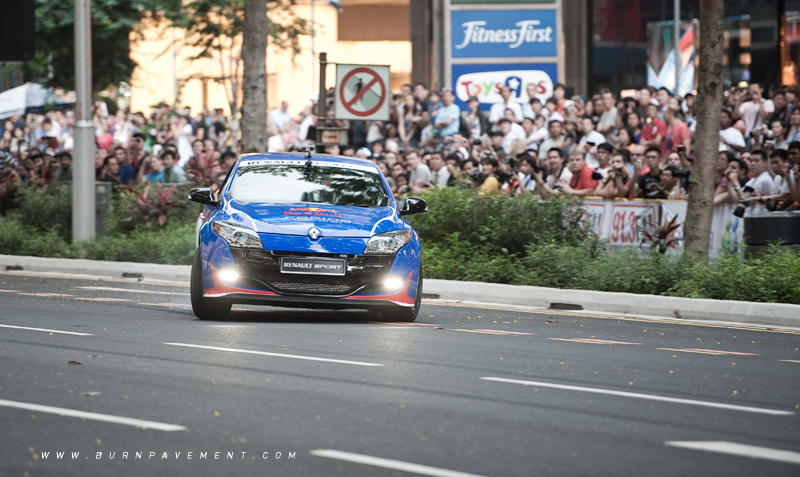 A series of pre-event activities were lined up in the run-up to the event, starting a week ago when the F1 car went on public display outside the entrance of the Singapore Marriott Hotel. There were also festivities to entice motor sports enthusiasts down to Ngee Ann City Civic Plaza, where the Red Bull Speed Street event was based. Visitors could pick up official RBR merchandise, as well as have an up-close look at the Audi R8 LMS and Renault cars on display. 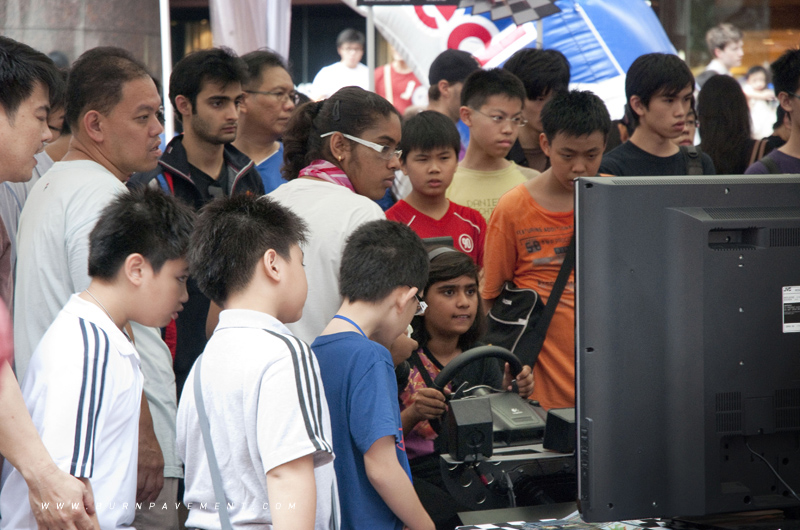 Fans could take their photos with the RB7 F1 race car, while Sony Computer Entertainment and Sony Singapore set up a gaming area that featured the Red Bull X2010 super car in the PS3 game, Gran Turismo 5. Other exhibitors included Casio, Geox as well as Canon which had a photo exhibition featuring past show car events around the world. 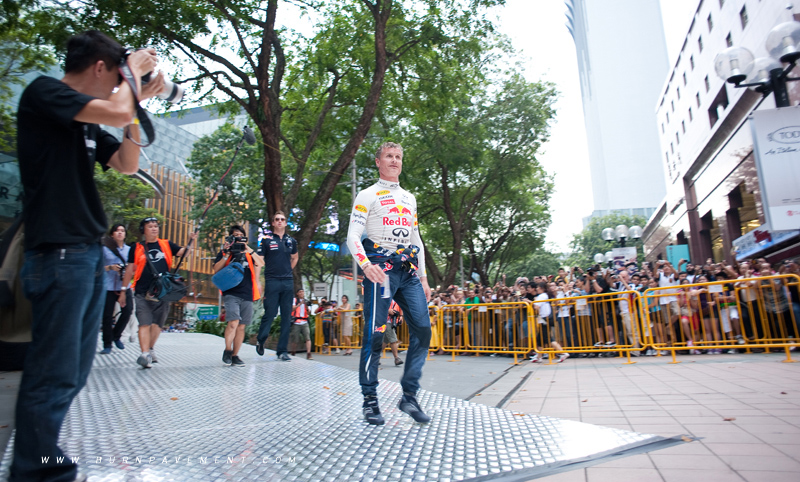 Coulthard was very pleased with the whole show. “The street was very smooth and suitable for the speed of the car. The turnout was impressive and I would definitely love to drive in Singapore again.” 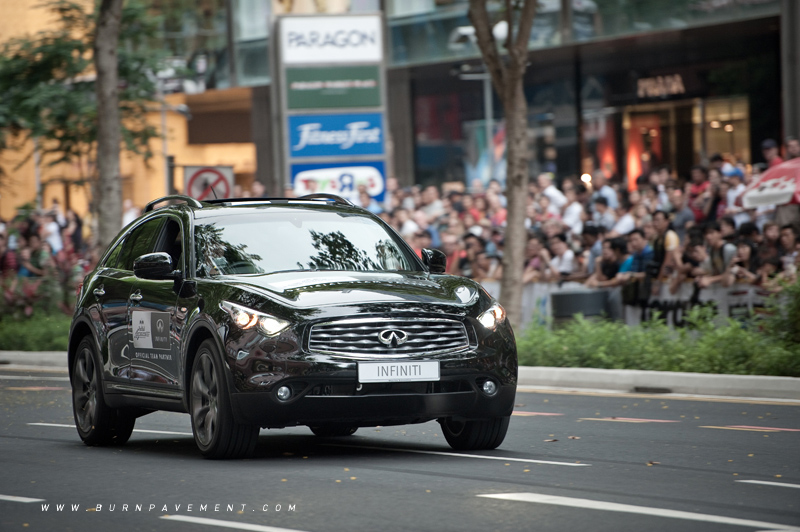 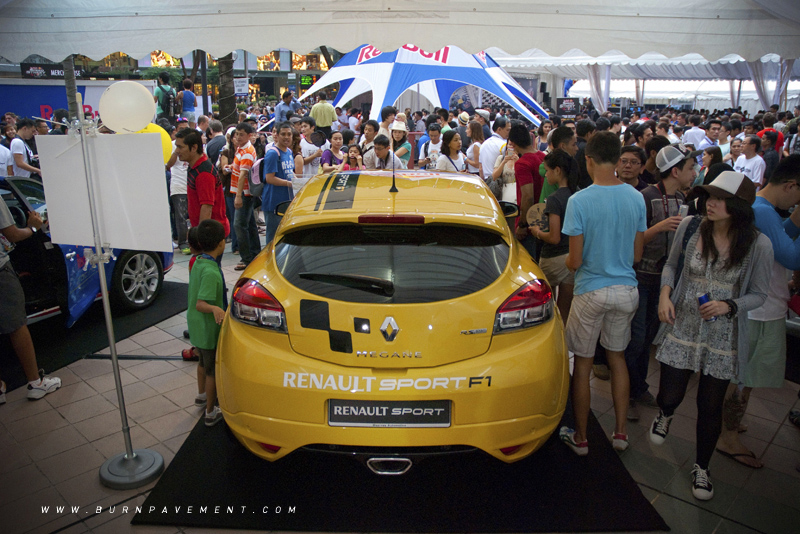 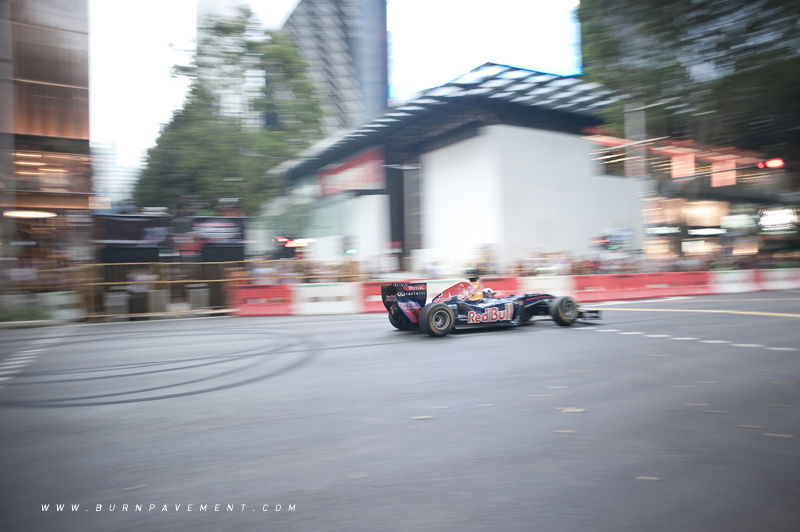