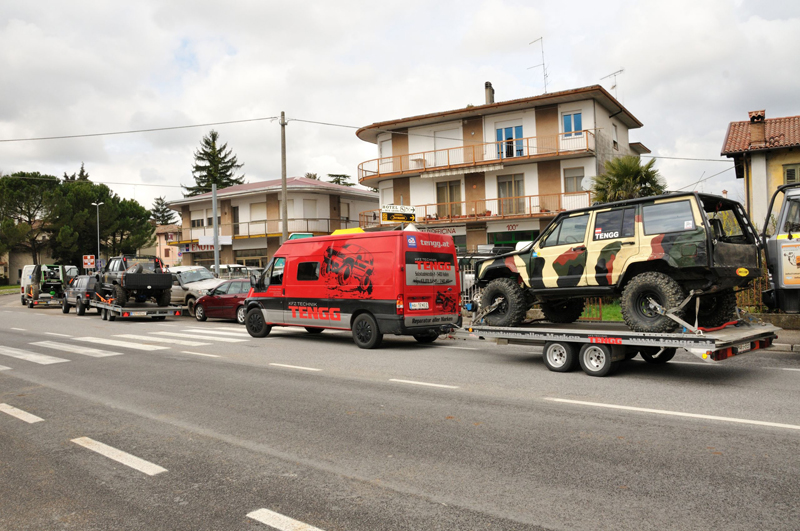 It was action all the way from the get go for 36 well prepared 4x4 off-road warriors from Slovenia, Austria, Belgium, Germany, France (Corsica) and different parts of Italy.

Coming in their impressively upgraded and modified Jeep, Toyota, Nissan, Suzuki and Land Rover SUVs amongst others, the weekend of 18th to 20th March was played out with full passion at the Rainforest Challenge (RFC) European Selections. Early Spring is still cold, but Italy took the lead in the RFC calendar to warm-up the for European 4x4 enthusiasts.

The host venue of Farra D’Isonzo (airport at Trieste) in North-East Italy facing the borders of Austria to the north and Slovenia in the east is a region renowned for some of Italy’s finest vineyards from the Gorizia province in the region of Friuli-Venezia-Giulia. The Isonzo river, over which the Romans built their stone bridges across, still bear testimony of the many battles fought between the Roman Legions and invaders to the empire (Goths, Ostrogoths, Lombards, Avari, Huns and Turks). 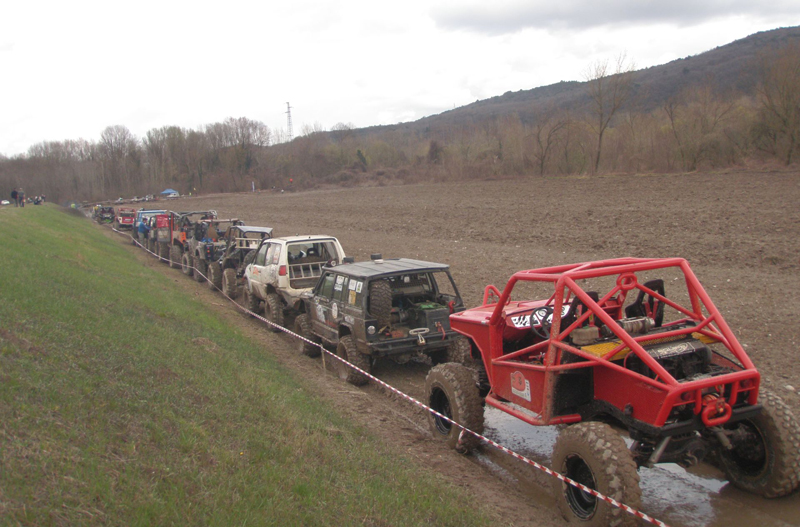 Fast forward to our modern era, the rugged countryside was transformed into battle zones, this time fought out by 4x4 warriors and their machines against the extreme terrain charted out by the organizer. “Apart from the undulating, soggy and muddy sections, this time we also added the hilly sections to simulate the conditions we have faced in the RFC in Malaysia,” commented Ales Plesnicar, the Event Director. “Everyone must learn how difficult it is to last 10 days in the RFC in mindset, skills and vehicle preparation, but in the end, it’s Mother Nature who rules supreme, so come well prepared,” added Patrick Slyvestri who together with Paolo Paoletti, Max, Merino (Vice President) and Titiano (President of GFI Alpe Adria Club) form the backbone of the organizing committee. The event was a good warm for the Europeans on the harsh realities of the RFC. 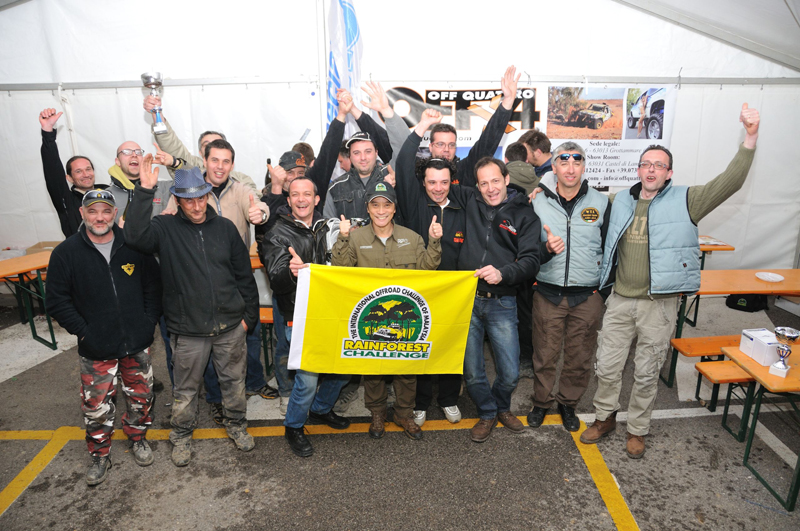 To remind everyone of the tough conditions in RFC, the organizer also had a welcome night show with photos, testimonies of ex-participants of the RFC and followed by the showing of video clips of RFC 2010 at the town hall of Farra D’Isonzo which was also attended by the Mayor, Alessandro Fabbro. It was also a time to pay tribute to Silvano Marchino, the veteran photo-journalist of RFC who passed away recently, as well as to Mauro Caporali of the famous red Jeep that somersaulted in the river in RFC 2003. Both Italians are dearly missed but never forgotten. 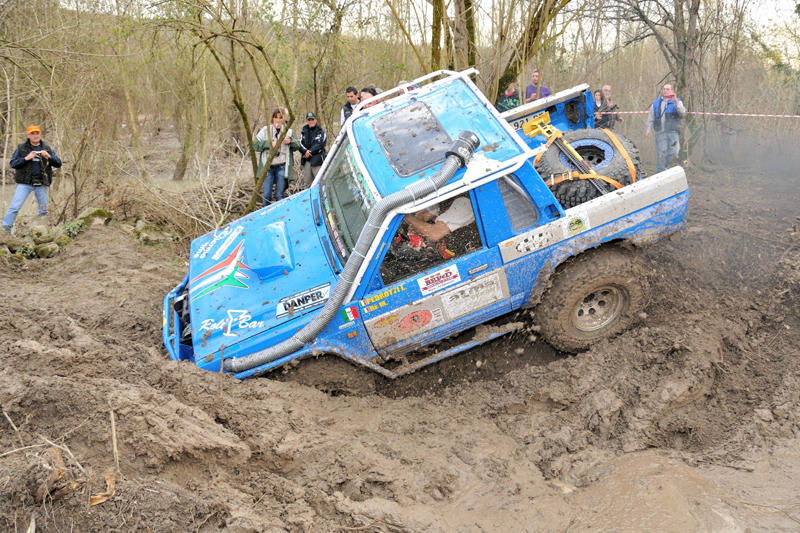 The Special Stages (SS) challenged the driving and recovery skills in the two classes of competitor teams (Modified and Special) to the maximum as they shake, rattled and rolled their machines. If the Friday Prologue SS was tough with mechanical problems and broken egos, the following two days were tougher for man and machine. On the second day, the action shifted to the banks of the Isonzo river and the hills of Farra. It was time for very technical maneuvers which required nerves of steel even from the most seasoned teams, but everyone was on full throttle with passion and played out the SS with true grit. 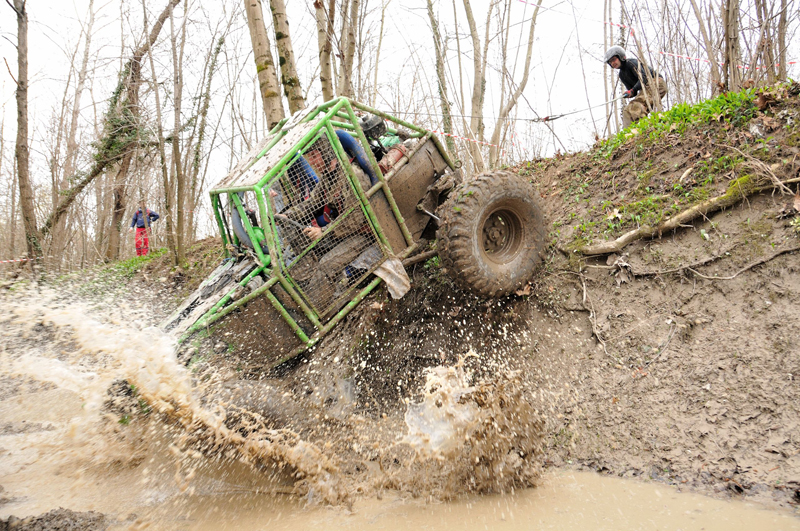 In times of great difficulty where the digger team could not reach in time, it was Team France (Corsica) who did the event proud with their readiness to assist in the recovery of some teams stuck in deep mud. Drawing out their winches, snatch blocks and swinging into action in the mud, they rescued those in distress even to the point of over straining their equipment. Filippi Costant and Cossu Francois eventually went on to win the Team Spirit Award for their noble deeds. 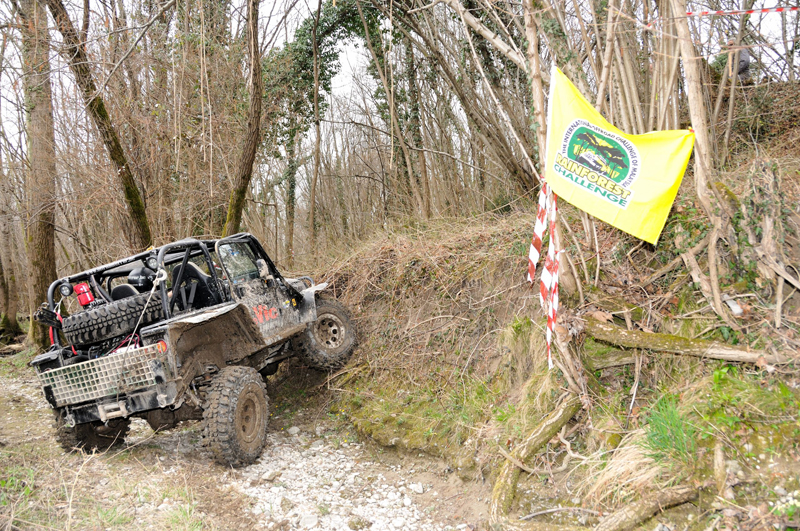 At the end of the three exhausting but satisfying days, everyone was a winner. From the participants that went through the rough and tumble of the nine special stages, to the organizers, sponsors and last but not the least Farra D’Isonzo itself; which benefited from the tourism revenue from spectators, support crew and teams. 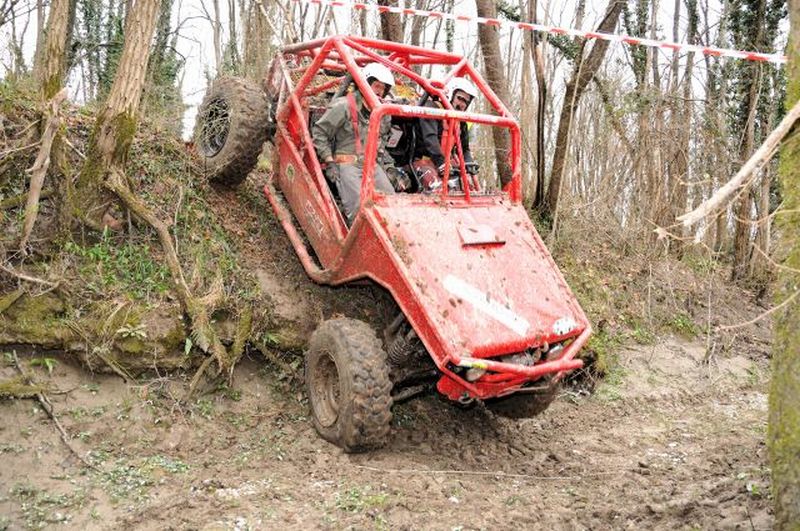 The Rainforest Challenge finale event will take place in Malaysia from 3 to 12 December 2011, but for those who have gone through this “Italian Job,” it was well worth test of will, machine and winch power. 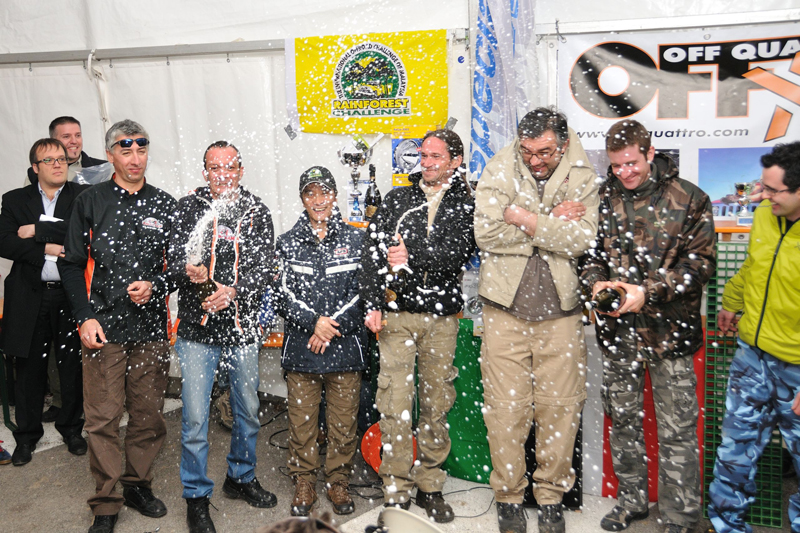 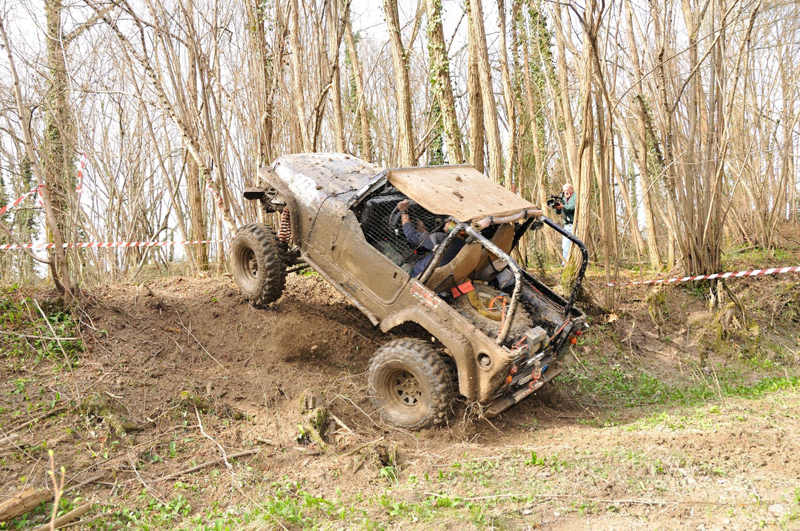