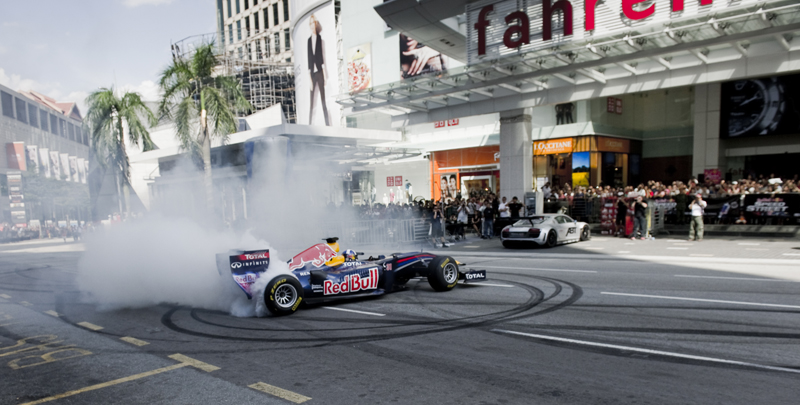 Formula One Is Coming To Orchard Road This April!

The public can now catch a first glimpse of the F1 show car outside the Singapore Marriott Hotel this weekend.

F1 fever is roaring into town early this year, as the highly anticipated Red Bull Speed Street Singapore show run will bring former Red Bull Racing driver David Coulthard to Singapore next weekend in a first-of-its-kind display of the terrific power of a Formula One car in Orchard Road. As part of the run-up to the event, the actual running show car which Coulthard will be driving will go on public display this weekend, outside the Singapore Marriott Hotel, until the evening of 22 April. Don't miss the show on the 24th of April 4-6pm.

The Red Bull Speed Street Singapore event comes hot on the heels of the similar named show run in Kuala Lumpur on 3 April, which saw Coulthard entertain a peak period shopping crowd along Jalan Bukit Bintang, the Malaysian capital’s main shopping street by giving a demonstration of the awesome power of a Formula One car against the unusual backdrop of mega malls and five star hotels. The Red Bull Speed Street Singapore show run will follow in a similar vein with the Scot racing down an 800 metres stretch of Orchard Road starting from the ION Orchard/Marriott Singapore in a showcase which will last about an hour. The public can expect manoeuvres such as short sprints, burnouts and donuts, which one won’t get to see often in actual Formula One races. The event will feature three runs by the Formula One car as well as two filler shows featuring the Audi R8 LMS driven by Malaysian former Formula One driver Alex Yoong. 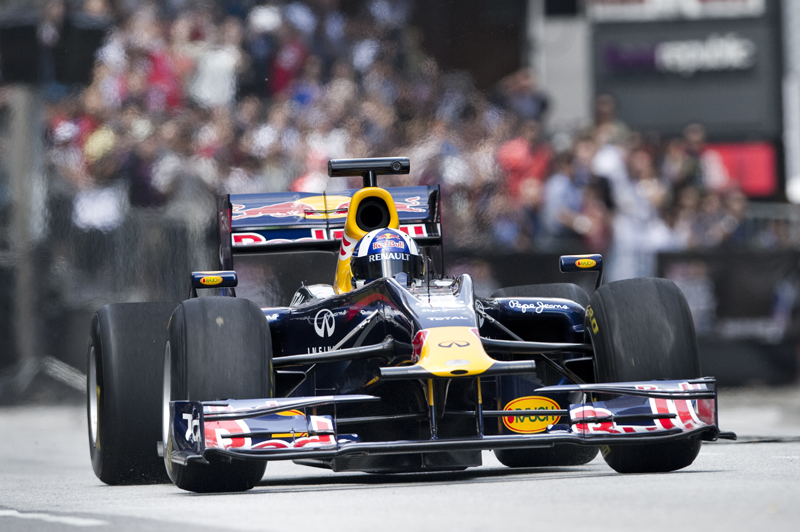 The Austrian energy drink company, which is fast gaining in popularity amongst Formula One aficionados thanks to the double championship winning feat of Red Bull Racing in 2010 and the perfect start to the 2011 campaign by world champion Sebastian Vettel, is expecting crowds upwards of 50,000 spectators to turn up for this show car event. On 22 April, motor sports enthusiasts can also expect the festivities to start at Ngee Ann City Civic Plaza, where the Red Bull Speed Street event will be based. One can expect Audi and Infiniti cars on display, as well as Red Bull Racing merchandise on sale, while Sony Computer Entertainment and Sony Singapore will be setting up a gaming area featuring the Red Bull X2010 super car in its PS3 game GT5 alongside four units of F1 simulators courtesy of Singapore GP, making the event a real motor racing extravaganza.