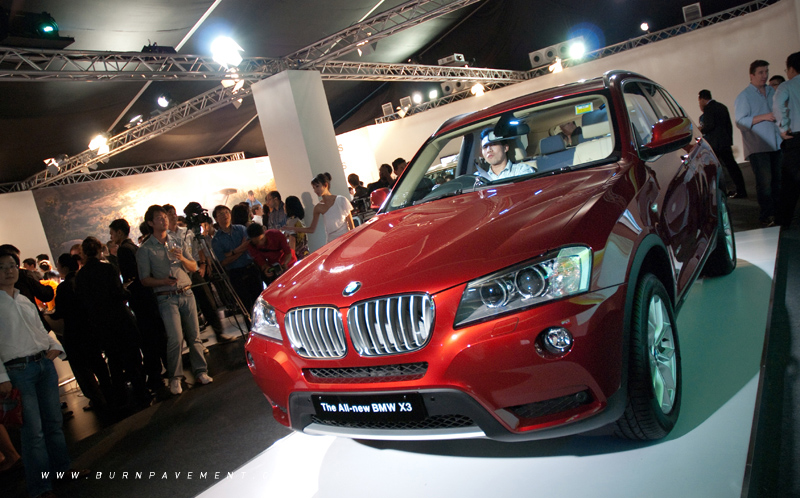 BMW claims that the new X3 is more agile, efficient and comfortable than the previous X3.

Hailed as a Sports Activity Vehicle (SAV), the second generation BMW X3 is based on the F25 platform is said to be a perfect combination of dynamics, style and versatility. The X3’s exterior borrows several elements from the smaller X1 and larger X5, while retaining a familiar silhouette.

The X3 is available in two variants, the xDrive28i and xDrive35i. While the straight six-cylinder petrol engine in the former features Valvetronic and Double-Vanos, the latter gets BMW's TwinPower Turbo, direct injection and Valvetronic technologies. As such, the xDrive35i produces 306bhp and 400Nm of torque while the xDrive28i generates 258bhp and 310Nm. 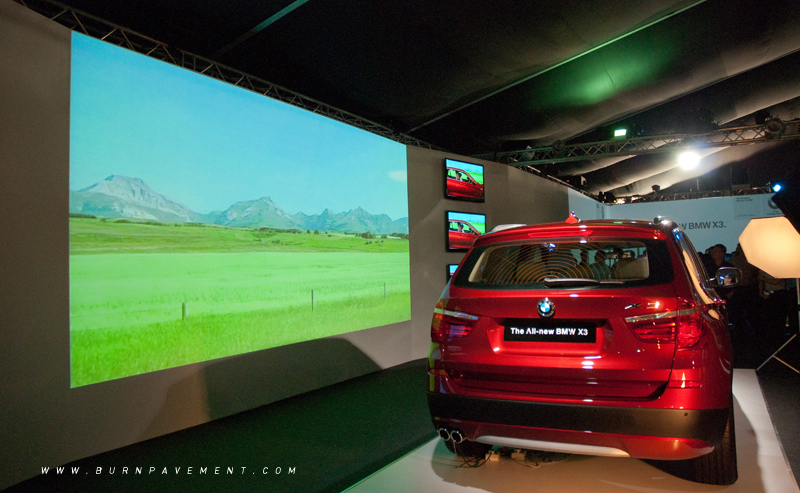 Both cars come equipped with an eight-speed automatic transmission, while the xDrive35i comes with sporty additions such as shift paddles on the steering wheel. It also has an Auto Start Stop function, where the engine is automatically switched off when stopping at road junctions or in traffic jams. Both of the variants also feature more fuel-saving technologies such as brake energy regeneration and EPS (Electric Power Steering). 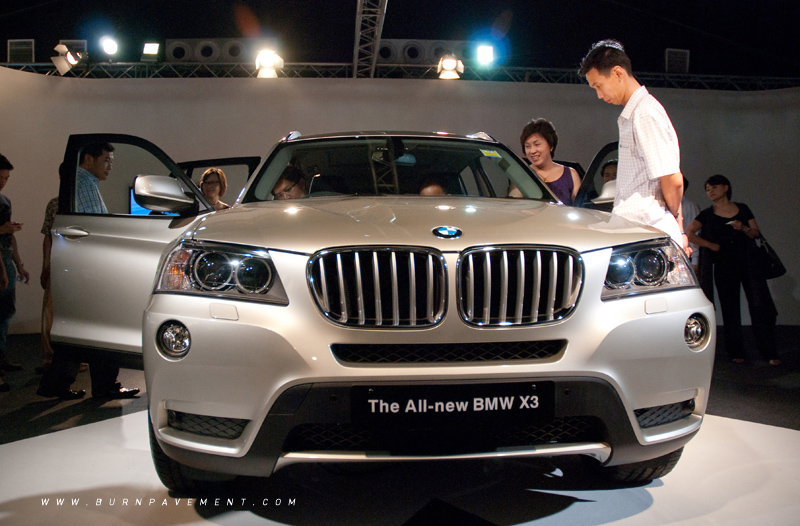 There's also a new and completely redeveloped suspension - a double-joint spring-strut axle at the front and a five-link rear axle. The power steering system includes the Servotronic function for speed-dependent power steering and is said to significantly improve steering precision. 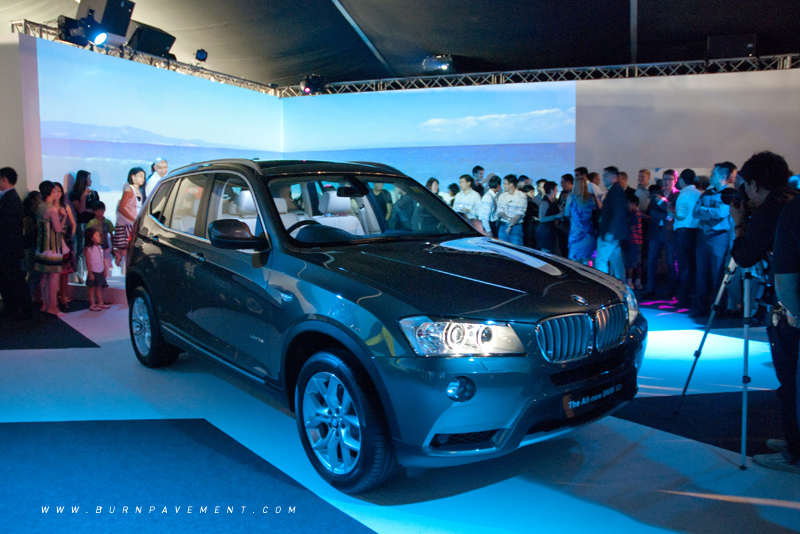 Both SAVs come with xDrive, a permanent four-wheel drive system which is linked to the Dynamic Stability Control (DSC). The systems works to overcome oversteer or understeer and optimize traction levels, as well as improve handling in the corners. 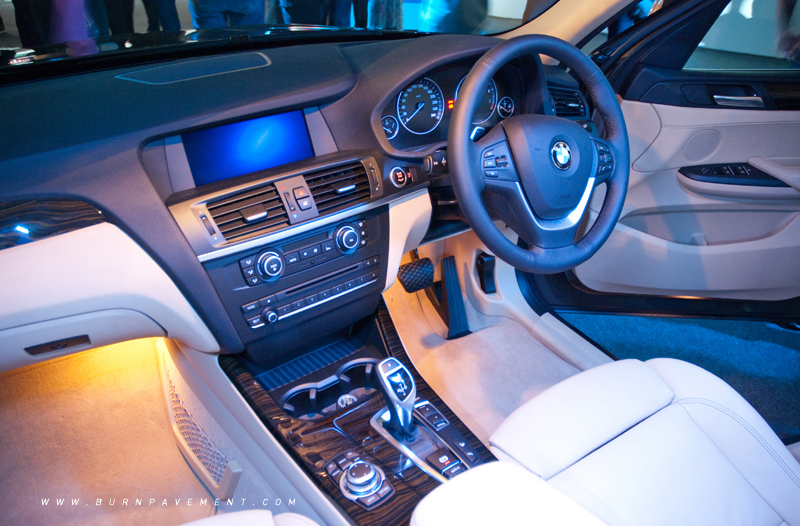 Inside, there is a slew of compartments, trays and cup holders. BMW claims that the new X3 has a class-leading 1,600 litres worth of luggage space with the rear seats folded down. At the same time, the interior has been given a once-over with a new asymmetrically designed centre console, dashboard and a more modern and luxurious feel to it. 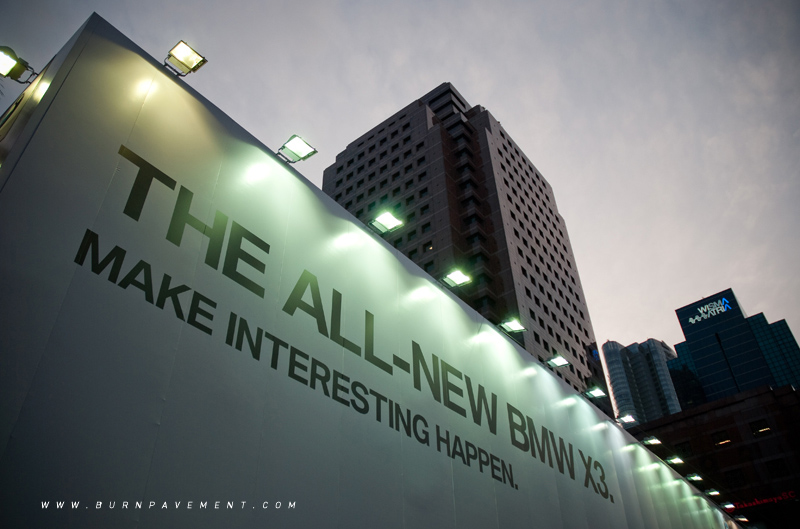 Related Articles
We go off-road with the new Volkswagen Tiguan BY Marcus Lim
The Mercedes-EQ EQA is the gateway to the electric age BY Marcus Lim
Fiat is back in Singapore! BY Marcus Lim
Adapted & Electrified | Mercedes-Benz EQC 400 BY Marcus Lim
iX3 is the icing atop BMW Group Asia’s 7-year electrification cake BY Vivek Max R