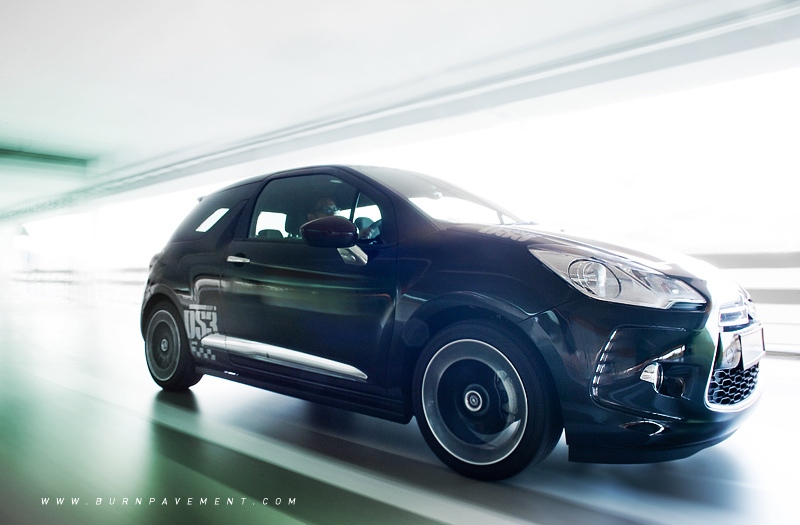 The DS3 is more than just a new car, it's also the first in a new line of DS models after the original DS went out of production nearly 40 years ago.

We are supposed to approach cars with an open mind, but we weren't impressed with Citroens in the 90's. While the hydro-pneumatic self-levelling suspension was a big head turner, the rest of the car didn't match the brilliance of the technology under it.

Things got really interesting when the C-series were introduced. Not only were they interesting to look at on the outside, things got funky on the inside. So what happens when Citroen takes the C3 and creates a new hot hatch? 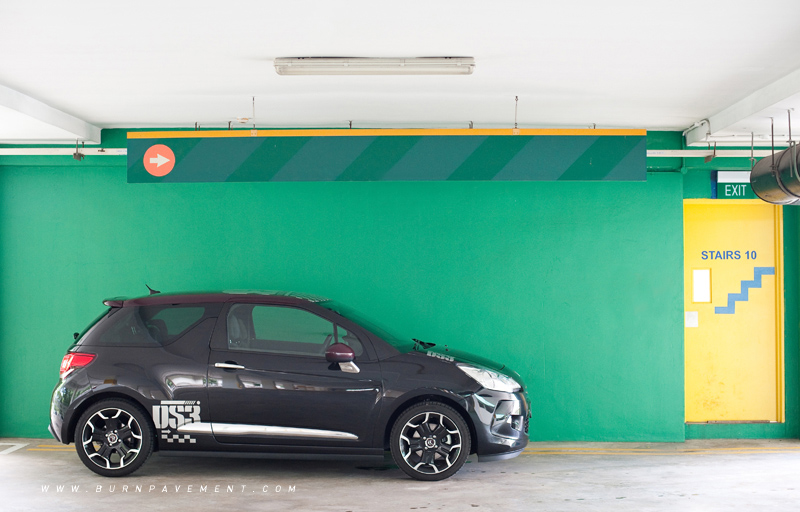 Forget retro, the Citroen DS3 hates retro (even though the DS badge was borrowed from the past). No over-sized dials, “cute” looks and cheesy details. Big and mean alloy wheels, daytime running LED lights, a B-pillar that looks like a shark fin, a factory-fitted rear spoiler, a huge grille that shows off the radiator and intercooler — it's as aggressive as a carnivore baring its canines. 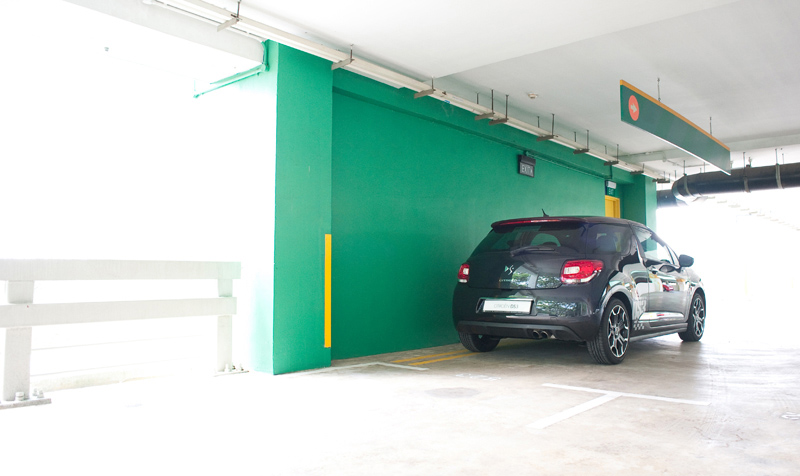 Most cars will give you a choice of paint. The DS3 however, you can mix and match, with seven colours for the body and roof. You have a choice of roof graphics, dashboard and upholstery finishes, chrome trims. Even the colour of the wheel caps can be specified. Our test car was black, with a Carmen Red roof and wheel caps. On the inside, the carbo-tech dash finish looks racy and fantastic, although we felt the interior would feel more exciting if there were more colours to liven things up. 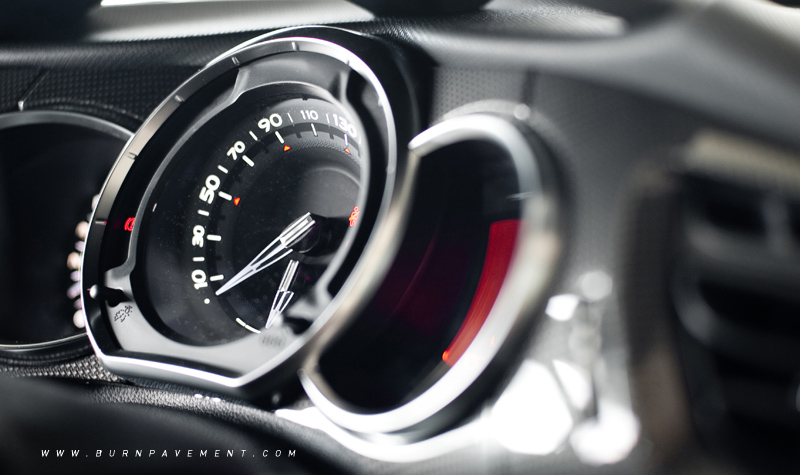 That doesn't mean it's all dull and drab. Just looking at the dials, not only do they resemble the face of a chronometer, they even have their own tasteful styling details. There's also good amount of occupant space up front, though things are a little cramped in the back - two's great company but three is however a little over-crowded. Fit-and-finish wise the DS3 is a little behind the Japanese and Germans, but it's very good, even compared to the rivals. 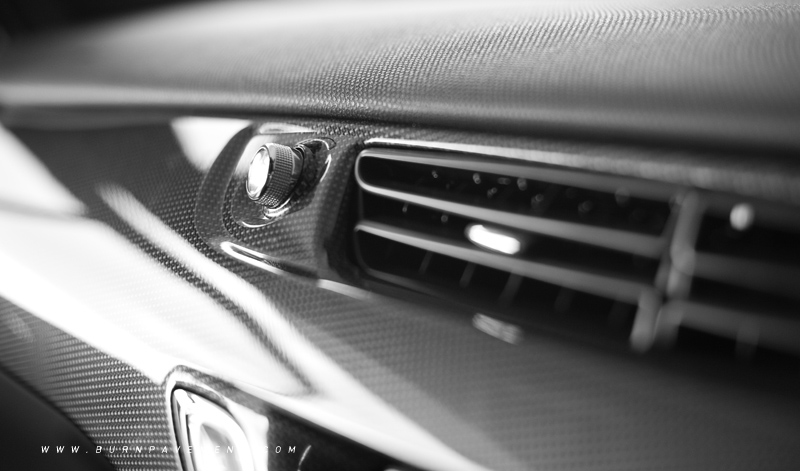 This being a Citroen, we expected to see weird stuff in true DS fashion. Instead of having a Citroen badge, the steering wheel has a DS in it's place, seemingly there to remind you that this is no ordinary Citroen. Then there's a knob next to the fancy looking center vents that controls the amount of aroma that's being blown out. And while the fabric seats may look out of place compared to leather ones, they're great at hugging the humans through the corners. 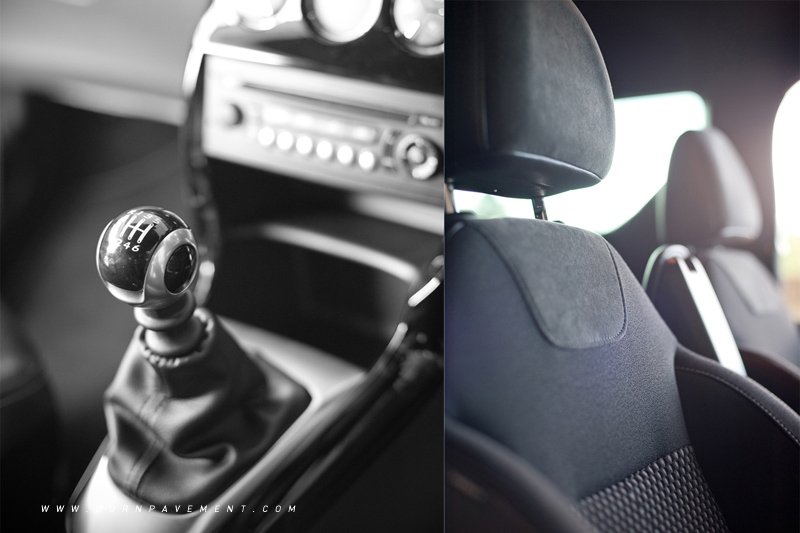 There's also a choice of petrol engines too, a 120 or 156hp Turbo High Pressure (THP). Our THP though not a fire-breather nor a tyre-burner, it is still a quick car. The 120hp version comes with a four speed slush box, but we find a traditional manual gearbox with six speeds in the THP. Depending on how fast you are, the DS3 goes from 0-100km/h in roughly 7.3 seconds. On the expressways, the engine's low-rev-grunt delivery meant that we could stick it in sixth gear, yet have enough pulling power for gentle overtaking manoeuvres. 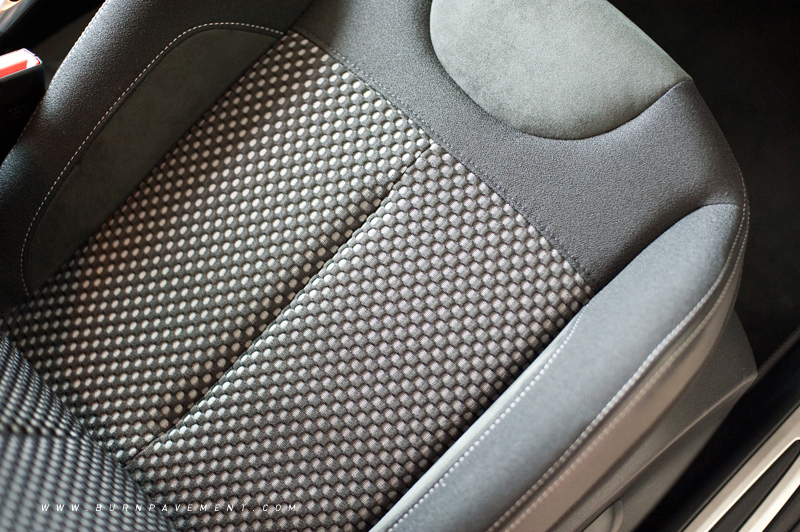 It didn't take long to realize that the pedals feel odd. The clutch pedal is the closest to you, while the accelerator is the furthest. Also, they're quite far apart from each other which makes heel-toe braking a little tricky. While the clutch pedal feels rather heavy and vague, the brake and accelerator feel light and respond well to inputs. Shifting gears through that meaty, yet precise shifter is a rewarding sensation, and there's very little torque steer. The gear ratios seem to wring out the best from the engine as well, which is a match made in heaven. 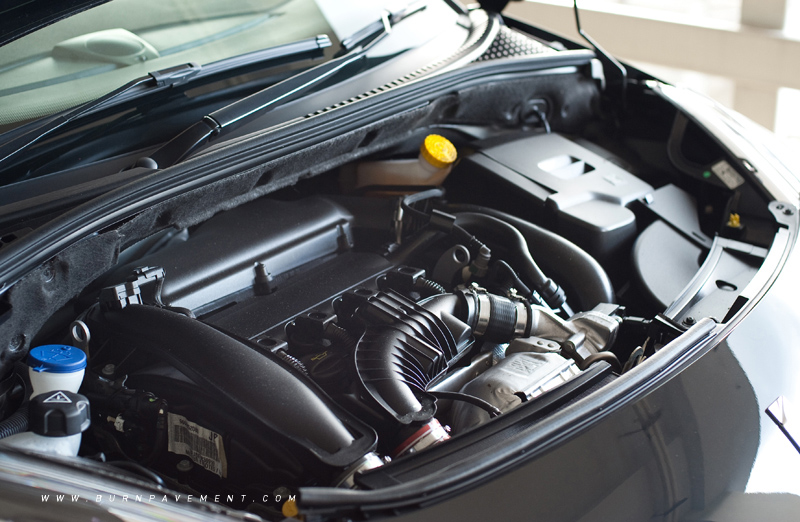 It's also a good time to point out that the THP's engine is identical to the engine found in the Mini. However, that's where the similarities between the Mini and the DS3 ends. While a hot hatch should deliver sharp handling, the DS3 doesn't quite feel like it handles on rails. There's a fair bit of body roll through the corners and the ride is relatively soft. 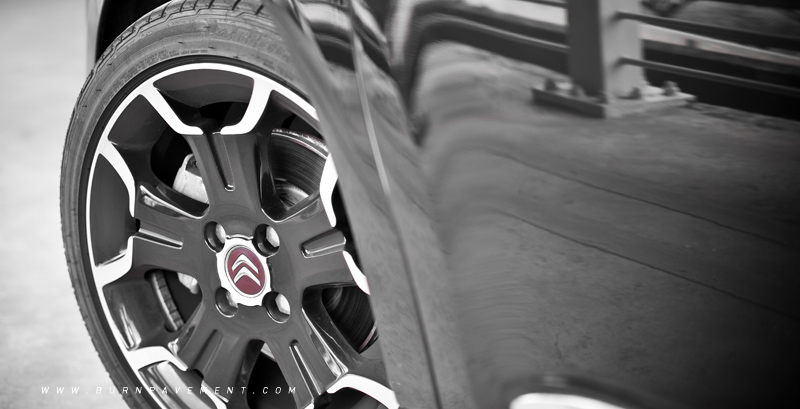 The Bridgestone Potenza tyres that Citroen selected for the DS3 are wonderful in the dry. There's heaps of confidence-building traction in the dry, be it under heavy braking or spirited cornering. In the wet though, it starts to feel twitchy at times. Also despite it's low profile nature, these tyres don't seem to crash and judder over any pothole we ran over. 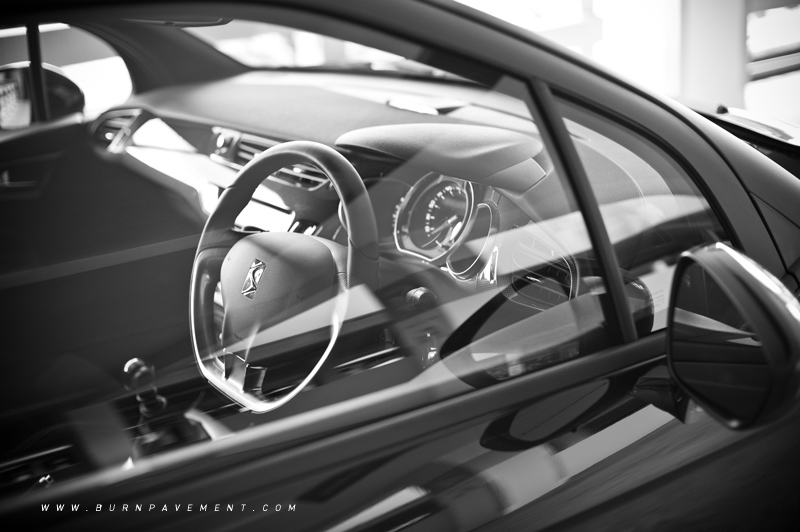 But looking at things from the other way, though the steering is not really that communicative, it is still precise and well weighted. While the DS3 may pitch and roll about a little excessively if you're pushing it, the trade-off is that you'll be enjoying a comfortable ride when all you want to do is to cruise from point A to B. We definitely do like the overall feel of the DS3 on the roads: A good compromise between an outrageously bumpy sporty ride and a soft bed of fluffy feathers. Most importantly, the presence of a manual gearbox does bring the fun back into driving! 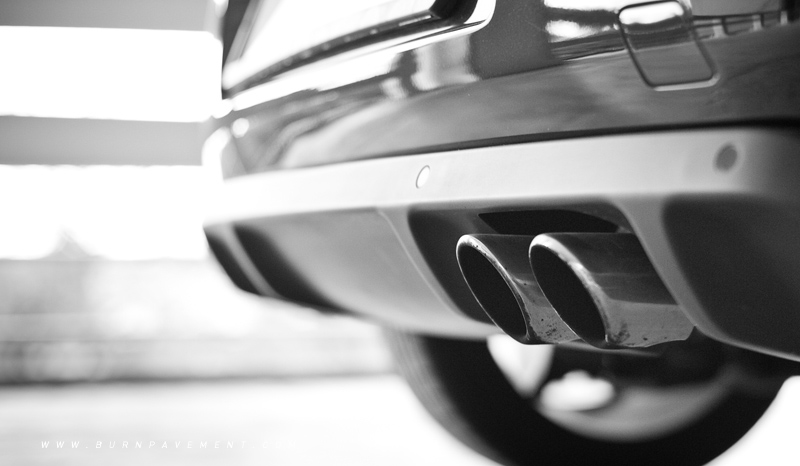 Throughout our entire test drive, we noticed that there was also very little intrusive noise in the cabin, which can be easily drowned out by talking or playing some music. Can this mean that Citroen has caught up with the fastidious Japanese and serious Germans when it comes to reliability? Considering that it has a Mini engine and everything feels so tightly put together, we're positive that the horror days of questionable build quality is over. 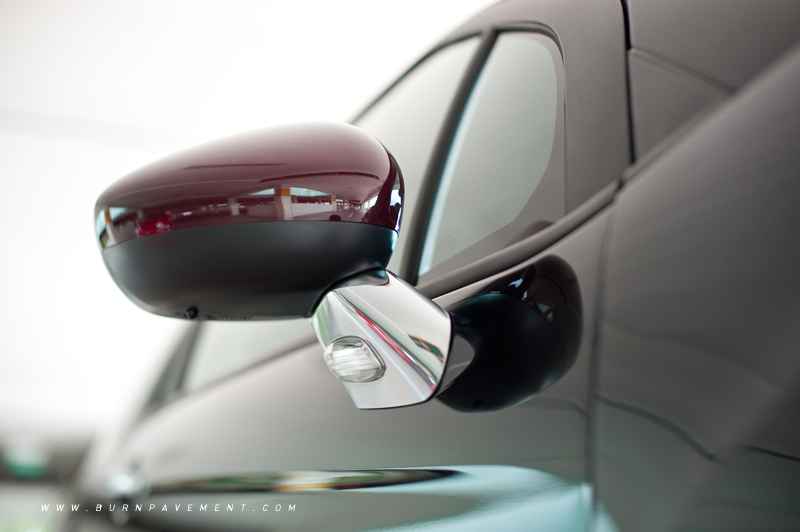 The Citroen DS3 is one of unique choices you have on the market today. It rejuvenated our joy of shifting gears with sticks and pure muscle instead of souless automatics. The DS3 is indeed a sporty car that doesn't break your back over every bump and comes with a generous boot for everyday usability. It feels like a quality product. Compared to the competition, the DS3 might not accelerate as fast, corner as level or have the biggest load space. However, having the best compromise of practicality, driving fun and funky design makes the DS3, one of the best hatches we've come across. Bonne voiture!