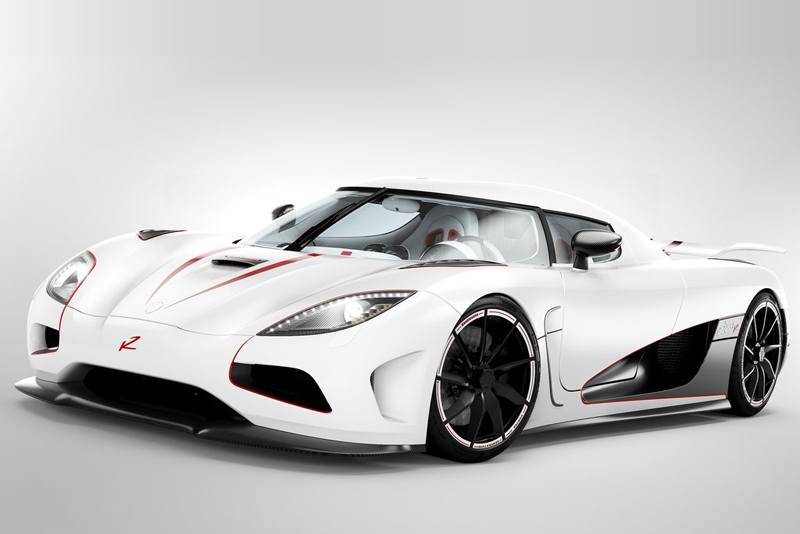 In 2010 Koenigsegg presented a pre-production version of the car. Since then the pre-production car and several test mules have continued the Agera development program. The Agera is created to take the Koenigsegg experience to the next level both on the road and the track, still maintaining the largest luggage space in the industry in combination with the unique Koenigsegg door system and detachable/stow-able hardtop.

Koenigsegg differs from other low volume hypercar manufacturers by the fact that Koenigsegg develops and produces its own engine in-house. Not only are the engines developed in-house, they are one of the lightest and most compact hypercar engines in the world, weighing only 197 kg complete with flywheel, clutch, dry sump system, Inconel exhaust manifold with turbo. 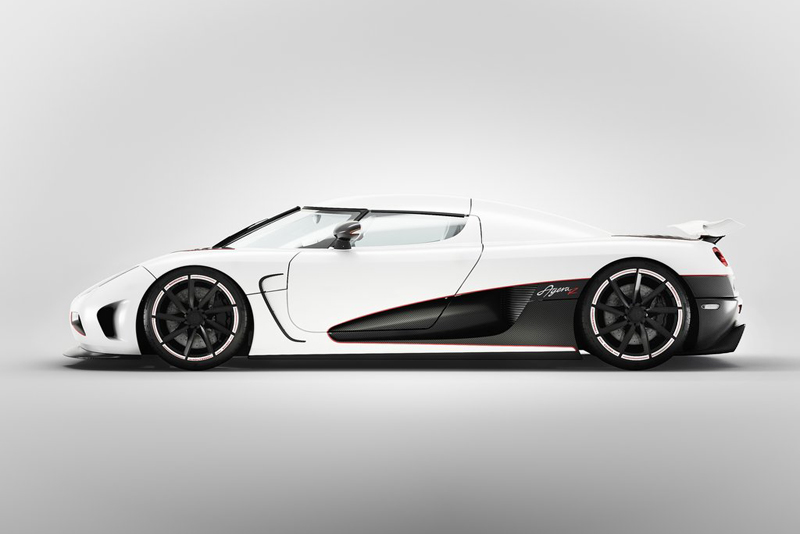 With class leading power and torque characteristics, the Koenigsegg 5 litre V8 bi-turbo engine develops more than 900 hp on 95 octane regular fuel, and more than 1100 hp on E85 bio fuel. The Agera produces over 1000 Nm of torque from 2500 rpm and in the Koenigsegg Agera R format the engine has a peak torque of 1200 Nm over a 3300 rpm rev range! 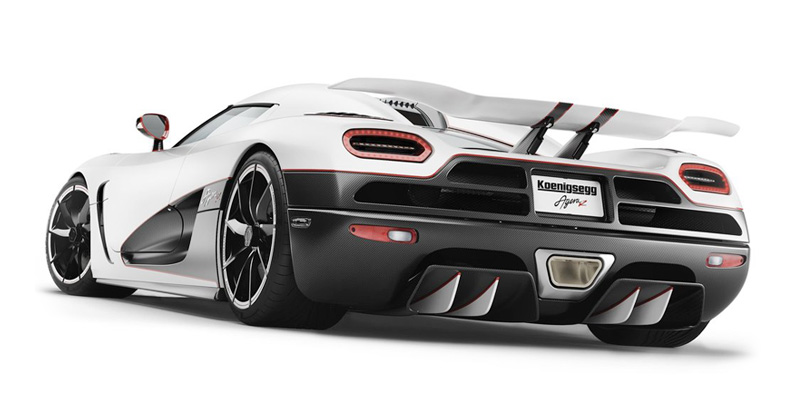 The newly developed 7 speed gearbox for the Agera features a world\'s first dual clutch system for a single input shaft gearbox. In order to keep the gearbox light - only 81 kg - compact strong and reliable, Koenigsegg together with Cima chose to develop a new gearbox type that enables the use of a combination of a dry and wet clutch system, in order to get class leading shift times. Compared to a traditional DCT system, this gearbox is lighter, smaller, has less moving parts and gives a more distinct shift feel, with almost no interruption to the acceleration. 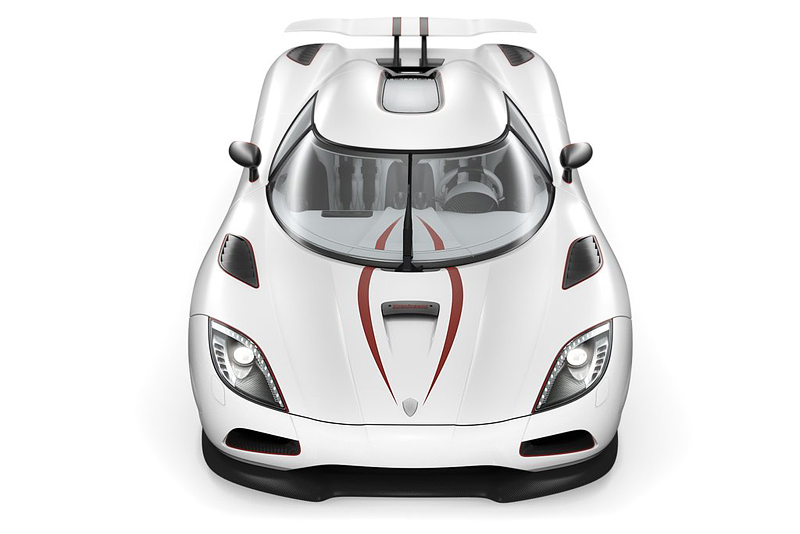 The Agera's unique carbon fibre monocoque chassis is designed to achieve its maximum stiffness without a roof, as the roof is detachable and stow-able in the front of the car. This in itself is an unusual feature for such a compact Hypercar. 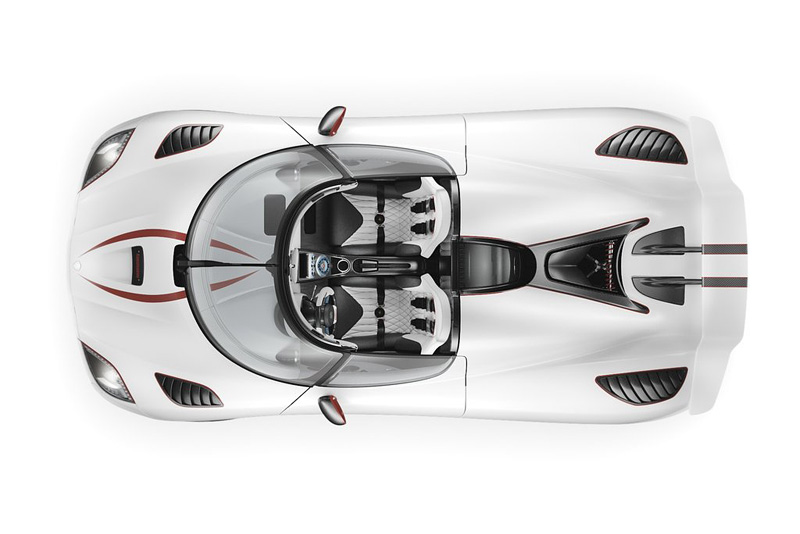 Christian von Koenigsegg has invented the Rear Triplex Damper (RTD) system - a new type of rear suspension system for a road car. The Agera has a shock absorber and spring connecting the right and left rear wheel. The extra spring and damper works in series with the normal spring and dampers allowing their spring and damping rates to be lowered. This results in increased comfort and better handling on rough and wet surfaces without compromising dry track handling. 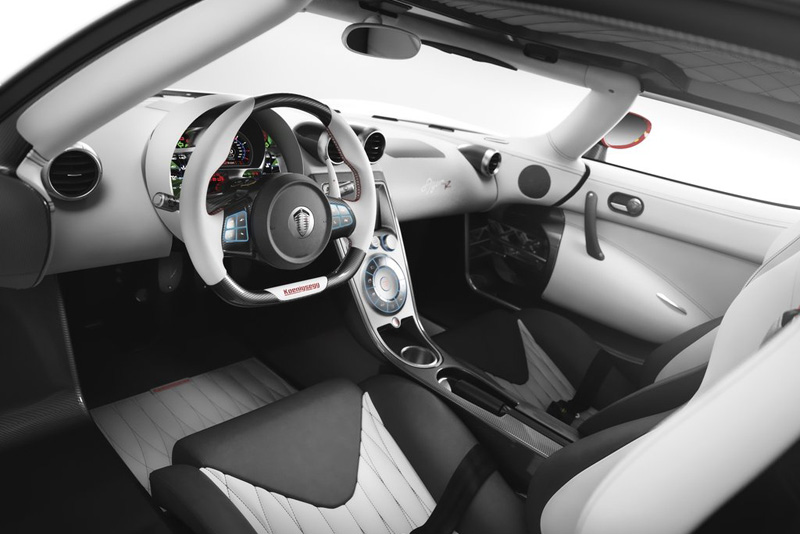 The only materials found in the interior of the Agera are aluminium, carbon fibre, precious metals, alcantara and aniline leather. All switch gear is highly bespoke with LED powered symbols and framed by an all-new carbon fibre centre console and tunnel assembly. The new super light full carbon airbag steering wheel incorporates many vital functions directly in front of the driver. Similarly to the CCX, the shifting paddles are mounted directly on the steering wheel to enable shifting without taking your hands off the steering wheel during hard cornering.