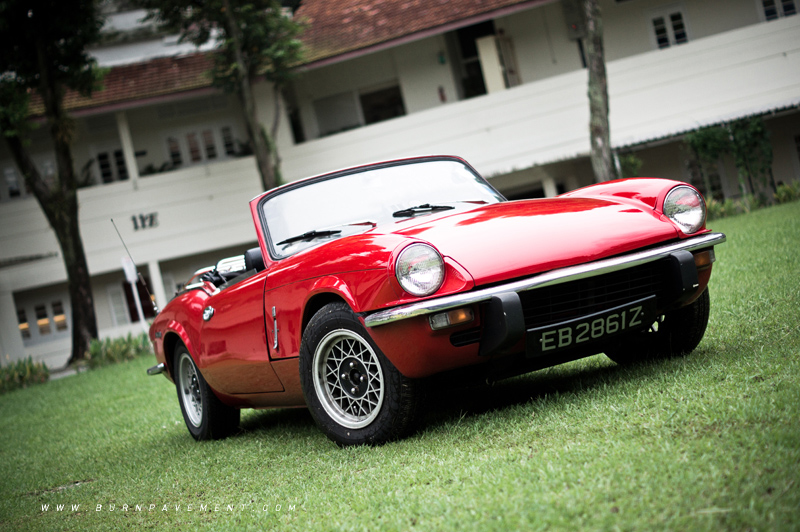 A Love For Music And One Car | Triumph Spitfire

It’s not often that you get to meet a man in love with his car. One car, with no temptations to sell it or store it away. This car in particular, a Triumph Spitfire Mark IV.

I’ll be honest, I’m not a big fan of the British Leyland era. The management inefficiencies, the constant striking and the horribly built cars. But that’s not to say that all the cars were horrible during that period and the Spitfire Mark IV is one of them.

The Spitfire was originally designed by the Triumph-Standard company with the help of Italian designer Giovanni Michelotti, who was also famous for designing the first of one of the most famous cars in the Japanese market.; the Nissan Skyline. It was this Prince Skyline Sport (BLRA-3) that helped kick start the iconic car.

With the help of this important, yet least known designer, most of the prolific cars from the 50s had input from this man. From Alfas to Ferraris this man was in the midst of it all. Yet the Spitfire was almost never built because of the collapse of the Triumph-Standard company. If not for the fact that the car was spotted by the new management under dust covers in the corner of the factory, the Spitfire would have been long forgotten. 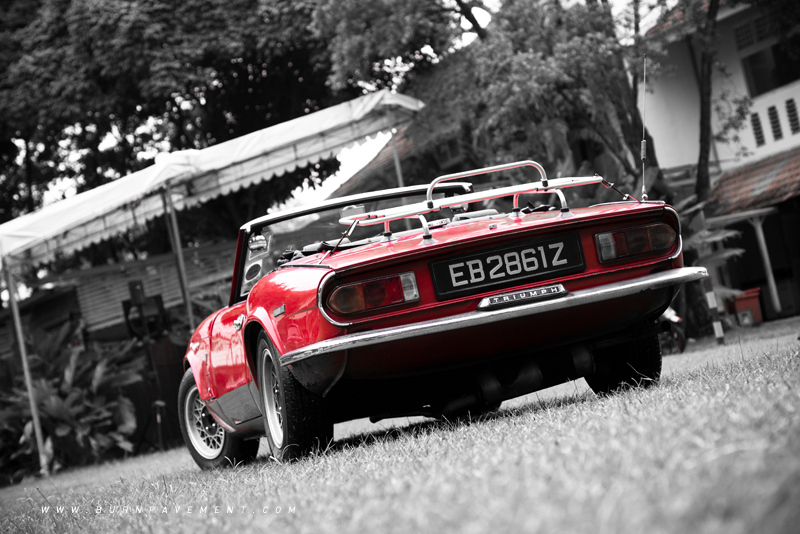 The Triumph Spitfire then went from strength to strength (despite initial models having a few problems). Going from the first generation through to the fourth generation. Making a total of 314,332 cars over a period of 22 years. That is no small feat for such a specialised British B-road roadster. The Mark IV incarnation weighed just 779kg with a small efficient 1296cc engine. The big improvement? Increased low end torque, the synchromesh gearbox and a vastly more stable rear end (earlier generations were known to be skittish in fast corners). 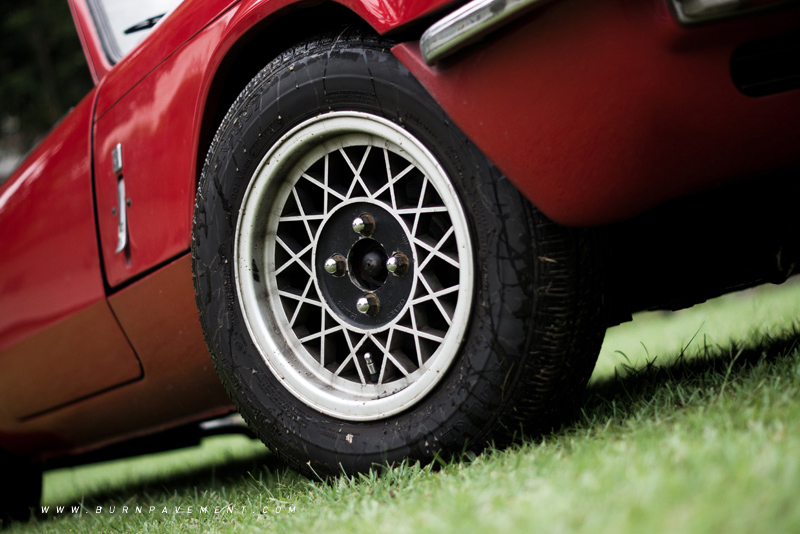 Danny initially wanted to buy a Suzuki Jimny, luckily for us a friend intervened and showed him to Brian Chan of the David Works Garage, a restorer of the classic in Singapore. It was here that Brian showed him to a customer’s Spitfire which was for sale. It’s no surprise that Danny instantly fell in love with it, with it’s long swooping lines, the topless nature of the car, the thin chrome strips reminiscent of the period and the classic wood interior brought him back to simpler times. 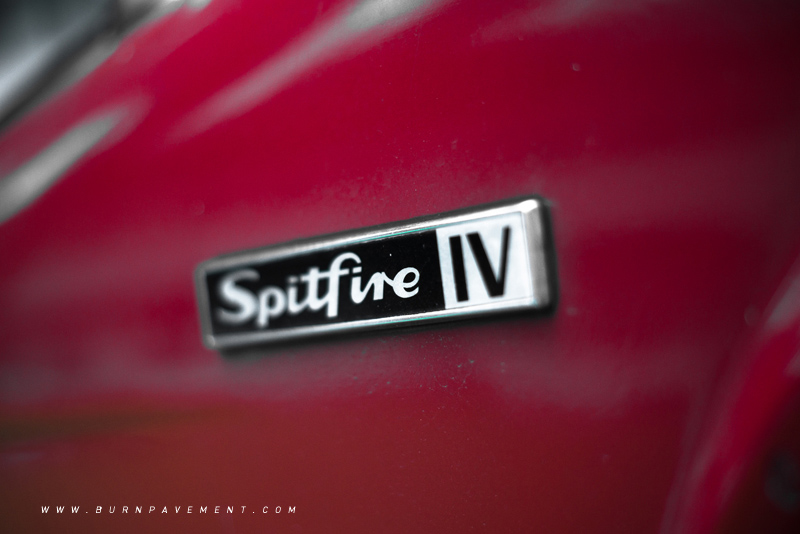 A period where great music reigned; the 70s. The car gave him a link to the times that he spent with his Dad sitting in the car listening to Creedence Clearwater Revival, The Beetles and Abba blasting on the stereo. The powerful nostalgia and the beauty of the car compelled him to buy it without hesitation. 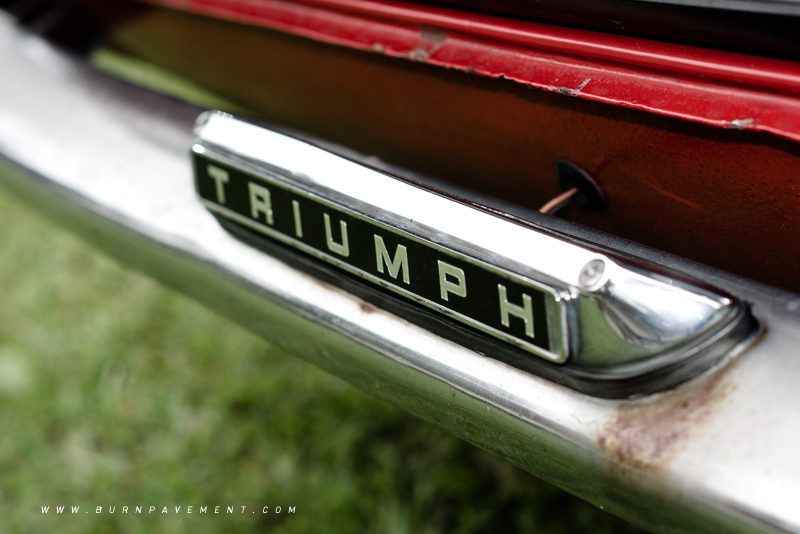 The car’s engine has been rebuilt (by Brian Chan from David Works) only once in his ownership in 2009. A remarkable thing considering the car probably has over 300,000 kilometres on the clock. 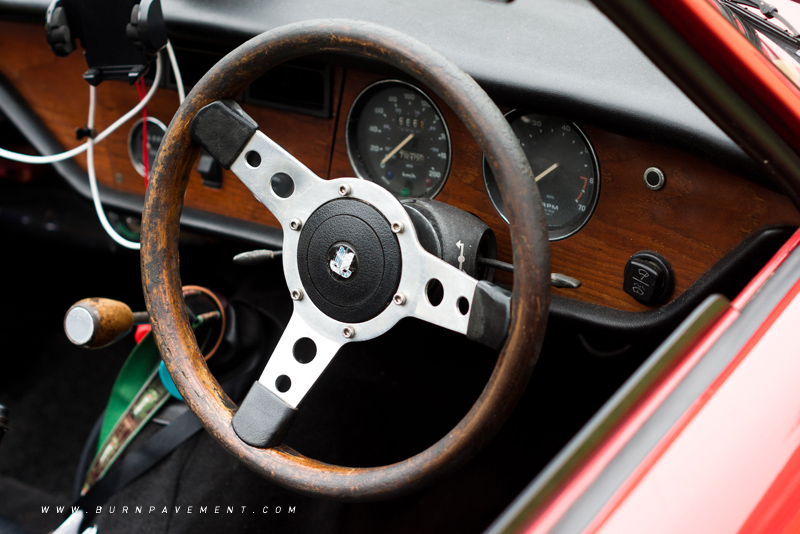 It would put plenty of modern cars to shame with it’s reliability, despite being close to 40 years old. However if you are planning to buy one, please search elsewhere. Because Danny adamantly states that he plans to keep the car for at least the next few years. The man’s not for turning. 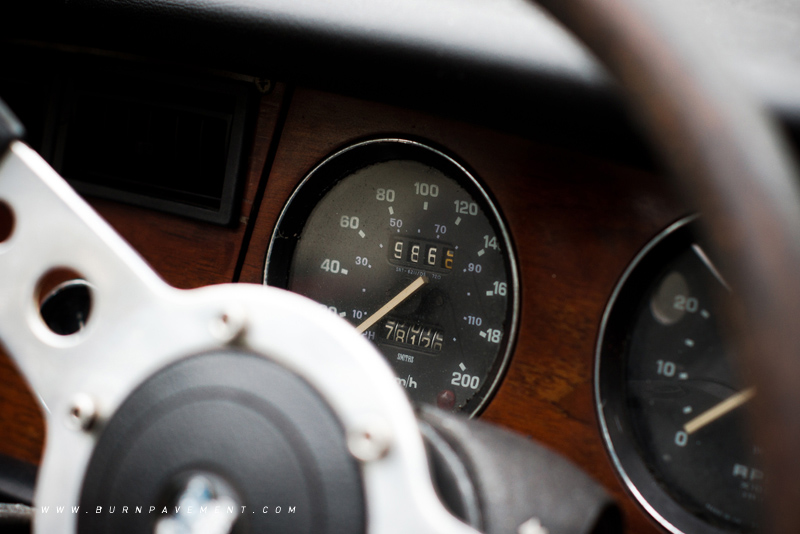 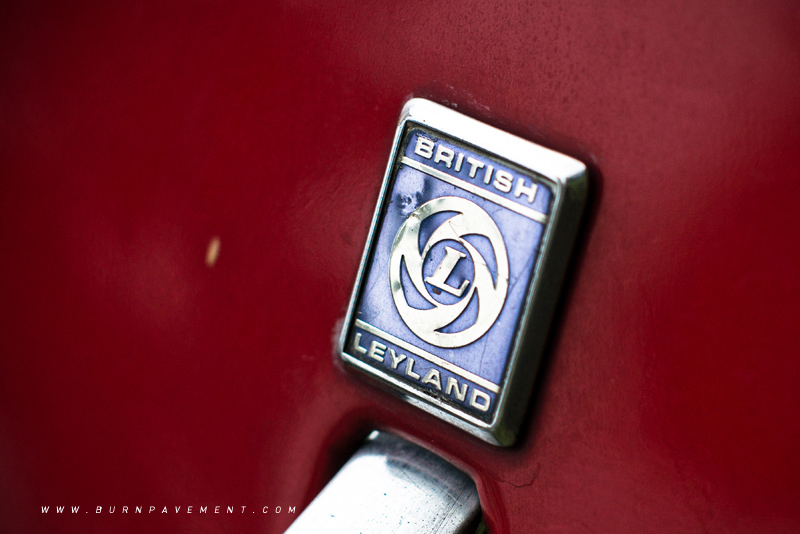 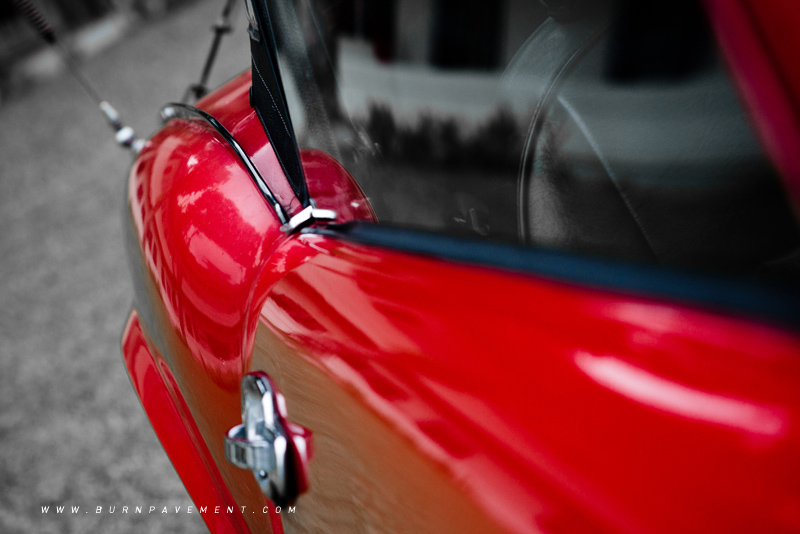 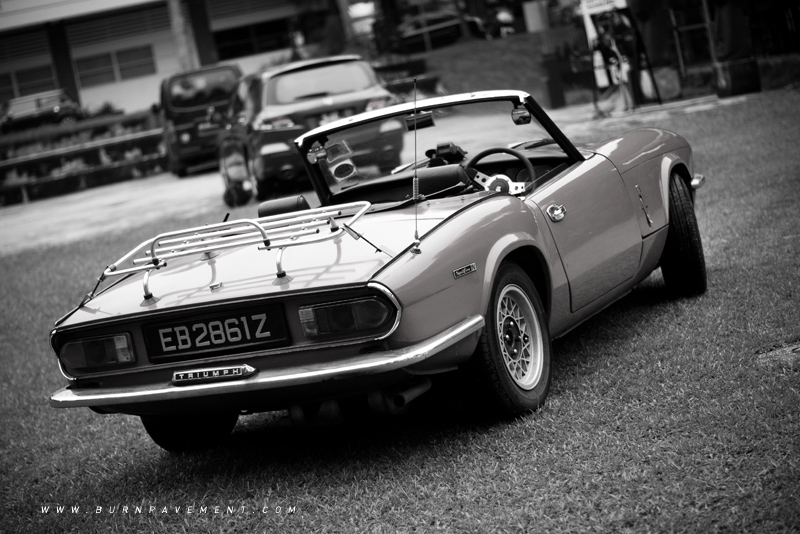