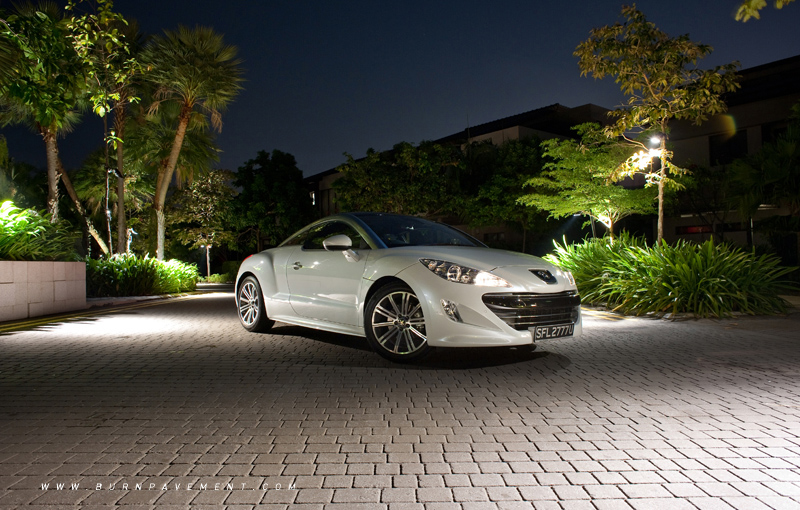 The date was set for a rendezvous, a tryst that bordered on sheer adultery. As I got on my way, a thought came to mind, how can something so wrong feel so right?

There she stood, gleaming under the moon light, her smooth porcelain surface radiant and her body contours sleek and seductive, like a temptress waiting to ensnare the unsuspecting young hot-blooded male. And like any of those young men, I was enticed by this sultry looking object of fantasy. Her stationary stance by the road made suggestive overtures, beckoning me to walk over and caress her supple skin and body. Like an automaton devoid of rationale, I obediently walked over in a trance like state to indulge in some sensual decadence. As I inched nearer, my heart skipped a few beats, threatening to go into cardiac arrest. Someone call 995 please, it’s an emergency. For like most car lovers, I have fallen prey to the charms of the…

Cars and women are like big ticket items and one needs to choose carefully before taking the plunge, because the only thing that is going up are the COE prices not the wads of cash in your wallet. But then, there are some cars that simply defy logic and make one lose his rationale and the Peugeot RCZ happens to be one those cars, an automotive manifestation of MÃ©lissa Theuriau with design curves inspired by Carla Bruni. In fact this car is akin to owning a trophy wife or mistress on wheels, whichever is applicable. Monsieur Sarkozy should know best… 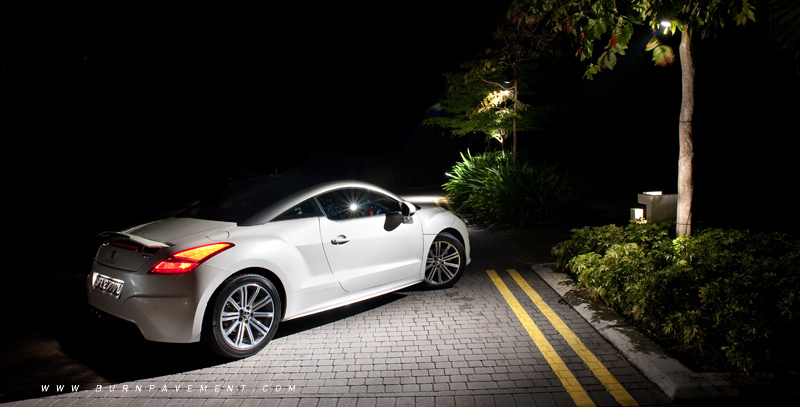 Firstly, let us all consider this car's looks. After all to have a car likened to the presenter on "LCI Matin" (LCI Morning) speaks volumes about the beauty of this car. Anyone who has seen the initial design right to the real deal in concept form in late 2007 before being confirmed for production early in 2008, will be well aware of the RCZ’s shape. Featuring a distinctive buxomy twin contoured roof and rear window, polished aluminium arches, generously curved rear haunches plus a very bold and thrusting front profile, the RCZ stands out as a very different car to its closest competitors. And kudos to Peugeot for keeping the styling of the production ready RCZ close to the concept version. The front however could be slightly more rakish and angular to set it apart from the 308 CC. However at the moment, apples to apples, there is really not much else to rival it on the road when it comes to static appeal, in fact this is a car you will never get tired of looking at. 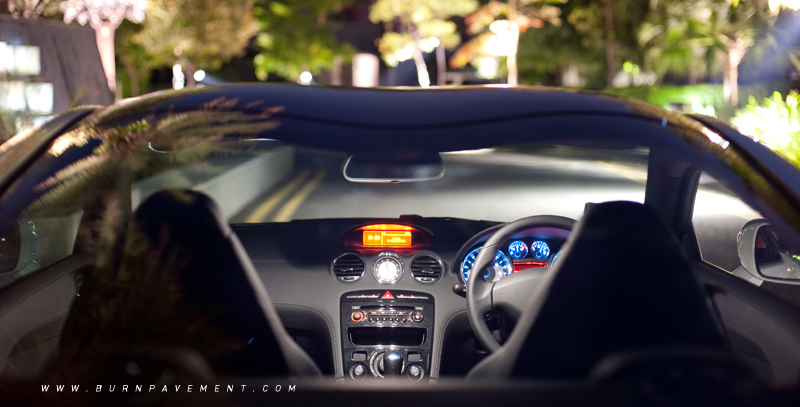 Interior wise, it is a similar story. The RCZ exudes opulence and class with its neatly finished leather-trimmed dash with contrasting stitching and stylish instruments bathed in a cool blue hue. Adorning the dash is an analogue clock that makes itself the centre piece of attraction, making a fashion statement that underlines the car's art nouveau credentials, while the chrome trimming adds a touch of sparkle that tantalises visually. Although the RCZ is positioned as a 2+2, caveat emptor - family oriented drivers should take note that the rear is meant only for children and oompa loompas, but should you fold the rear bench, luggage space is boosted with the 384 litres boot capacity increased to 760 litres, and along with it comes a useful stowage net to stop things from sliding around in the boot. 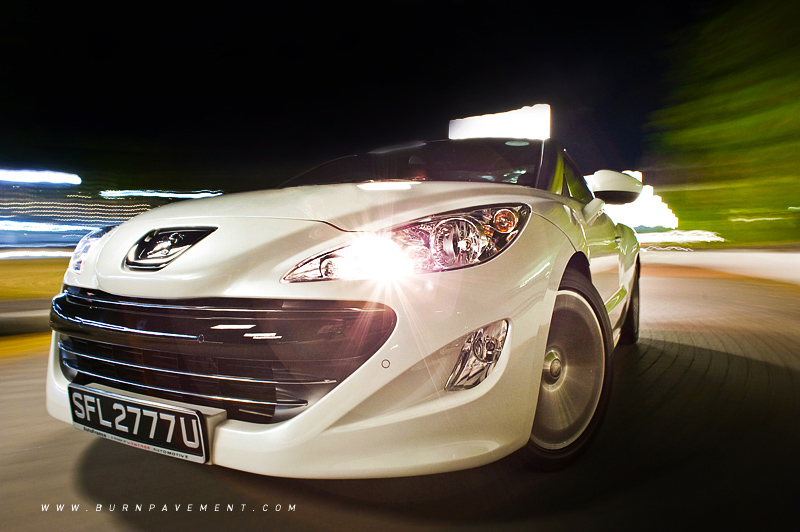 Upon getting into her and turning her on, she comes alive immediately, purring with great pleasure, her raspy engine note serenading to you in sweet seduction. Sitting in the electric sports seat shod in luxurious and supple Nappa leather, it sets you up for an intimate feeling of being in perfect harmony with the RCZ. On the move, this lioness with her turbo charged engine mated to a smooth shifting six speed automatic transmission churning out 156 horses and 240Nm worth of torque sends you into sheer automotive ecstasy in nine seconds with strong in-gear acceleration. And should you try to be blatantly unfaithful to her on the road by attempting to chase down an even more beautiful Italian 'super model', she shows her displeasure with her caterwauling engine screaming "unfaithful" at high revs, only by giving up your chase will she then simmer down, her engine burbling with resentment. 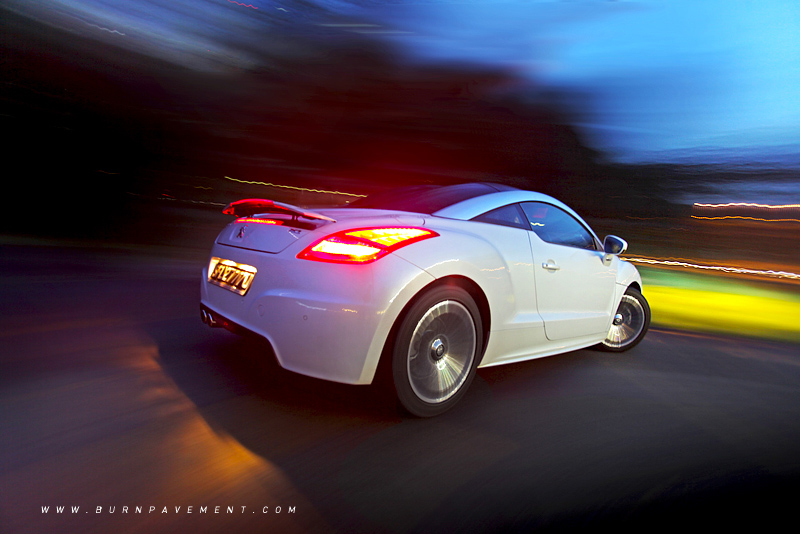 Round the corners, the RCZ's chassis which has a lowered centre of gravity with widened front and rear tracks and reinforced suspension handles ably with feline grace, teasing you on to hurl more abusive road irregularities at her and to take her further round mind boggling bends. However one should know his limits as this is not an all out performance car. Though the steering is relatively accurate and responsive with the front wheels providing adequate grip, it still lacks proper feedback, a trait well displayed by the class-leading front wheel drive cars, but no man will marry MÃ©lissa Theuriau for her culinary skills in the kitchen right? But in all hairy situations, should you overcook things, the RCZ's braking system and ESP (Electronic Stability Program/Dynamic Stability Control) which combines several functions kick in instantly to bail you out. Nothing beats a beautiful woman imbued with power to rectify things eh? 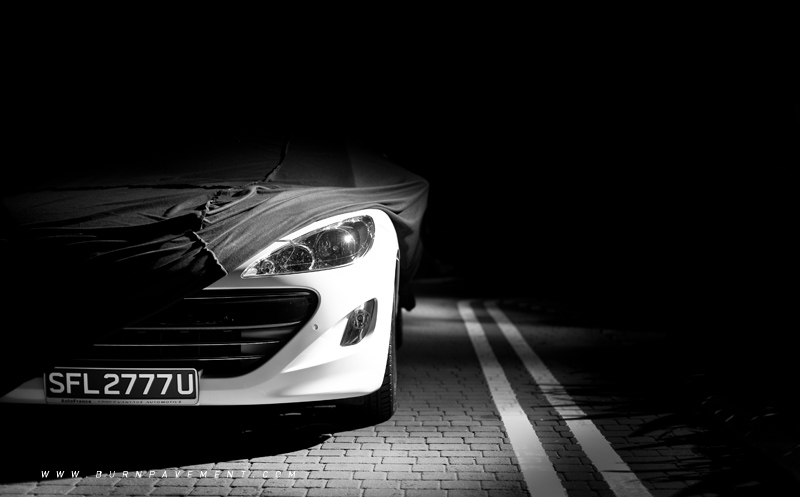 For both style and dynamics, the Peugeot RCZ is certainly one salacious looking coupe that attracts attention and is quite different from anything else on the road. Built with a handcrafted feel, perfect finish and definite road presence, the RCZ is very hard to fault. But still, I can't help but feel that the RCZ is all about aesthetics, then again that is what a trophy wife is for isn't it?

That's till I put my eyes on you,

Good lord, sweetheart you got some curves on you,

Now I can't wait to turn you on, me and you alone,

On the highway, never going home. 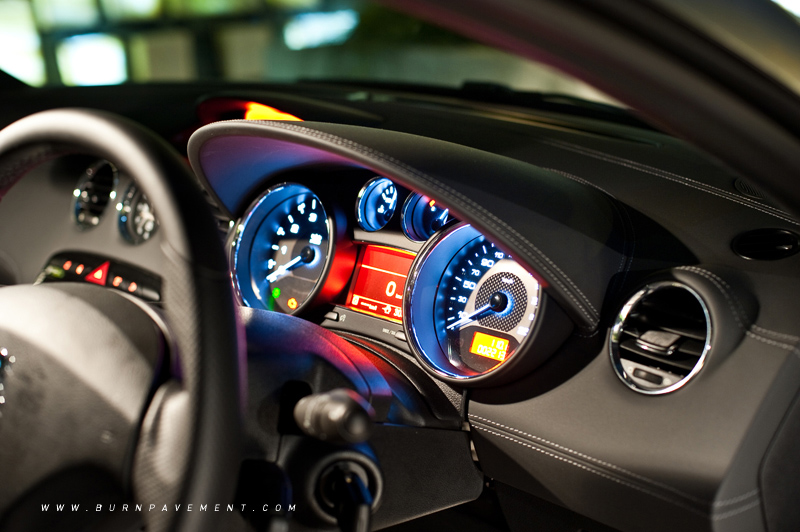 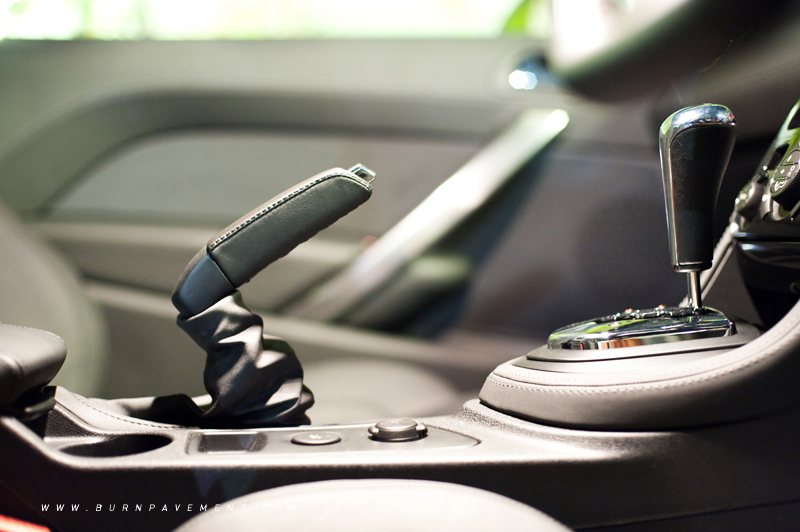 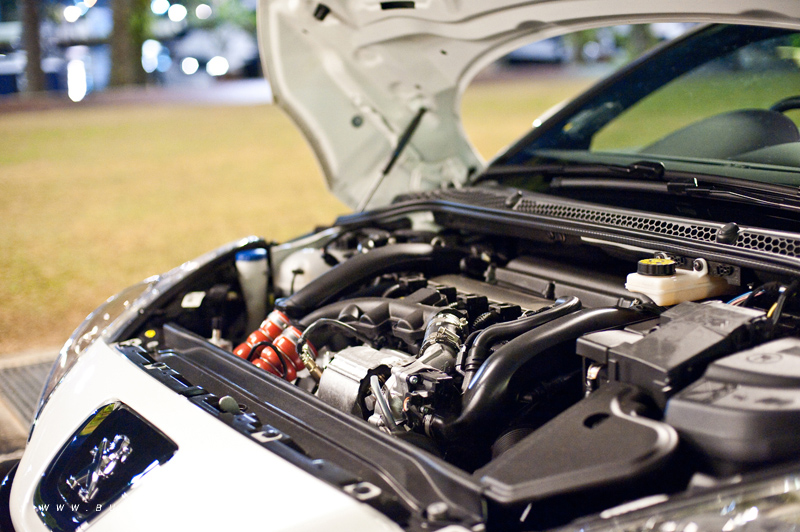 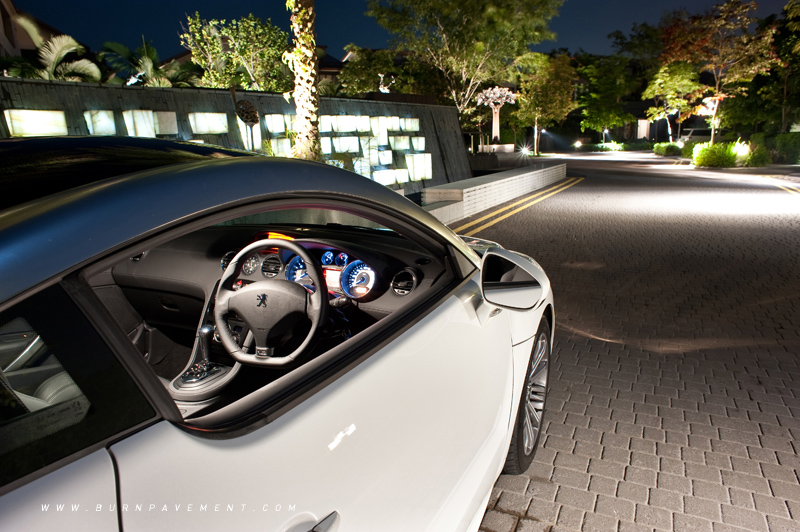 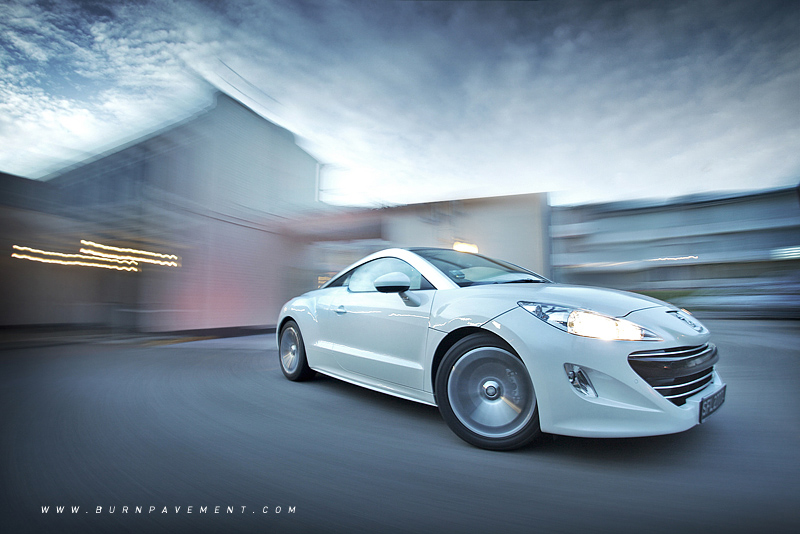 Related Articles
Peugeot e-2008 officially launched in Singapore BY Jonathan Lim
Peugeot 3008 GT-Line | Pulling All The Stops BY Azfar Hashim
Nissan Pulsar 1.2 DIG-T | Price Buster BY Azfar Hashim
Could This Be The Magic? | Peugeot 208 1.2(A) BY Azfar Hashim
King Of The Crop | Ford Focus Hatch 1.0 EcoBoost BY Azfar Hashim