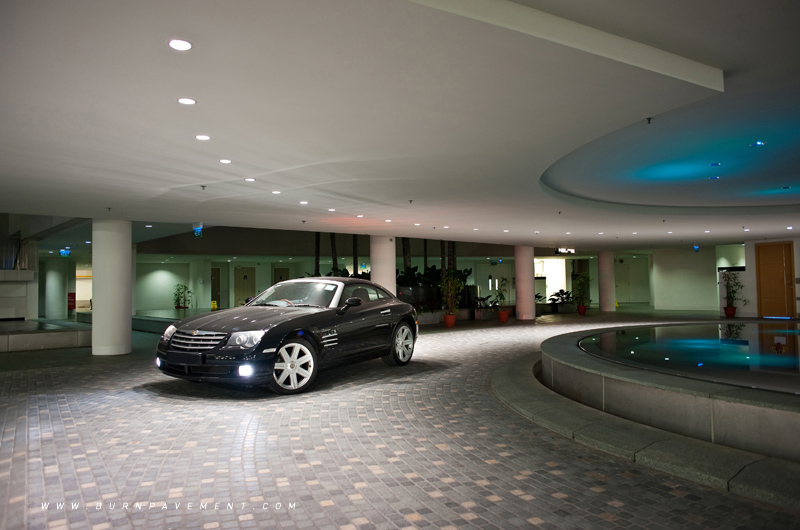 Caught In A... | Chrysler Crossfire

A stunning looking car that looks gorgeous from any angle, the Chrysler Crossfire has certainly won Susan and Mark over. But why?

Built in Germany in collaboration with Karmann, the Crossfire is an amalgam of stylish American design with proven German engineering (with over a third of the car’s components taken from the now defunct DaimlerChrysler parts bin). Under the skin the Crossfire shares the R170 platform with the Mercedes-Benz SLK 320 which means that even though the car looks stylishly modern, it is almost a decade old, botox anyone?

The Crossfire's striking exterior is the epitome of Chrysler's corporate styling DNA, sharing traits that can be found on the PT Cruiser. One particular highlight of the car is its central spine which runs from the front bumper, via the grille running all the way through the long bonnet, roof line and into the rear bumper - a signature design of the Crossfire that has worked to great visual effect. 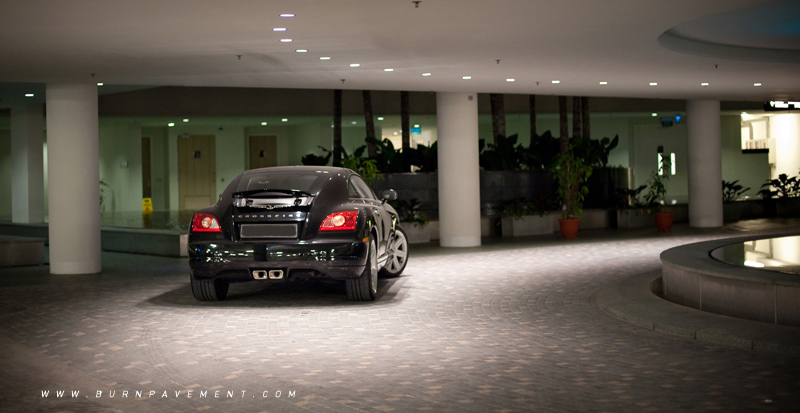 As for the rear, one can find an electronically deployed rear spoiler that is powered by an electric motor. The spoiler can be activated in less than five seconds as the car gains speed. However the spoiler can also be deployed manually at any speed at the touch of a button. 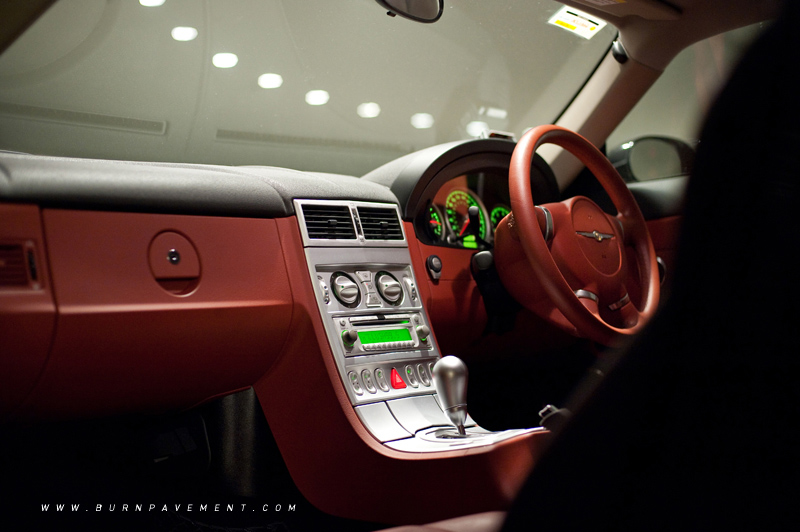 Interior wise, the styling of the Crossfire is simple yet functional with the cabin large enough to accommodate two adults with generous head and leg room. The dashboard detailing, steering wheel spokes, door sill plates and fitment of leather as standard gives the car an upmarket appearance though the speaker grille rings and instrument surrounds that are enhanced with a satin silver finish does feel a bit cheap and tacky, a chrome or brushed aluminium surface would have been a much better choice. 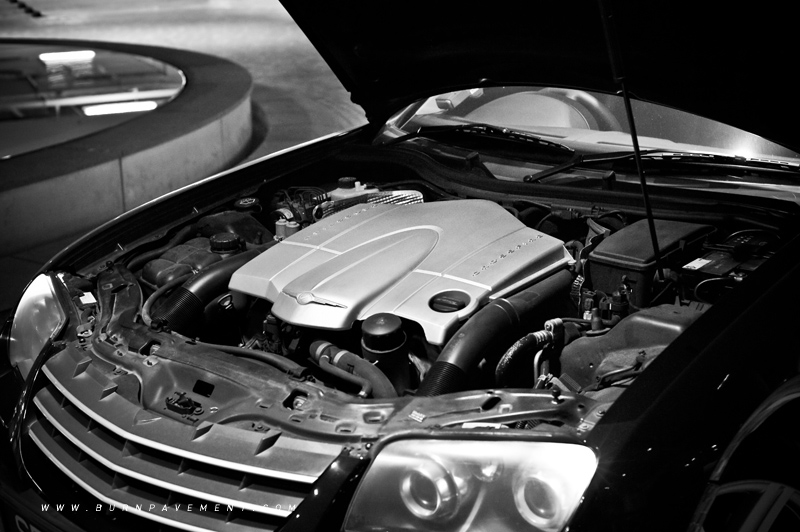 Beneath the bonnet lies the Crossfire's Mercedes-Benz sourced 3.2 litre V6 mated to a five-speed automatic (full automatic or AutoStick shiftless manual gear selection). Producing 215 bhp and 310 Nm of torque, the Crossfire accelerates from nought to 100 in just 6.5 seconds. 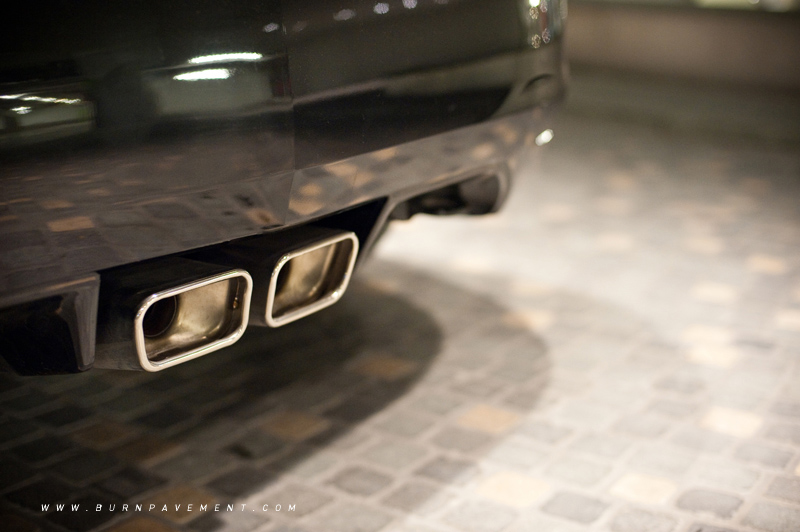 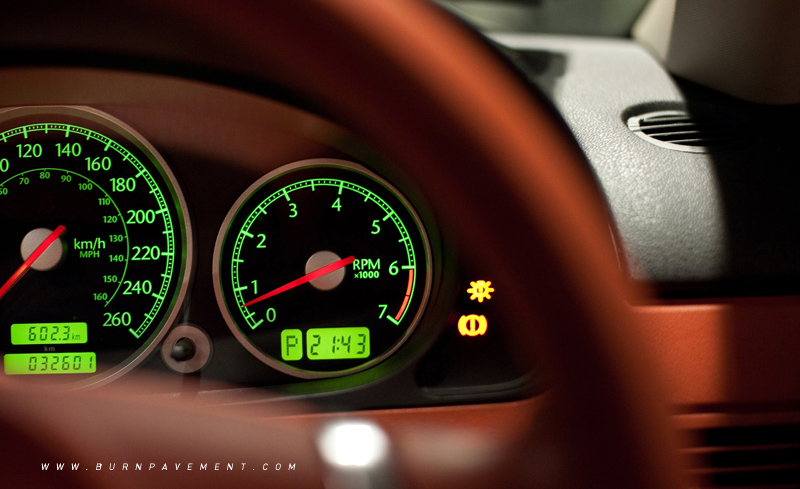 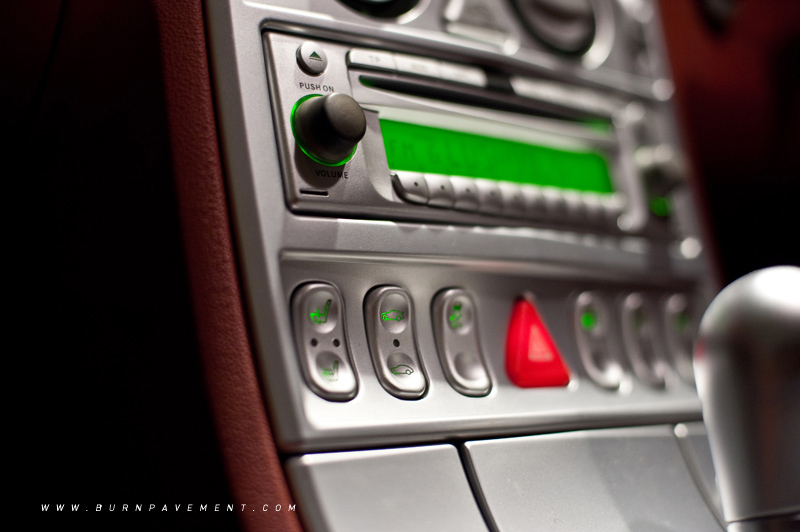 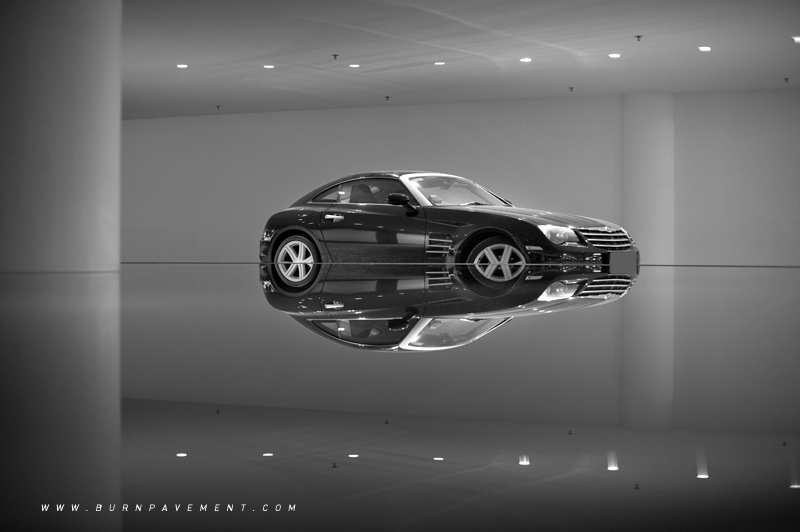