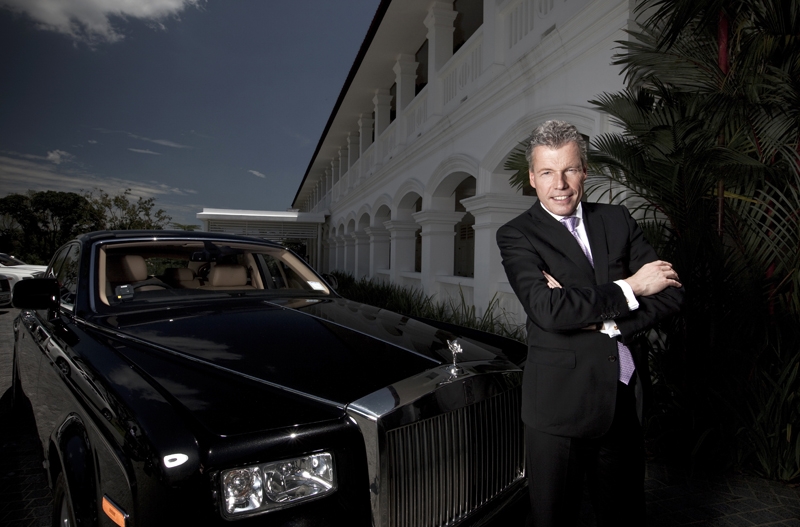 In this exclusive interview, we learn first-hand about the latest developments at Rolls-Royce Motor Cars.

Rolls-Royce Motor Cars held a close door press interview with its CEO, Mr Torsten Muller-Otvos earlier this week in Sentosa, and burnpavement.com was among the lucky few selected to attend. Besides confirming the development of the one-off 102EX fully electric powered Phantom concept study, Mr Muller-Otvos also answered several question posed by members of the press.

Some of the interesting facts and figures shared by him include, how at the end of 2010, the Rolls-Royce brand saw a whooping 400% growth here in Singapore. The sustainable growth was largely due to the effort put in by automobile businessman Karsono Kwee’s Eurokars Group, which is investing seriously in expansion programs. The Rolls-Royce Motor Cars’ growth did not end just there, as it saw a healthy 600% growth in China. Surprisingly though, the European market could not catch up with the Asian market — at the end of 2010, it only saw a 200% growth. Although uncertain and “hard to predict”, Mr Muller-Otvos reckons that China will overtake North America as their main consumer, by as early as the end of 2012. He also stated that the latest Ghost model would help drive that new growth. 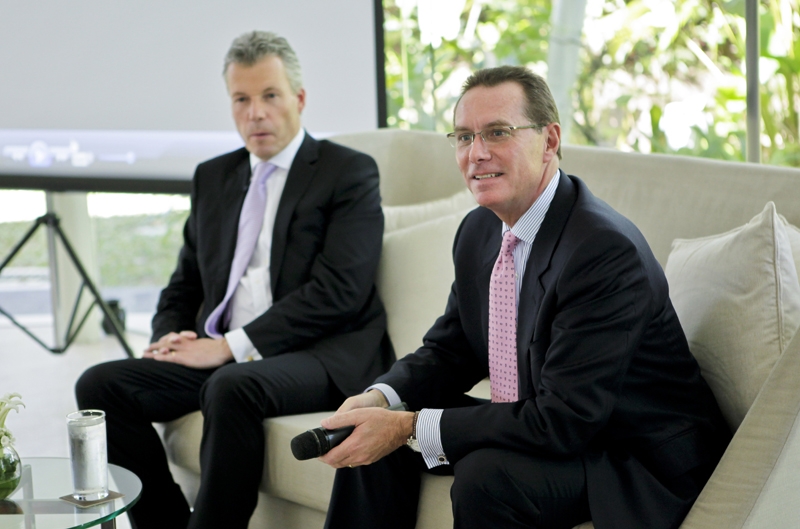 When asked to comment about the Arab nations which has seen its stability shaken by the recent civil unrest, he was quick to reply that Rolls-Royce will definitely see a decline in sales. “However, we are still confident that interest in the brand will remain unchanged,” he said. 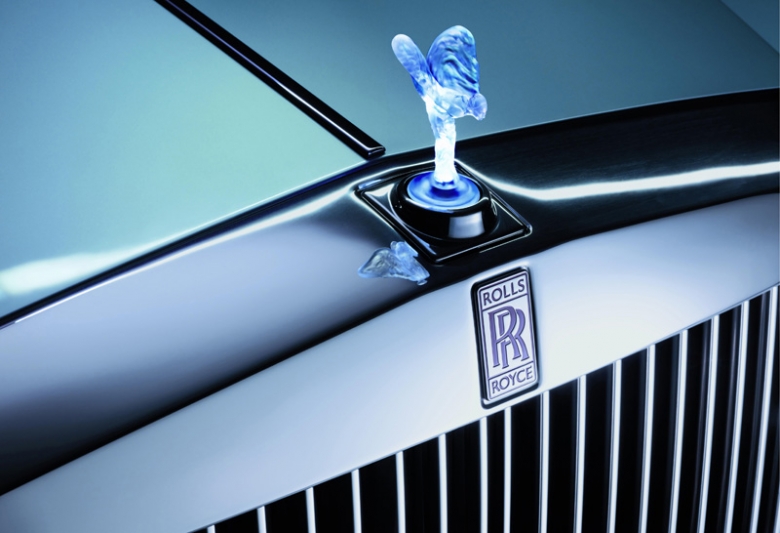 In his detailed introduction of the 102EX fully electric powered Phantom - also known as the Phantom Experimental Electric (EE) - that will debut at the Geneva Motor Show on 1st March 2011, he said, “We have engineered the world’s first battery electric vehicle for the ultra-luxury segment.” The car will tour several key countries this year, serving as a test bed to gather interest in developing Rolls-Royce Motor Cars alternative drive-trains. The 102EX will serve as a working test bed for a global tour that takes in Europe, the Middle East, Asia and North America. “With this vehicle, we begin an exploration into alternative drive-trains, seeking clarity on which alternative technologies may be suitable to drive Rolls-Royce motor cars of the future.” If confirmed for production, the 102EX will be the biggest electric car in the market. 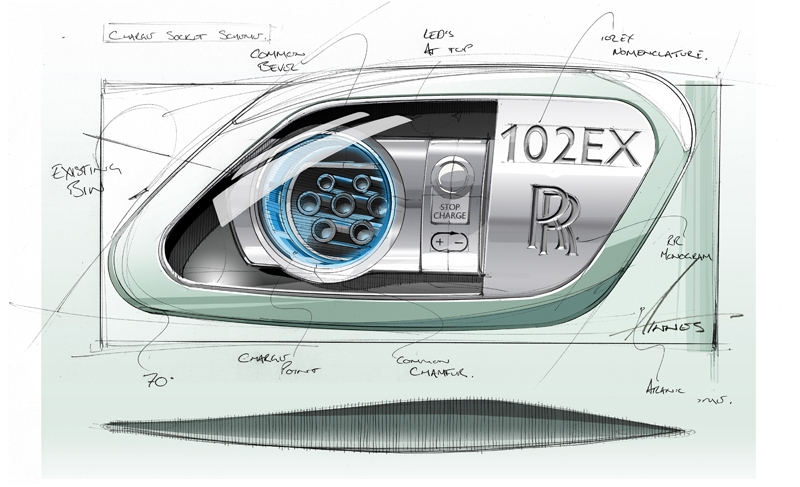 While there are no plans to develop a production version, the 102EX’s top priority is the car’s ability to deliver an acceptable range between re-charges and to operate in extreme weather conditions. This is on top of the benchmark reliability and quality sought by customers, but that’s not all... 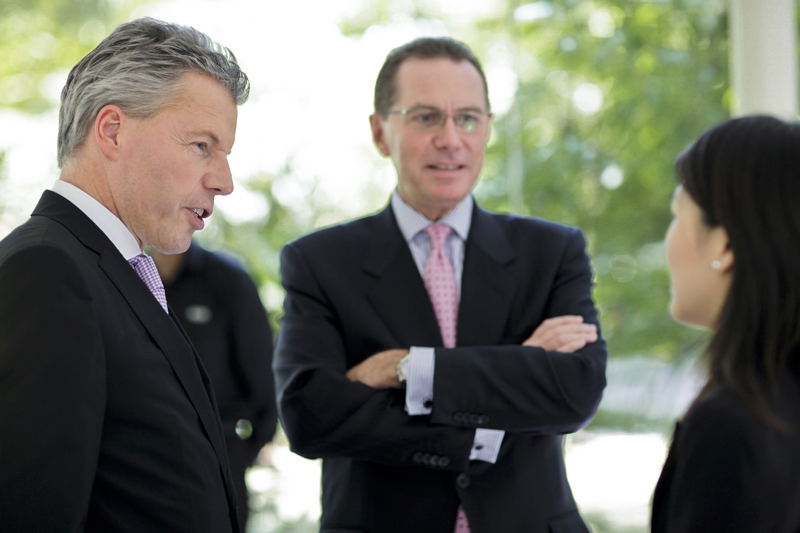 In preparation for the Geneva debut, Rolls-Royce will also launch the website www.electricluxury.com this week, a portal to fuel a wider global debate seeking views on the question of electric luxury from media, VIPs and stakeholders. The site will also deliver regular updates of the car’s progress while on tour. Rolls-Royce also hopes to get the younger crowd interested in the brand with this website. 2011 also marks the 100th anniversary of the Spirit of Ecstasy, and to commemorate the existence of the Flying Lady, 100 special edition Spirit of Ecstasy will be produced. It will only be available to the lucky 100 customers, and is set to debut at the Geneva Motor Show as well, which is just around the corner. It is not disclosed whether this special edition is based on the Phantom or Ghost though.

Related Articles
The Mercedes-EQ EQA is the gateway to the electric age BY Marcus Lim
Sneak a peek at the BMW iX3 Marvel fans have been waiting for. BY Burnpavement
Did you know Toyota made a Humvee doppelganger ... BY Vivek Max R
Picking the perfect Pirellis for your car BY Jonathan Lim
Smartphone at your Service | Apps that make car maintenance easier BY Marcus Lim