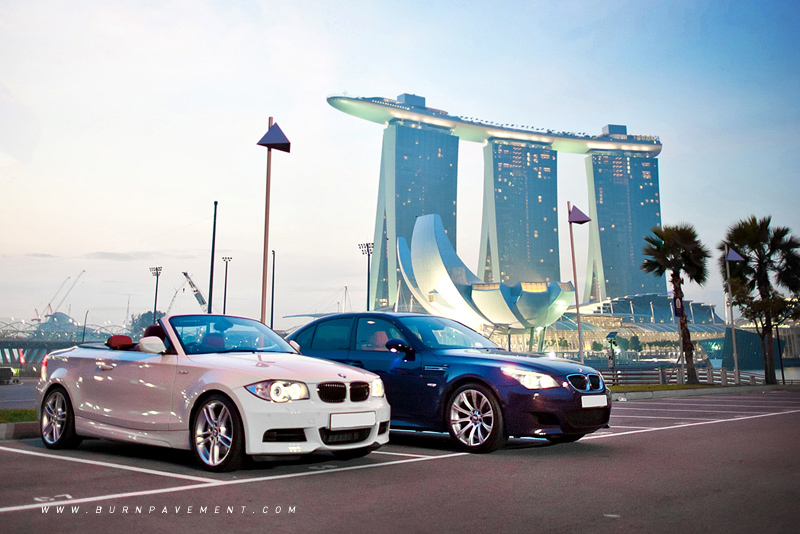 The husband drives an M5, and the wifey drives a rare 135i Cabriolet — truly a match made in heaven, for both owners and their cars.

For most Singaporeans, owning a car is already a dream come true. And then for most drivers, owning a BMW is the ultimate dream. But for this couple, they decided to go against the norm by both owning a BMW each.

Yes, you got that right — both husband and wife own a BMW each. Mind you, these BMWs are not ordinary ones at that. The husband goes around in his fire breathing 507bhp M5 sedan, while the wife settled for a demure and rare, (probably the only one in town) - BMW 135i Cabriolet. The colours individually chosen by them can also come across as the culmination of Yin and Yang - not exactly black, more of dark blue actually for the M5 and in the 135i's case white, but you get the idea. 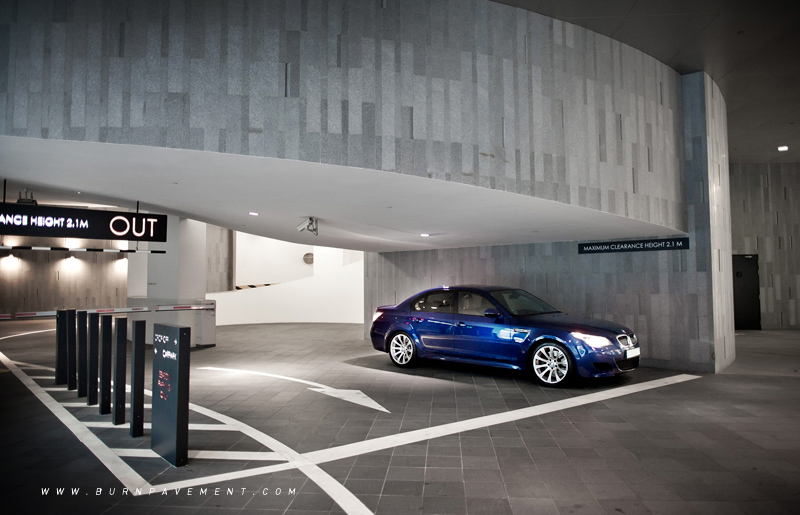 Let’s talk about the M5 first. As most would know, the M5 is one of the most highly regarded performance saloon ever churned out by the Munich-based car maker and even in Singapore, it’s popularity is significant. Despite having close competitors in the form of Mercedes-Benz’s E63 AMG and Jaguar’s XFR, the M5 remains the definitive choice among keen drivers — positive steering, brilliant power-to-weight ratio and BMW’s much-revered rear-wheel drive configuration that allows you to play hooligan every once in a while. 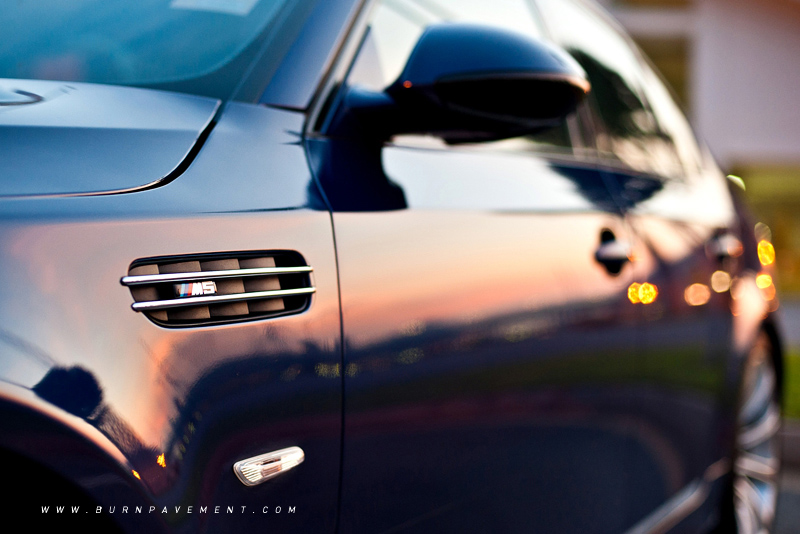 Technically speaking, the M5 remains one of the most advanced. To cope with all that power, mostly delivered to the rear tyres, it comes standard with driving aids such as the torque-sensitive M differential lock that ensures grip is constantly present even under extreme driving and a unique M dynamic mode that allows the driver to fully exploit the car, but (ironically) within control. And on top of all that, the M5 gives the driver all the flexibility in the world to pick his driving setting for the day simply via the iDrive system. Select this, select that, and tadaa… the road — and bend - is your oyster. 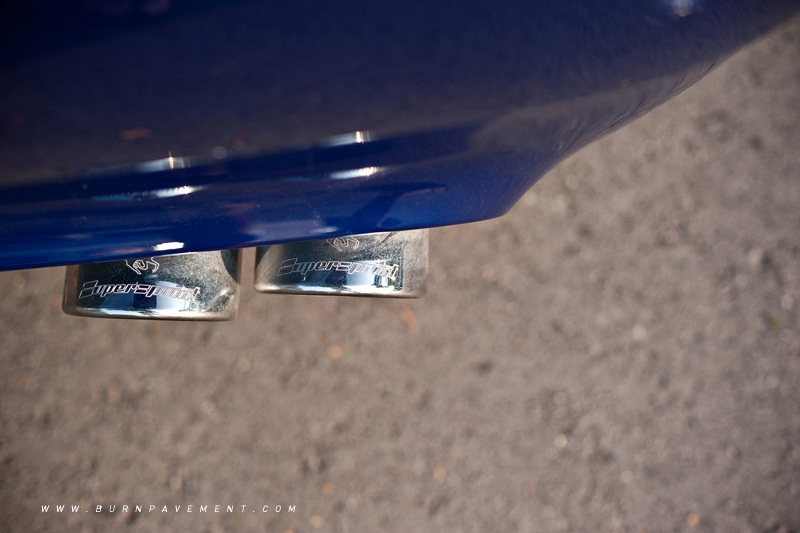 Under the M5's bonnet lies a 5.0-litre V10 engine that is mated to a seven-speed SMG transmission. The M5 whips out a rather mind-numbing 507bhp (achieved at 7,750Nm), with its torque figure standing at a scary 520Nm. Its century sprint timing? An out-of-this-world 4.7 seconds. So as you can see, the M5 might be just another sedan to the layman out on the street, but it has super car potential under all that sheet metal. Although the exterior remains pretty much stock standard, take a closer look and you will get a giveaway sign that it has been tweaked. The quad-pipe Supersprint exhaust for example. 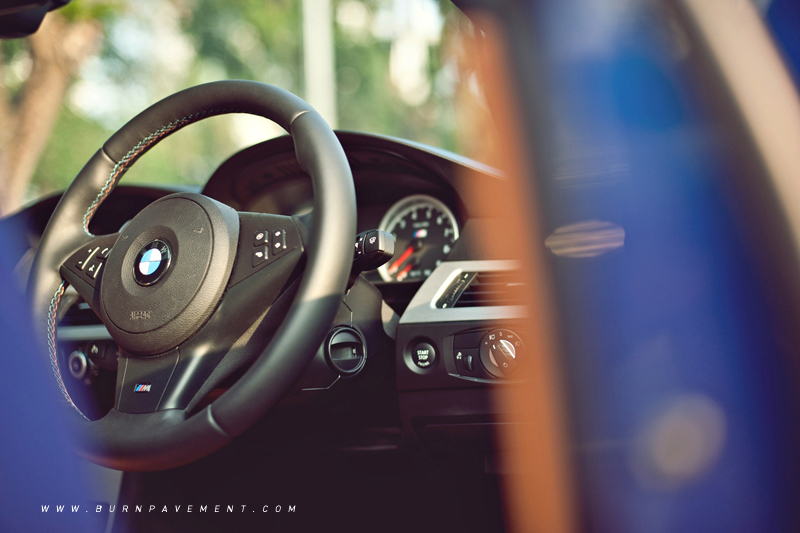 It doesn’t end there. As the saying goes, “There’s no replacement for displacement”. Or in this case, “There is never enough power” — all thanks to an upgraded ECU (by German tuner Wetterauer), this particular M5 here ups the ante by producing 570bhp! Good enough to keep up with the Ferrari 458 Italia and Lamborghini Gallardo 570-4 Superleggera, and give both the Audi R8 V10 and Porsche 911 Turbo a good run for their money. 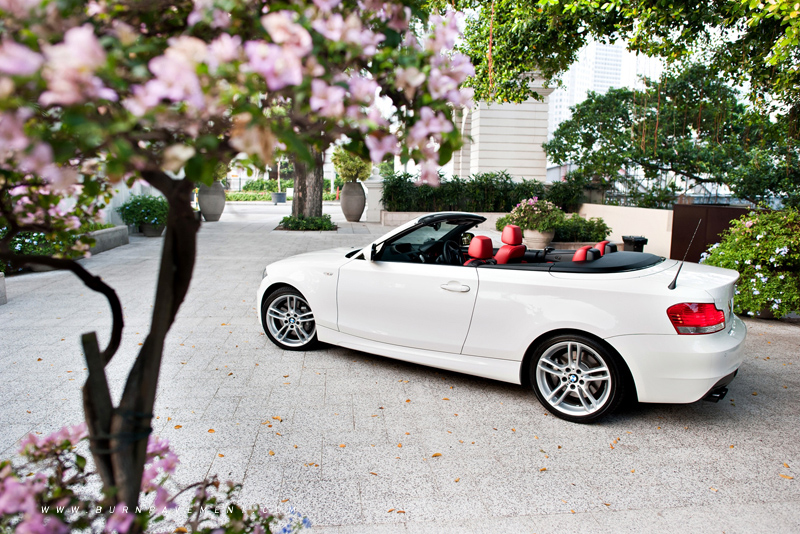 It’s obvious the penchant for powerful Beemers even rubbed off on his wife, which explains the 135i cabriolet. The desire for power in a compact body, bubbly looks and the option of having the roof up or down at any time of the day suits the owner’s cheerful personality. Through the official channel, the 1 Series cabriolet is only available in 120i guise, while the 135i is only sold in a coupe body. Now, surely the question, “How did she get this car?” begs an answer. Well, this unique 135i, like the M5, is actually sourced from the UK. 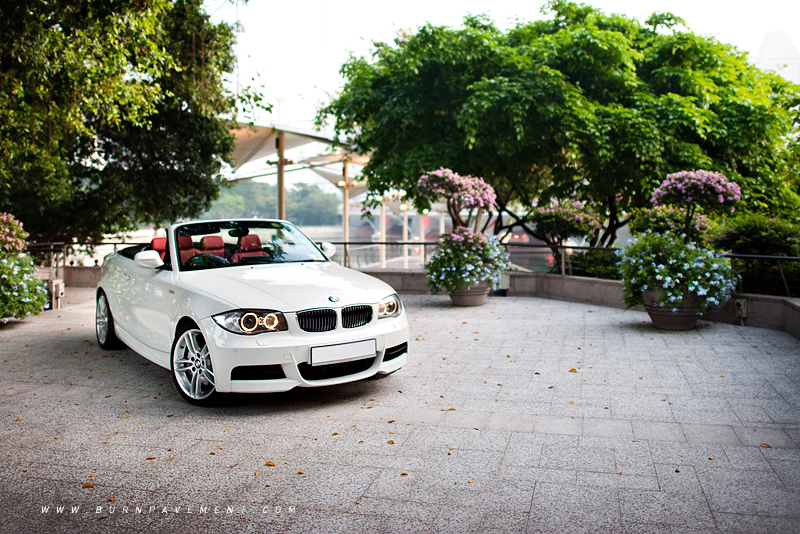 This standard 135i, left untouched by the power-loving husband even, is powered by BMW’s familiar 3.0-litre twin-turbo straight six power plant. Paired with a seven-speed DCT dual-clutch box, it produces a healthy 300bhp. Surprisingly, it churns 300Nm worth of torque from as low as 1,200rpm — always good to have all the power coming in at low revs. Now, the 1,680kg kerb weight might come across as heavy to some, but when you consider the large capacity engine, the entire scheme of things seem more easily acceptable. Oh, did I mention how it does the 0 to 100km/h sprint in only 5.4 seconds? 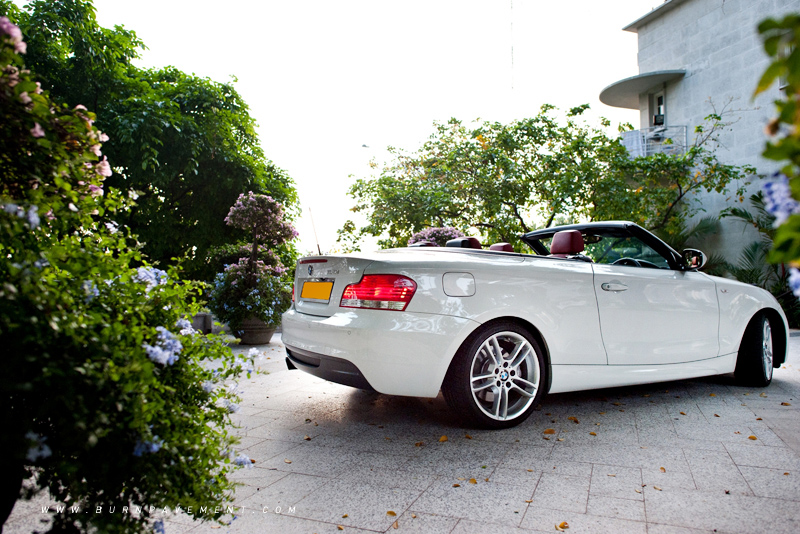 But then again with the addition of a complete BMW Performance exhaust system to this particular car, it could be slightly faster. Personally, I have a penchant for the BMW 1 Series cabriolet for one good reason — it brought me back splendid memories of that particular week, doing a solo road trip around the US with the BMW 128i cabriolet. I’m impressed at how it drives, conducting itself in a refined manner, with good steering feedback and a sprinkle of handling finesse. Also, the car is remarkably comfortable, despite the slightly stiff suspension set-up it has. Cruising down the freeway and interstates — from Los Angeles, then to the Grand Canyon, followed by Las Vegas before heading back to Los Angeles - with the roof down most of the time, it brought joy and a sense of freedom, which can't be provided by anything else save skydiving. I’m sure the owner of this 135i can agree with me on that count. Like a saying, “You’ve never experienced the joy of driving until you’ve experienced driving with the roof down”. Hence, getting a car that combines power with the joy of driving with the roof down is definitely one of the best ways to enjoy life. 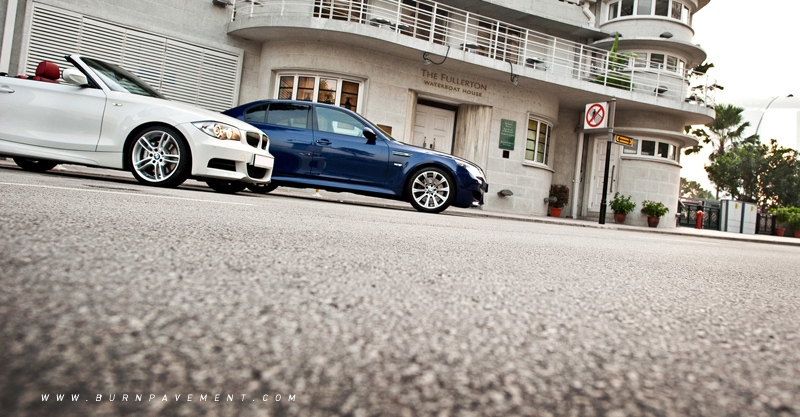 Funny, seeing both the 135i and M5 turned me all philosophical… 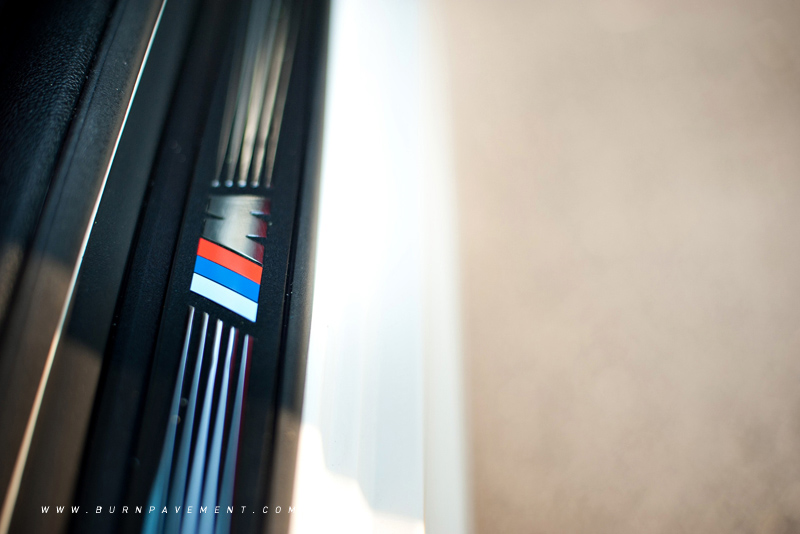 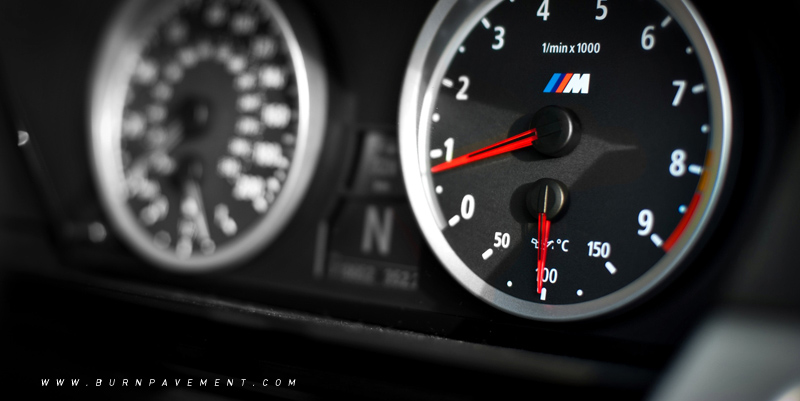 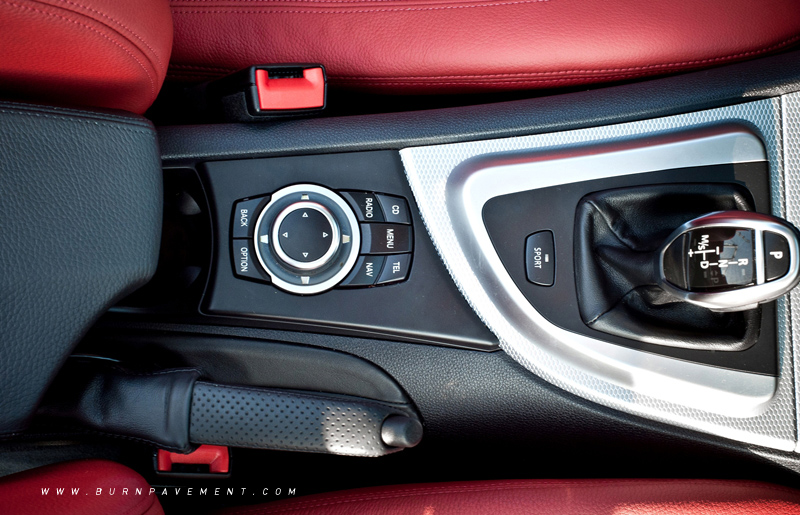 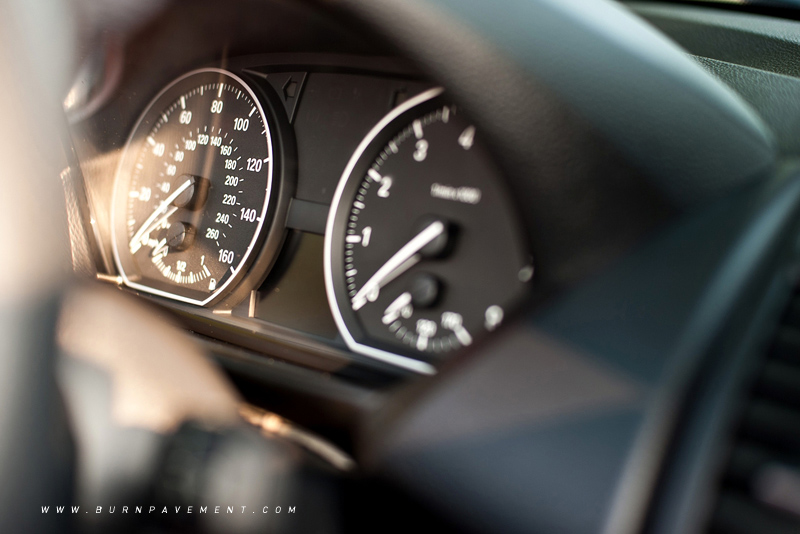