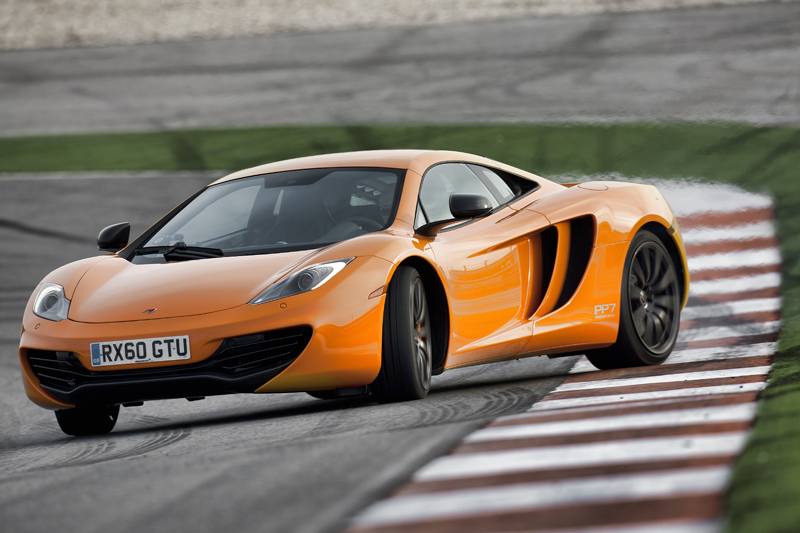 McLaren Automotive has released more information the MP4-12C, find out more inside!

Almost 20 years have passed since the mind-blowing McLaren F1 was introduced, about time for the F1's successor, the MP4-12C to take over the reins. The future begins with the one-piece moulded carbon fibre chassis.

The new chassis only weighs just 75kg, yet, McLaren claims that it provides the perfect combination of occupant space, structural integrity, light weight, and relatively low construction costs. In retrospect, the manually-produced McLaren F1 took up to 3,000 hours to complete, the SLR reduced that manufacturing time to about 300 hours, while the MP4-12C's chassis can be produced in four hours. McLaren says that the new process is part of making carbon a reality to car enthusiasts, at a price point more affordable to a wider market. 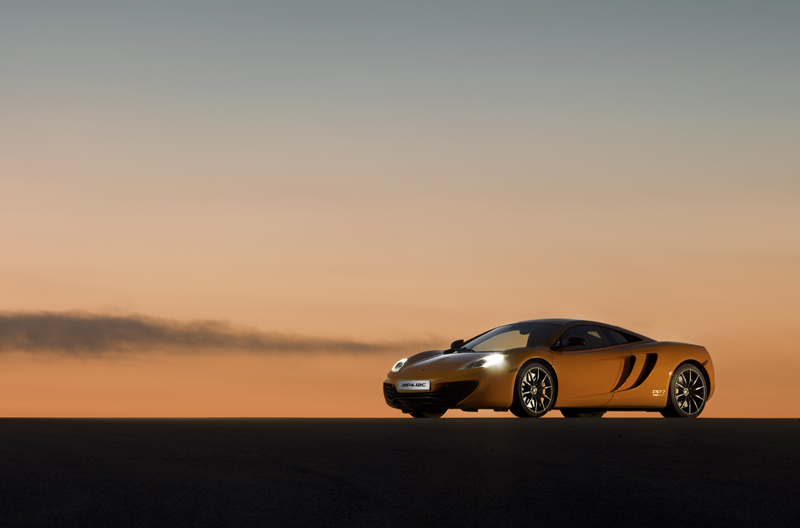 The heart of this new English super car is the new bespoke 592Hp, 600Nm M838T engine, a 3.8-litre twin turbo V8 engine. Weighing only 199kg, it features a dry sump lubrication system and a flat plane crankshaft for low centre of gravity. At the rear, high level exhaust pipes exit the car from a mixing box rather than a conventional silencer unit, saving weight. An optional Sport Exhaust system made from Inconel, an extremely heat-resistant nickel-chromium-based alloy, further reduces weight as well as enhancing the exhaust note. 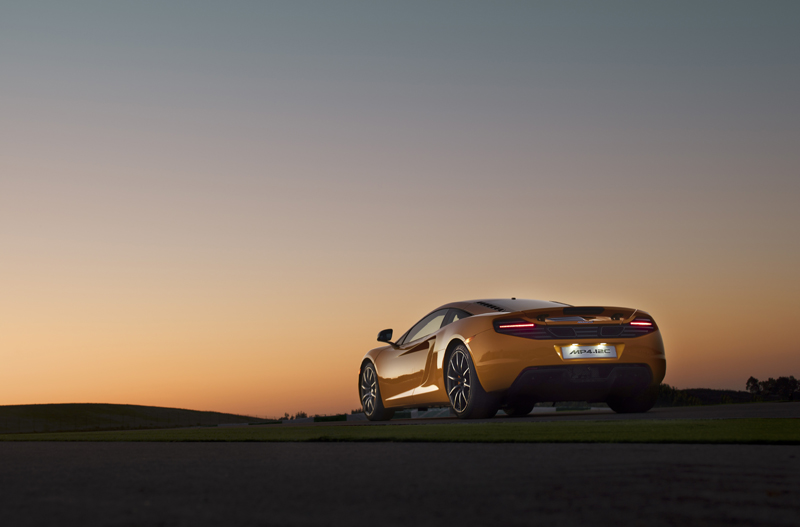 Mated to the M838T is a dual clutch, seven-speed ‘SSG’ transmission. Using the Active Dynamics Panel situated in the centre console of the 12C’s cockpit, the transmission will have three settings: Normal, Sport and Track. Operated through finger-tip controls mounted on a rocker behind the steering wheel: upshift by either pulling with the right hand or pushing with the left, and vice versa to downshift. It also features “Pre-Cog”, applying moderate pressure to the shift control will pre-load the clutch, for virtually instantaneous shifts. If the left-shift control is depressed and held, instead of ‘clicked’, while under braking, the transmission will blip the engine and downshift to the correct lowest gear. The result: 0-100km/h in 3.3s (3.1s with optional Corsa tyres) and a top speed of 330km/h. 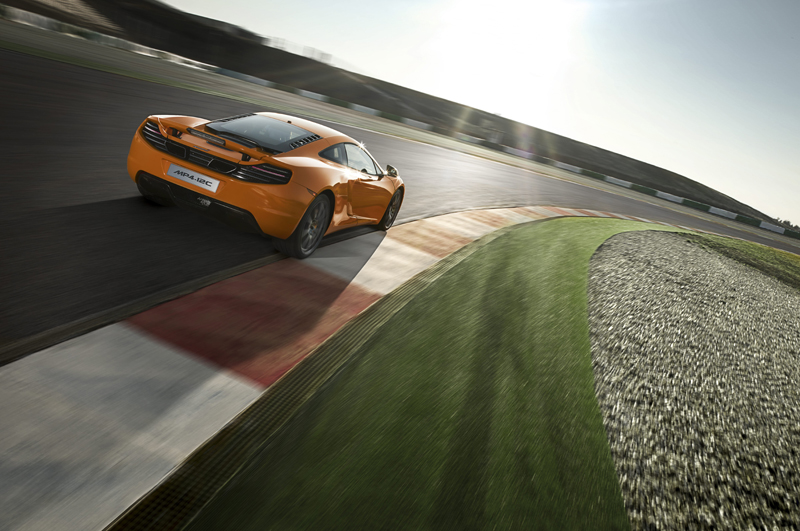 To control all that power, Riding on ProActive Chassis Control, the MP4-12C features Adaptive Damping provides much higher stiffness in roll compared to conventional suspension systems, and greater comfort in a straight line. The suspension is based on double wishbones with coil springs. Instead of anti-roll bars, the dampers are interconnected hydraulically and linked to a gas-filled accumulator, providing adaptive stiffness depending on road conditions and driver preference. 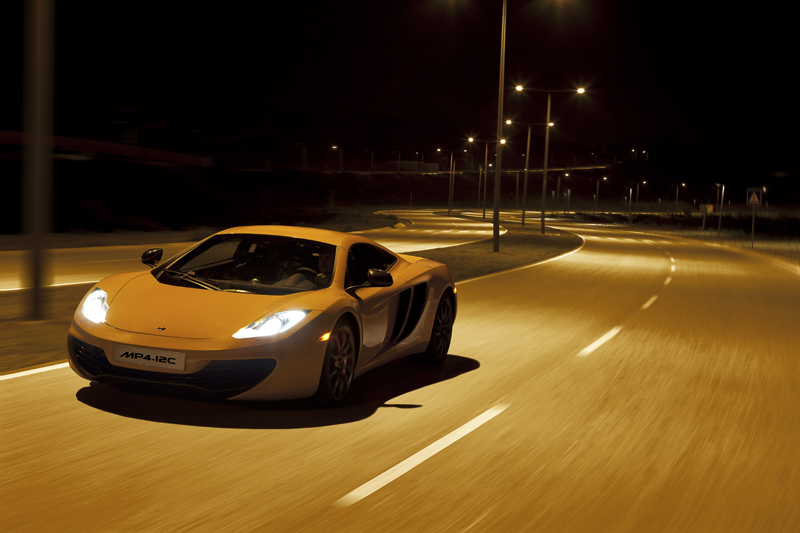 Like the 1997 McLaren MP4-12 F1 car, the new car has “Brake Steer”, a system that applies braking forces to the inside rear wheel when the car is entering a corner too quickly to bring its nose back on line. It works like a torque-vectoring differential, but is up to 20kg lighter. It also comes with an airbrake, with ceramic brakes available as an option. 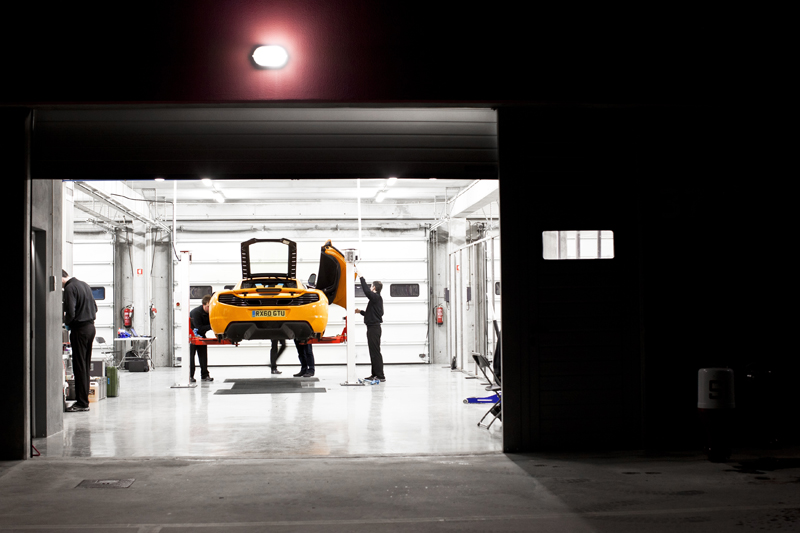 This is not just the launch of a new car. It is the launch of a new car company. The 12C goes on sale worldwide this year and McLaren will produce up to 1,000 12Cs in its production year, distributed through 35 retailers in 19 countries around the world. With the new McLaren Production Centre fully operational, it is anticipated that McLaren will build up to 4,000 cars yearly.