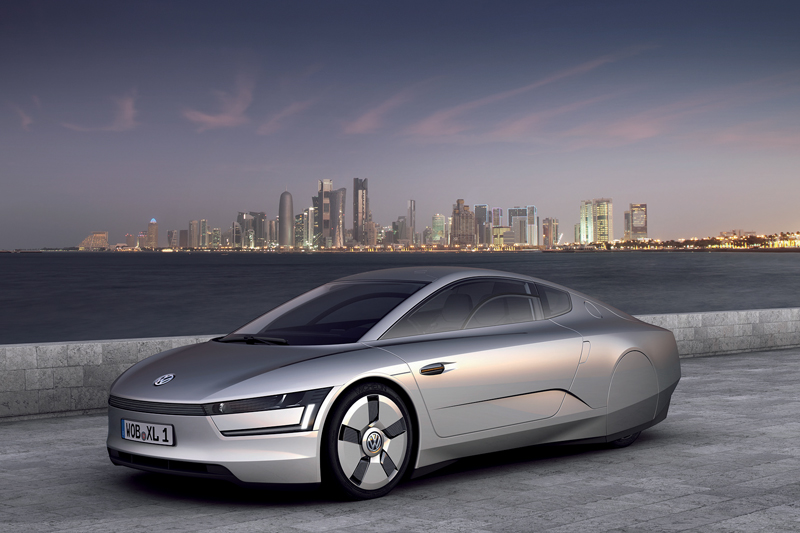 Future mobility is one of the most stimulating topics of our time. The key question here: Just how much could the energy consumption of cars be reduced if all the stops were pulled out for efficiency? There is now an answer to this question, and Volkswagen is delivering it in the form of the new XL1. Combined fuel consumption: 0.9 l/100 km. No other hybrid car powered by an electric motor / internal combustion engine combination is more fuel efficient.

Conceptually, the XL1 represents the third evolutionary stage of Volkswagen’s 1-litre car strategy. When the new millennium was ushered in, Prof. Dr. Ferdinand PiÃ«ch, who is today Chairman of the Supervisory Board of Volkswagen AG, formulated the visionary goal of bringing to the market a production car that was practical for everyday use with a fuel consumption of 1.0 litre per 100 km. In the new XL1, Volkswagen is demonstrating that this goal is now within reach. 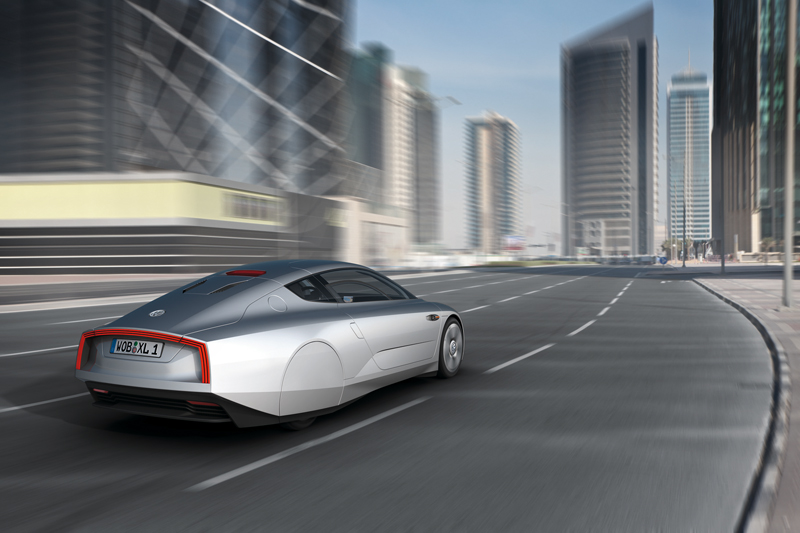 The new Volkswagen XL1 attains a CO2 emissions value of 24 g/km, thanks to a combination of lightweight construction (monocoque and add-on parts made of carbon fibre), very low aerodynamic drag (Cd 0.186) and a plug-in hybrid system - consisting of a two cylinder TDI engine (35 kW/48 PS), E-motor (20 kW/27 PS), seven-speed dual-clutch transmission (DSG) and lithium-ion battery. The results: with fuel consumption of 0.9 l/100 km, the new Volkswagen XL1 only emits 24 g/km CO2. Since it is designed as a plug-in hybrid, the XL1 prototype can also be driven for up to 35 kilometres in pure electric mode, i.e. with zero emissions at point of use. The battery can be charged from a conventional household electric outlet. Naturally, battery regeneration is also employed to recover energy while slowing down and store as much of it as possible in the battery for re-use. In this case, the electric motor acts as an electric generator. 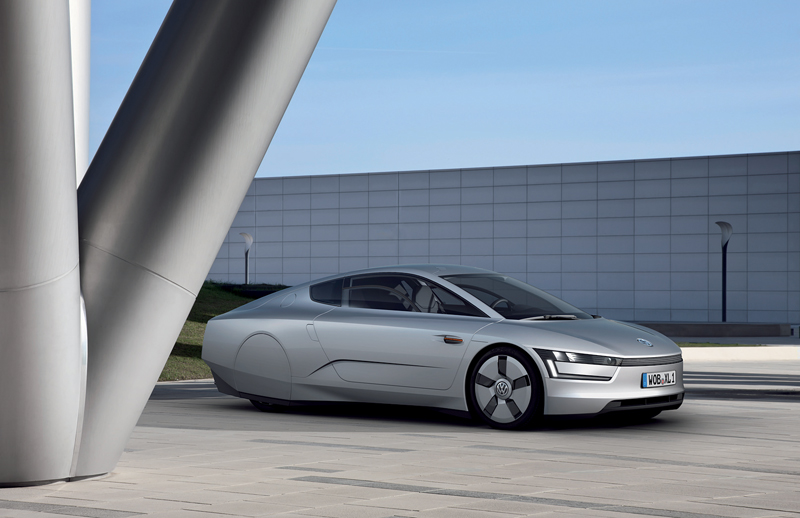 Despite the very high levels of efficiency, developers were able to design a body layout that offers greater everyday practicality, incorporating side by side seating rather than the tandem arrangement seen in both the first 1-litre car presented in 2002 and the L1 presented in 2009. In the new XL1, wing doors make it easier to enter and exit the car. Further progress has been made by manufacturing body parts from carbon fibre reinforced polymer parts (CFRP), a technique used in Formula 1 car construction. Once again, Volkswagen has successfully achieved significant reductions in production costs — an important step forward to make viable a limited production run of the XL1. Background: together with suppliers, Volkswagen has developed and patented a new system for CFRP production in what is known as the aRTM process (advanced Resin Transfer Moulding).