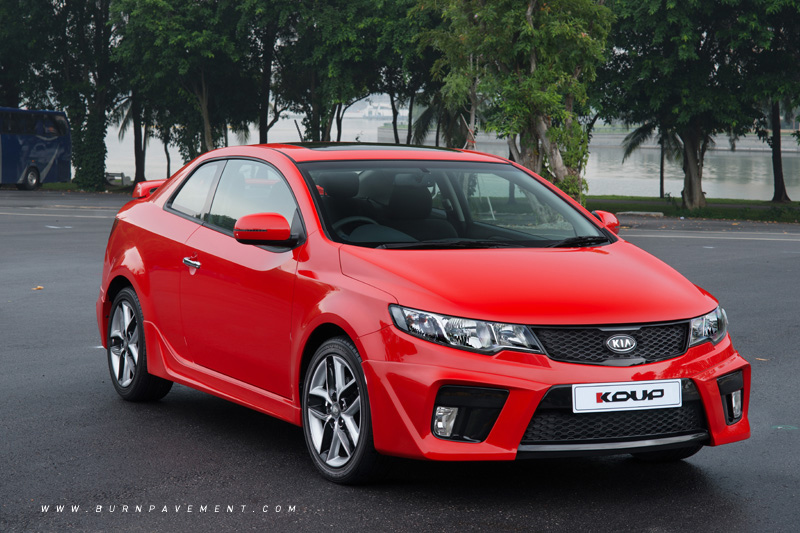 Forte Duo Stay Ahead Of The Rest

Less than two years after transforming itself into a heavyweight player on the local motoring scene with the launch of the Cerato Forte, Kia is taking another leap forward.

Since setting new standards in their respective classes for style, sophistication and value, the award-winning Cerato Forte sedan and Forte Koup two-door coupehave gained a host of next-generation upgrades. The new features will enable both cars to build on their success – from the start of the year through the end of October, the Cerato Forte has been the second best-selling car in Singapore, while the Koup has been the top-selling two door car here.

The key improvement among the enhancements are all-new six-speed transmissions for the Forte duo, replacing the four-speed automatic and five-speed manual transmissions previously available. Until recently, six-speed transmissions were found in only the most expensive of luxury models. They are still quite rare in the realm of mainstream cars, with very few rivals of the Cerato Forte and Forte Koup able to offer such a refinement. With six speeds, the new transmissions provide the dual benefit of improved acceleration with lower fuel consumption. This is true for both the Cerato Forte and Forte Koup, whether in 1.6 litre or 2.0 litre form. To complement the agile and responsive handling of the Forte duo, the six-speed automatic transmissions are also equipped with paddle shifters behind the steering wheel. Inspired by similar systems on Formula One racing cars, these paddle shifters allow the driver to manually select gears with a simple flick of the fingers, enabling the precise and rapid control of the transmission that sporty driving demands. 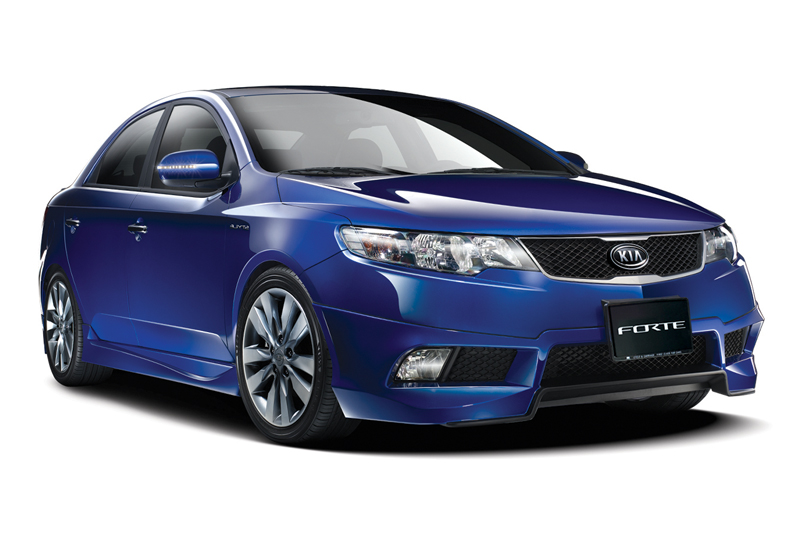 While the Cerato Forte and Forte Koup were equipped from Day One with the latest generation features to exceed the expectations of discerning drivers, Kia is going one better with the addition of even more equipment for all available versions. The wide stance and athletic lines of both models are tastefully enhanced with the addition of LED indicator repeaters on the wing mirrors. These not only improve the already dramatic looks of the Forte duo, but add to an already long list of safety features by better communicating the driver’s intention to change direction. The cockpit environment also receives new features in both cars. A new boot-type wrap adds a dash of class and style to the transmission lever, for starters. Drivers of the enhanced Forte duo will also be delighted to find a set of Bluetooth controls on the steering wheel, for seamless operation of compatible hands-free mobile phone headsets. These not only take Bluetooth integration to new levels, but are yet another important safety feature, ensuring that the driver’s hands never stray far from the steering wheel, where they belong.