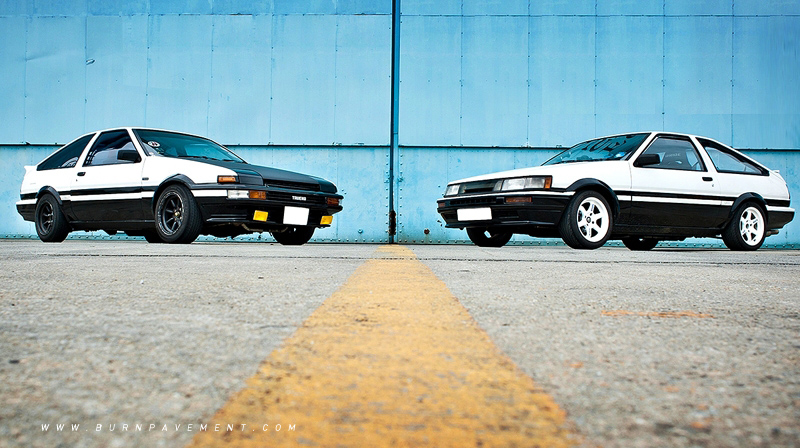 Riders On The Storm | Toyota Trueno And Levin

The first one is significant because that’s the year my missus was born and it would be suicidal for me to miss that on my calendar. On the second account, I remembered that year particularly because that was when McDonalds first introduced chicken McNuggets and you have all those kids screaming for it in the queue, on the bus and everywhere else within the radius of the yellow “M” sign.

What I am going to tell you next is even more remarkable because you get grown-up men yelling about it, and it’s not even female. Because in 1983, the Toyota AE86 was born. For those who gave credit to Takumi Fujiwara (that tofu-delivery boy) for making the AE86 such a phenomenon in recent years, they are clearly missing out on the real deal. 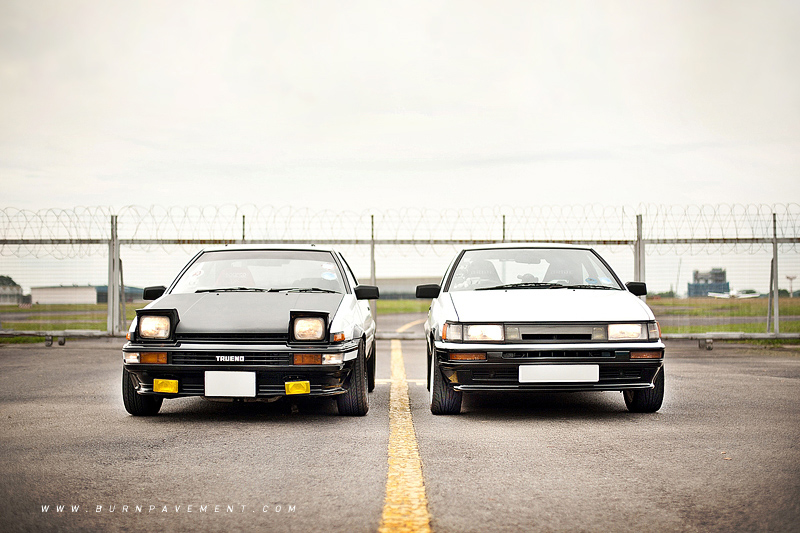 Instead, it was Keiichi Tsuchiya, the Japanese Drift King who took it sideways around the corners and popularized it with such reverberating fanaticism which transformed the fortunes of what was once an underground sport. Drifting in modern days has become a worldwide culture. Without Tsuchiya, Takumi might be transporting his tofu in a Nissan Silvia S15. But what is so special about these automotive antiques? 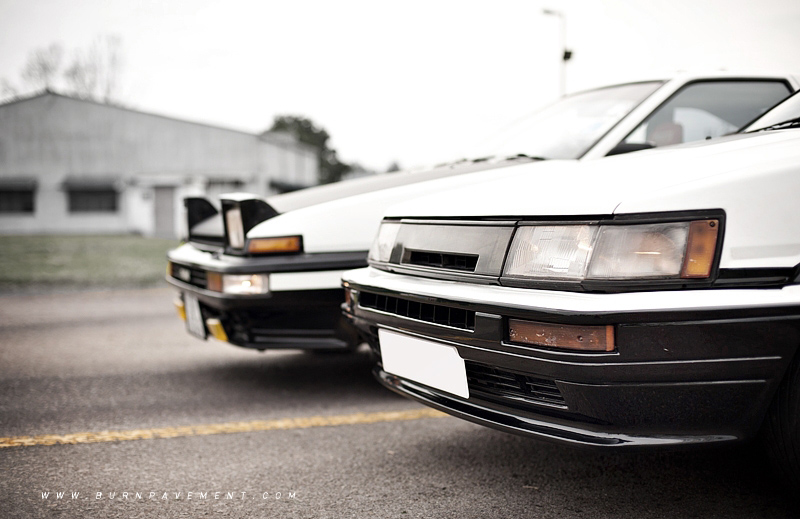 27 years ago, Toyota built the AE86 generation of the Corolla and produced two variants of the two-door coupe, them being the Toyota Corolla Sprinter Trueno and the Toyota Levin. They were referred to as the Hachi-Roku twins, where Levin and Trueno stood for “Lightning” and “Thunder” respectively. In Japan, there were differing trims such as the GT, GT-APEX and GTV, all bearing the DOHC 4A-GEU engines. The doppelgangers were nearly identical, except for the flat and rectangular headlights of the Levin as compared to the nostalgic pop-up lights for the Trueno. 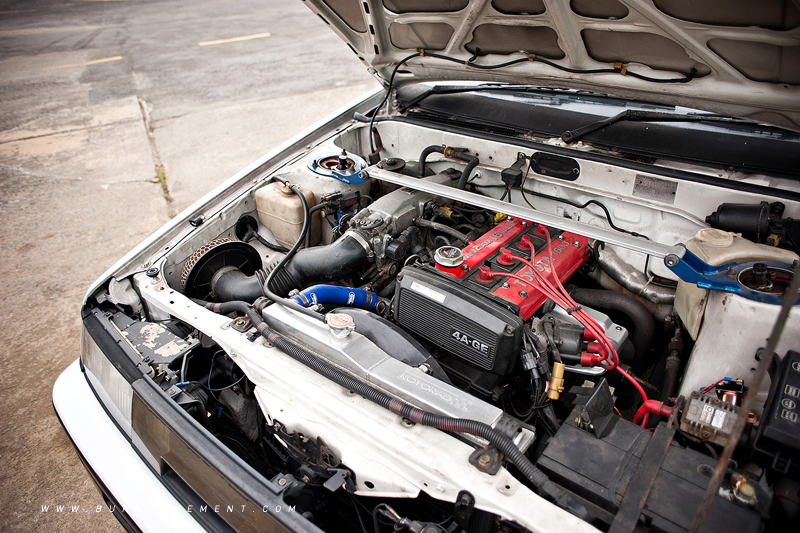 The manufacturers packed 125 horsepower in the 1587cc 4A-GEU engine which was tracked along a fuel-injected four-cylinder DOHC platform, equipped with the Toyota Variable Intake System (T-VIS). They even gave it an optional Limited Slip Differential (LSD) and all-round disc-brakes. You know it’s not fantastic but we’ll move on. 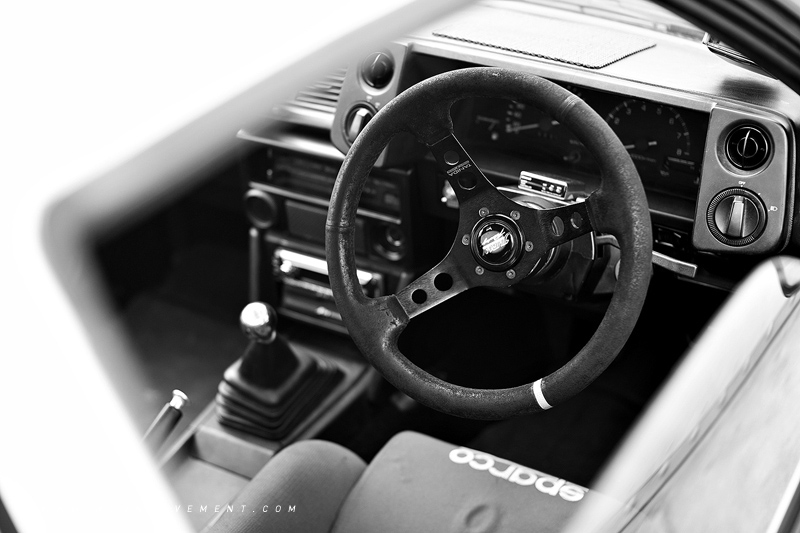 Let’s talk about what the car doesn’t have. You have less gadgets to tease yourself with because it does not have any luxurious electric seats and climatic air-conditioning. The seats are broad and outdated like those on your public buses, and the unimaginative dashboard suggested that the designer might have used some spares from that scrapped Toyota Crown. You feel like a cab-driver fetching your grandparents and you have to put up with that annoying speed chime. 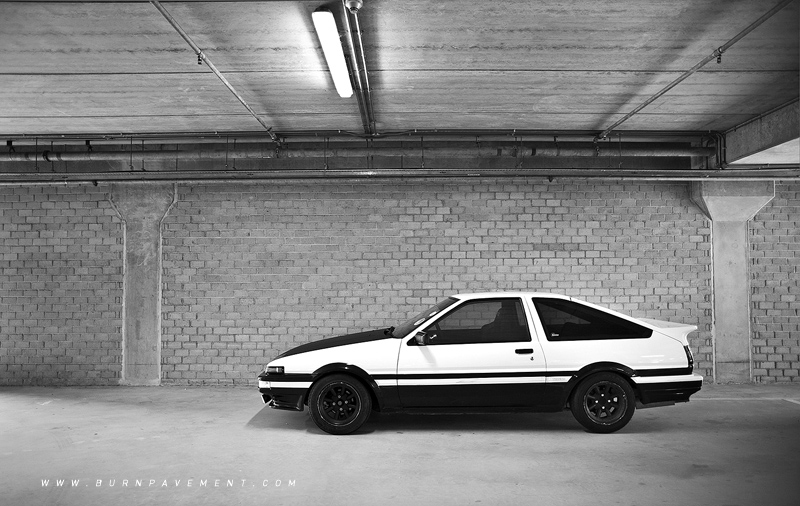 The Drift King however, analyzed the Hachiroku differently. Weighing at just 950 kilograms, it liberated the natural dynamics of the car and placed total control in the hands of a competent driver. He exhibited to the world why we don’t need side signal indicators for the car, simply because it negotiates visible turns sideways. It is capable of high-speed inertia drifts and multiple burn-outs that falls nothing short of the flashy Silvias. 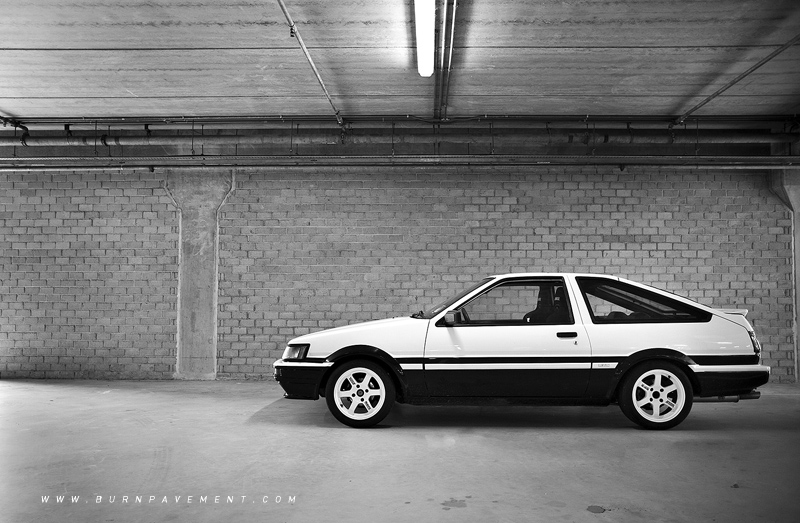 The flat insipid seats can be swapped out for Brides and a Sparco deep-dish for that hideous steering wheel. Throw in a 20-valve or forced induction and it howls impressively up to 7,200rpm (and more). The five-speed manual is more than enough because you hardly need to hit the fourth when you are sweeping the fallen leaves off Kent Ridge. And if you still can’t get an orgasm out of that, I suggest you drive down to the Neo Tiew turns and try to last a minute or two. The grimy Neo Tiew tracks are cardio stimulating for a Touge time attack with the sporadic prime-movers in the opposite lane and your random cyclists. 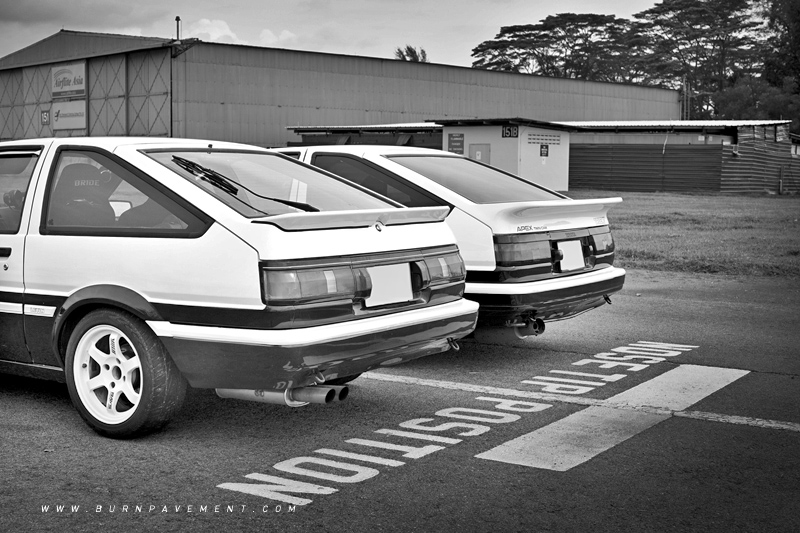 So in a Hachiroku, it is not about the features and technologies. You just drive it. You have no time for luxury and you don’t need leather seats or DVD players to keep yourself occupied. The drive is already an exhilarating form of pure entertainment. It is an authentic rear-wheel drive and the rhythm gets to you. You wrap your wheels with Kumho and start burning some rubber. I reiterate, it is an AE86 and you don’t drive it like a sissy, you thrust it sideways... 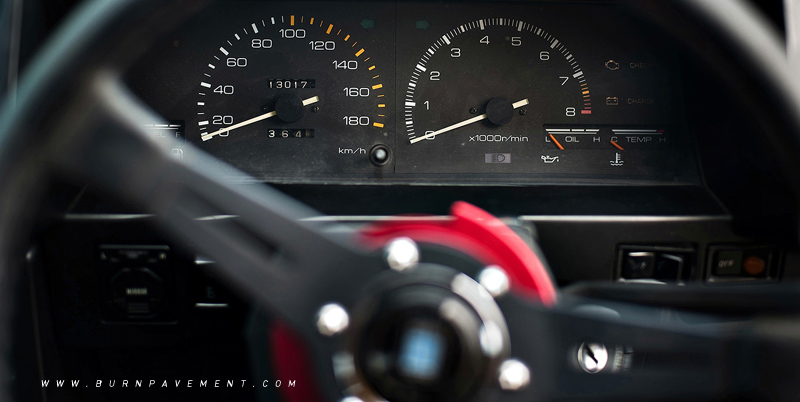 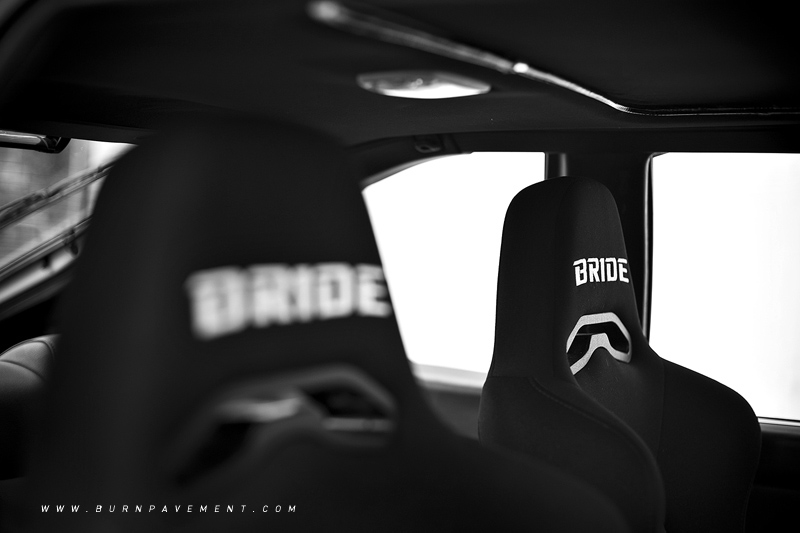 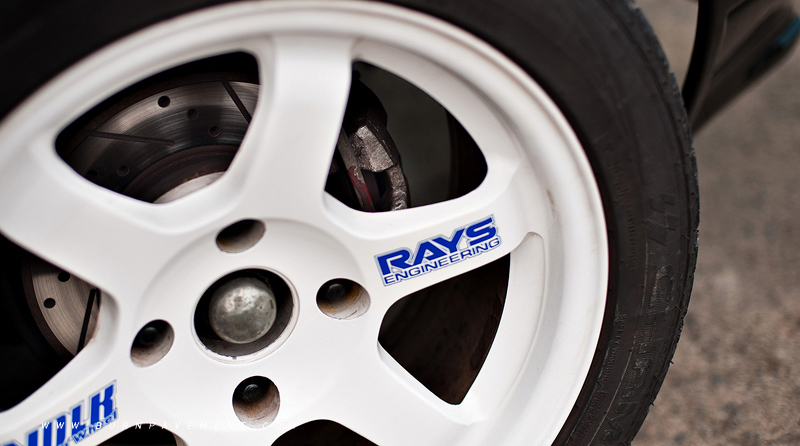 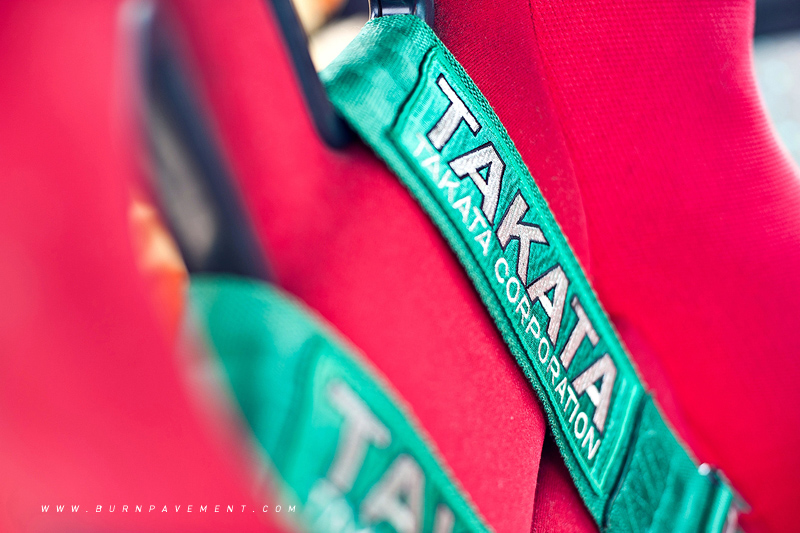