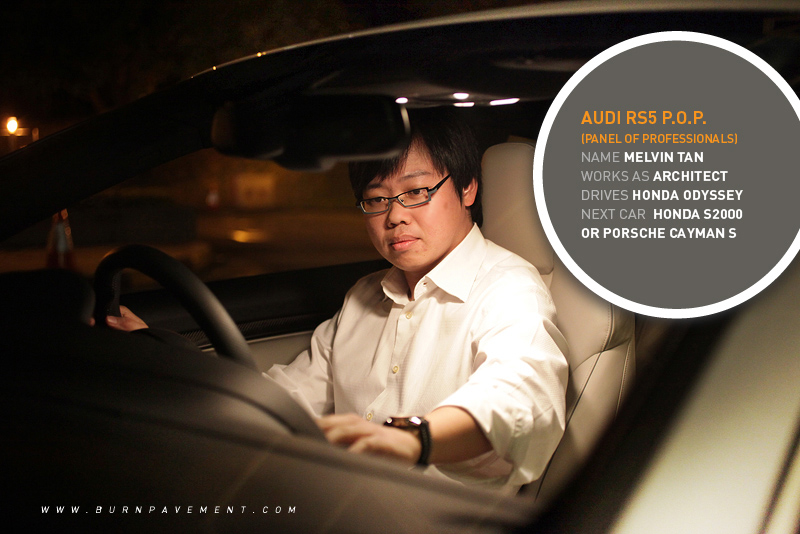 Our panel of professionals (P.O.P.) strap themselves up in the passenger seat and get up close and personal with the Audi RS 5. Hear what they have to say about their experience with the car.

Every now and then we'll invite a panel of professionals - high-flying individuals who consider the subject car as a viable upgrade - to give their take on the car after a ride and some intimate time with it (they don't get to drive though - sorry guys).

Our very first P.O.P. session is with three white-collar executives who are experts in their own right, and they've taken some time off (who wouldn't?) to give their two cents on the Audi RS 5.

MELVIN: Essentially, it's a nice beefy car, great for cruising up to Gala events, but maybe not so to the construction sites. As an architect, the clean elegant lines, that are undeniably Audi, go down well with me. 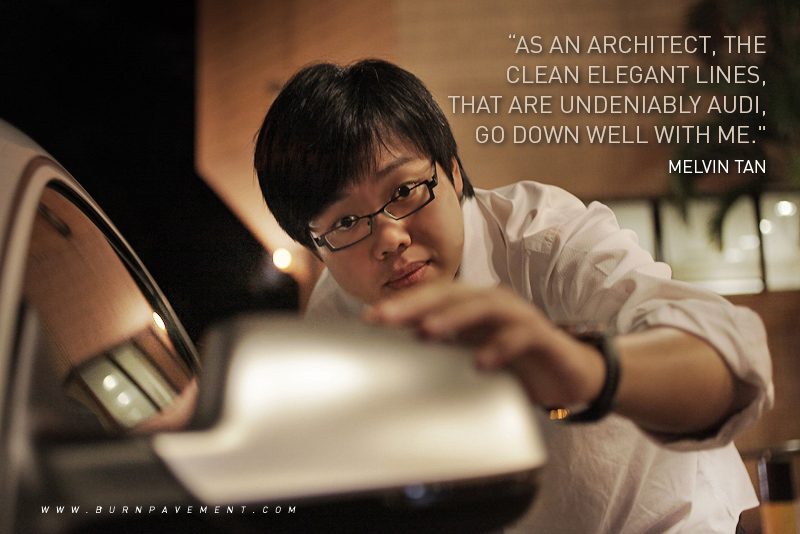 MELVIN: However, the looks are somewhat tame considering the monster engine and that fantastic growl. The exhaust note just makes me want to accelerate so that I can lift off again to hear the engine blip on down shifts. 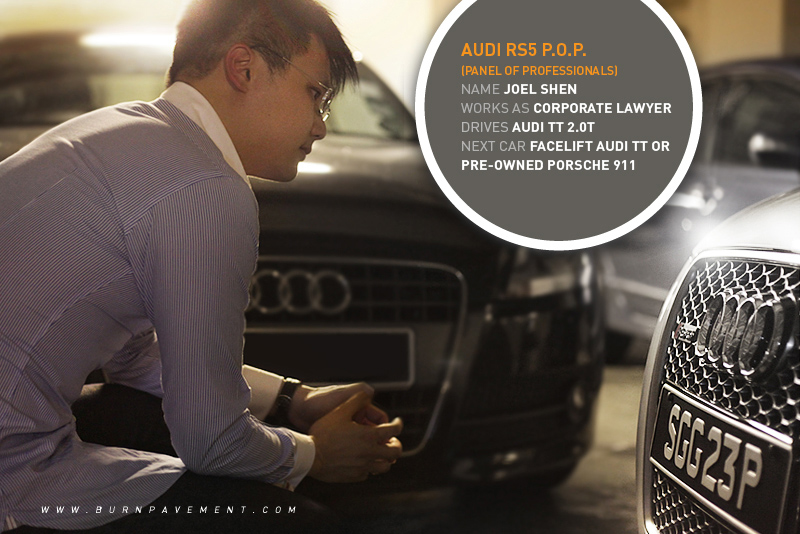 JOEL: Looking at the RS5 in the metal for the first time, it quickly becomes apparent that none of the pictures I had seen to date really do it justice. It's not a car that overtly declares its pedigree but up close, one fully appreciates the subtle detailing that sets it apart from its more prosaic cousins - the squared-off wheel arches, oval exhaust tail pipes (purely aesthetic, I'm told), enlarged air intakes and silvered honeycomb radiator grille unique to Audi's RS line. 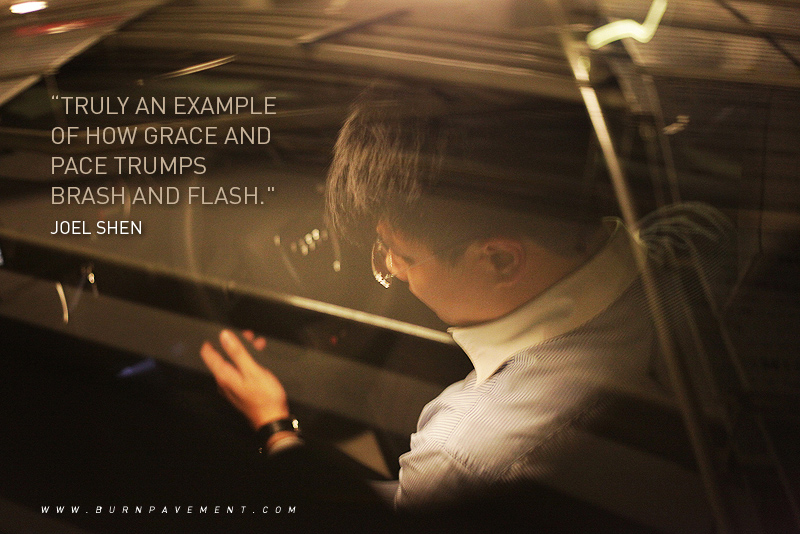 JOEL: At first blush, the subtlety of its design seems to translate into its performance - the RS5 canters easily in comfort mode. But put it into dynamic and its hitherto civilised engine note opens into a sonorous deep-throated growl, and then a bright, high-pitched roar as the car hurtles down the tarmac, leaving a gaggle of poorly modified WRX-es in its wake. Truly an example of how grace and pace trumps brash and flash. 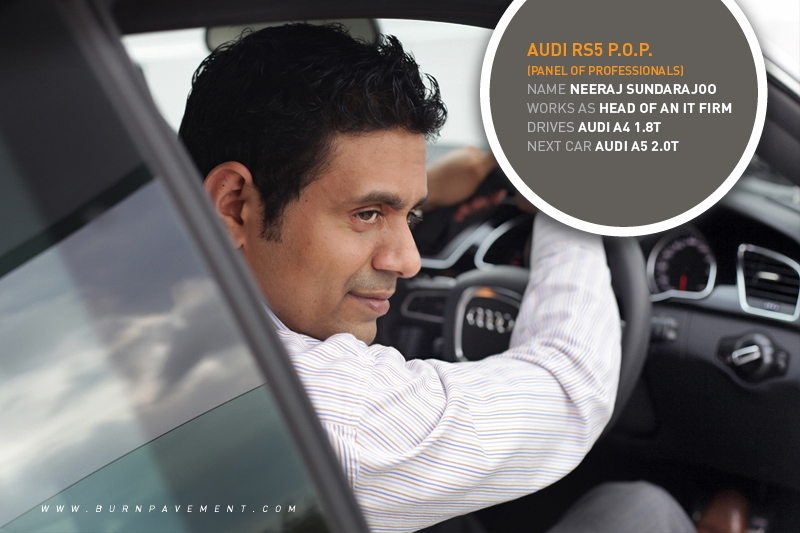 NEERAJ: When I first laid eyes on the car, the odd shade of white put me off. But then the sheer stance of the wide-body coachwork more than made up for it. Being a fan of the A5 and having test driven it as a possible next car for myself, I had to see what the RS 5 was all about. 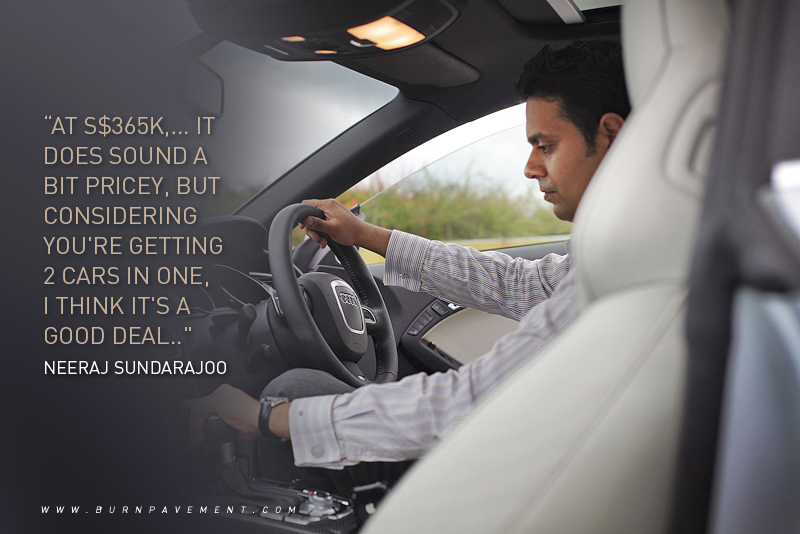 NEERAJ: When the Drive Select was set in "Comfort" mode, the car felt like any ordinary Audi, plush and comfortable. But once the "Dynamic" mode was selected, the whole demeanor of the car changed. Dr. Jekyll had become Mr. Hyde! The sound in particular, was epic. At approximately S$365K, the car does sound a bit pricey, but considering you're getting 2 cars in one, I think it's a good deal.