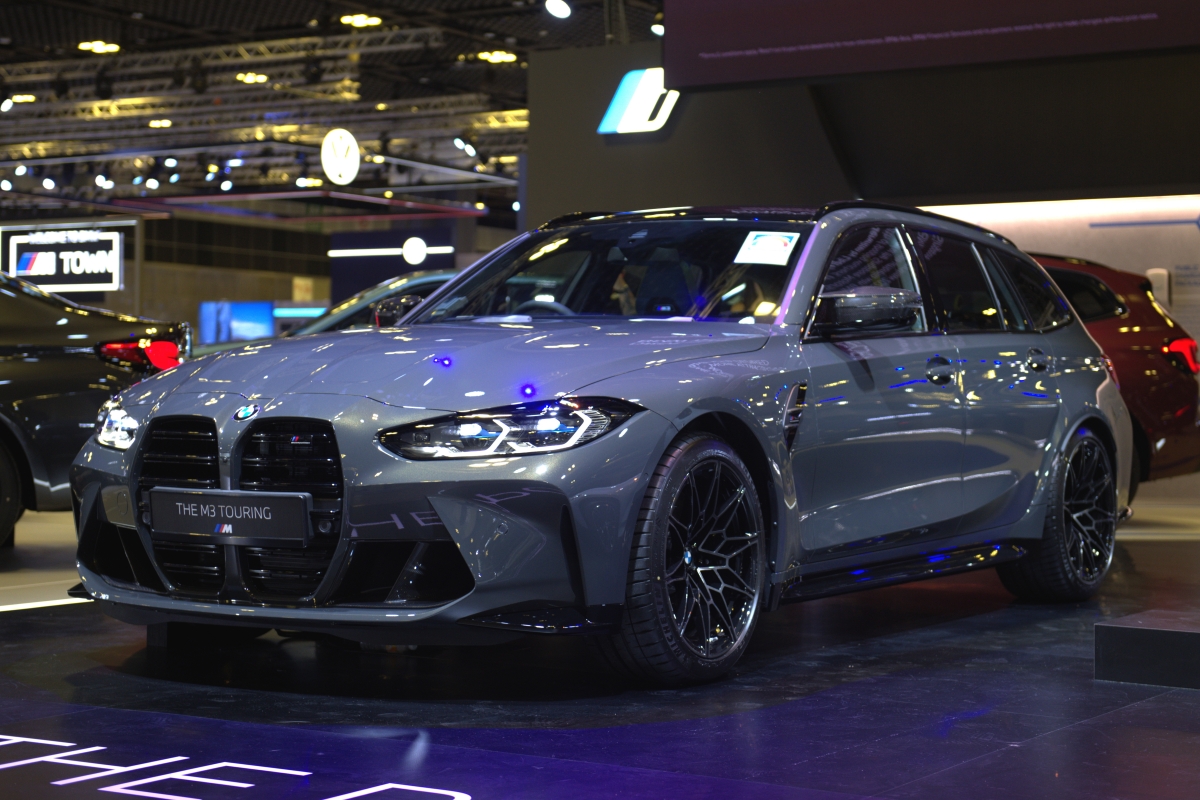 11 Petrolhead-Apropos Highlights of the Singapore Motorshow 2023

We're glad to see our local Motorshow back after a three-year hiatus, still with offerings for the hardcore petrolhead

After the pandemic-wrought shutdown wrecked plans for the past three years, Suntec City Level 4 is now bustling with cars once again at the Singapore Motorshow 2023. While relatively modest compared to previous shows, it’s a welcome start nonetheless. Here are our five must-see picks and six notable mentions for the hardcore petrolhead before this era ends.

Here it is in all its stunning glory, the G81 M3 Touring. With 510hp and 650Nm of torque, 0-100km/h is dispatched in just 3.6 seconds while offering enough space for that Ikea and Giant shopping run. What's not to love? This will likely be the swansong of the pure internal combustion engine (ICE) M3 though, so strike while the iron is hot. 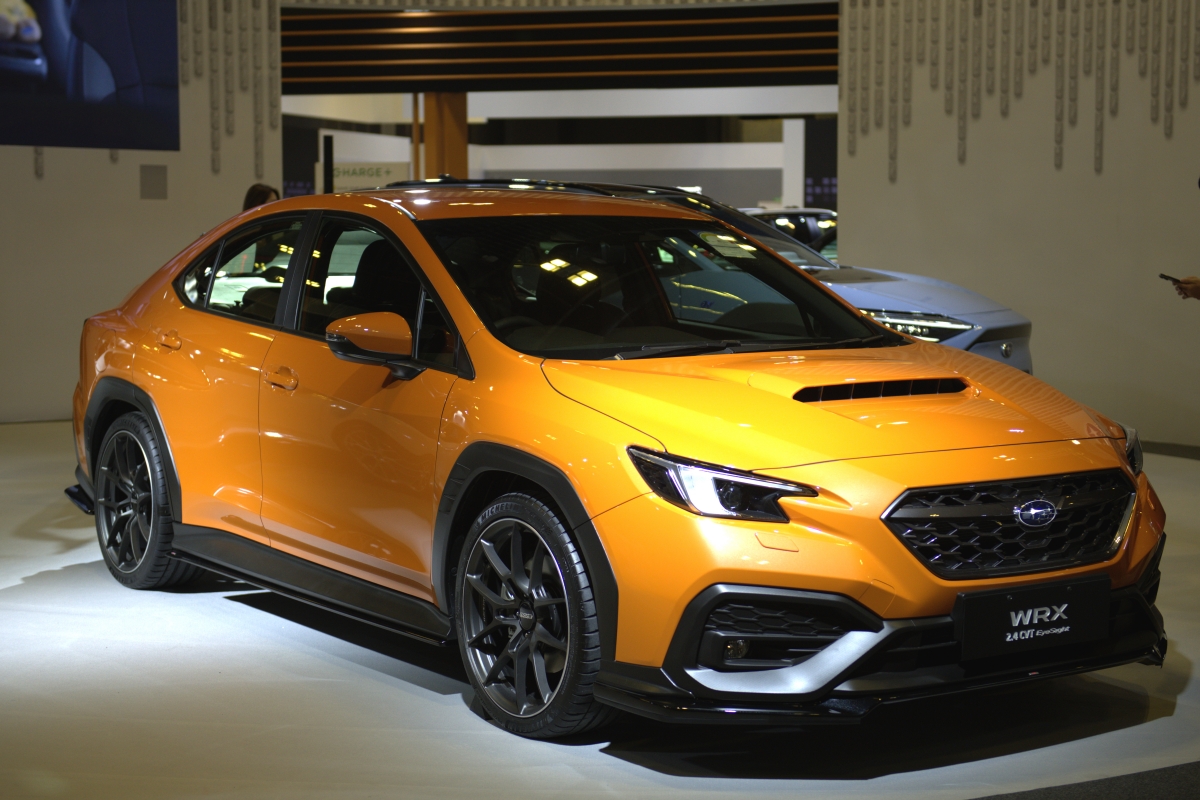 Here's another swansong after the sunsetting of the ICE STI. This last-of-era 275hp and 350Nm of torque WRX soldiers on, carrying the flaming torch of ICE, and whether you like the looks or not is a different matter. Remember, previous generations of STI had 280hp, and this WRX is right up against that number. Feels it from the driver's seat too. We had a chance to drive both the Sedan and Wagon versions around a closed circuit in anger, and the Grovel Wagon is (un)surprisingly more keen to rotate its back-end in the twisties. Plus, given that this WRX Wagon is actually more roomy and spacious than the BL/BP Legacy of yesteryear, you have a recipe for practicality AND fun all rolled up into one neat Japanese rally-hero inspired package. Register your interest with any sales consultant at Subaru's stand. 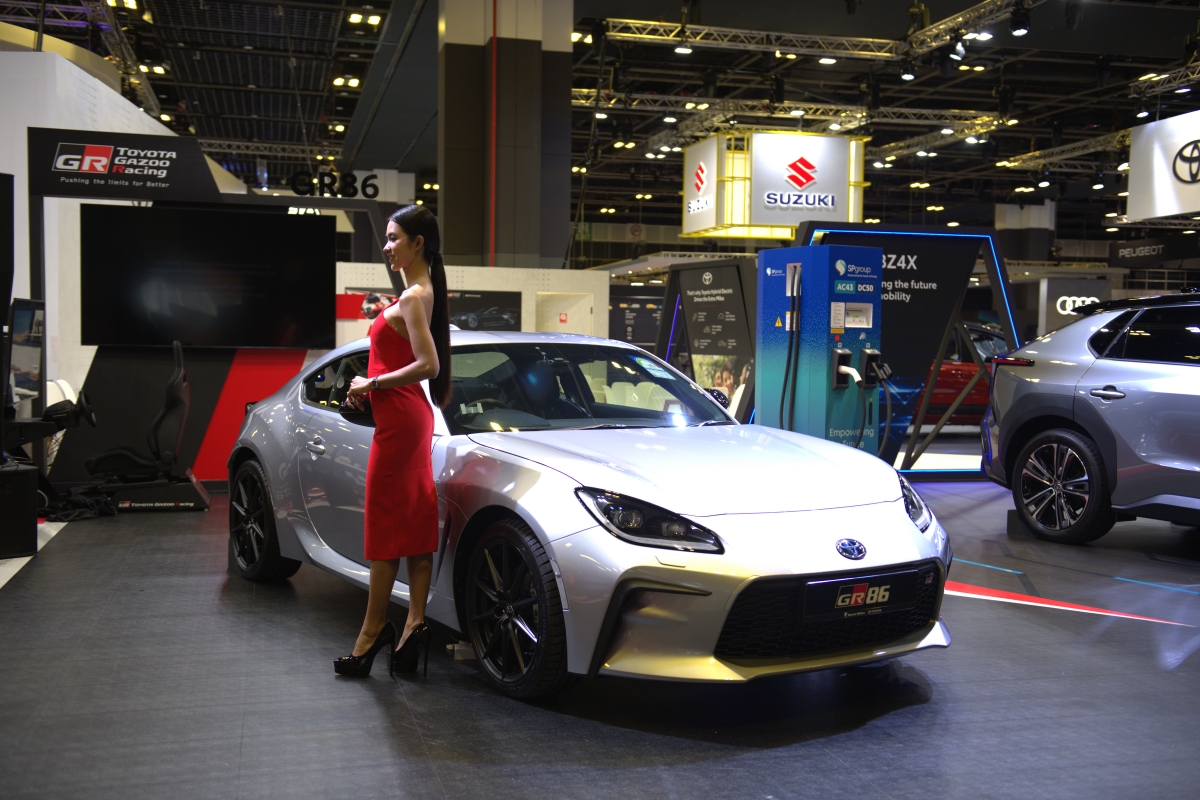 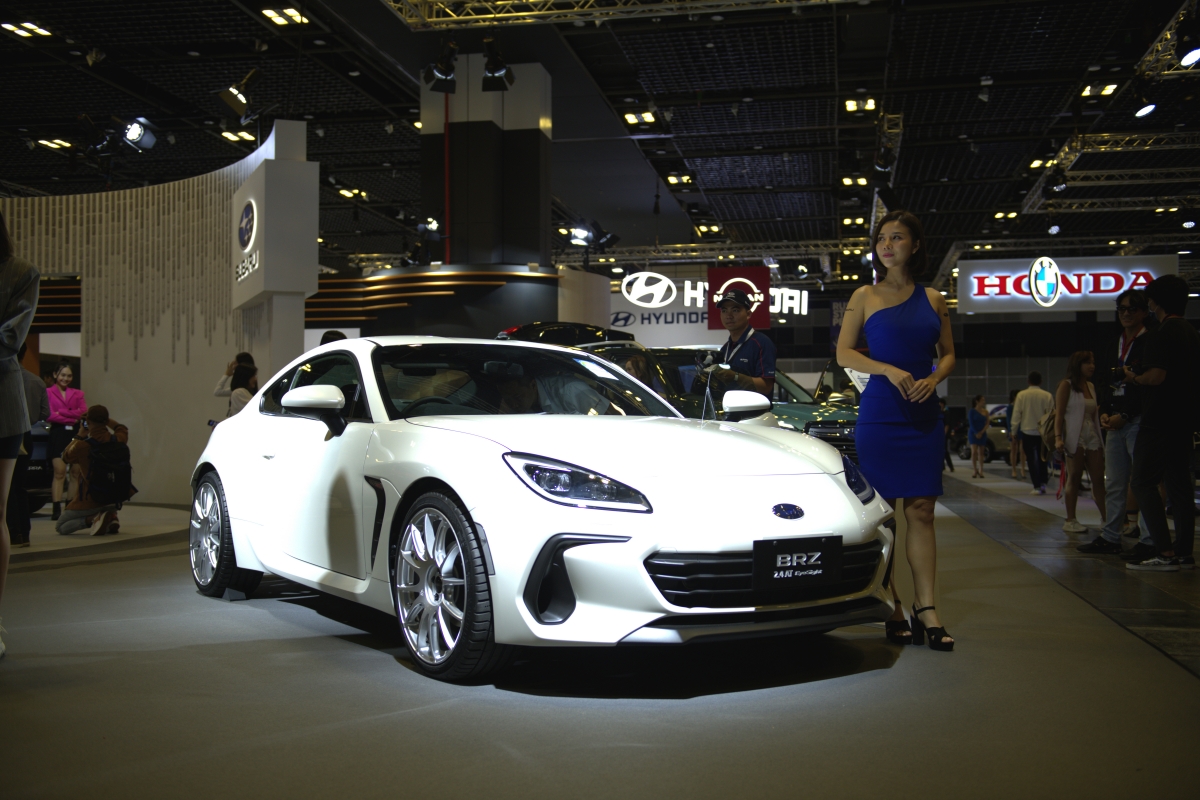 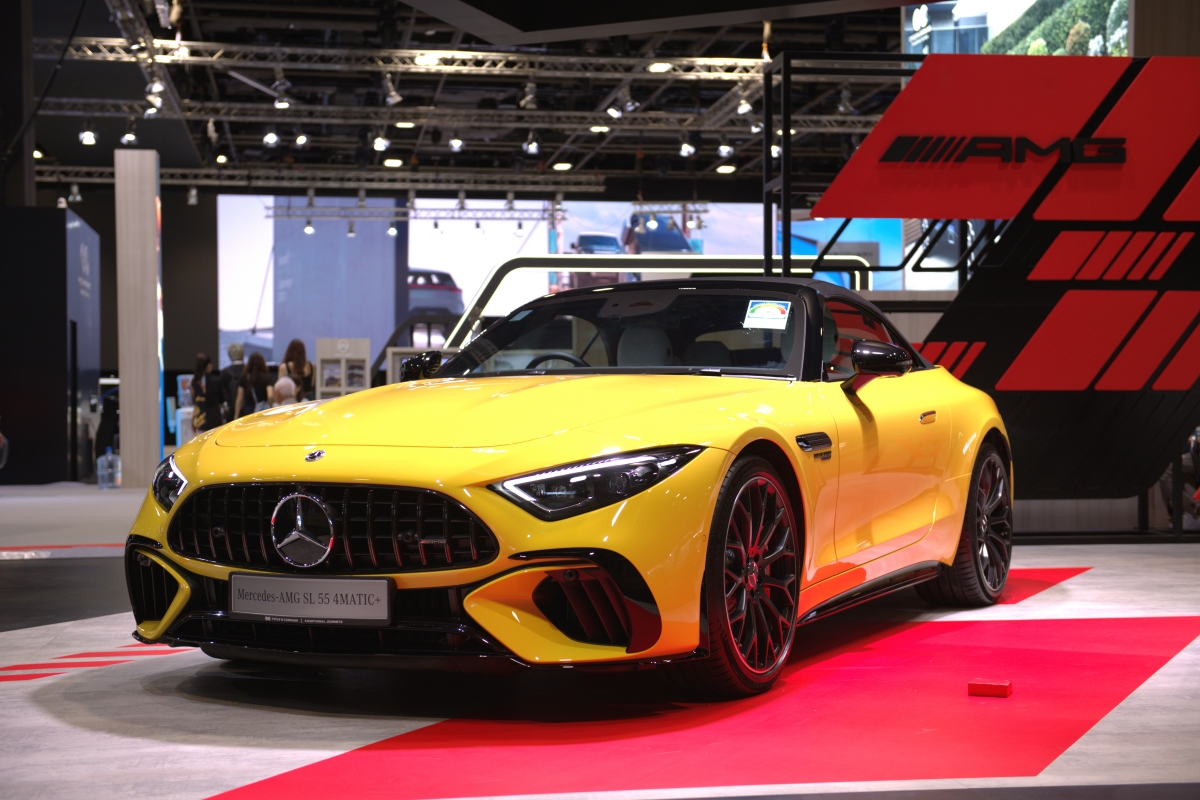 For the more well-heeled petrolhead who prefers to drop the top, the SL55 4MATIC+ awaits. 475hp and 700Nm will move this AMG Merc with urgency but won't blow the wig off anyone thanks to its well-insulated interior with top down. If the weather is clear but muggy, turn on the AIRSCARF system and stop the sweats. Plus in bright banana yellow, it's sure to catch eyes and turn heads as you cruise down Marina Boulevard. 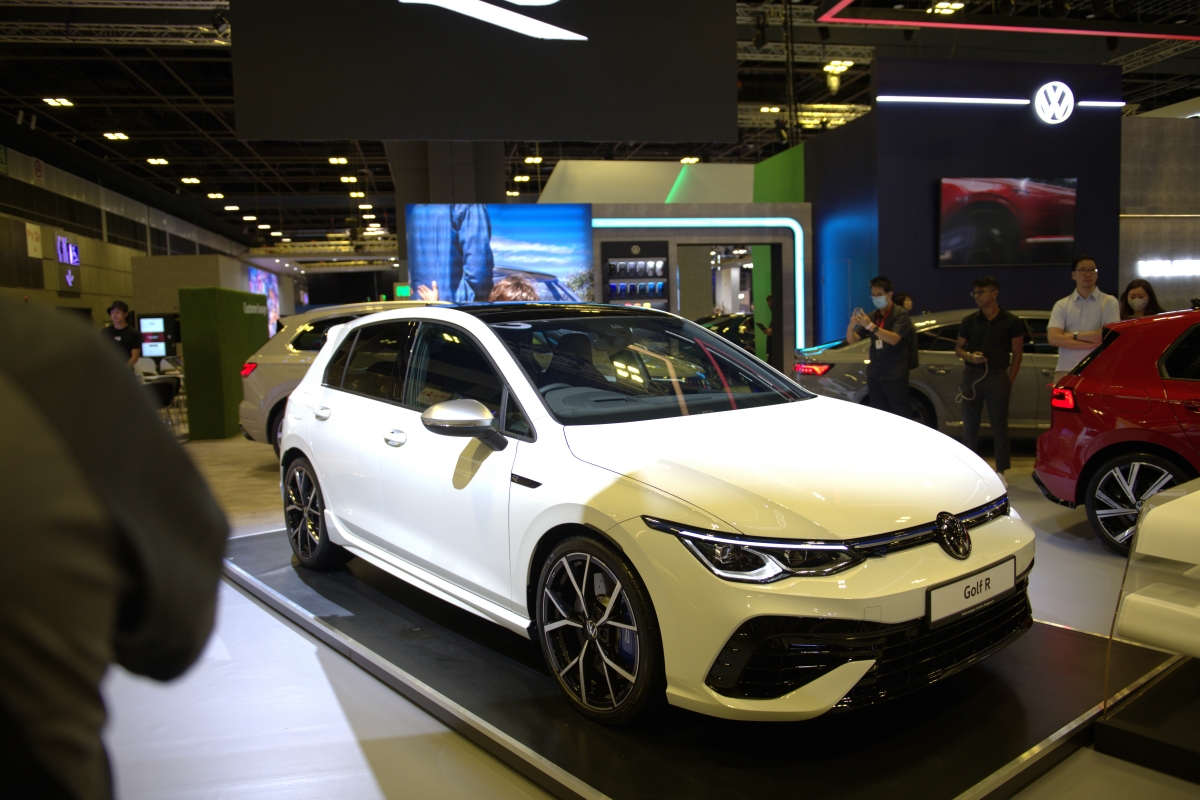 Here in Mk.8 guise, the Golf R represents the modern-day Euro-staple of petrolheadery. With 320hp and 420Nm of torque being sent to the road through a part-time all-wheel drive system, and cast in a convenient hatchback form, the Golf R represents quintessential everyday commuting and practicality with pep, frustrating touchscreen climate controls notwithstanding. 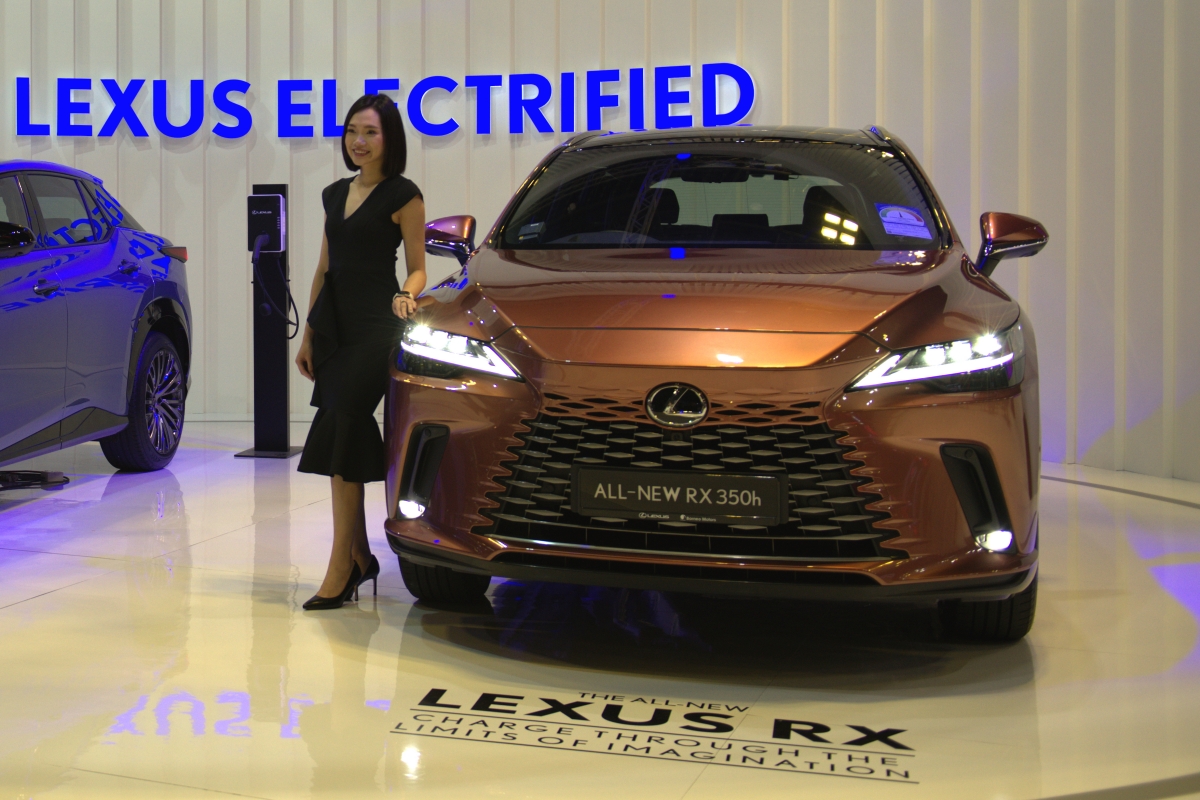 There will likely come a time where petrolheadery would need to make way for petrol-frugality during the daily doldrums on the road. This is where the Lexus RX 350h comes in as a worthy contender. We've driven its smaller sibling, the NX 350h, and came away impressed at how it's frugal 2.5-litre hybrid powertrain returned as close as makes no difference 20km/litre, be it in pure street or mostly-highway driving. The RX 350h has the same powerplant, so it will be interesting to see how frugal this SUV can be, all the while cosseting one in the lap of Japanese luxury. 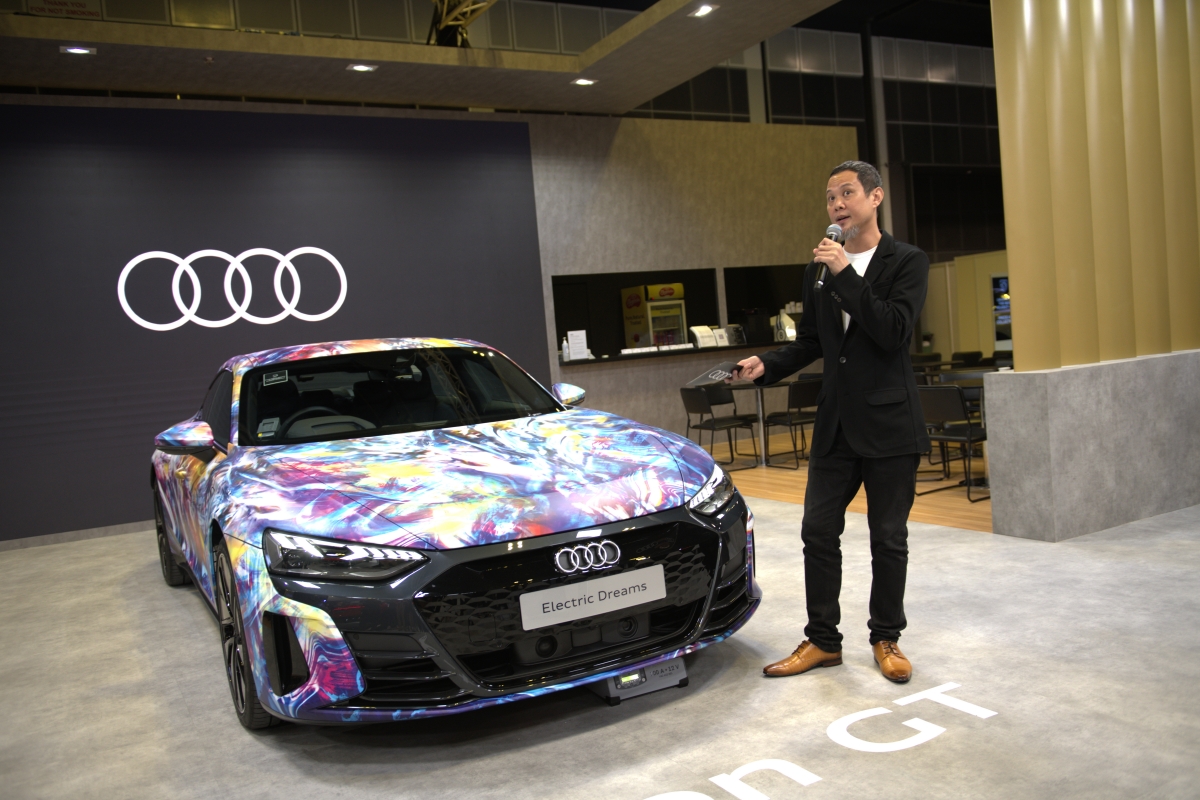 The RS e-tron GT blew me away and is worthy of a well-heeled petrolhead's consideration. Here at the Motorshow, its non-RS sibling can be seen decked out in multiple layers of AI-generated art, done by Singapore-based multi-disciplinary artist Andy Yang. This car is called Electric Dreams e-tron GT for that very reason. 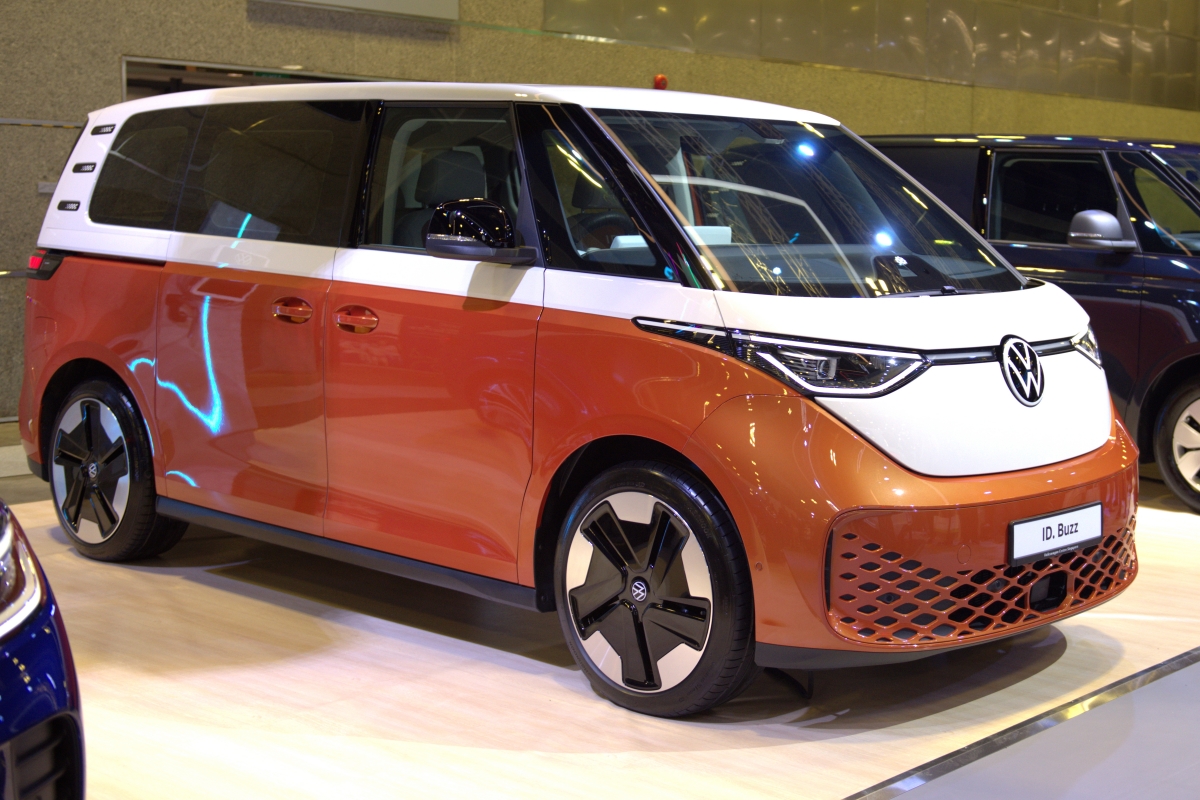 The ID. Buzz has created worldwide buzz for a good reason. Inspired by the vintage Kombi van from the flower-power hippie era, but modernized for today and the future with electric drive, there's every reason why a petrolhead should wander inside for a sit and look. 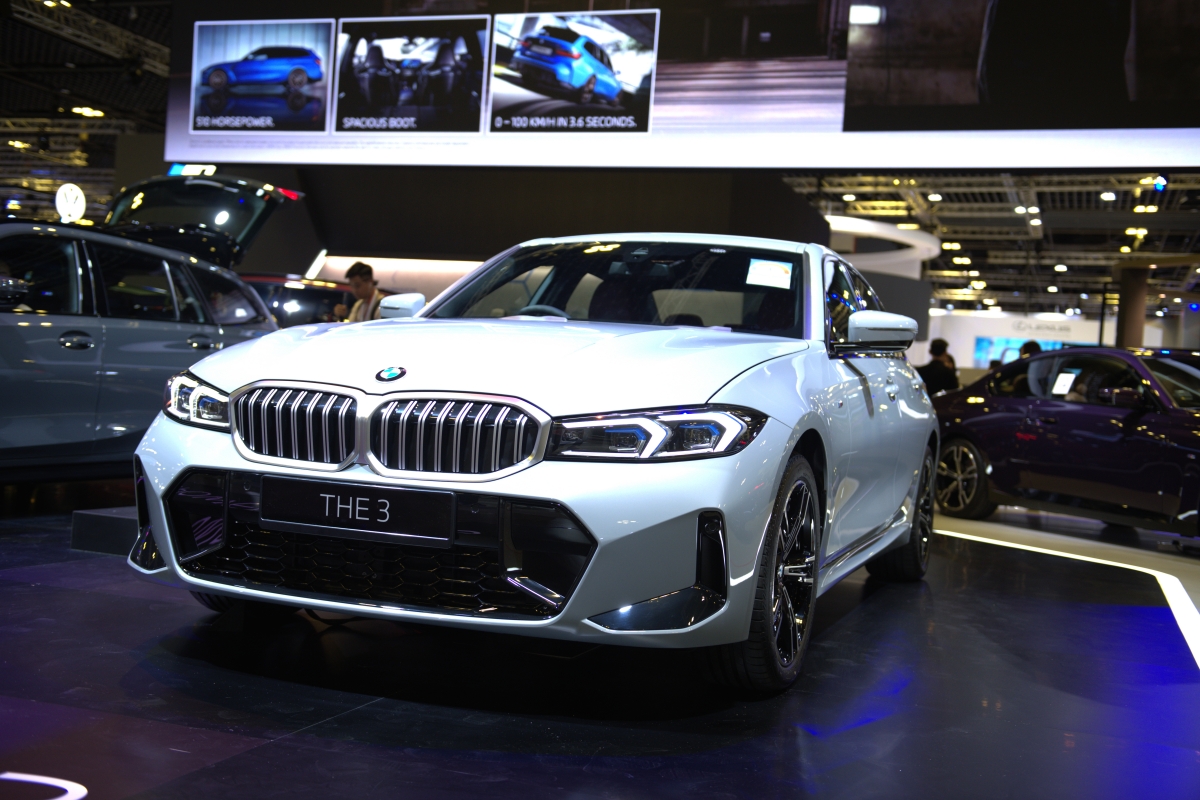 This is the mid-cycle refresh, or Life Cycle Impulse (LCI) as BMW calls it, of the seventh generation G20 3 Series. Available in turbo four-cylinder guise and badged 318i and 318i M Sport with 156hp and 250Nm of torque, and as a three-litre six-cylinder turbo all-wheel drive variant M340i xDrive putting out 374hp and 500Nm of torque, the sedan-staple of the BMW stable is certainly Motorshow view-worthy. 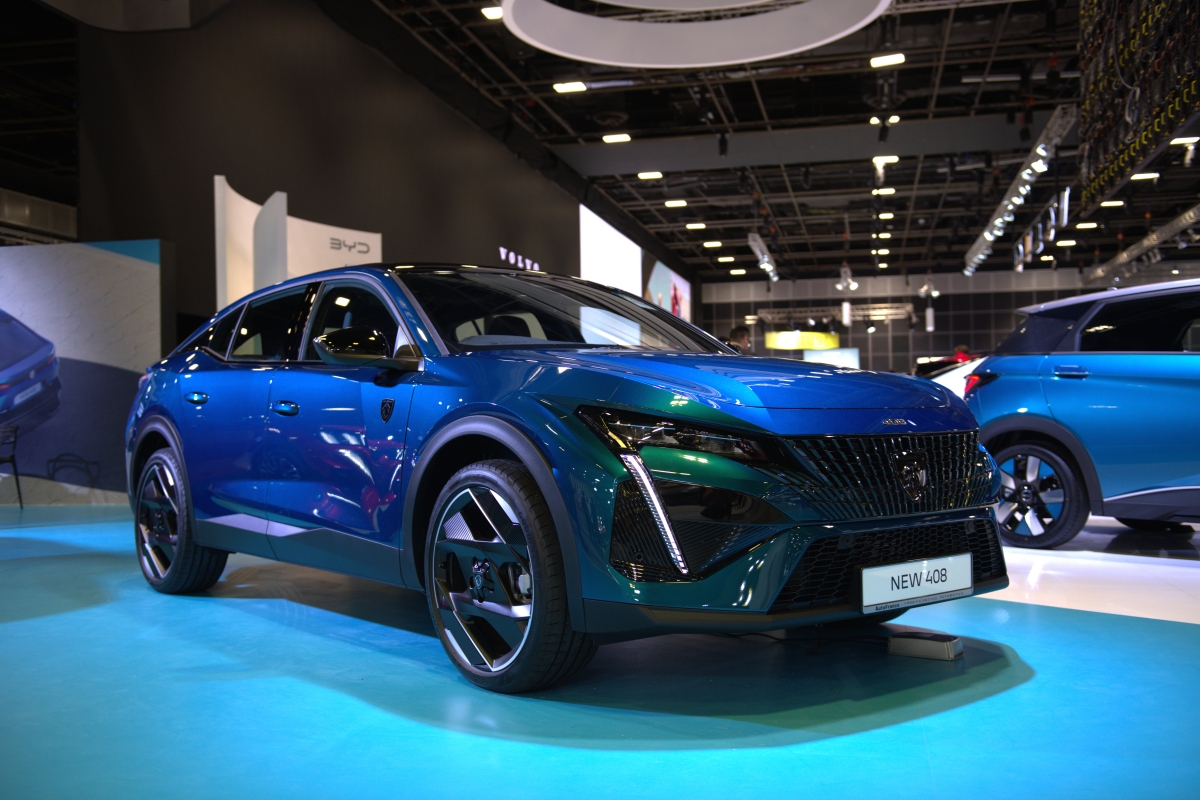 Have you desired a vehicle that sits, height-wise, in between a sedan and SUV? Well, Peugeot has you covered there with its all new 408. No one is going to mistake this for another brand of vehicle, for Peugeot’s aesthetic branding is strong and unique, ensuring that your car will stand out amongst a sea of generic-looking econoboxes on the roads and in carparks. Look at the daytime running lights (DRL) arrangement! And those snazzy-looking 20-inch rims. The 408 will be sold with a 1.2-litre turbocharged petrol engine putting out 128hp and and 260Nm of torque. If my experience with the Peugeot 2008 is anything to go by, the 408 will be BRILLIANT for cruising around in. 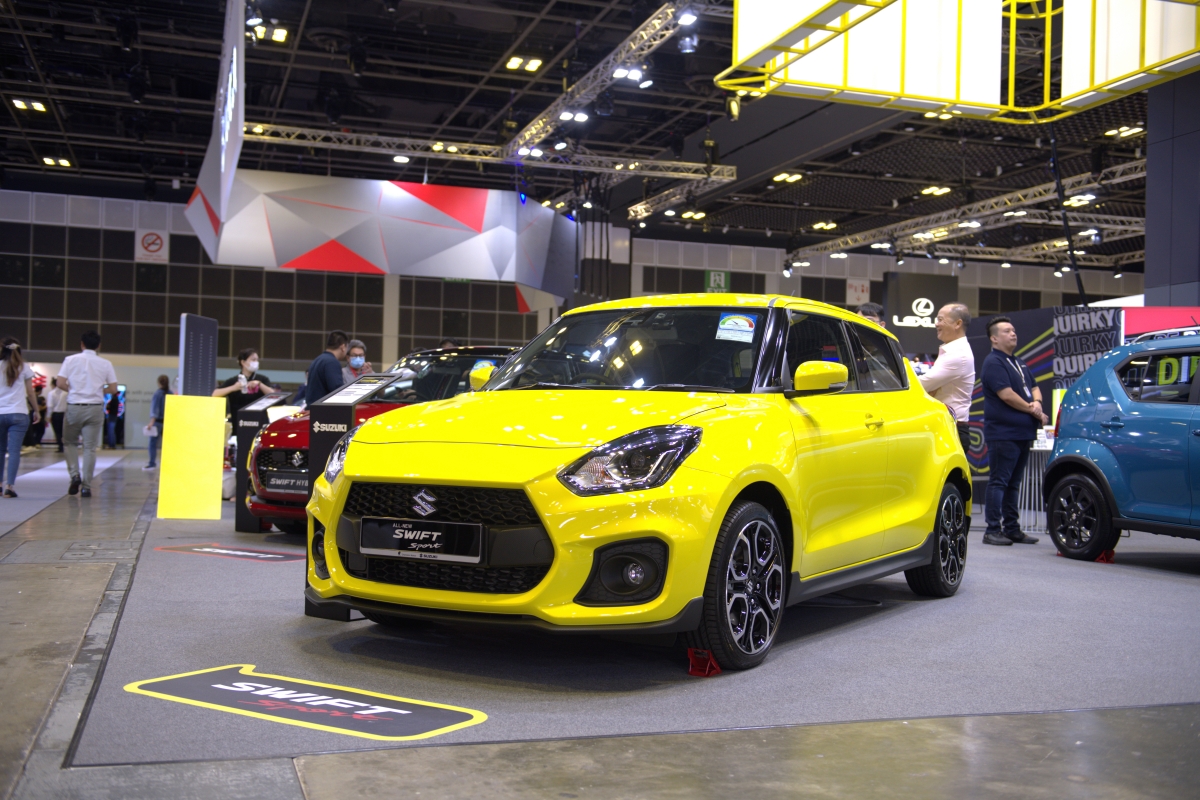 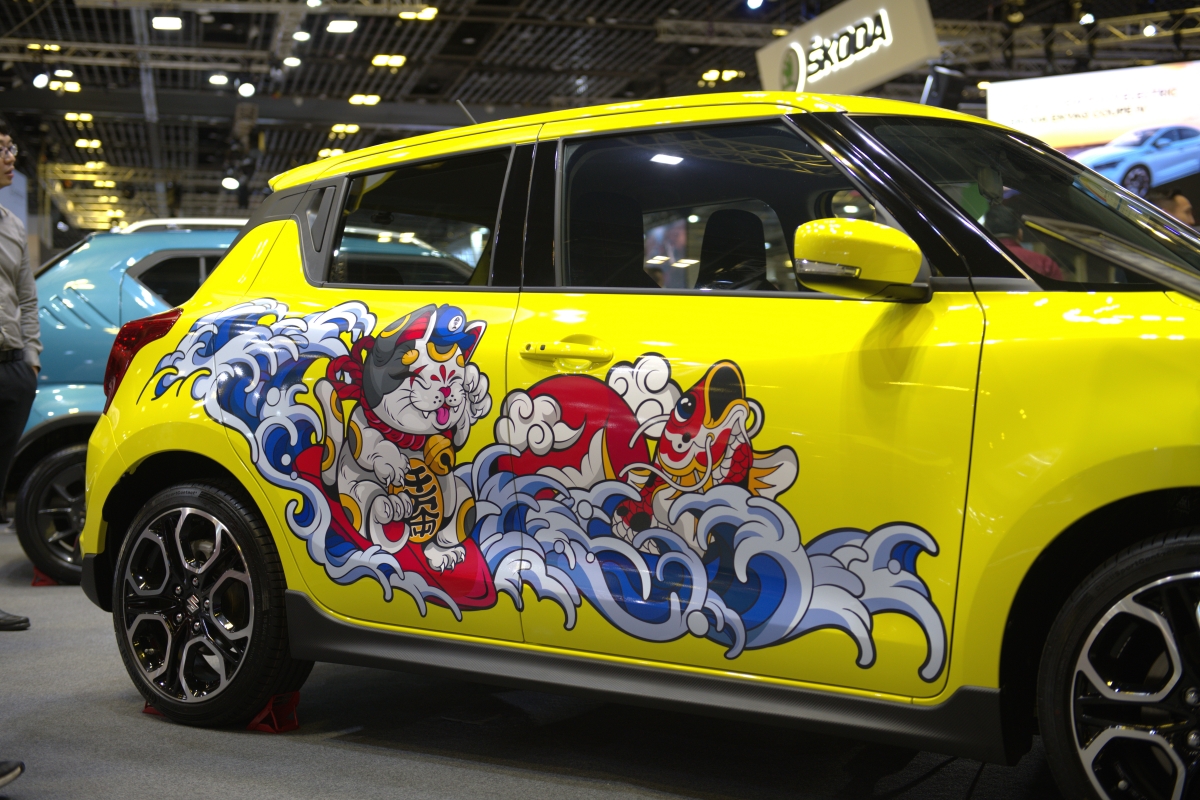 Fancy a sweet-handling Swift Sport or any other Suzuki? Local artist Erika Tay has been commissioned to create bold artworks that represent each car showcased at the Motorshow. What you see here is an illustration of a maneki-neko, the Japanese beckoning cat, believed to bring good luck and fortune, surfing on waves to represent the high degree of responsiveness and an exhilarating experience behind the wheel. Ask for more details at the Suzuki stand. Oh, and set a rippin' laptime on their driving simulator around the Orchard Road circuit and stand to win attractive prizes.