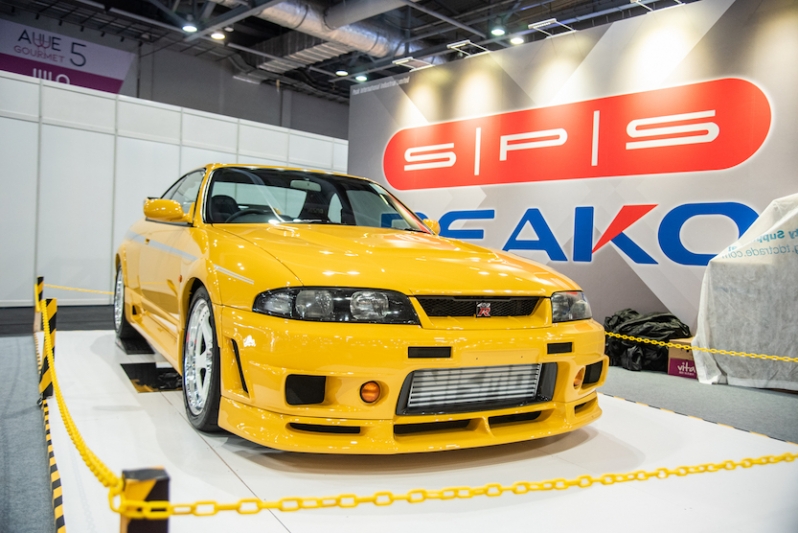 The Nissan R33 GT-R 400R was produced in extremely limited quantities, and it showed the world that apart from sensible and frugal cars, Japan could produce some incredible monsters as well.

Amongst most inner automotive circles, whether they be of professional or pop-culture variety, the R33 Nissan Skyline, produced between 1993-1996, is somewhat referred to as the ‘black sheep’ of the Skyline family.

Critics often compare it to a toned-down passive version of the R32 which preceded it, and then it was made worse by the model which superseded it - the legendary R34, probably the most renowned Skyline model of all time. 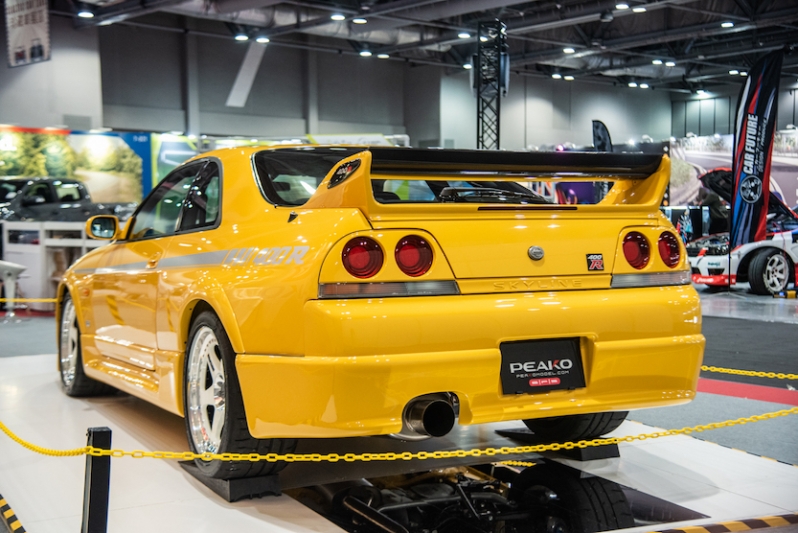 One day, Nissan had enough of this, so they commissioned a special variant of the R33. Something which the world has never seen before. Built by Nissan’s racing division Nissan Motorsport, more coequally known as Nismo, the project gave birth to this – the 1997 Nismo 400R. And boy, was this a masterpiece.

The car is essentially a celebration of the Le Mans racing variant R33, and although Nismo had originally planned to produce 100 units of the 400R, only 44 units ever made it out of the factory before production of the R33 ended in 1998.

Suffice to say, the 400R is cemented as a real unicorn car, and as time passes, this becomes even more so the case. I was extremely blessed to be able to come face to face with it, at the International MotorXpo 2022 held in Hong Kong. I mean, just look at it.

The 400R parts are not just for show 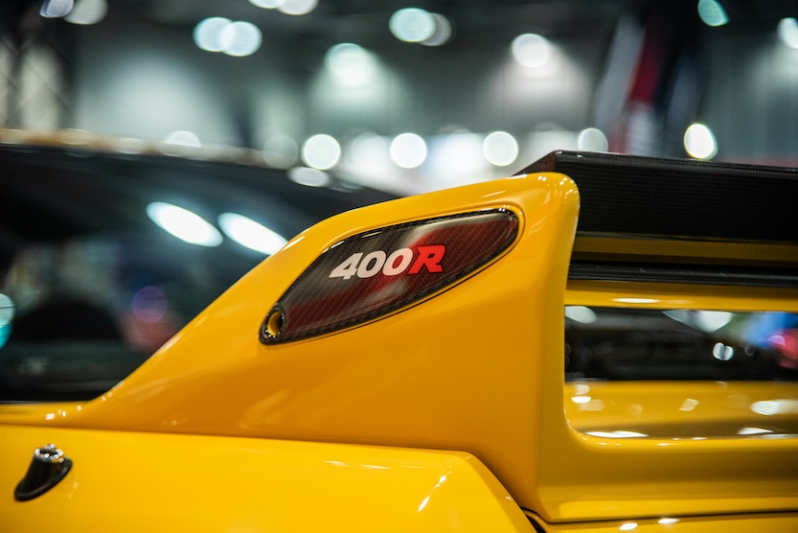 Even as a street-legal balls-to-the-walls car, it is far above merely being a novelty R33 with a striking paint job, fancy racing stripes and a cool aero package. Under the hood, the Nismo 400R is loaded with drastic improvements over the base GT-R model.

In fact, the 400R’s name is a giveaway in itself. the ‘R’ stands for racing (of course), with ‘400’ representing the engine’s total output in metric horsepower. To this day, the 400R could probably go toe to toe with the majority of supercars, let alone JDM imports. No longer shall it be destined to be the ugly middle child of the Skyline family.

Of course, something powerful must be hiding underneath. At the heart of this cinderella transformation was a newly bored and stroked version of the factory R33 GT-R’s RB26DETT engine. This new engine was dubbed the RBX-GT2 and was engineered and crafted by renowned Japanese tuner shop REIMAX. 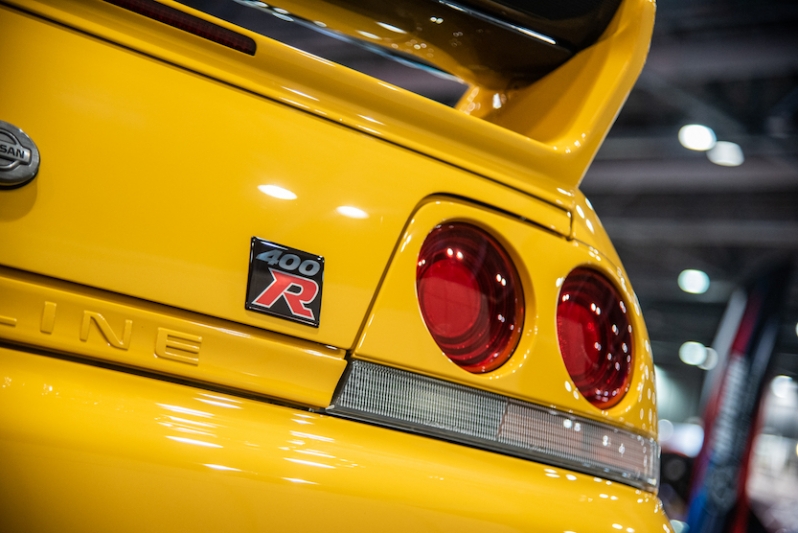 Most of the engine components ended up having to be modified in order to accommodate the 200cc displacement increase. These included a beefier crankshaft, forged 87mm engine pistons, high-lift camshafts, a new high-efficient oil system and larger exhaust manifolds.

These performance parts also increased the car’s redline to 9,000rpm, up from the standard 8,000rpm.

Nismo even dressed up the 400R in an exclusive body kit, and this kit was model-exclusive too. Of course, it did improve the car’s aerodynamics, but this body kit also made the car look timeless. Nothing else in the Skyline lineup looked quite like it. 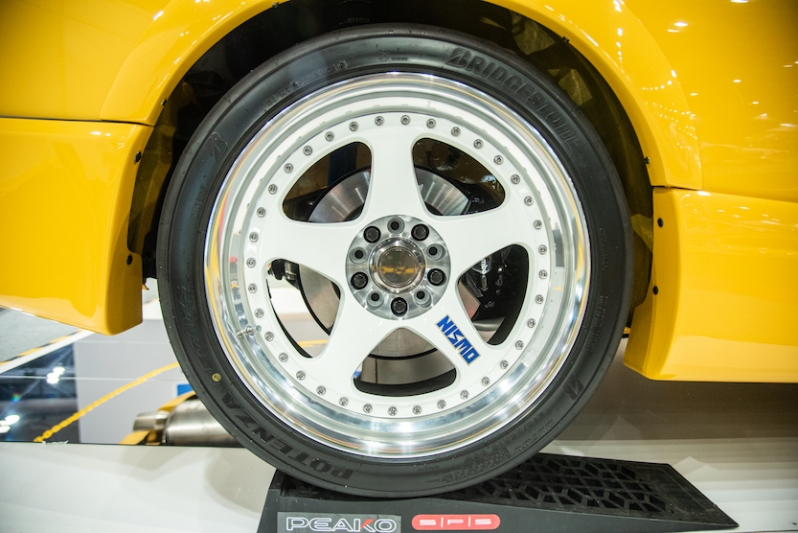 With so much performance, Nismo had to look for only the best in order to keep the 400R on the road. What they settled on is this - Nismo LM-GT1 wheels and tyres. Because of their wider dimensions, the 400R also had 25mm arch extensions in order to house these new threads.

These new rims for the 400R measure 18”x10”, and are made with forged alloy. Bridgestone Potenza RE710 tyres were the rubbers of choice, and the 400R has them in a square 275/35/18 setup. These are complemented by Brembo callipers with ventilated rotors and Nismo brake pads.

Quite an expensive set of wheels to maintain. But, considering you are driving something that is extremely rare in the world, one must feel extremely special too.