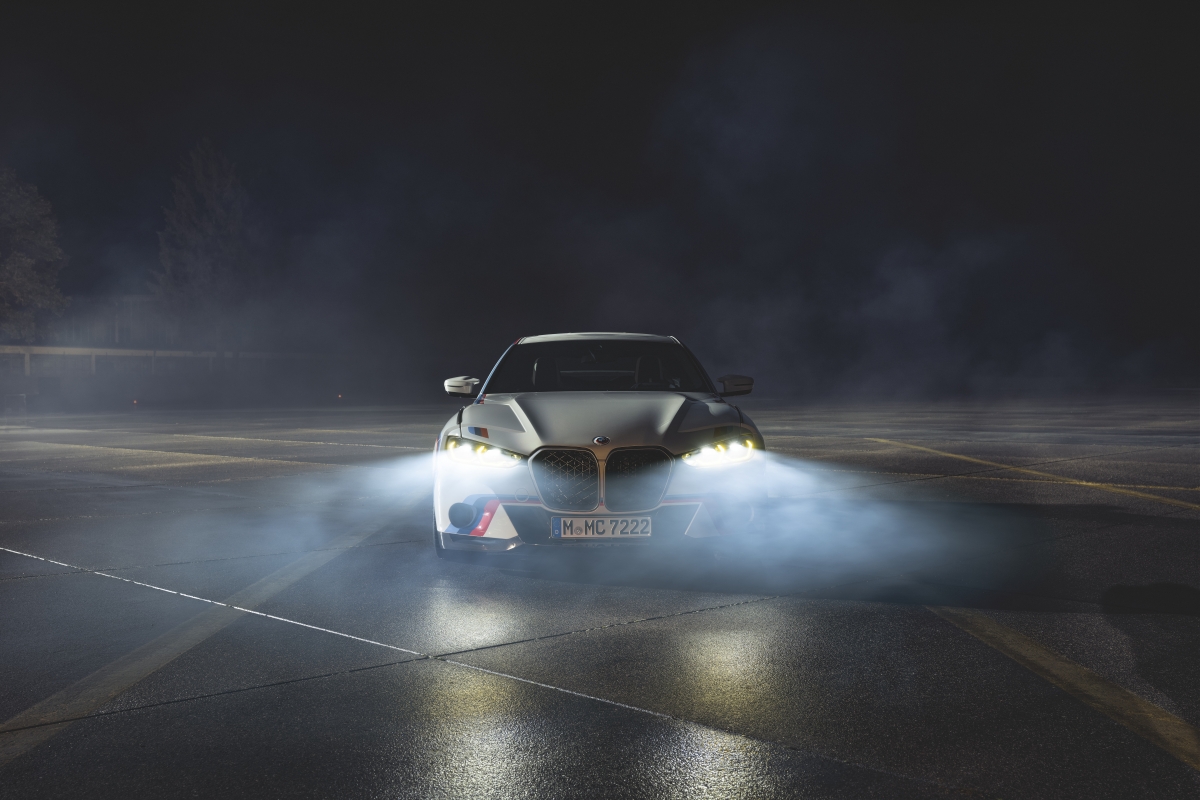 It’s the 50th anniversary when the original BMW 3.0 CSL was first shown to the world. With its evocative wing and fins, it’s easy to see why it quickly earned its nickname, ‘Batmobile’…

To commemorate this iconic model, BMW has unveiled the spiritual namesake you see here. 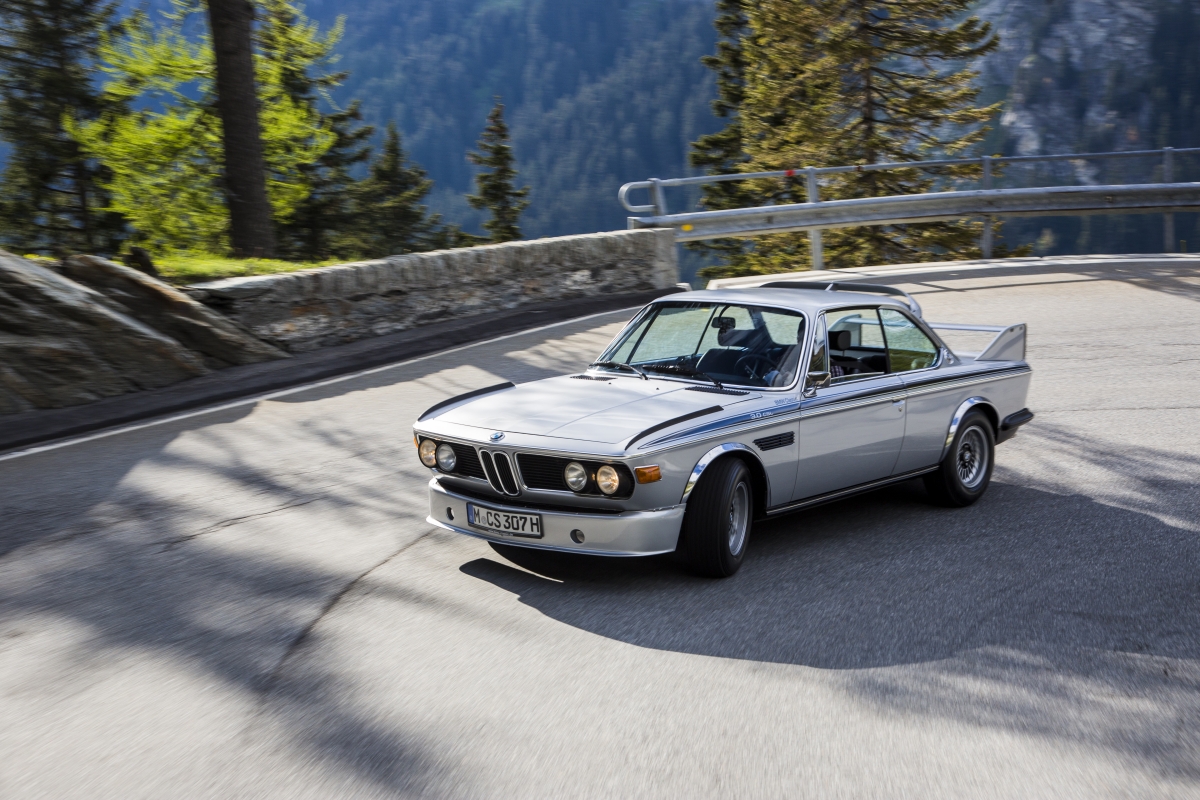 Where the Ur E9-generation BMW 3.0 CSL was actually built in 1972 as a homologation special, to enter the European Touring Car Championship of the time, the new car celebrates five decades of racing expertise from BMW M GmbH concentrated in a highly emotional package.

The ‘C’ and ’S’ in CSL stand for ‘Coupé’ and ‘Sport’ respectively, while ‘L’ stands for Leichtbau or lightweight. To make the original 3.0 CSL lightweight, the monocoque was made of thinner steel, trim and soundproofing were removed, the doors, bonnet and boot were made of aluminium alloy and the side windows were made of Perspex. Altogether, these features helped the 1972 original weigh in at just 1,270kg. 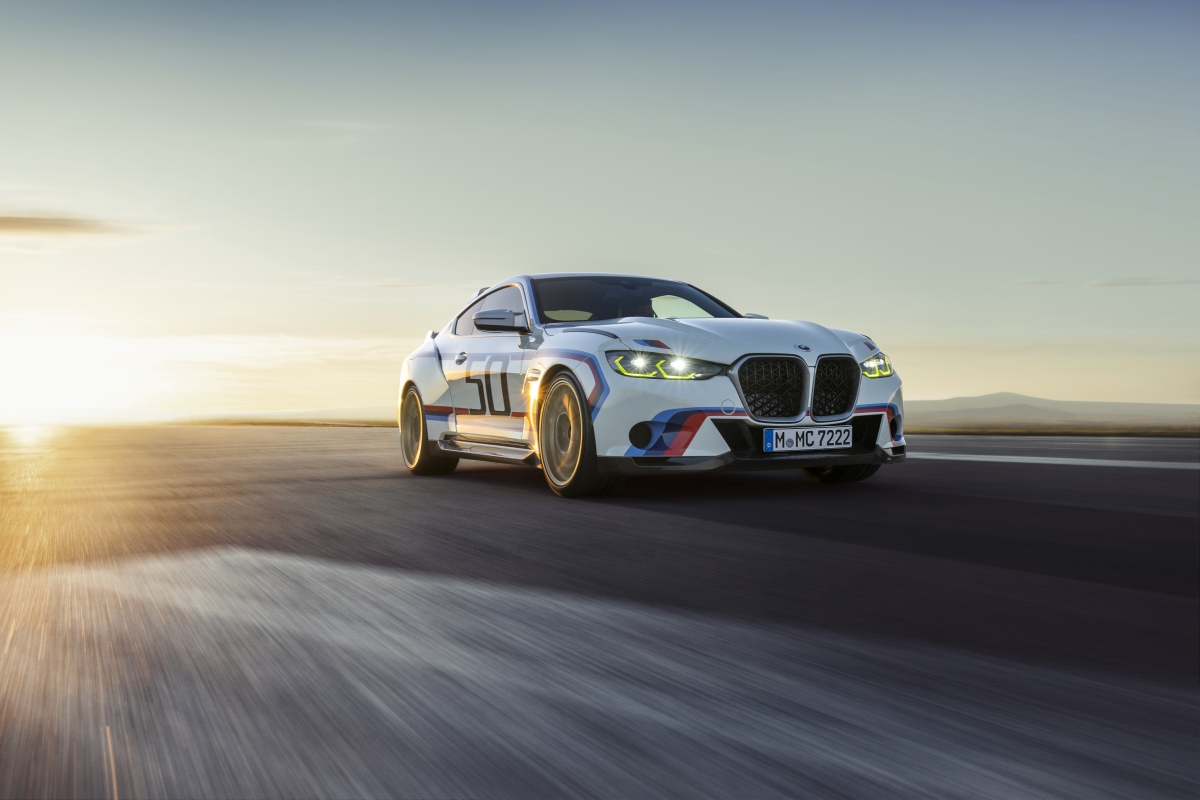 The 21st century 3.0 CSL on the other hand, tips the scales at 1,624kg. In today’s context, the significance is that it is over 100kg lighter than the standard BMW M4 on which it is based.

This was achieved by the extensive use of carbon fibre reinforced plastic, or CFRP. The front wings and rear quarter panel extensions, roof, bonnet, bootlid, rear wing, rear diffuser, front splitter and sideskirts are all made of CFRP to shave weight. 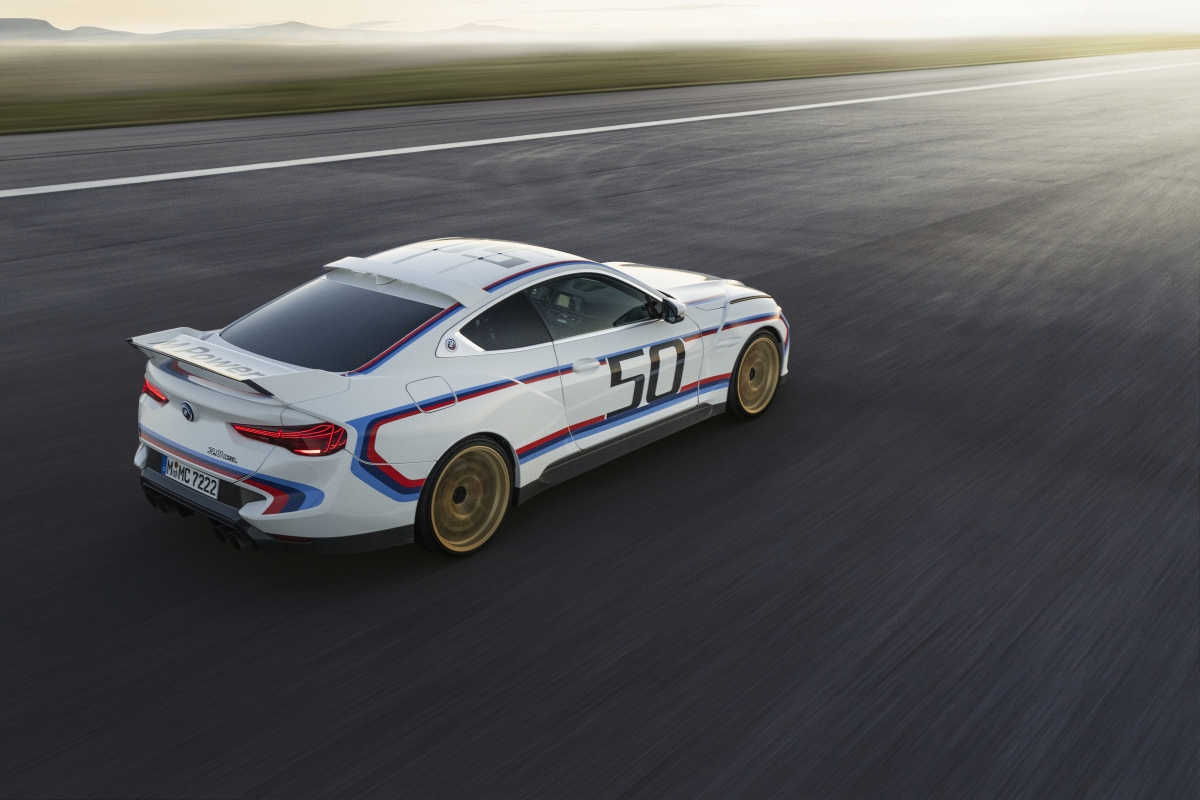 The only notable bodywork item that is NOT carbon fibre is the air deflector at the back of the roof, being made in glass fibre reinforced plastic instead. This too takes inspiration from the old 'Batmobile' and the 2015 BMW CSL Hommage Concept. 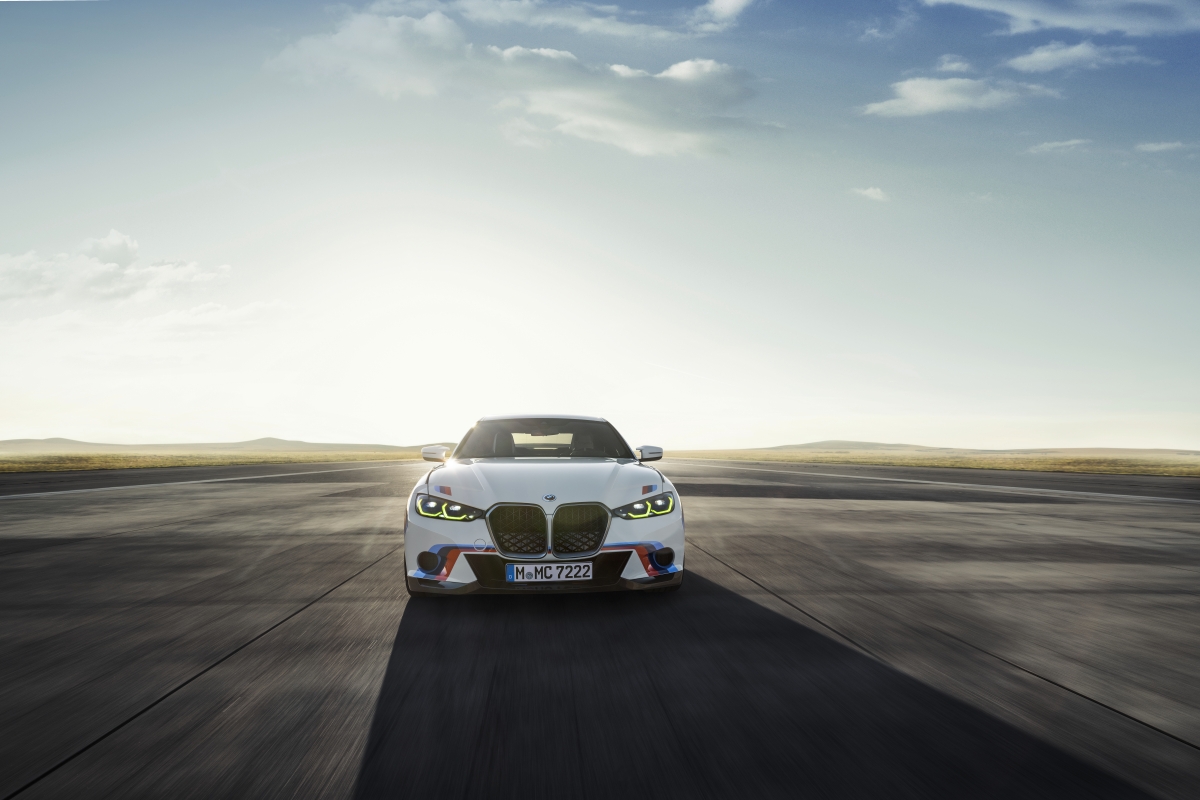 At the front, the kidney grille is the most distinct element when compared to the standard M3 and M4. They’re noticeably smaller and framed by brushed aluminium surrounds and triangular mesh within.

The full aero package as seen above was introduced to the car in July 1973, and this is what earned it its 'Batmobile' nickname. A total of 1,265 units were said to have been built. 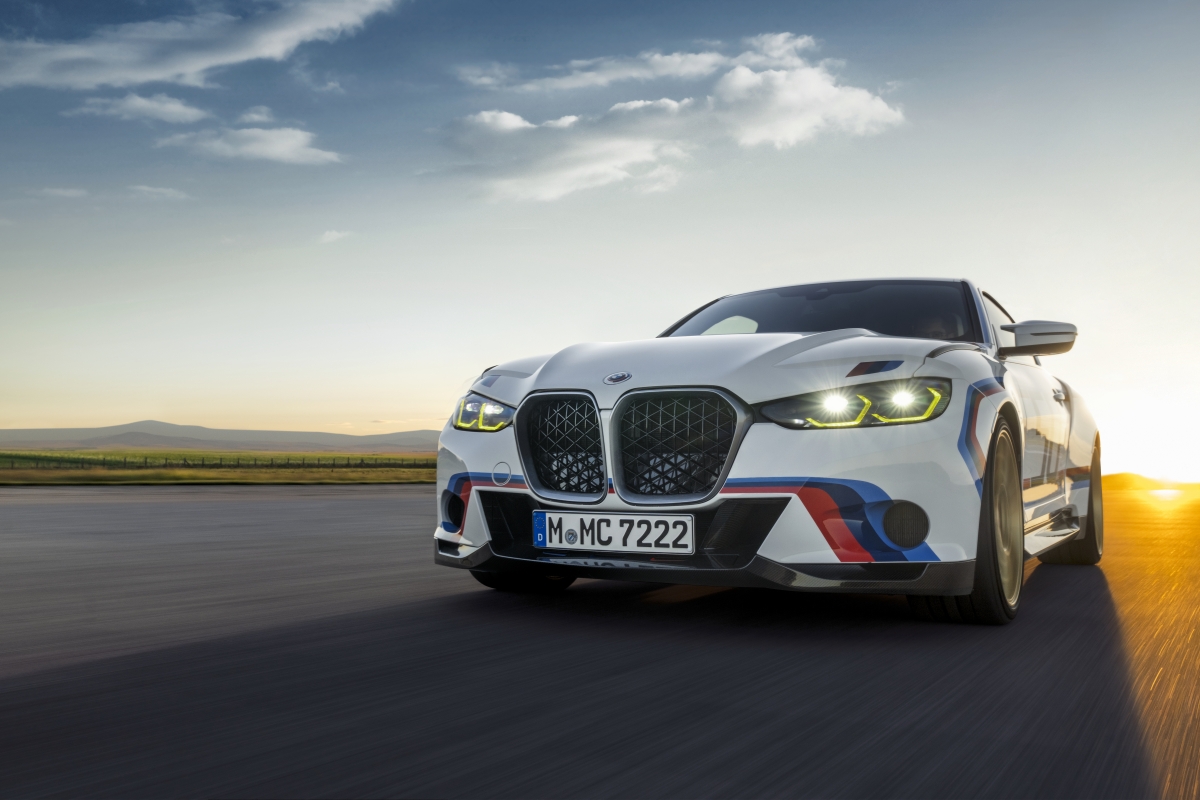 Just like its 1973 ‘Batmobile’ ancestor, the new 3.0 CSL also has a straight-six engine, but in turbocharged guise and makes 560hp (10hp more than the M4 CSL) and 550Nm of torque, singing its straight-six music all the way up to 7,200rpm. Drive is sent to the ground through the rear wheels only via a... 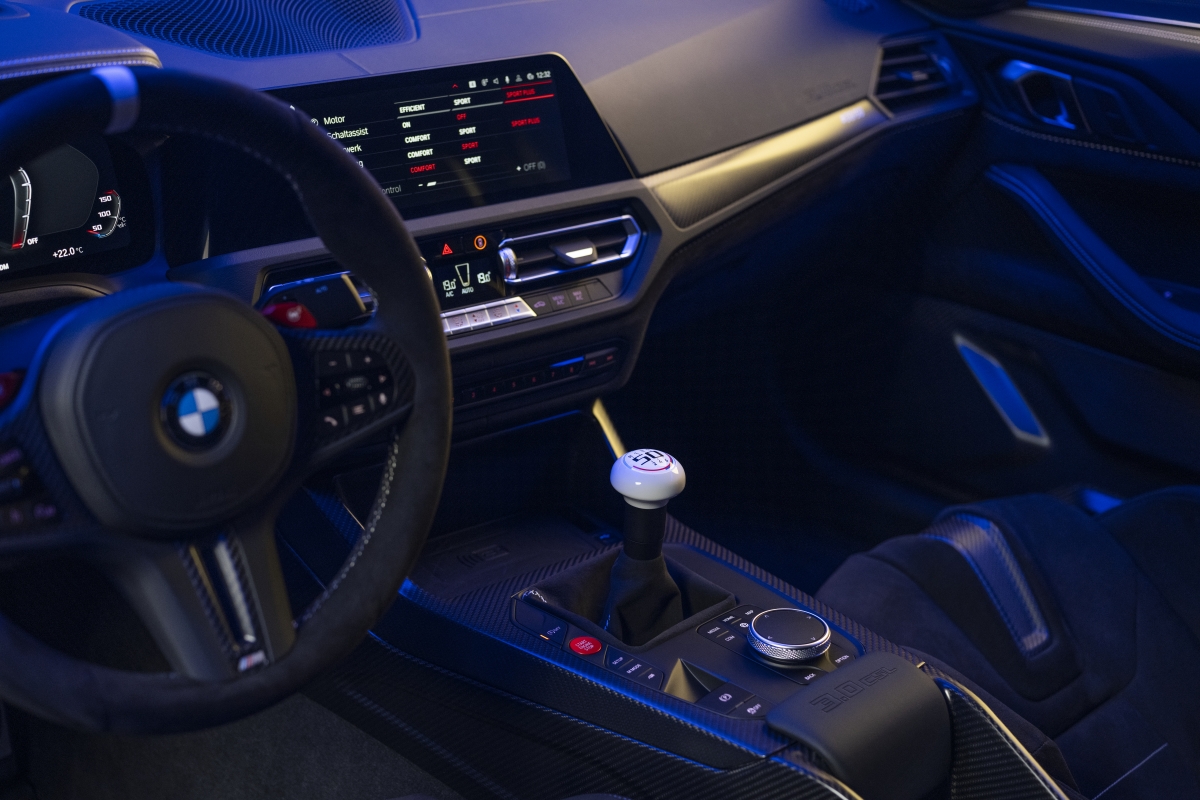 6-speed MANUAL gearbox with a gear knob made specially for the CSL!

Drive is sent purely through the rear wheels via an M active limited slip differential, or LSD, which works together with the on-board 10-stage traction control system like in the M4 CSL that can be toggled to suit specific driving conditions.

Also included, similar to the M4 CSL, is a quad-pipe titanium lightweight exhaust system to keep weight down.

Carbon ceramic brakes come as standard on the new 3.0 CSL, with 400mm discs being clamped by six-piston calipers up front and 380mm items at the rear with a single-piston sliding-caliper setup.

The rims themselves are forged, centrelock items in 20-inch fore and 21-inch aft configuration, wearing Michelin Pilot Sport 4S 285/30ZR20 and 295/25ZR21 tyres respectively. The tyres themselves wear '50' livery embossed into them to commemorate 50 years of 'Batmobile' and M.

The carbon front wing and rear quarter extensions, therefore, are not just there for show. They're absolutely needed to accommodate the wider rubber. 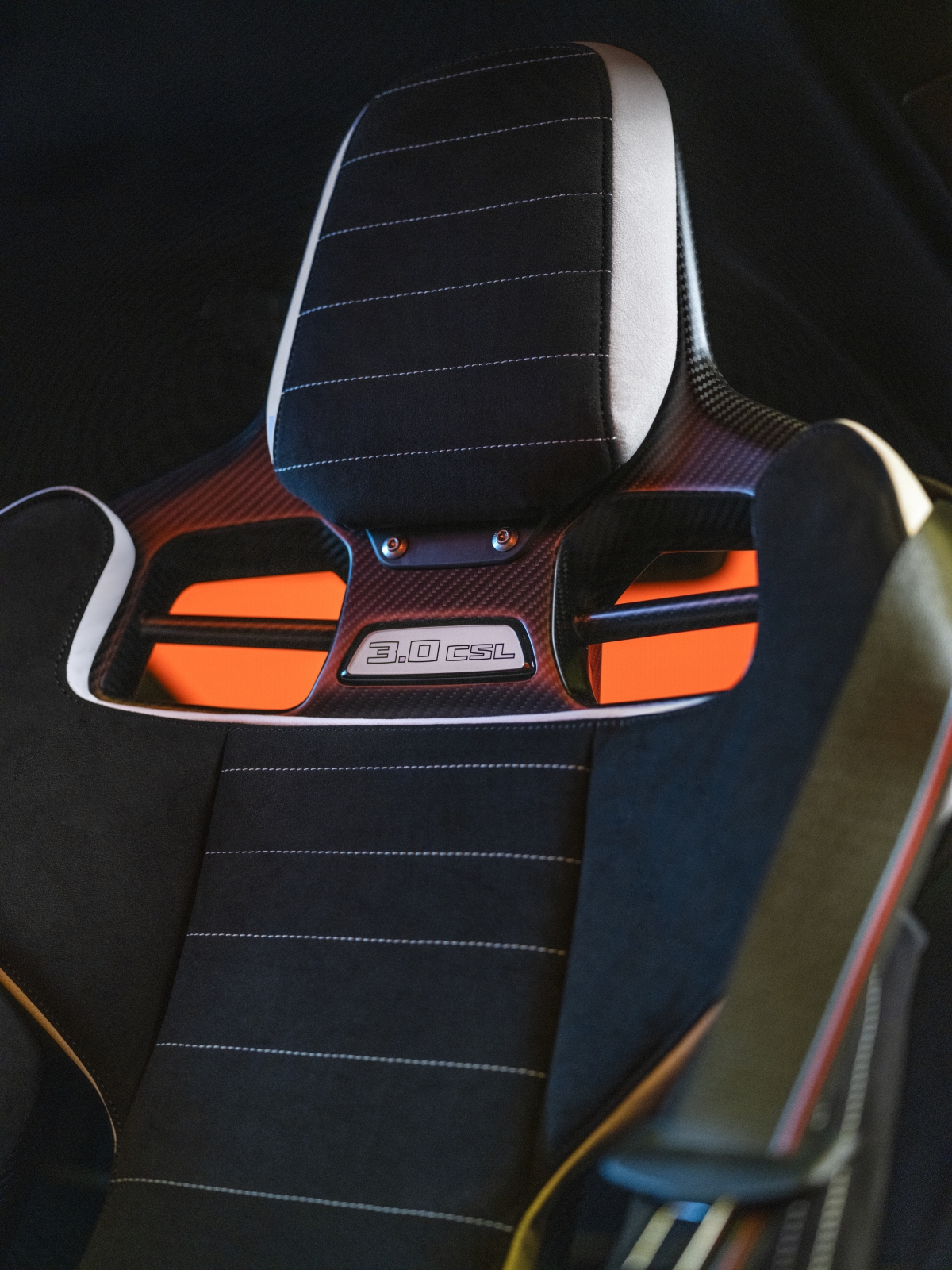 On the inside, the carbon bucket seats are NOT user-adjustable. One needs to bring their 3.0 CSL to a BMW dealer for adjustments. Mental! Differing from the items in the M4 CSL though, these carbon buckets have a different logo below the headrests, and new horizontal stripes on the backrests. 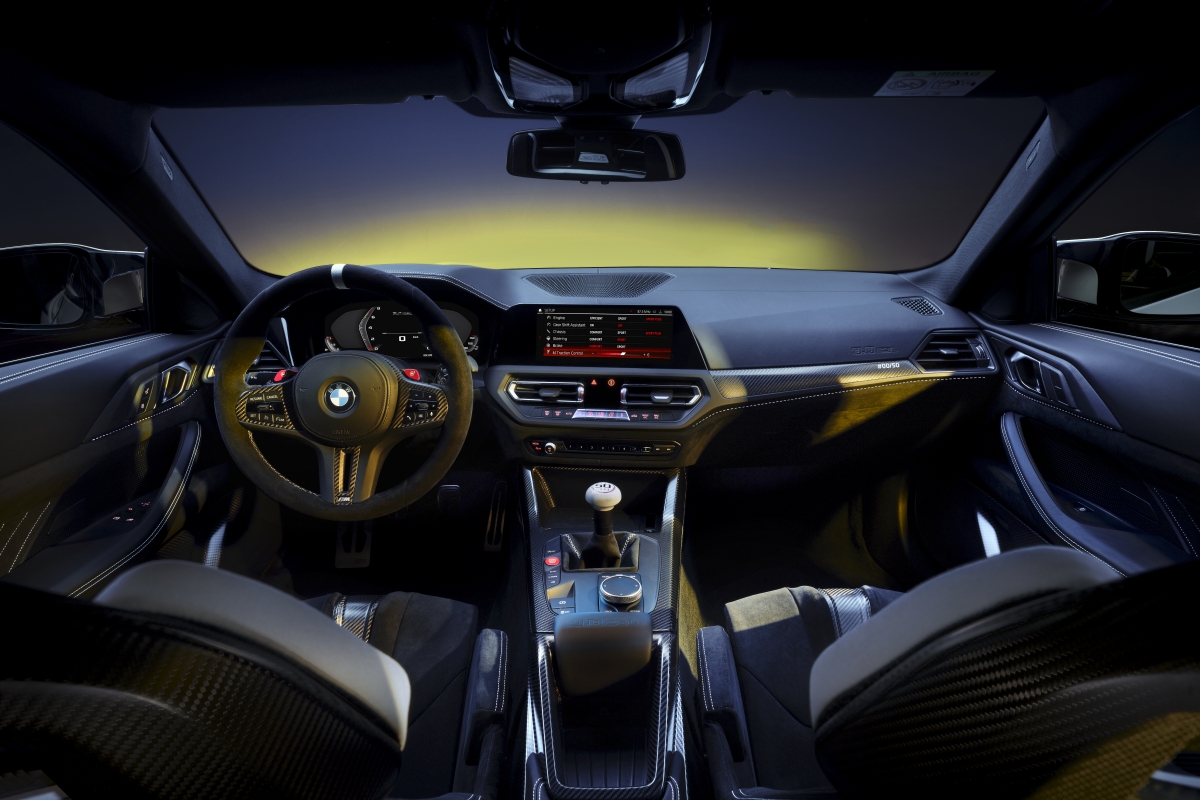 It takes 30 technicians 10 days to make each car. Laying (possibly prepreg) carbon fibre into moulds and the autoclave process that follows takes a lot of time.

Then comes painting the car, which in itself is said to take six days. Masking is done by lasers to ensure the three-colour stripes are perfectly aligned. Finally, the last step is assembly. 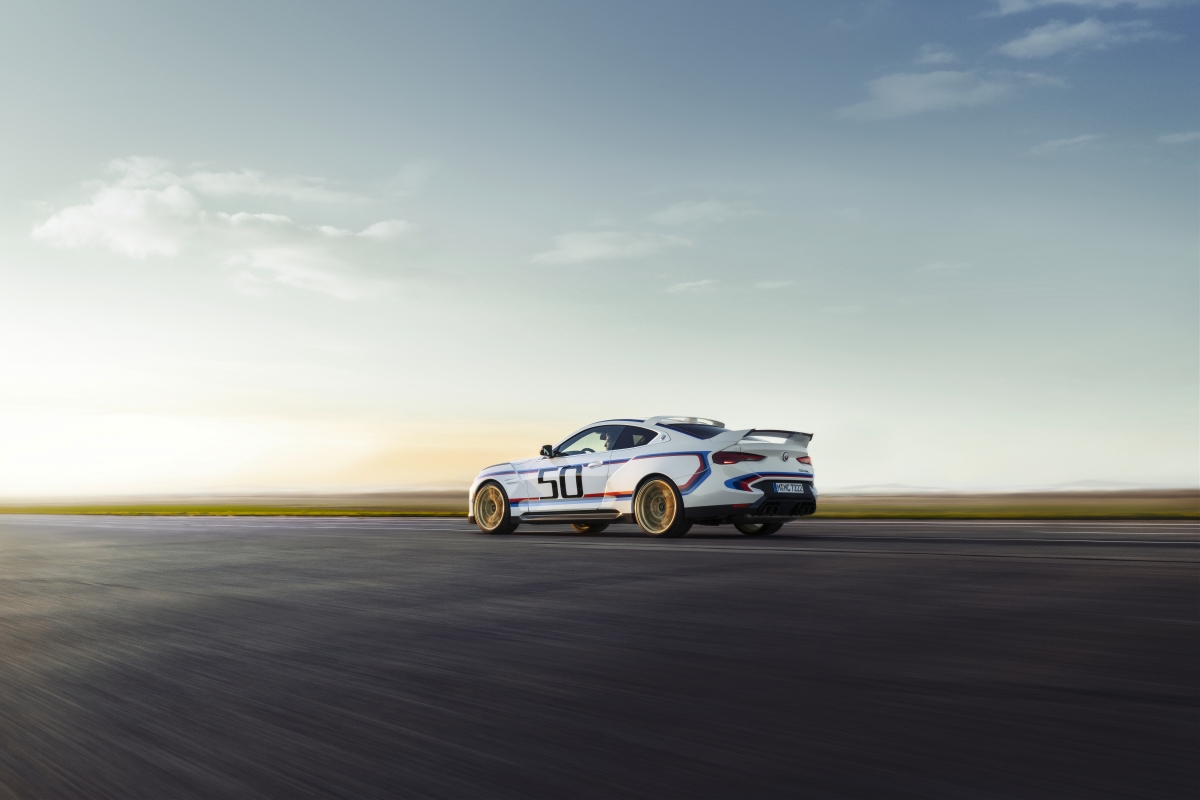 In keeping with the golden jubilee, production of the BMW 3.0 CSL will be limited to just 50 units, making it a much rarer sight than the 1,000-unit limited edition M4 CSL.

Except for a VERY select few, the new BMW 3.0 CSL will exist as a mere fable, a fairy tale that's recounted every now and then, maybe in muted awe...