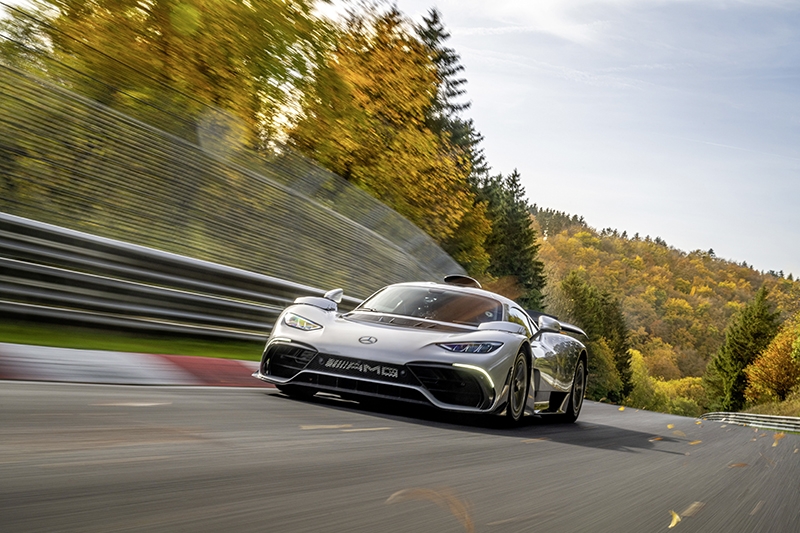 Formula One hasn’t turned a wheel in anger at the Nuburgring’s Nordschleife since 1976, but now, it’s back with a bang. That’s because Mercedes-AMG has just claimed the Green Hell lap record with its One hypercar, with a 6min 35.183sec lap around the 20.8km circuit. 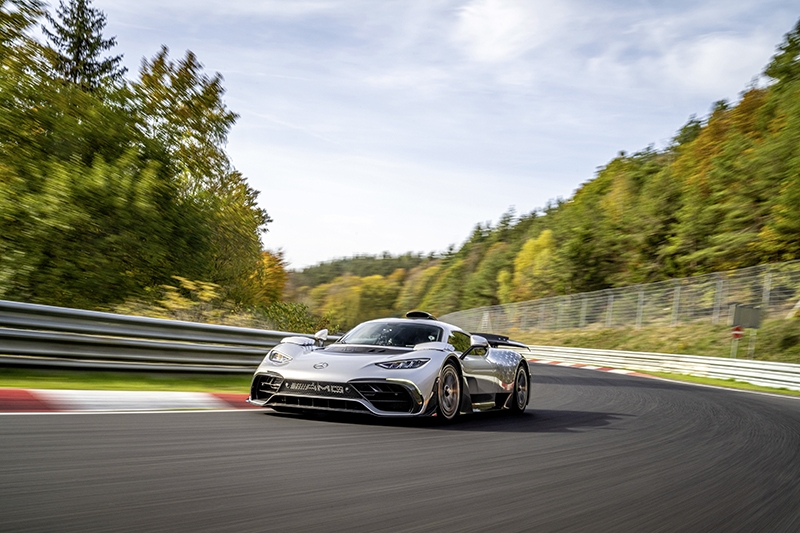 The crazy thing about the AMG One’s lap is that it could have been even faster still… AMG GT3 driver Maro Engel was in the hot seat for the laps, which were done in late October on an Autumn evening. That meant track temperatures of just under 20 degrees celsius, and damp patches in many shadowy places, for example the fearsomely fast Kesselchen section along the back of the circuit. 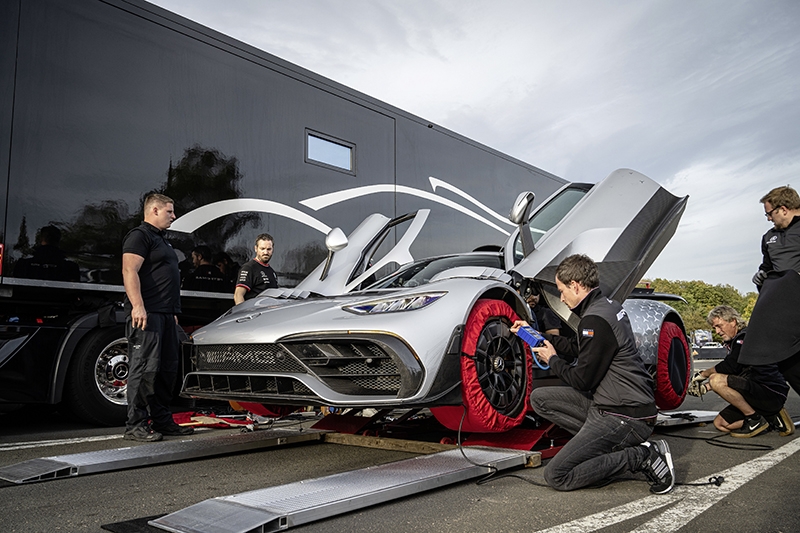 The onboard video is a great opportunity to see the DRS at work. It’s activated via a button on the steering wheel - which retracts the louvres over the front wheels as well as the upper element on the rear wing - but is automatically disabled the moment the car detects deceleration or a certain amount of lateral movement. 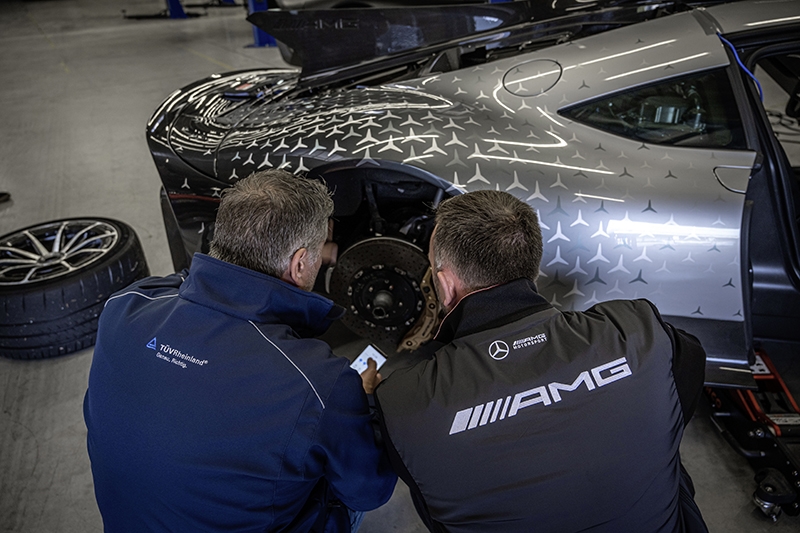 For the record runs, AMG says maximum camber was dialled into the suspension, and the Race Plus drive mode was used, which gives the most aggressive aero settings, lowers the car 37mm and 30mm respectively at the front and rear, and allows the battery and motors to deploy full power.

Given the length of the Nordschleife though, Engel couldn’t give it full beans over the entire lap. Some element of energy management was involved, with Engel having to lift and coast into some corners, and hence top speeds at the fastest sections of the track not being quite as high as they could be. 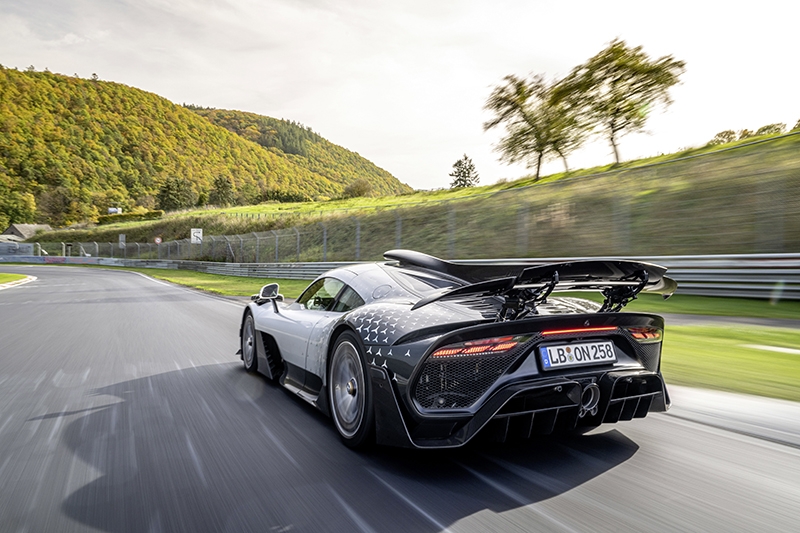 Given the weather conditions, there’s a big question mark over the AMG One’s ultimate potential. How much faster could it have gone, and would this present an opportunity for the new wave of both petrol and EV hypercars - like the Aston Martin Valkyrie, Koenigsegg Jesko, Lotus Evija and Rimac Nevera - to sneak in and snatch the crown?

We can only wait with bated breath.