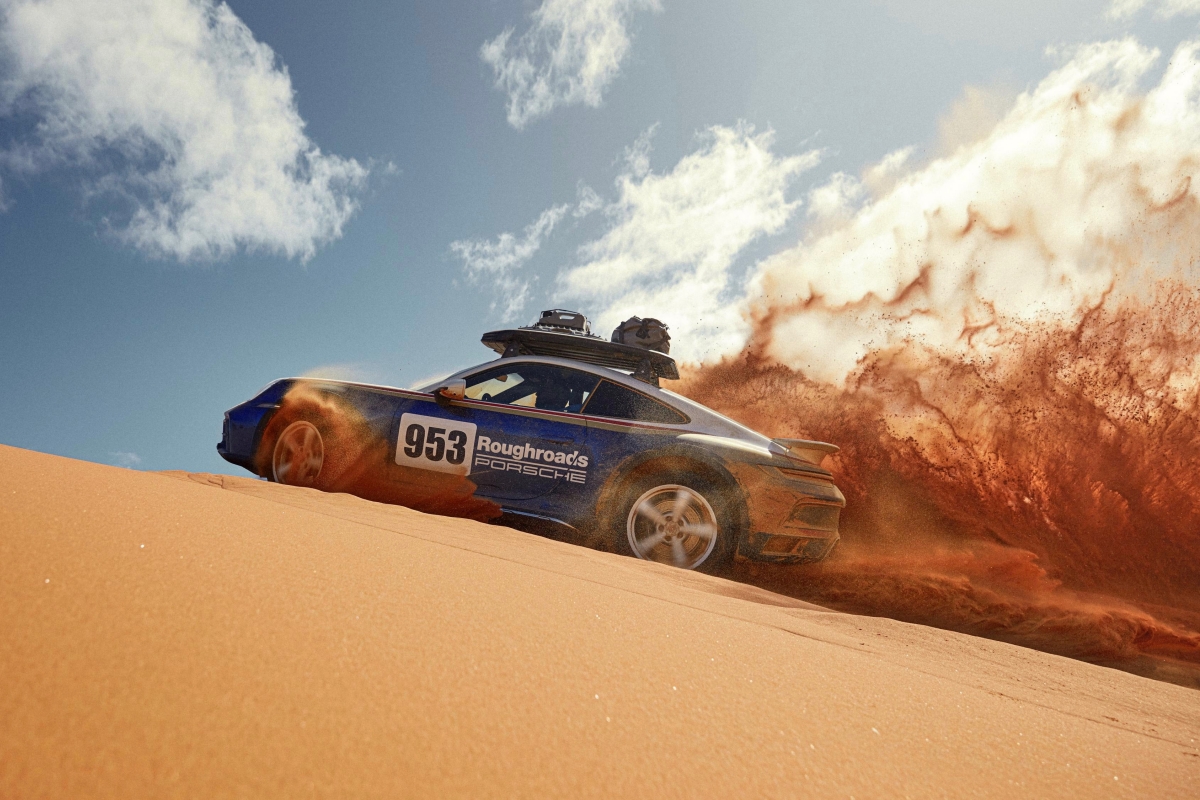 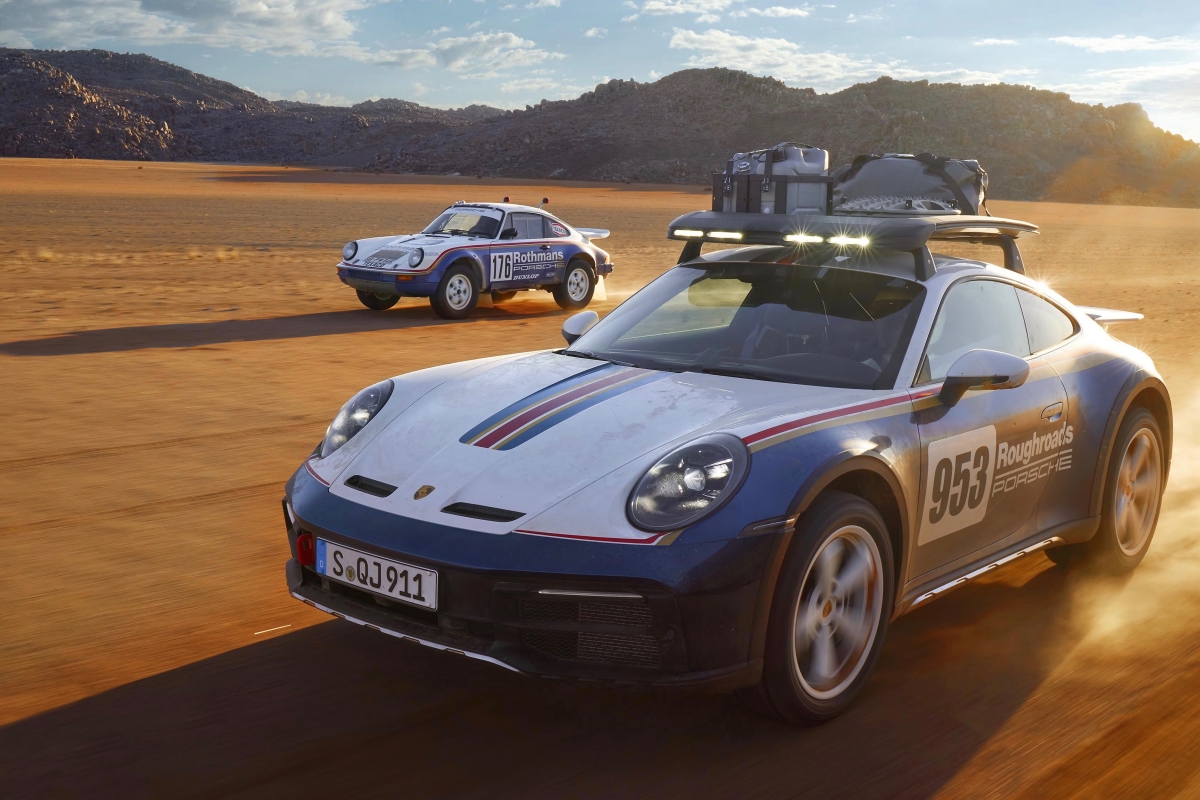 It’s the latest in a long line of special edition Porsches (just 2500 will be made), and is pretty much what you get when you cross the world’s most iconic sports car with a dune buggy. Or as Porsche would have you believe, a modern-day tribute to its victory in the 1984 Paris-Dakar Rally. 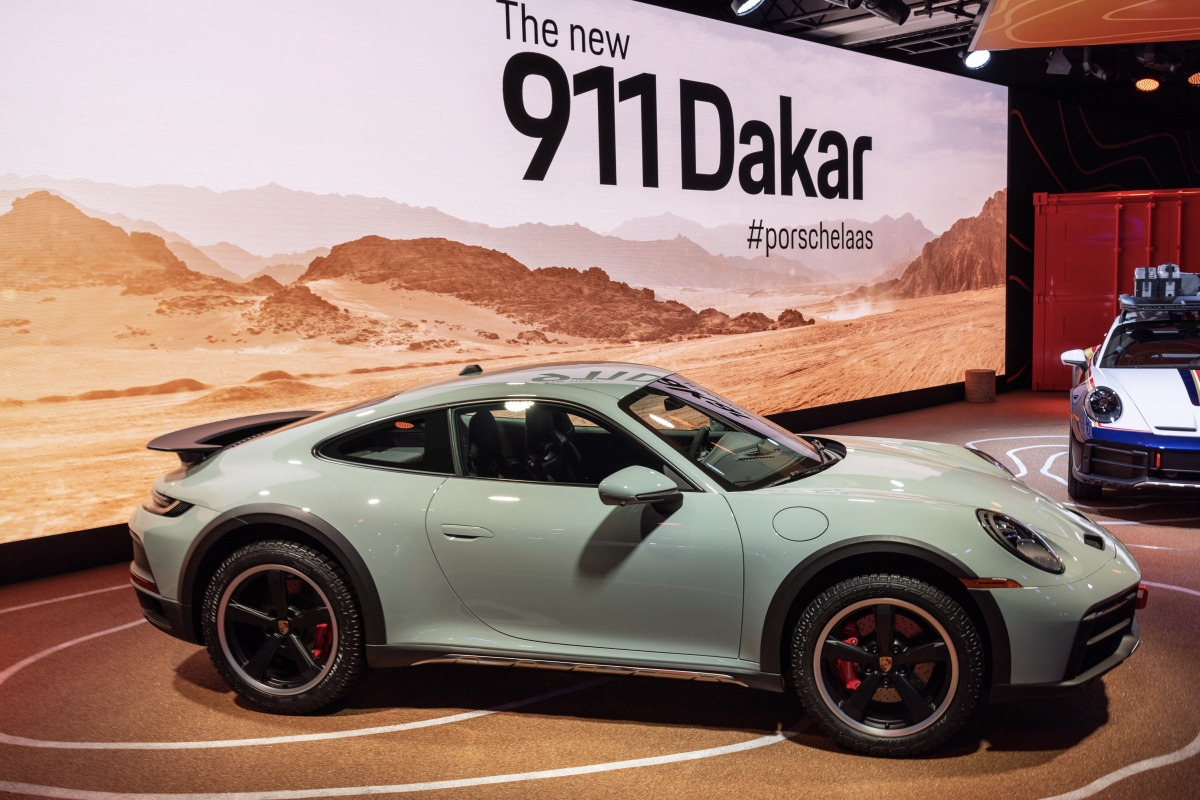 Based on the AWD Carrera 4 GTS (which means the 480hp/570Nm version of the twin-turbo 3.0-litre flat-six), the 911 Dakar’s key features are its lifted suspension and knobbly tyres. By default, the Dakar rides 50mm higher than a regular 911 Carrera, rising up to 80mm in its highest setting. And unlike the height-adjustable suspension systems found in most other SUVs, the Dakar’s one can be used for high-speed running - all the way to 170km/h! 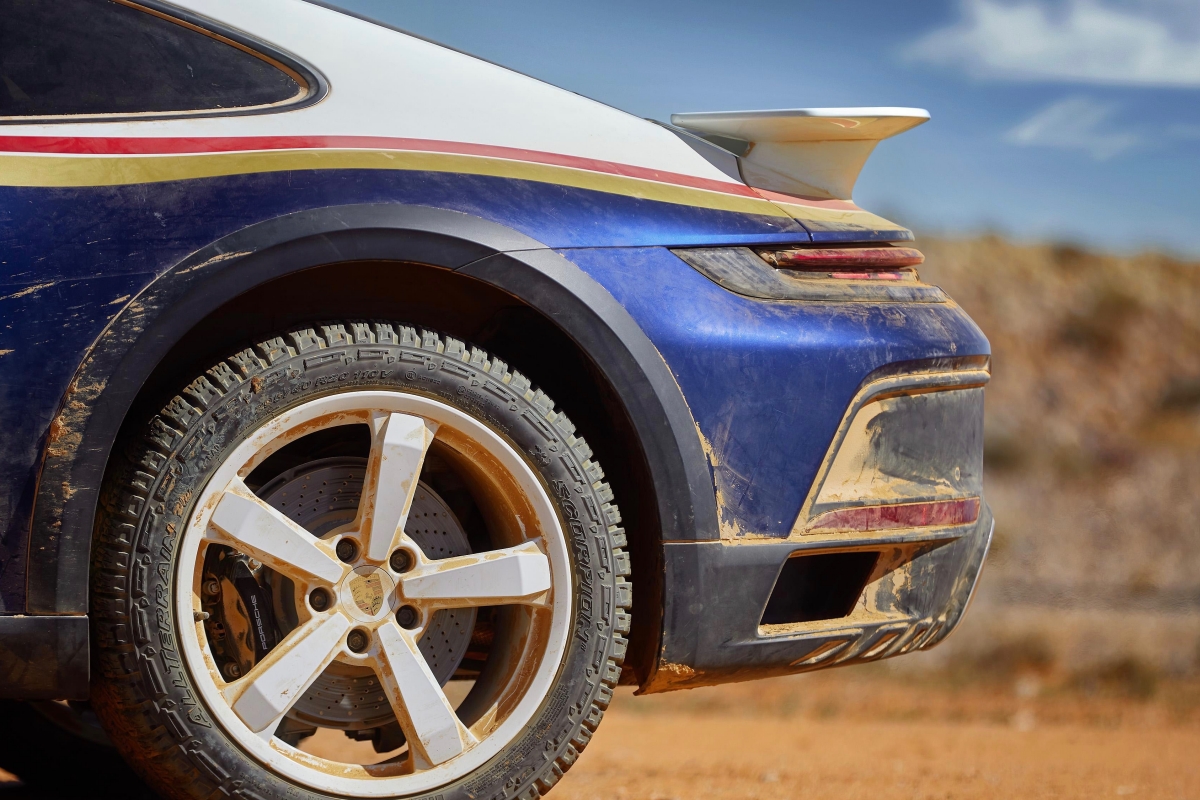 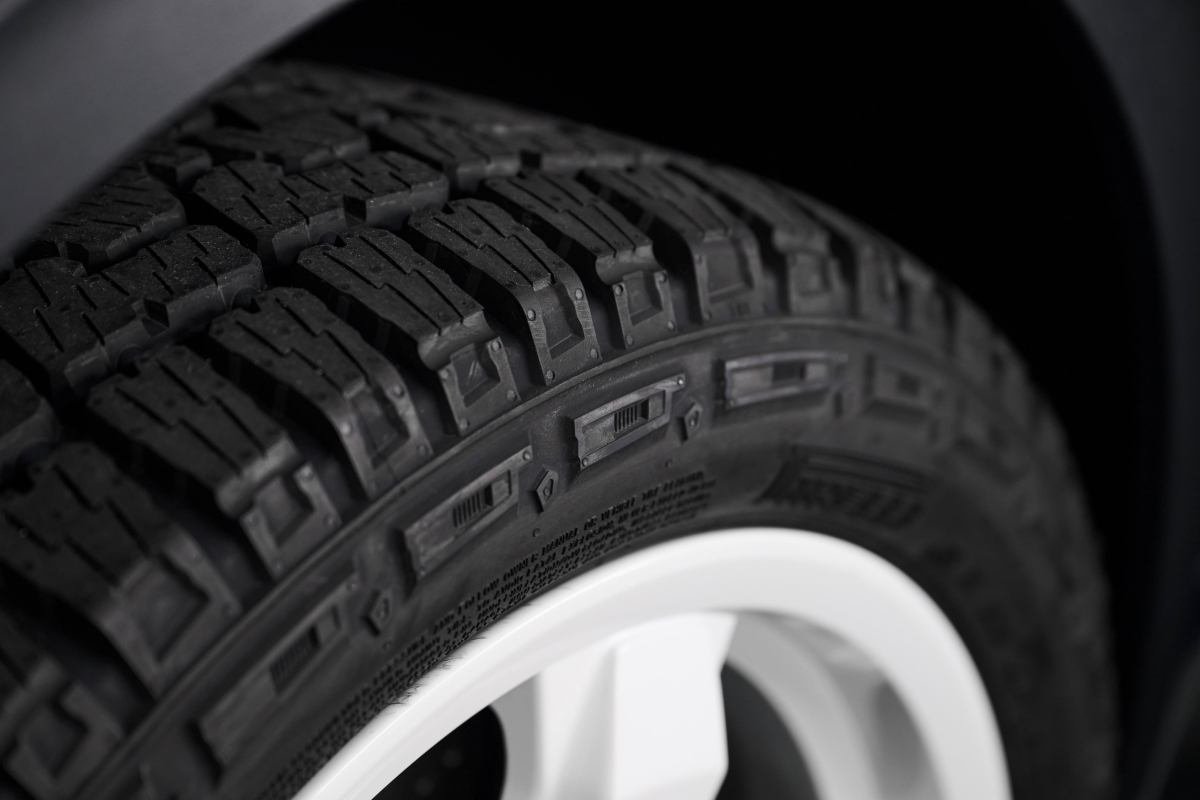 As you’d expect, the 911 Dakar has a very different dynamic envelope compared to its road-focused siblings. So in addition to rear-wheel steering, PDCC active anti-roll bars, and the GT3’s engine mounts, the 911 Dakar also has a couple of new drive modes: Rallye, which chucks more power to the rear wheels, is ideal for loose surfaces like a typical stage rally, while Offroad (which raises the suspension to its maximum height) is meant for more difficult terrain like deep sand or large rocks. It’d be a safe bet that this was the mode that Porsche used to climb that Chilean Volcano last month.

Unfortunately, PDK is the default transmission option, but there is a Rallye Launch Control mode, which allows more wheel slip for better traction on the rough stuff. 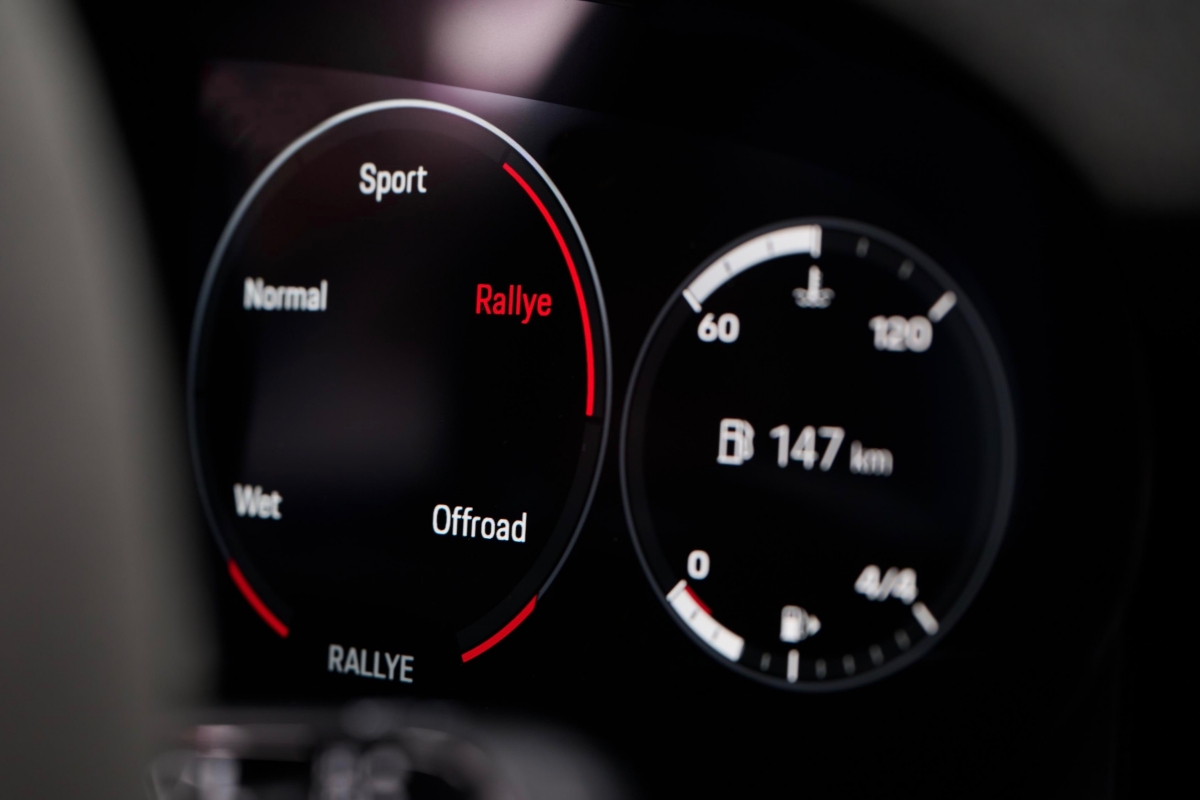 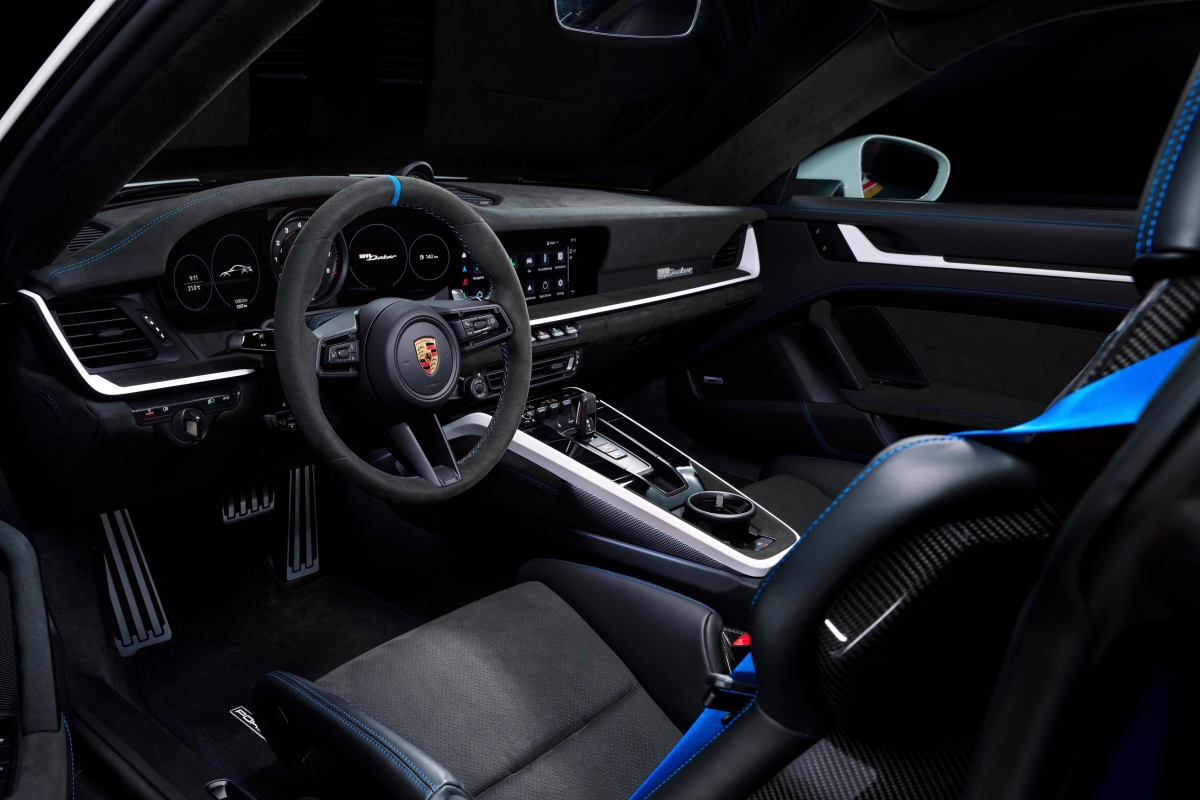 As if the higher ride height and off-road tyres weren’t enough of a giveaway, the Dakar has plenty of exterior elements that set it apart. There’s carbonfibre parts in the form of a new fixed rear wing and the GT3’s twin-nostril frunk lid, while more typical off-road elements include bumpers and side skirts with metal bash plates, bright red tow hooks, black fender extensions, as well as stainless steel mesh grilles to protect the radiators in the sides of the bumpers. 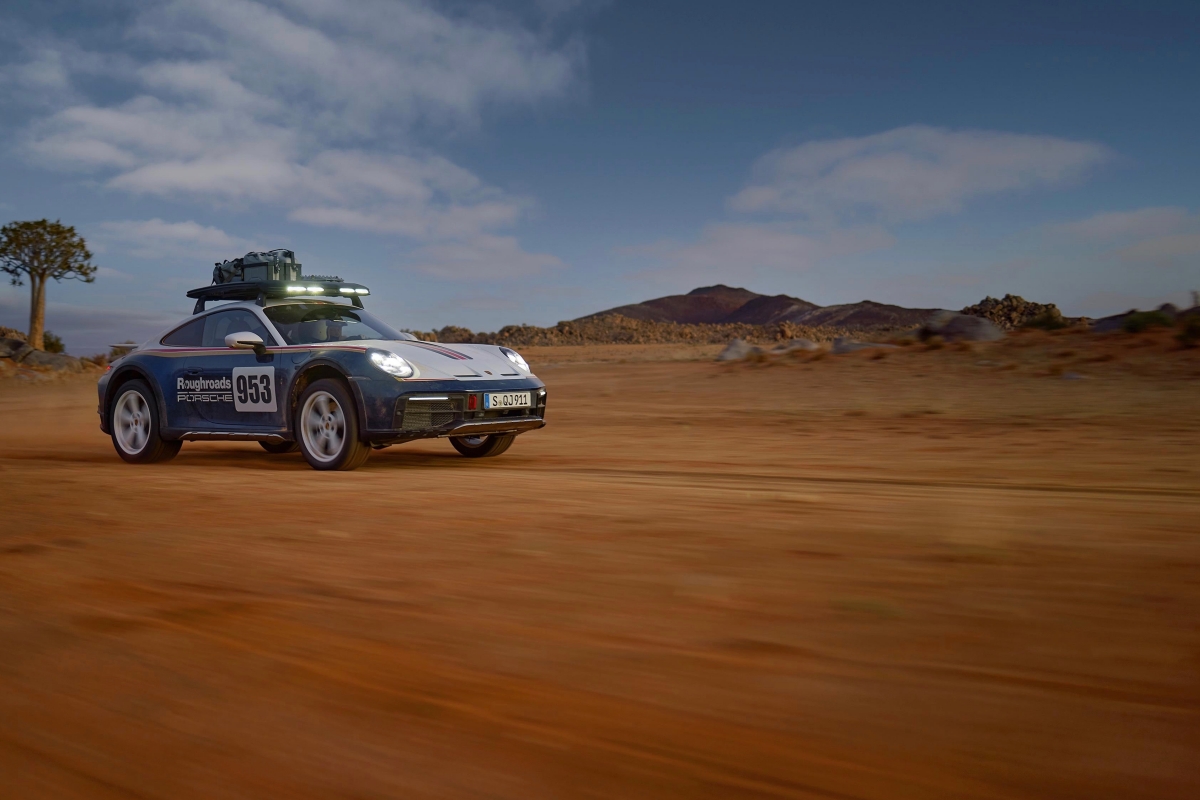 The 911 Dakar also gets an exclusive paint hue, Shade Green, but hands down the coolest feature is the optional Rally Design Package, which decks the car out in the iconic Rothmans Racing colours of Porsche’s 1980s works motorsport teams. 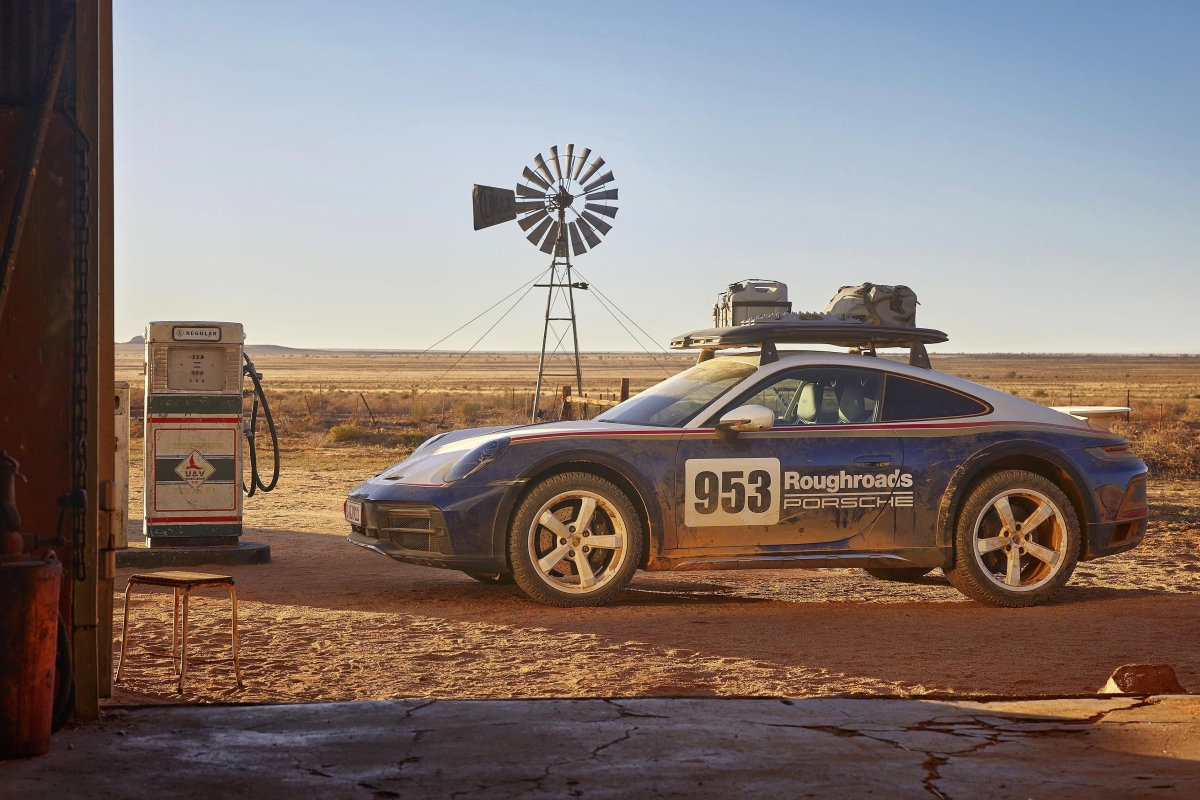 Where the car’s livery harks back to the Paris-Dakar’s racing ethos, the other major option of the 911 Dakar ties in to the rally’s overlanding spirit. The roof basket (complete with integrated spotlights) is where you can store your oh-no-I’ve-gotten-stuck paraphernalia such as sand ladders, jerry cans, and shovels. And if you get really stuck and need to spend a night in the wilderness while waiting for rescue, there’s an official roof tent as well! 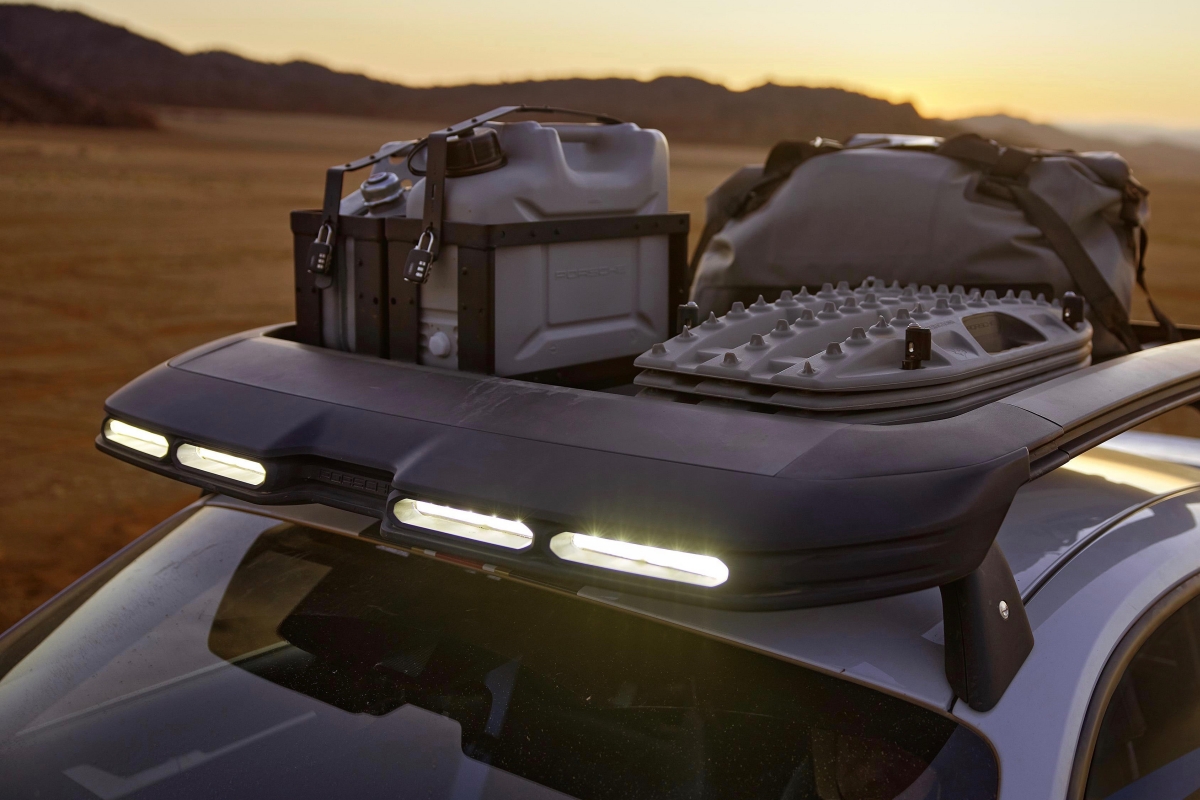 Though rare, this isn’t the first time exotic cars have taken to the rough stuff. The car that won the first ever World Rally Championship in 1973 was the Alpine A110, and through the years the Lancia Stratos, Lancia 037, and Ford RS200 have kept on flying the supercar flag off-road. 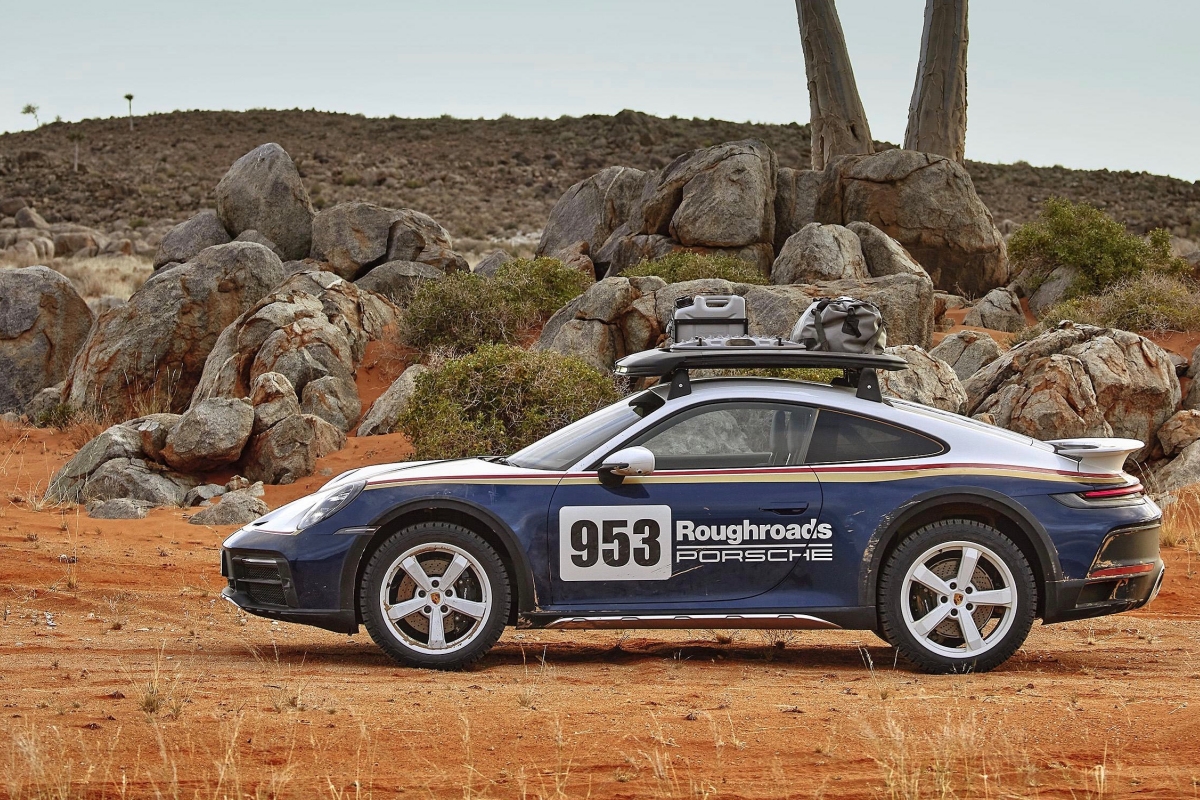 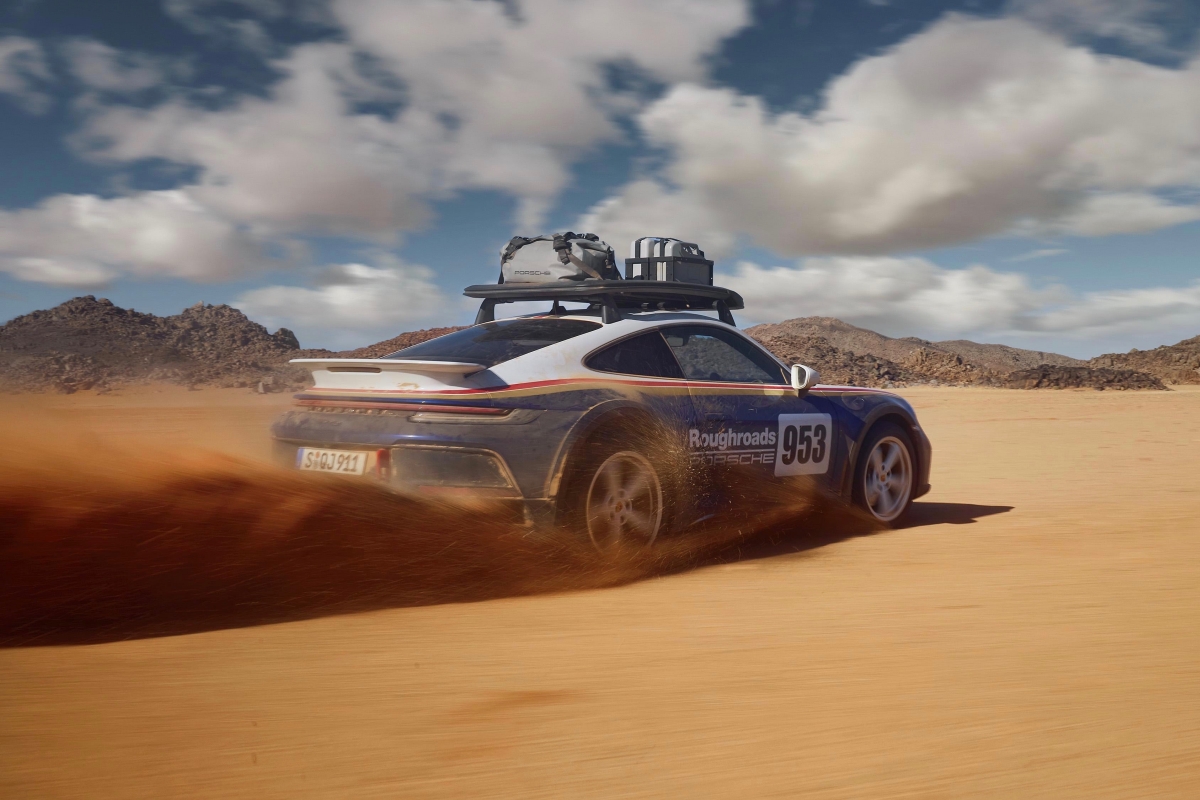 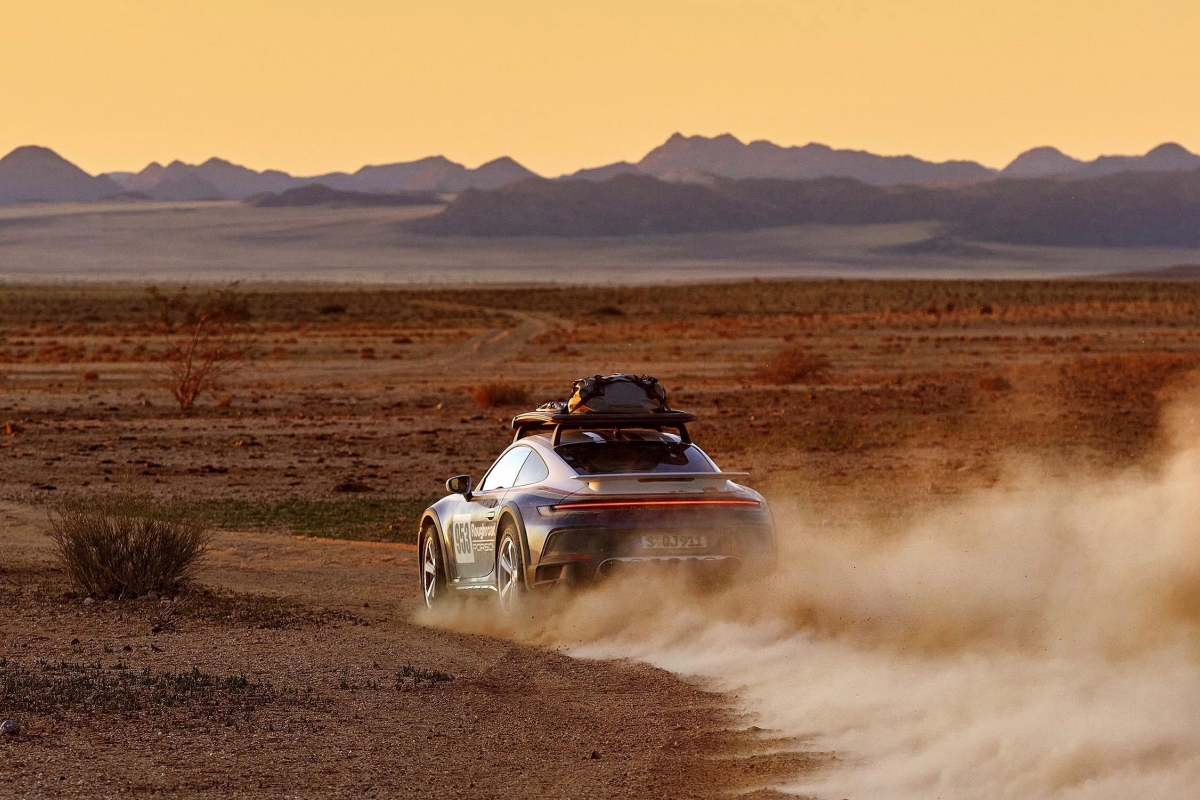 And Porsche itself has extensive history with rallying. In the ‘60s, the original 911 conquered the Monte Carlo Rally multiple times; in the ‘70s Porsche brought the 911 SC to the Safari Rally; and in the ‘80s they won arguably the most gruelling event of all: the continent-crossing Paris-Dakar Rally. 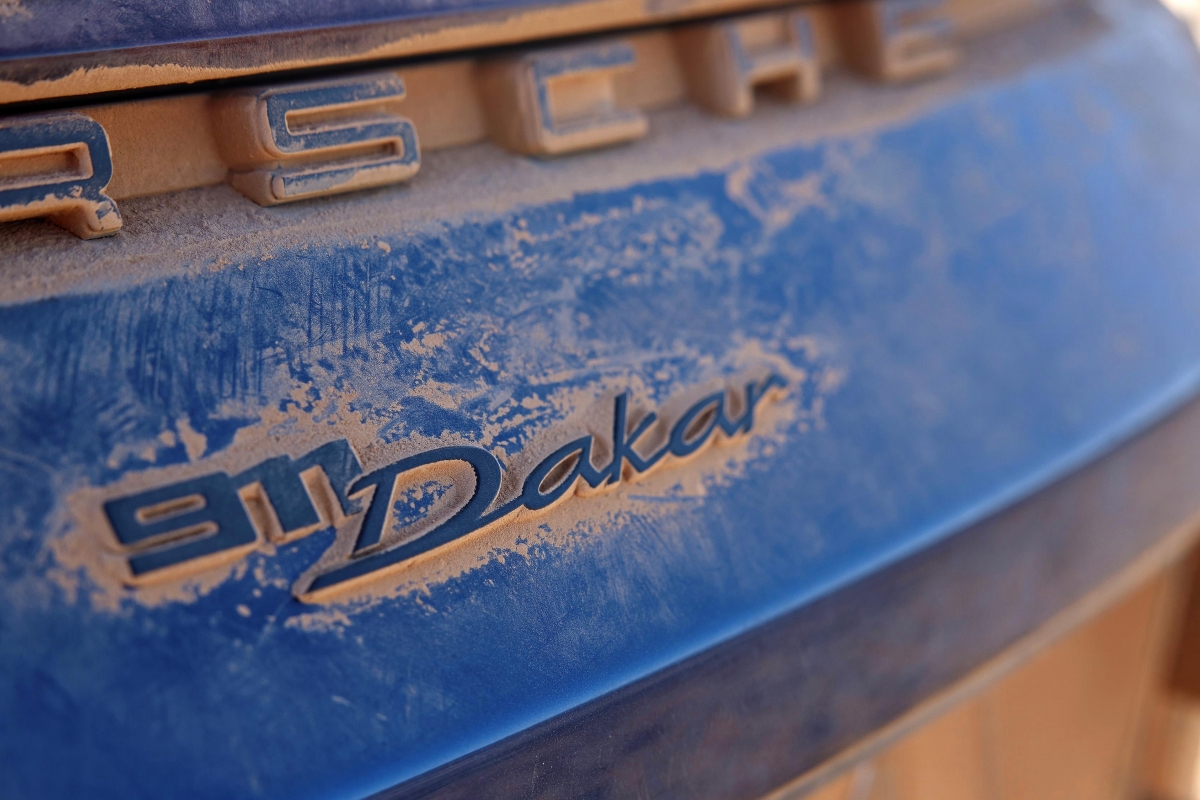 That’s what the racing number in the Rallye Design car references by the way: the Porsche 953, which won the Paris-Dakar in 1984. This was the first-ever all-wheel drive Porsche 911, and served as a sort of proof of concept for the company’s Group B rallying ambitions. That plan ultimately got torpedoed by external circumstances, but the resulting 959 (which won the same event in 1986) then sowed the seeds for every single AWD 911 thereafter. 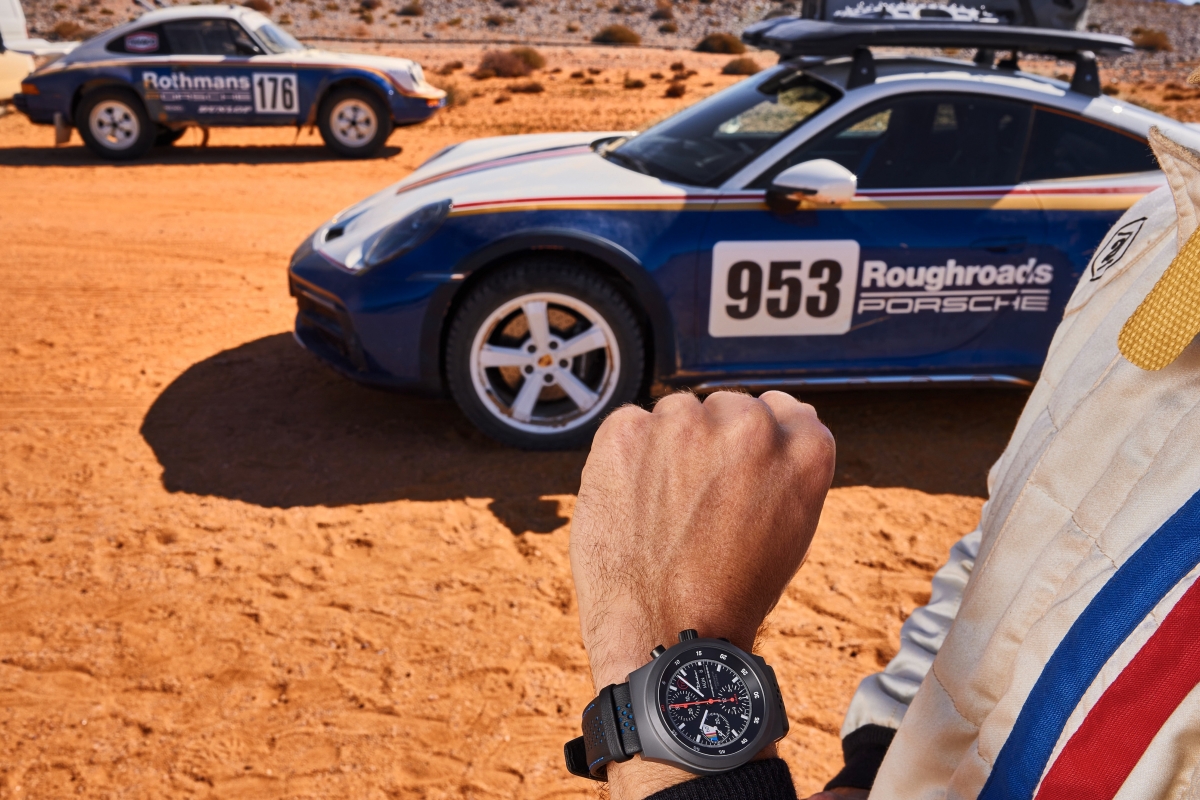