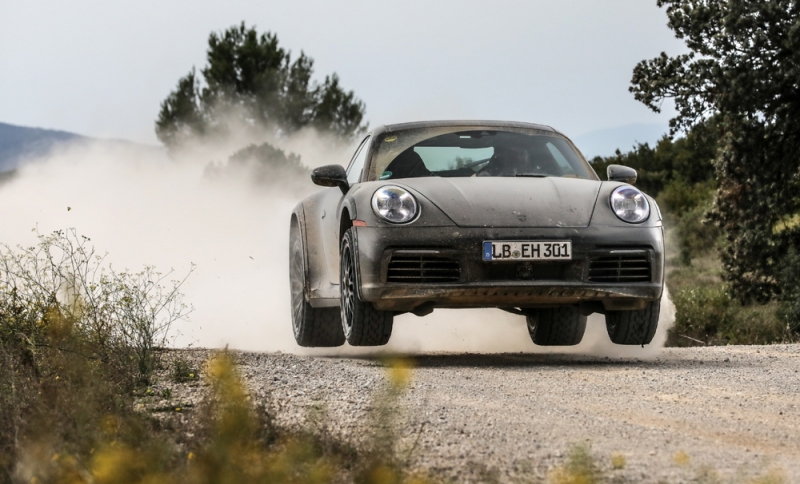 Off-road Porsche 911 confirmed: We were right!

Porsche 911 Dakar confirmed ahead of its Los Angeles Auto Show debut next week.

Less than a week ago, burnpavement.com speculated that an off-road variant of the Porsche 911 was in the works when it announced that a pair of 911 prototypes successfully scaled the World’s Tallest Volcano in Chile, South America.

Today, the first images of what will be launched as the Porsche 911 Dakar next week at the Los Angeles Auto Show have been released. The name is a nod to the German sports car maker’s success in the Dakar Rally of 1986 where it entered the legendary 959. 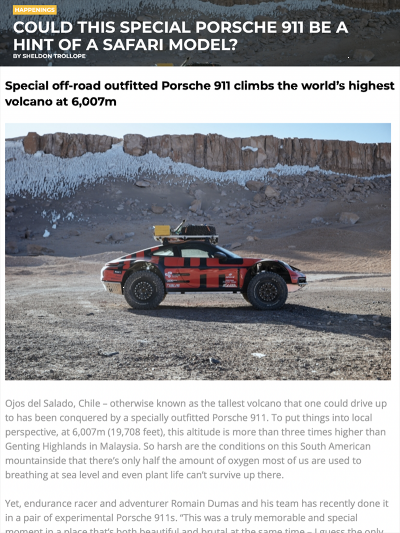 Instead of simply slapping on some knobby tyres and jacking up the ride height, in typical Porsche fashion, the 911 Dakar has been thoroughly developed to be a proper off-road capable model.

With over 10,000 kilometres of testing over some of the harshest terrains imaginable, it was tested extensively at the Château de Lastours test track in southern France, which was used to test the car’s handling on typical rally courses and to fine-tune the suspension. 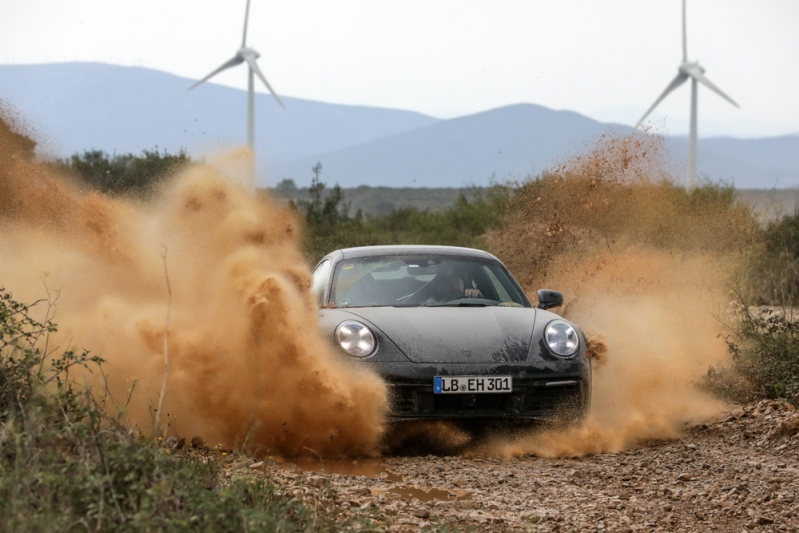 “All Dakar teams come here to test their cars in Europe before the rally,” says Porsche works driver Romain Dumas, who also led a team up the volcano at Ojos del Salado. Even jumps were no problem for the chassis thanks to the robust design and increased ground clearance.

Likewise, the 911 Dakar handled sweeping drifts with aplomb. “I knew what a 911 could do on the road,” says Dumas, “but I was absolutely stunned by how well the car performed here on the loose.” 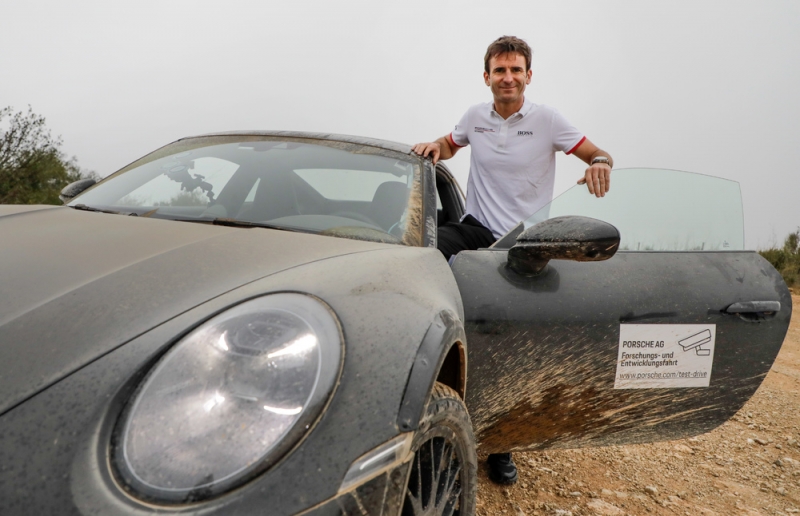 Rallying GOAT and two-time World Champion Walter Röhrl also put the 911 Dakar through its paces over the frozen lakes of Arjeplog, Sweden. 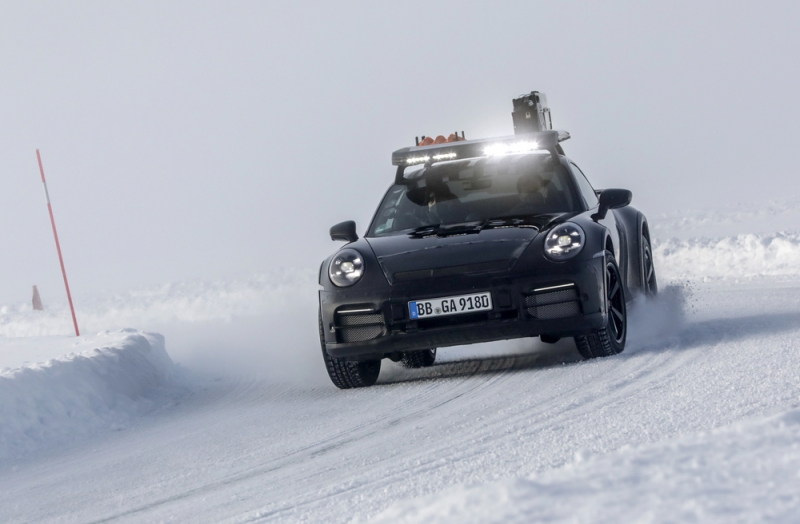 With the low friction coefficient on the snow, it was all about traction and steering precision. Even off-road, a Porsche 911 has to provide accurate feedback.

Röhrl, a Porsche brand ambassador was enthusiastic: “The car is incredibly fun to drive,” he says. “Everything works so precisely and calmly. No Porsche customer will believe all the things you can do with this car before they’ve driven it themselves.” 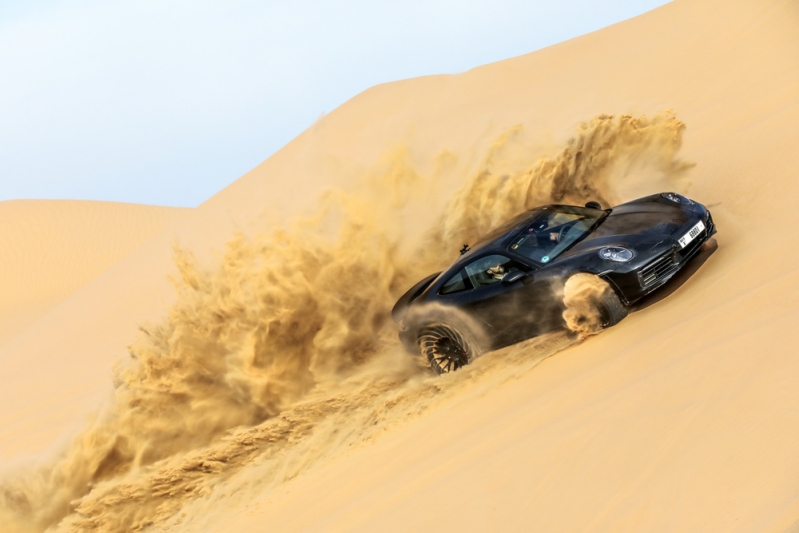 Given Porsche’s positioning, the sand dunes and deserts of the Middle East are expected to be where the 911 Dakar will be used a lot.

To this end, 911 Dakar also had to prove itself on fast sand tracks and high dunes. In Dubai and Morocco, test drivers mercilessly drove the off-road sports car up steep, 50-metre dunes in temperatures of up to 45 degrees Celsius time and time again. 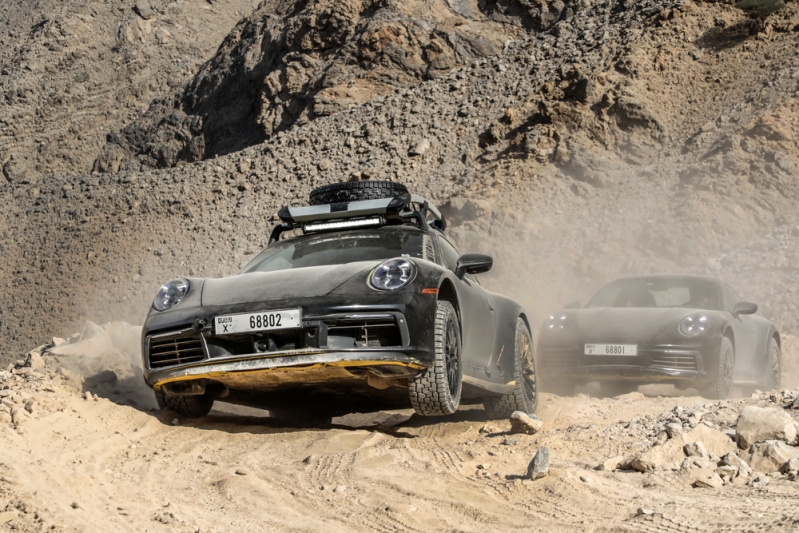 “The 911 Dakar delivered a commanding performance even in the desert,” says Frank Moser, Vice President of Model Line 911/718.

“Especially here, the 911 Dakar can make the most of its conceptual advantages – the combination of low weight, higher ground clearance, a powerful rear-mounted engine and the short wheelbase make for an exhilarating driving experience. I was able to experience it myself on test drives in the Sahara.” 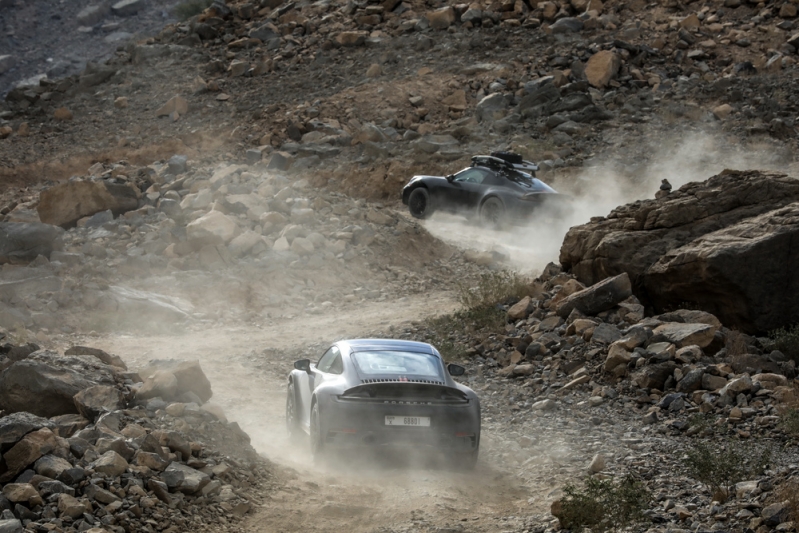 More details to follow as they are revealed over the course of next week. Watch this space.