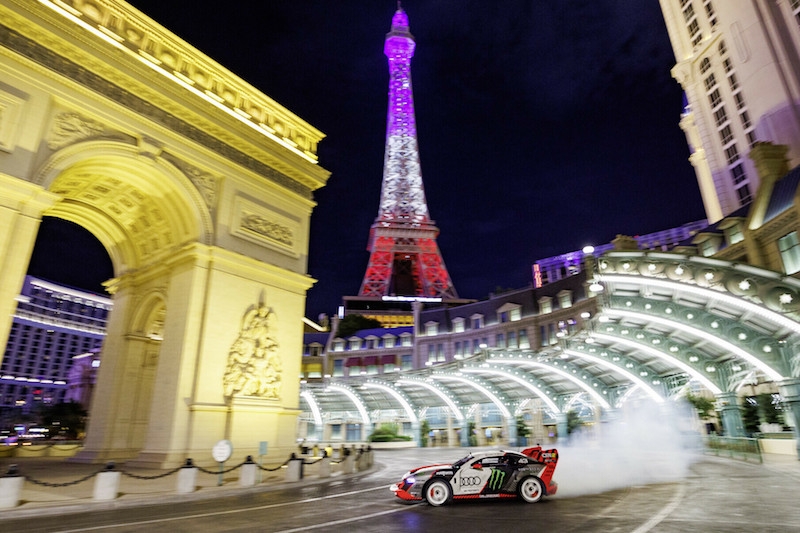 “Electrikhana” is the latest installment of the viral Gymkhana video series, and the first to use an EV.

Sublimation: the process by which matter turns from a solid state to a gaseous one. It’s a basic enough science concept, usually presented by chemistry teachers using dry ice. In Ken Block’s School of Alternative Science however, tyres are the preferred medium of demonstration. And the laboratory is the streets of Las Vegas.

That’s the setting for Block’s latest Gymkhana video, the decade-long series famous for transforming tyres into smoke signals (and also for some seriously jaw-dropping driving stunts). This, the 12th installment in the series, is called Electrikhana, because it’s the first time electric power is fuelling the show. 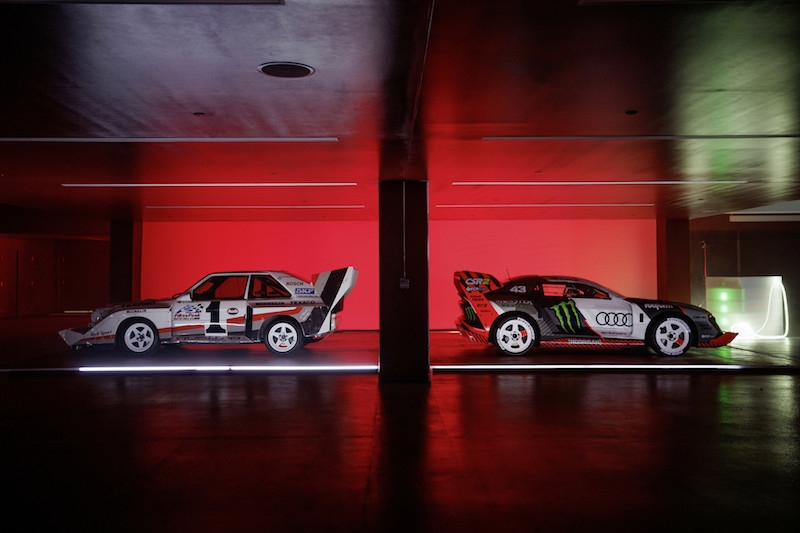 The star car is the Audi S1 Hoonitron, a one-off, carbon-bodied, all-electric homage to the legendary bewinged and bedazzling S1 E2 Quattro. Audi hasn’t revealed much by way of technical details, but apparently it packs four 17.3kWh batteries from a Q7 plug-in hybrid, runs on an 800V electrical system, and is powered by a Formula E electric motor on each axle, which are said to produce 3,000Nm of torque each. 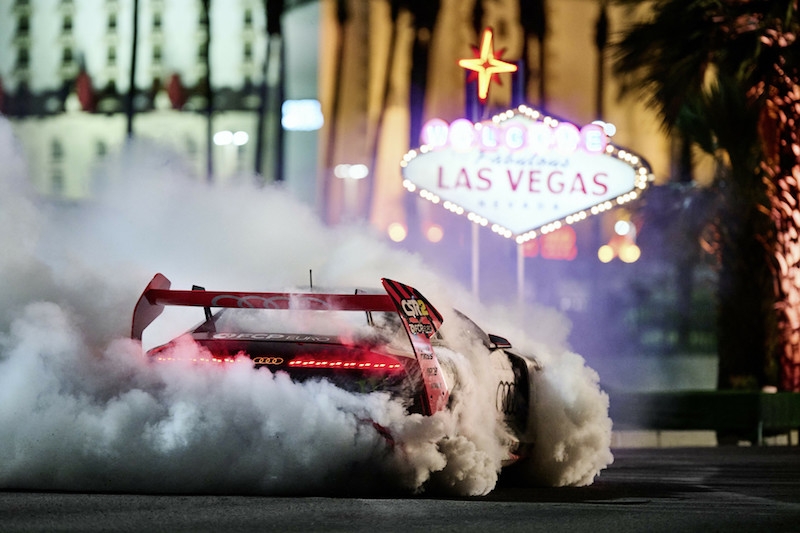 That resulted in Block chewing through a lot of Toyo tyres throughout the filming of Electrikhana, about a hundred of ‘em. That’s more than double the 40 tyres previous Gymkhana installments tended to require - and one of those was even with a 1,400hp twin-turbo V8 Mustang! 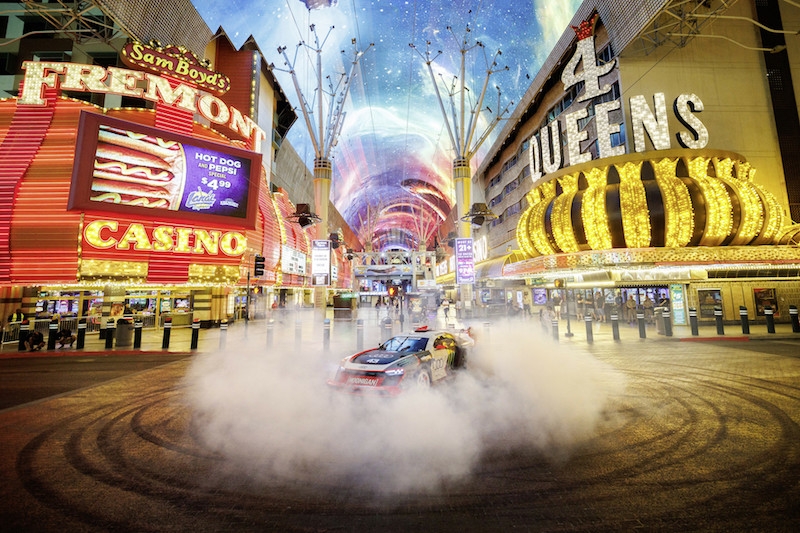 The upshot of the Hoonitron though is that it presented Block and the Electrikhana crew new opportunities for stunts and sequences, as well as locations. For example, full-throttle 360-degree spins down the Las Vegas Strip, or donuts inside the lobby of a casino. 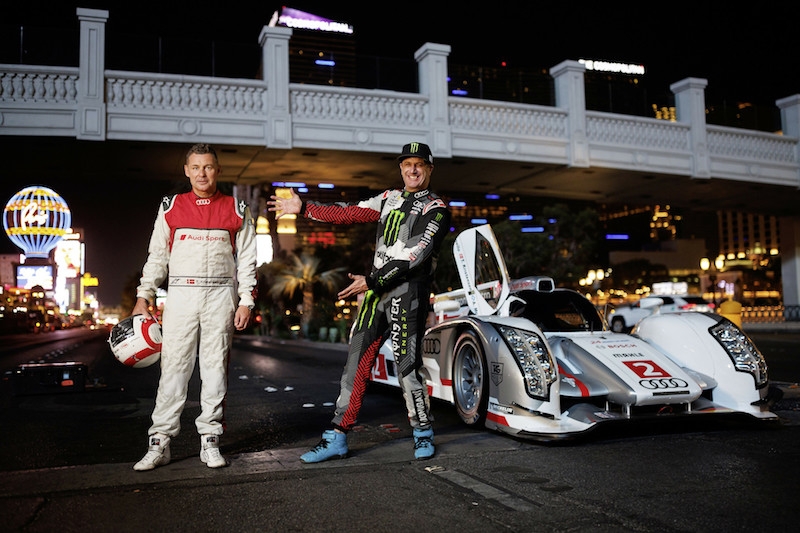 And as a bonus treat to petrolheads, Audi rolled out plenty of their classic race cars for cameo appearances throughout the video, from original Group B rally cars, to flame-spitting IMSA touring cars, to a couple of the all-conquering Le Mans Prototypes. 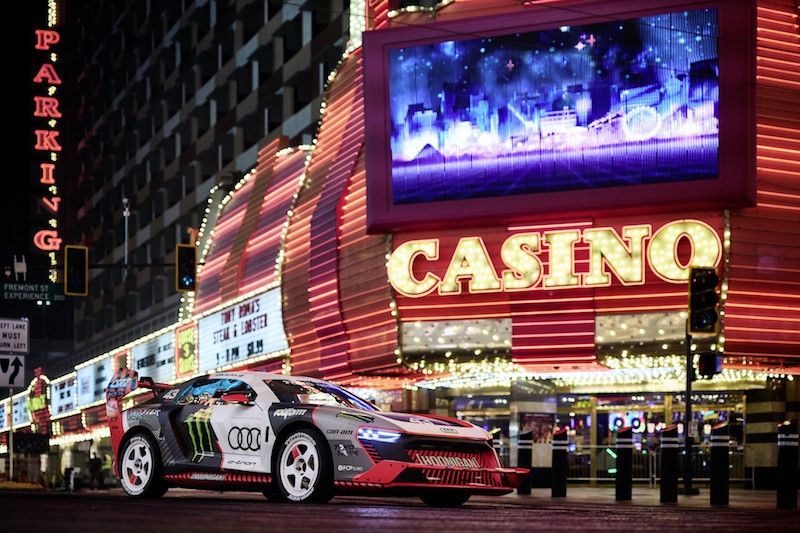 So if you have a few spare minutes and a deep, irrational hatred for all things black, rubber, and ring-shaped, check out the video here: